Accessibility links
Sean Price, Well-Loved Brooklyn Rapper, Dies At 43 : The Record The death of the highly respected hip-hop figure prompted an outpouring of tribute and personal stories from his community this weekend. 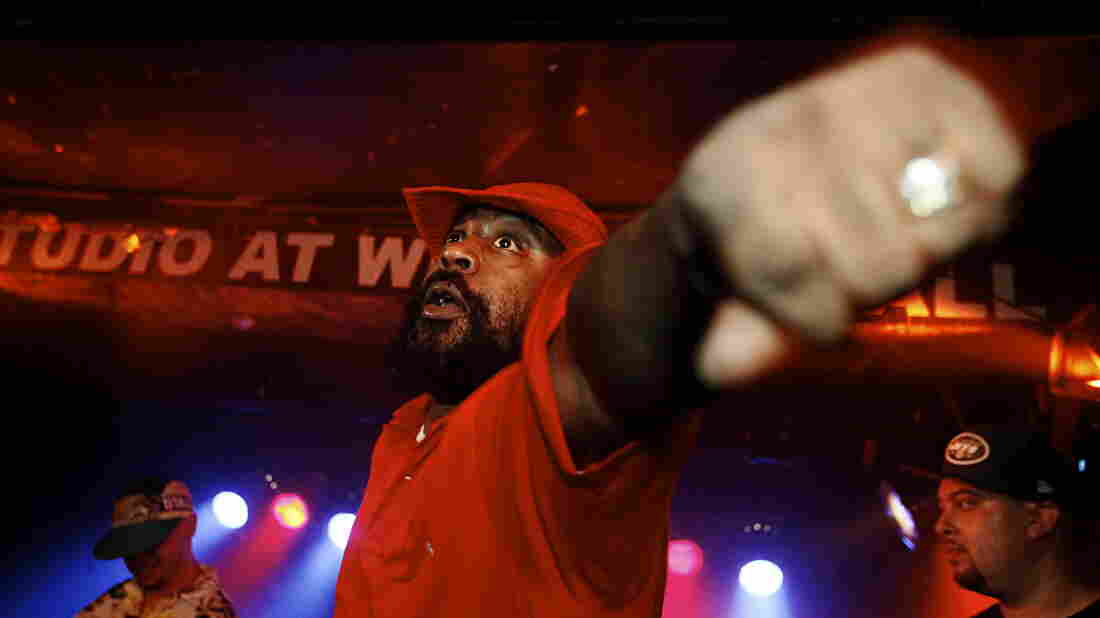 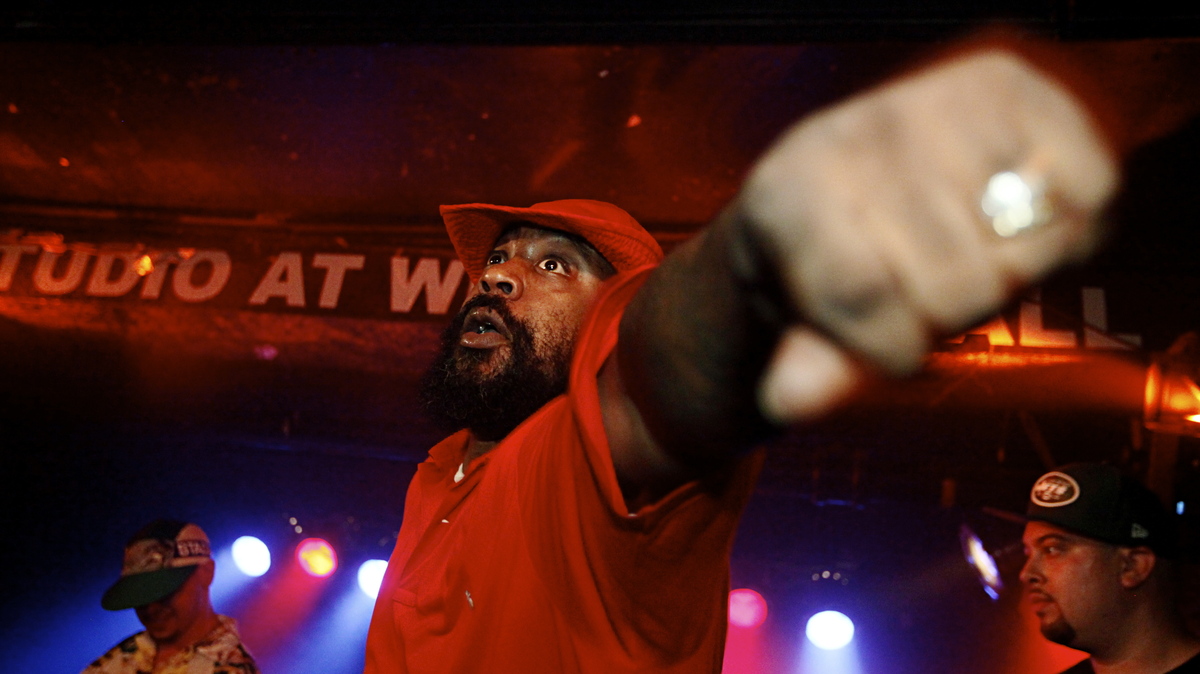 Sean Price onstage in New York City in September of 2014.

Rapper Sean Price died unexpectedly in his sleep early Saturday morning at his home in Brooklyn. The highly respected and well-loved figure in hip-hop was just 43 years old.

Price was known for taking no prisoners when he got on the microphone. His was principled aggression and his presence was alpha. His rhymes were often dazzling, and he was impatient with mediocrity, though he did have a soft spot for puns.

"He was really one of the most genuinely funny people that I knew," says the New Jersey born producer known as Just Blaze, who was cracking jokes with Price on Twitter the day before he died. He remembers Price's very dry humor, his inclination to say outlandish things in a way that was so witty you couldn't help but laugh. "You know a lot of rappers have fake charisma? Where they can turn it on when the cameras are on, but that's not really them? He was just the same dude all the time."

He was the same dude from the early '90s through today. Sean Price got his start in hip-hop as half of the duo Heltah Skeltah, which produced two classic albums. They were also part of the supergroup of New York rappers called the Boot Camp Clik. And Price made a name for himself as a solo artist who collaborated with the contemporary generation of rappers and producers.

"Aside from what I feel," says Just Blaze, "the hip-hop community in general, we've lost a legend. I mean, this man did what he did, did it over the span of almost two decades, and consistently got better."

"Obviously, he's a street dude, came from a rough environment. But at the same time, still kind of had those same nerdy or geeky tendencies that I had. You know what I mean? There's actually a lot of dudes like that, but you would just never know because they keep that guard up so much. There's plenty of dudes who come from the street who are the hardest of the hardest street dudes, who go home and read comic books."

Sean Price leaves behind his wife and three children. His latest project, Songs in the Key of Price, is due out later this month.