Accessibility links
Lil Wayne In New Orleans: Hot Boys, History And Homecoming : The Record The show was improbable and internal — a roster of cameos reflecting the city's tradition of bounce music and Cash Money Records — and its ringleader was a local superstar happy to share the stage. 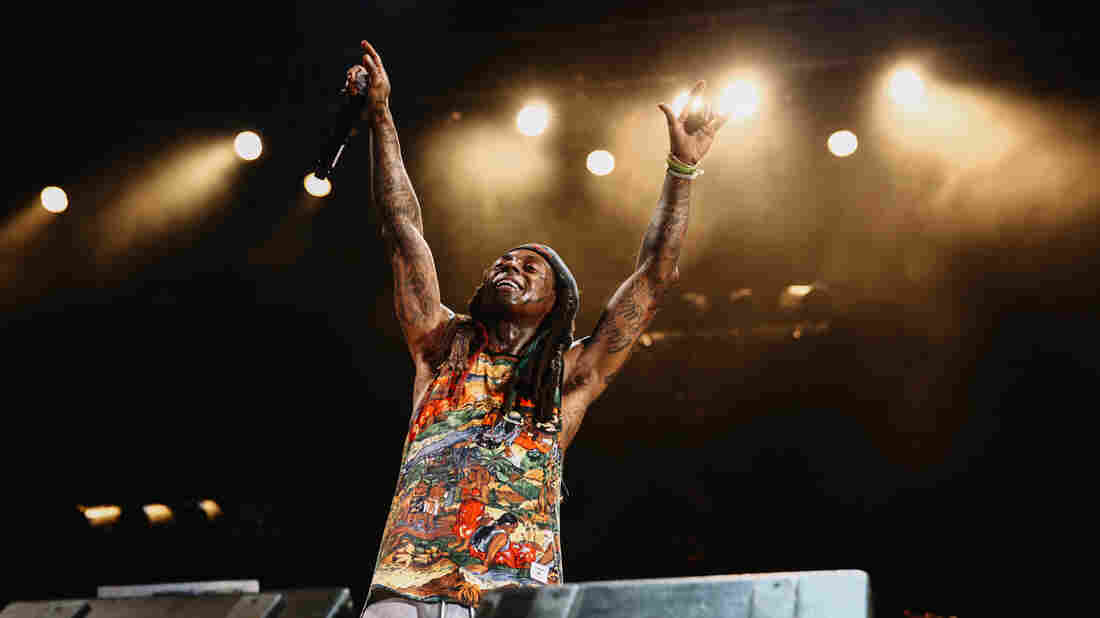 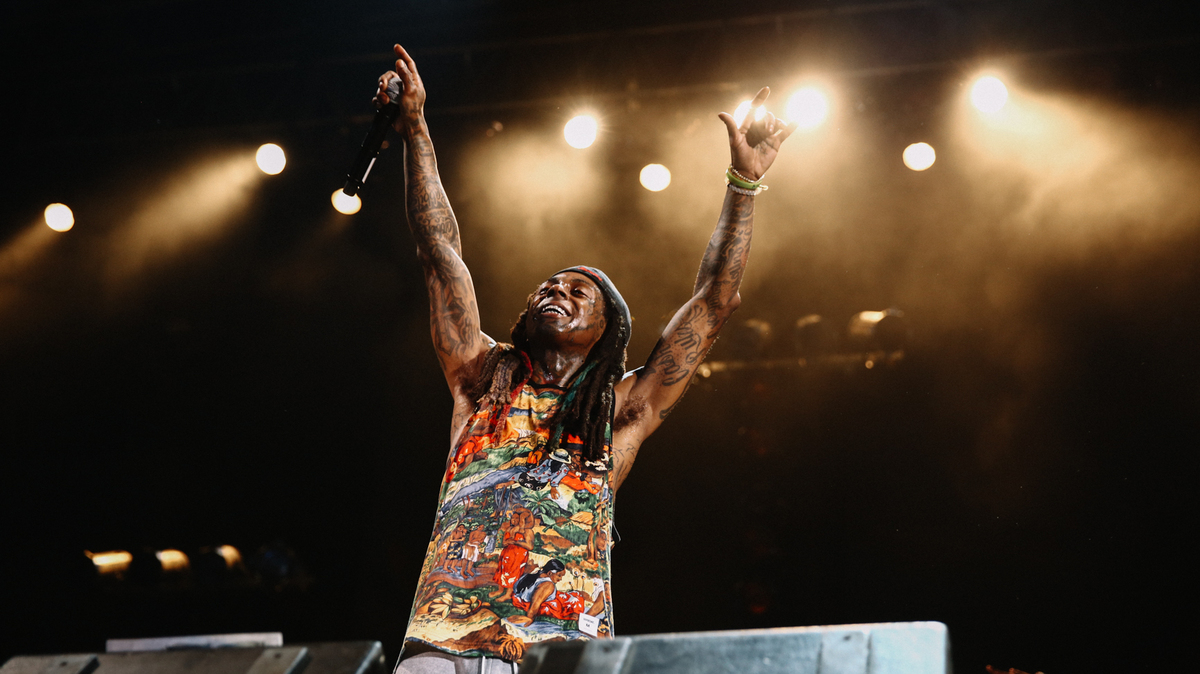 More than 20 years into Lil Wayne's career, the froggy-voiced, diminutive rapper is hardly ever described as an elder statesman. But as he bounded through a nearly three-hour set at Friday's Lil Weezyana Fest, a performance held fittingly at Champions Square, the outdoor plaza next to the Mercedes Benz Superdome built to commemorate the Saints Super Bowl-winning 2009 team, the dreadlocked artist merely skimmed his biggest pop victories, like "Lollipop" and "Love Me," songs that have made him a bankable headliner worldwide. He hadn't performed in his hometown for close to six years and the eponymous showcase, marking the ten year anniversary of Hurricane Katrina, had been billed as a homecoming, an official reunion of the Hot Boys, the group with which he received his first success.

We'd have to wait to get to all that, though. The star didn't hit the stage until almost two and a half hours after the crowd packed in, anticipation wilting in the 80 degree heat. As I navigated back and forth between the general admissions scrum pressed elbow to elbow dozens of yards from the stage and the VIPs in the bleachers staged to their right, I could see that single verses off the iTunes bestsellers were going to be fine selfie background noise for the business bigwigs with wristbands and the post-K transplants lit by glow necklaces. The lifelong New Orleanians sporting Free B.G. shirts and freshly unboxed sneakers, however, were as listless as Wayne himself. 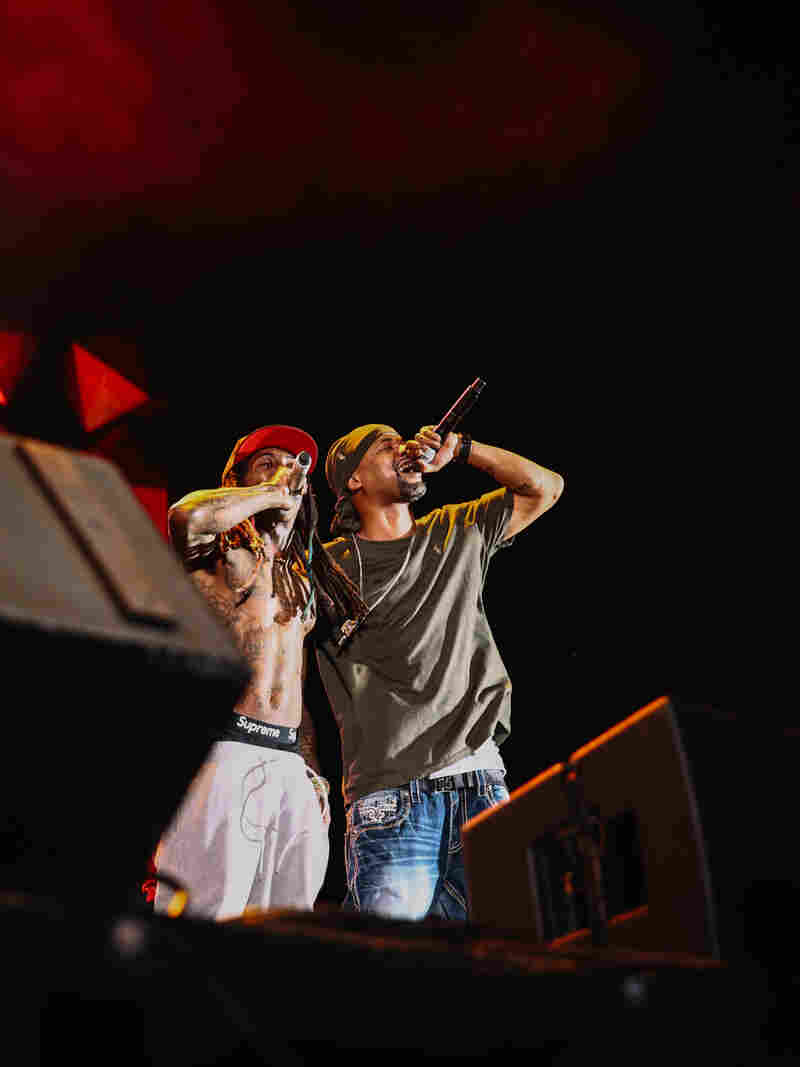 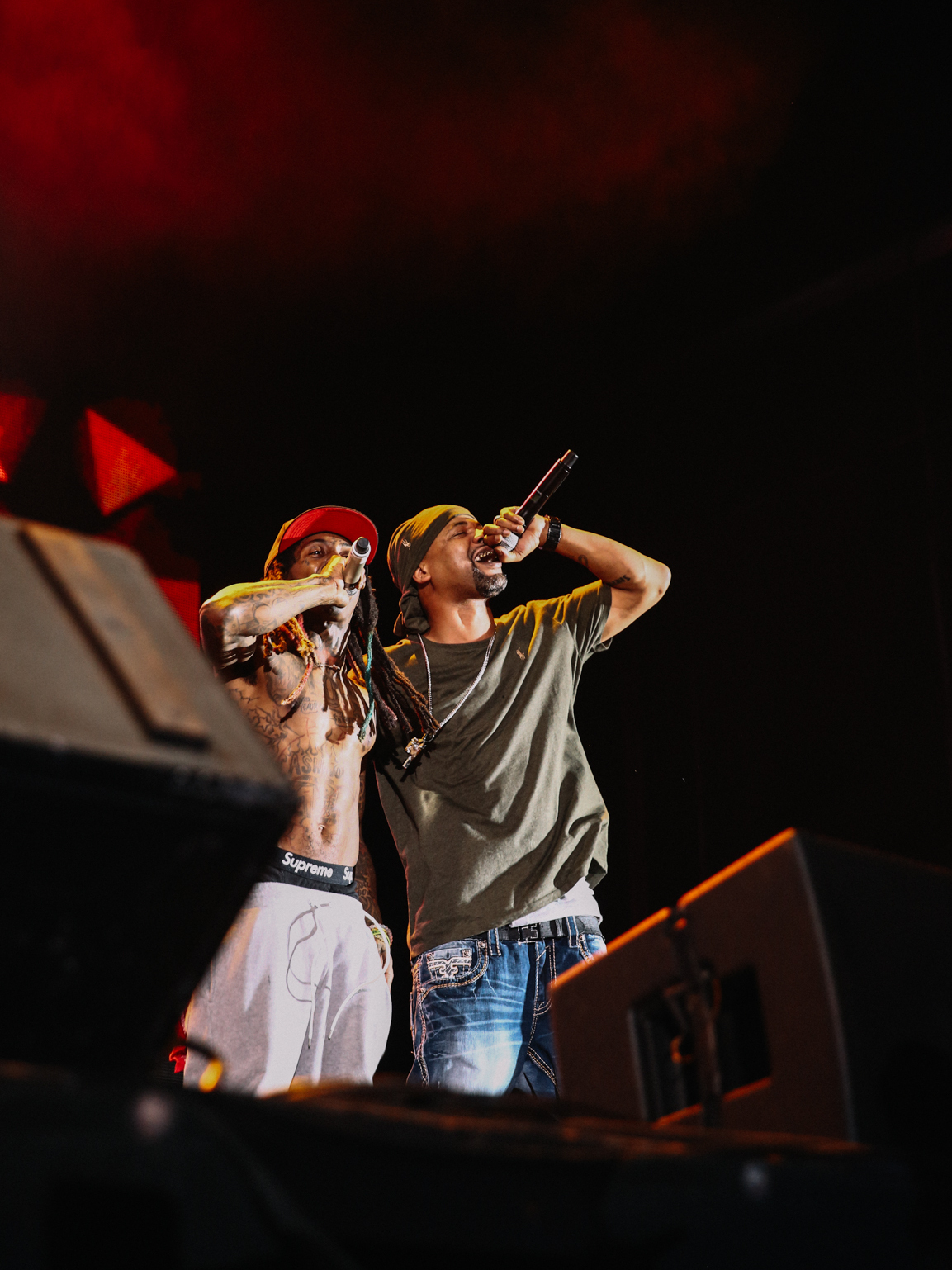 It wasn't until the Top 40 warmup ended that he and the people came to life. The biggest reactions came next, when the rapper ad libbed alongside (and sometimes background danced for) a long list of New Orleans bounce rappers in a set that reached its peak the further it dug into the past. As the now 33-year-old star trotted out the city's rap OGs, formerly disgruntled record labelmates and one-time competitors, the crowd shouted familiar lyrics in warm unison with their performers, notably reunited without the intrusion of Bryan "Baby" Williams, the founder of Cash Money Records, Wayne's svengali and the executive who signed and then alienated many of the night's guests. Instead, it was Lil Wayne who orchestrated the resurfacing and who acted as ringleader and fan.

From a national vantage, the term "New Orleans musical great" conjures a lineage that streams through Dr. John, The Meters, Louis Armstrong, Fats Domino and back through dixieland and brass band jazz. But locally, the music that has become tradition over the past 25 years, the sound that saturated an entire generation of New Orleanians, is dominated by Cash Money Records. Its music made up the majority of the playlists of the most popular radio broadcasts in the city, abutting and outperforming the East and West coast rap that infiltrated in the '90s. It still pours out of parked cars and daiquiri shops, lilting lyrics spit in repetition over the jangle of the Trigger Man beat and anchored by heavy 808 drum mixes.

When Wayne first signed with the fledgling independent local label as a 13-year-old in 1995, his mother wouldn't allow him to use profanity in his lyrics. I was a year older as he flitted through the halls of our secondary school, Eleanor McMain Magnet, squeaking out onomatopoeic rhymes while us upperclassmen rolled our eyes. That was long after the label's legendary in-house producer Mannie Fresh had gotten too big to DJ high school dances.

By the time I reached senior year, Cash Money had signed a $30 million distribution deal with Universal Records and gone national with hits like "I Need a Hot Girl" and "Bling Bling" that featured Wayne or his Hot Boys groupmates on their individual albums. In full prom regalia, our class danced until we sweated to Juvenile's "Back That A** Up," the song having just become his first certified gold single. Friday night a capacity crowd of 10,000 shouted along as Wayne, Juvenile, Turk and Mannie Fresh took turns hugging and scampering across stage performing those same songs — 78 million albums sold later.

Much of that music, and the mega hits Wayne has since recorded with his proteges Nicki Minaj and Drake, owes a debt to the bounce music songs that preceded Cash Money's nationwide rise. After opening his Lil Weezyana Fest set with a Katrina video montage, (dismissed with a wave by the local woman standing next to me: "I don't need to see this s***.") and a run of recent popular verses, Wayne harmonized an a cappella version of "Why U Actin' Funny" with Ms. Tee, the two standing arm in arm at the foot of the stage. Wayne sent her off with a kiss "for my Ms. Twinny."

The show of affection went a way to reassuring her and the crowd that this wasn't going to be a soulless, self-congratulatory production. "When I first heard Wayne was putting this together, I was like, he probably don't want me to get in it. But I got that call. I'm glad he's showing the world our culture because it's not just one way. We have different styles of music." Tee, who signed as Cash Money's first female emcee in 1993 only to leave after a financial dispute with the aforementioned founder of the label, beamed after her appearance, and broke with the night's unofficial No Baby Talk mandate. "When I was with Cash Money I left because of money, the same thing that they're going through right now."

She referred to the feud between Wayne and Williams precipitated by Wayne's $51 million lawsuit filed in January against his former mentor for royalties owed. In April, Wayne's tour bus was shot in Atlanta and the assailant's indictment named Williams as a conspirator in the assault, a charge he denies. Previously, Juvenile and Mannie Fresh had left the label citing missing payments, making monetary disputes with Baby another longstanding New Orleans musical tradition. Lil Weezyana was put up by local attorney/celeb Morris Bart and iHeartRadio, and so sidestepped any of the strings that might have been attached to Baby's involvement.

To end his 30-minute bounce departure, Wayne ceded the stage to noted sissy bounce turned Fuse reality TV star Big Freedia. Wayne returned and joyfully demonstrated as DJ Jubilee called out the dances from "Do the Jubilee All," a 1993 hit that was a staple at school dances and block parties and bar mitzvahs. And he served as hype man for 5th Ward Weebie's 2013 hit "Let Me Find Out," which, like Lil Wayne's verse on "Pop That," uses foundational lyrics from the 1992 DJ Jimi bounce song "Where They At." 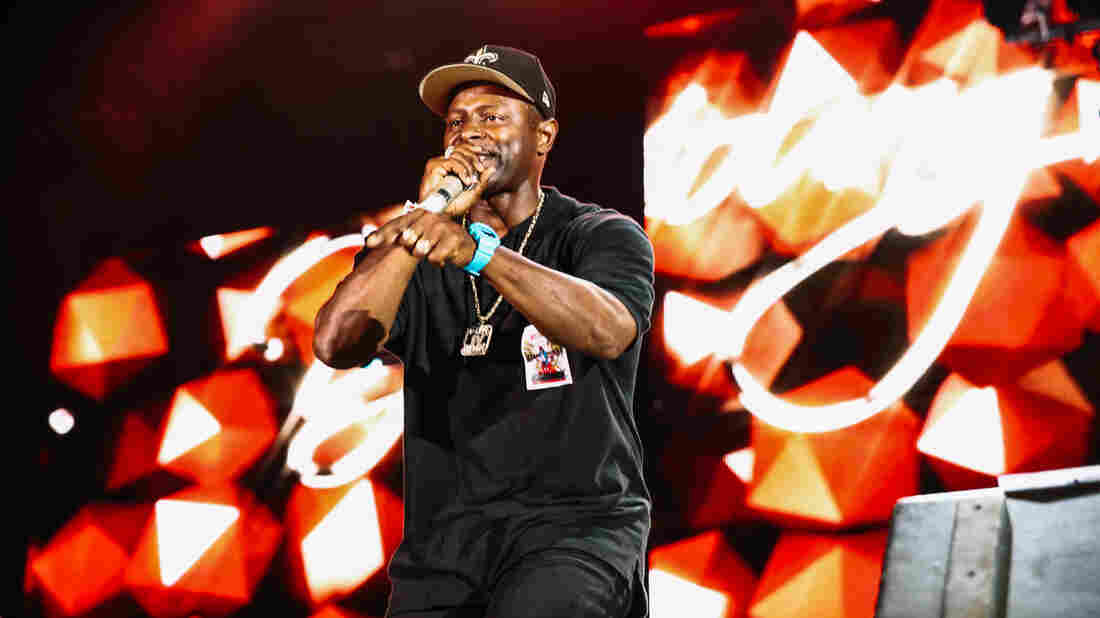 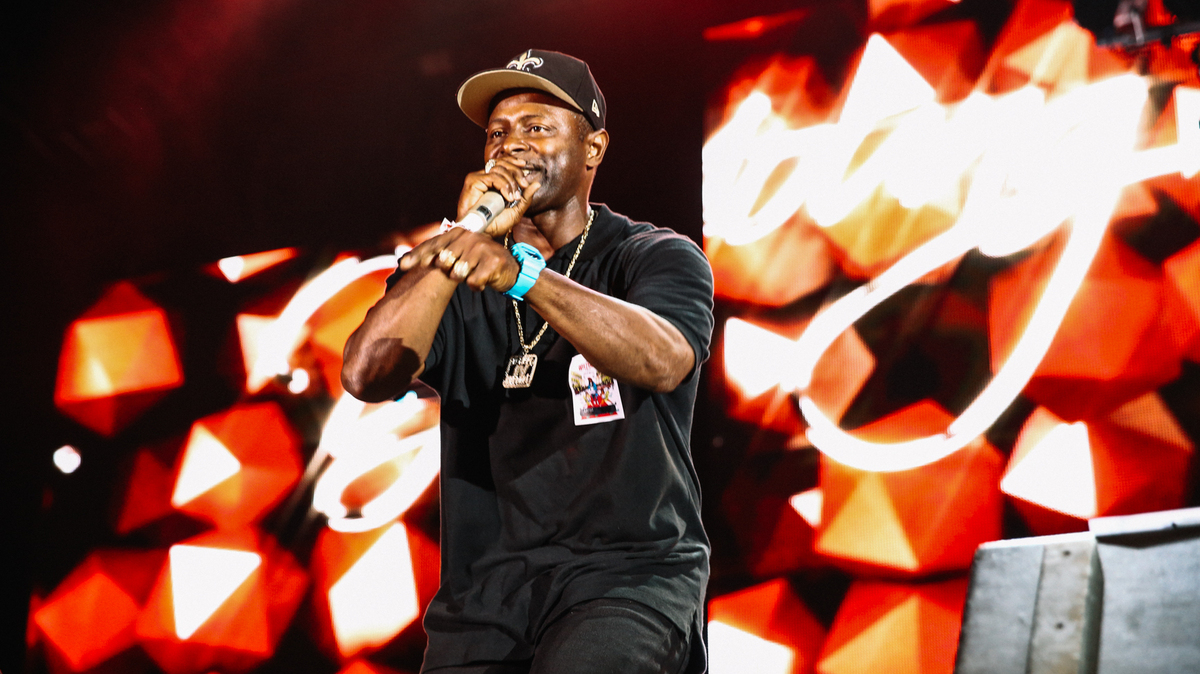 "That's music to me," Wayne said of weaving bounce references into his lyrics. The Grammy winning millionaire was reflecting backstage in a wistful rasp much softer than his onstage yelps. "That's in me. A lot of people know that I don't write. When you don't write you just go off of what you're thinking and so be it. When I hear a beat, I can't lie to you, the first damn thing I'm thinking about is I hear a bounce record to it, I hear an old bounce song to it."

Despite the outsized place that New Orleans holds in American culture, the city itself is relatively small, around 484,000 residents before Katrina hit and slightly smaller (384,000) since. Prior to the levee breach, its populace was notoriously entrenched in its neighborhoods, with generations of families rooted in wards whose demographics are today completely changed, allegiant to housing projects that are now razed and tied to Catholic and public schools splintered by closings and charters. So, in the midst of that bounce sojourn, when Wayne and Jubilee led the crowd in the subgenre's trademark call-and-response chants "What's the name of your school?" and "What ward you from?" it was communal catharsis which jolted the predominantly native crowd for the show's second act. By design, bounce is participatory, a call to represent where you're from or to do described dances. Throwing up nine fingers for the 9th Ward or hunching over as Jubilee and Wayne sang, "I'm from Uptown we 'bout to touch down" was to celebrate an oral tradition without an explainer for the national audience livestreaming the event on Tidal. 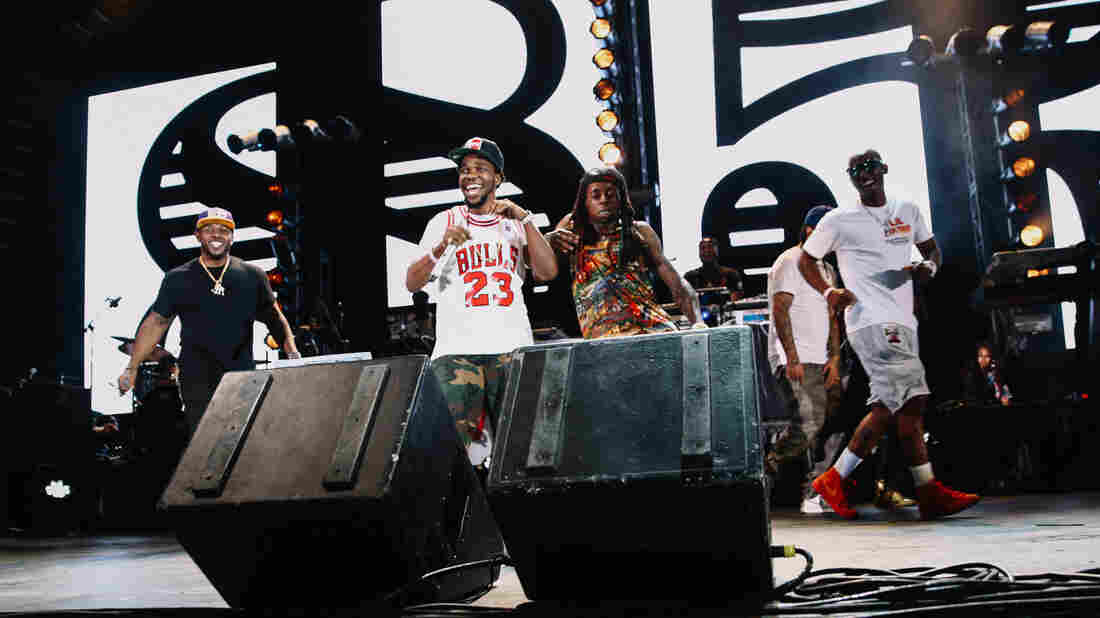 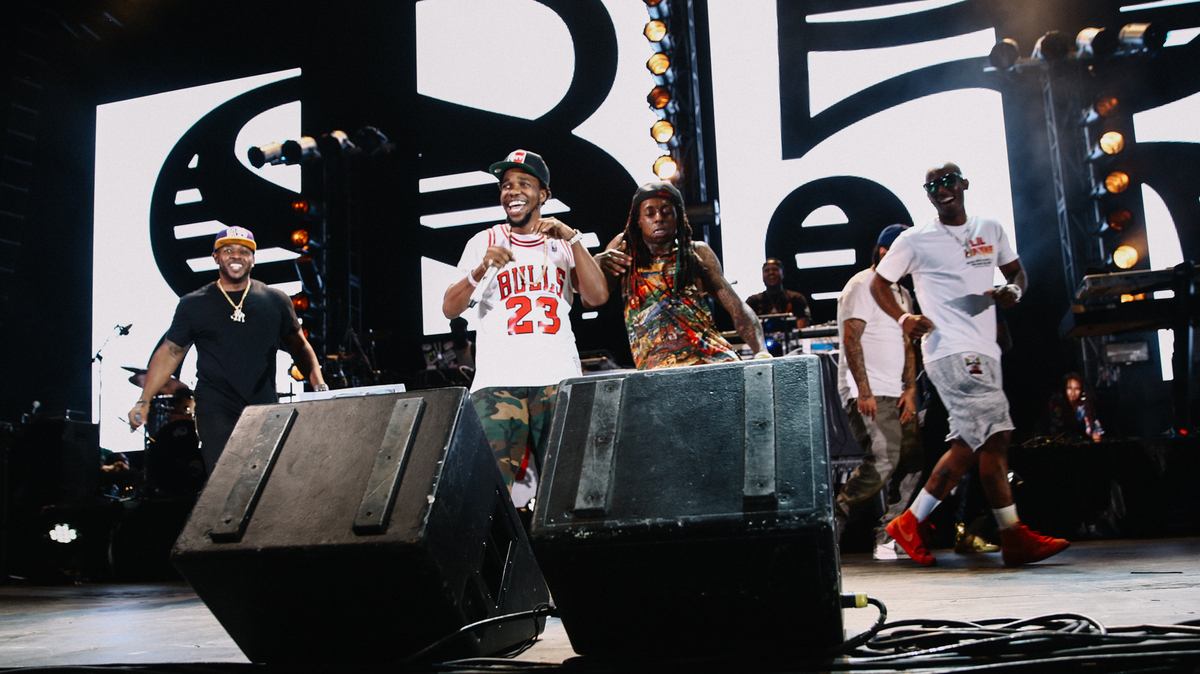 The back and forth ramped up the audience for all that came next: a medley from Tha Carter III, appearances from present day New Orleans recording artists Curren$y and August Alsina, Master P representing No Limit Records' place in the history lesson, a gleeful Drake performing "6 God" and "Back to Back," a brass band and fireworks close reminiscent of Wayne's 2009 Grammy performance.

The only lull in between those came midway through the night, during Wayne's run of memorable mid-aughts mixtape offerings, when he stopped the gregarious rapid-fire party songs to growl:

Now it's them dead bodies, them lost houses / the mayor say don't worry 'bout it

And fat shout to all the rappers that helped out

Yeah we like to thank all of y'all, but f*** President Georgia ... Bush

Lyrics from "Georgia... Bush," a scathing indictment from his mixtape Dedication 2, released a year after Katrina. "I've never done that song [live] and I'll probably never do it again," Wayne said post-performance in the gray underbelly of the stage. "But if there's ever a time to do it, here it is."

Earlier that day, W. had made one brief, tone deaf stop at a local school, where the former president said of his administration's response to the storm, "I hope you remember what I remember." As Lil Wayne wrapped up Lil Weezyana Fest thanking his mother, his daughter, the audience and God, before triumphantly yelling "We still here" to a sweat-drenched crowd, one thing was clear. New Orleanians decide what will and won't be forgotten. 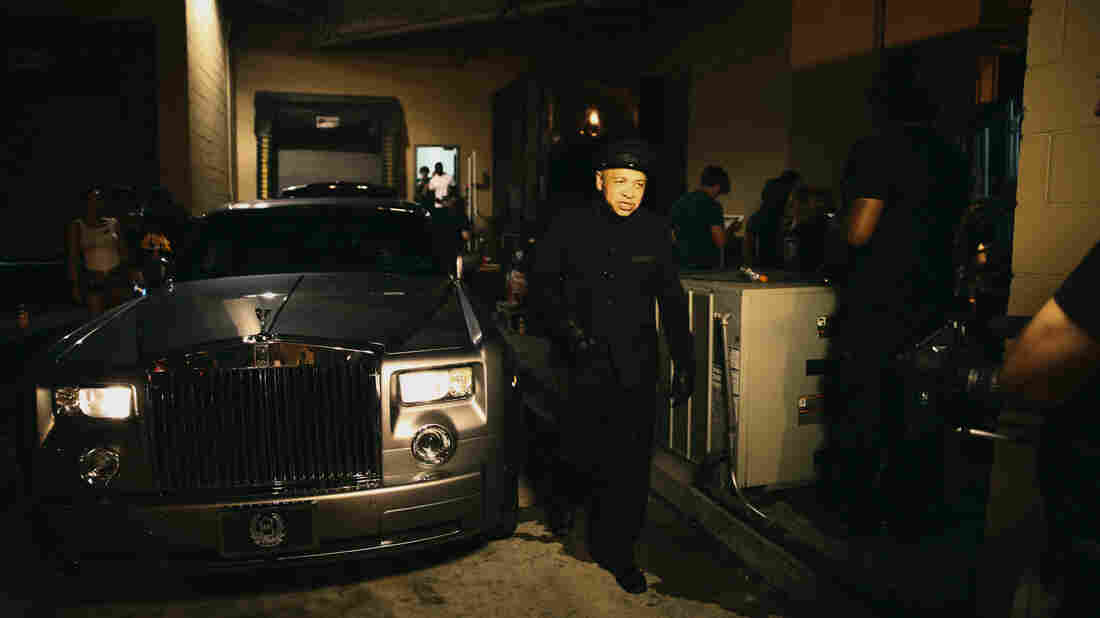 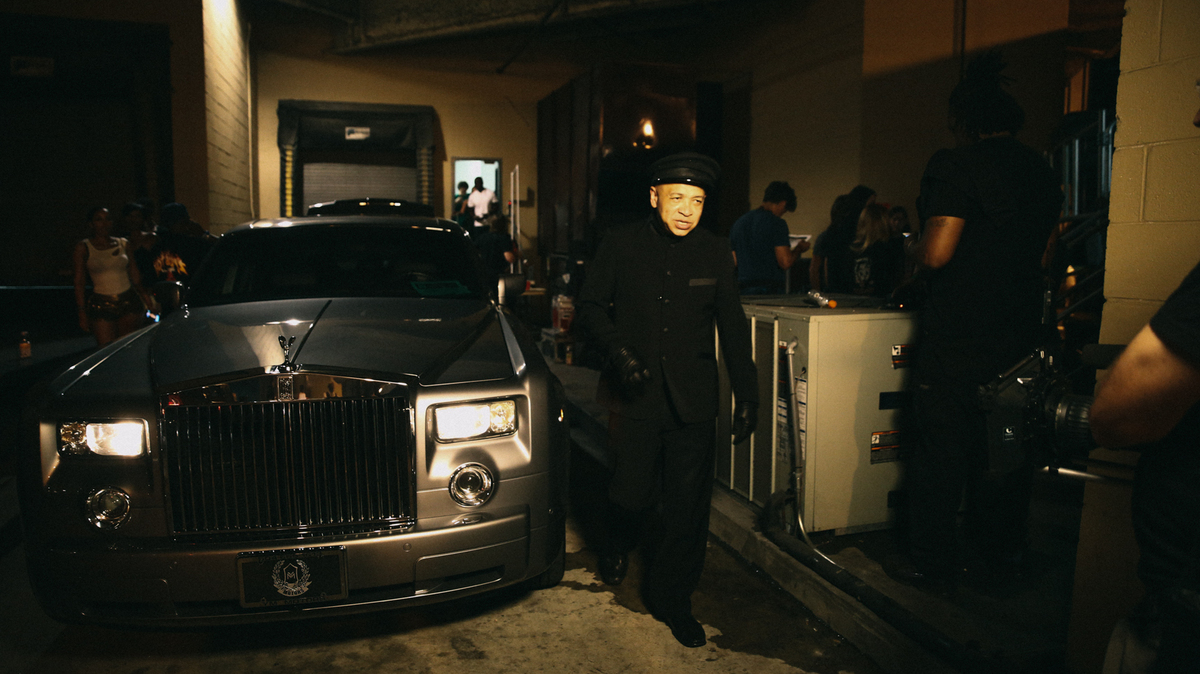 Deep backstage after the show.