Accessibility links
A.R. Rahman Responds To Fatwa Issued For 'Muhammad' Biopic : The Record A Muslim group in Mumbai has issued a religious edict against Oscar-winning composer AR Rahman — because he scored an Iranian film chronicling the life of the Prophet Muhammad. 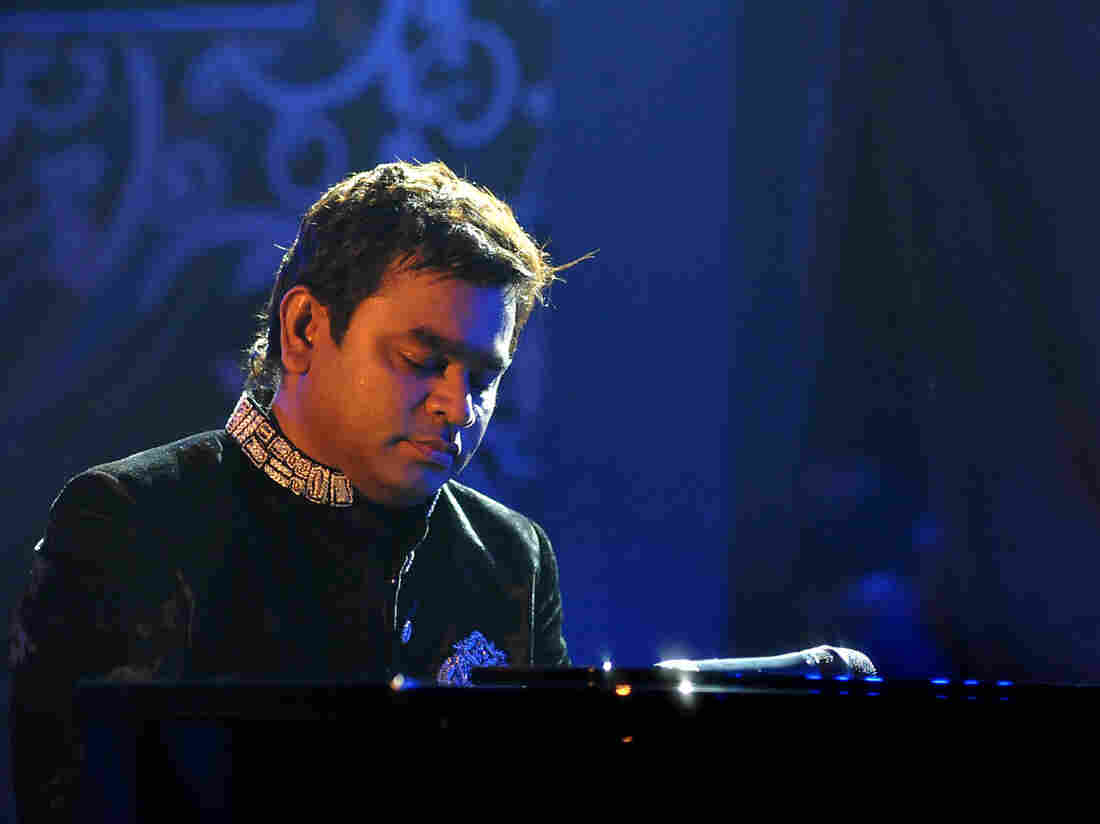 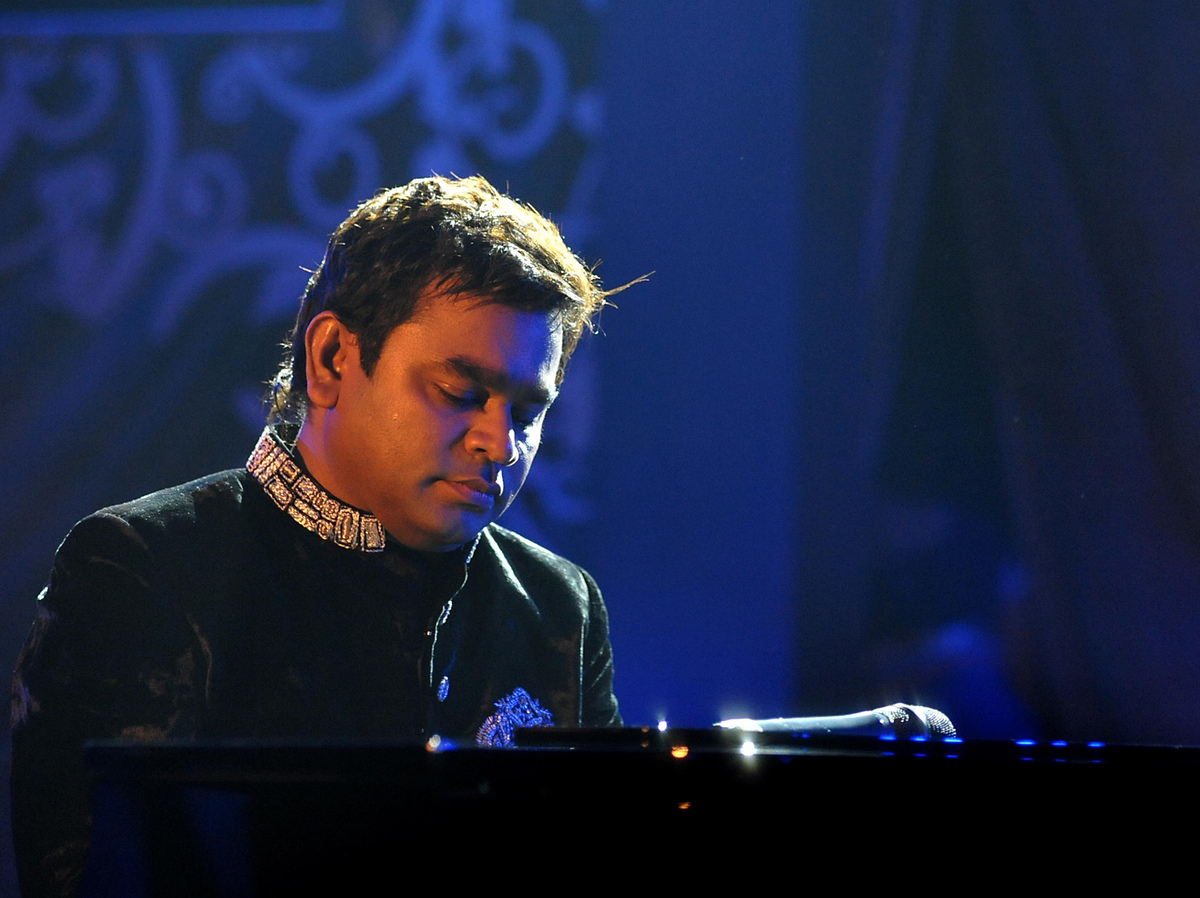 A big-budget Iranian biopic depicting the childhood of the Prophet Muhammad has already faced a fair amount of backlash. But now the film's director and its composer — the hugely popular Indian musician A.R. Rahman — have had a fatwa, or religious edict, issued against them by the Raza Academy, a Mumbai-based Sunni Muslim organization.

The director of Muhammad: The Messenger of God is Iran's Majid Majidi, who has released this as the first in a planned trilogy chronicling Muhammad's life. According to the BBC, the Raza Academy has also asked the Indian government to ban the film, which cost a reported $40 million to make. It was released in Iran and was screened at the Montreal World Film Festival in August.

In its fatwa, the Raza Academy says that both Majidi and Rahman must recite the kalimas, or professions of Muslim belief, and repeat their marriage ceremonies — in essence, reestablish themselves as Muslims. The film project has also been denounced by Al-Azhar University in Cairo, according to the Guardian in the U.K.

Outside the Muslim world, a fatwa is often misinterpreted as a threat of violence, particularly after the infamous fatwa issued against author Salman Rushdie following the publication of his book The Satanic Verses in 1988. However, a fatwa is supposed to be no more than an edict issued by a religious scholar, ranging from matters mundane to profound, and is not necessarily linked to negative action. (For example, one prominent Muslim cleric issued a fatwa against ISIS last year.)

However, the Raza Academy has been linked to violence in the past. In 2012, protests in Mumbai that were alleged to have been organized by the Raza Academy turned violent; two people died and 54 were hurt in the rioting that ensued.

Rahman, also a singer and instrumentalist, has become one of the world's most popular artists. He is known primarily in the West for his Oscar-winning score to the film Slumdog Millionaire (and the ensuing hit single version of his song "Jai Ho," a collaboration with The Pussycat Dolls). He is a massive superstar in other parts of the world, primarily for his scores to movies not just from Bollywood, but in several regional Indian film markets, including Tamil, Telugu, Malayalam and Kannada-language movies. As of 2009, he had written some 130 film scores and reputedly sold more than 100 million records worldwide (though that number is hard to track, given widespread music piracy across South Asia).

Rahman converted to Islam in the late 1980s and identifies as a Sufi, following a path within the Muslim faith that emphasizes a personal, mystical connection with the divine. In a 2006 interview I did with the composer for the now-defunct Global Rhythm magazine, Rahman told me: "Sufism is of course about the love for God, and that love above everything else. Whatever comes in between us, we must release. Music connects that love with God, and Sufism in turn connects music with God. I also believe that music has healing qualities, and that it can heal hatred and so many of the world's other ills."

After the Raza Academy's objections became public, Rahman posted a lengthy letter that he distributed Monday via his official Facebook page. In it he responds directly as a practicing Muslim himself, including quotes from the Quran as well as attaching honorific phrases to the names of God and of Muhammad.

"I didn't direct or produce the movie 'Muhammad (PBUH), Messenger of God,'" he wrote. "I just did the music. My spiritual experiences of working on the film are very personal and I would prefer not to share these." (PBUH is an English abbreviation of the Arabic phrase "Alayhi as-salaam" or "Peace be upon him," a traditional phrase that follows mention of the Muslim prophets.)

But, as Rahman continues:

"What, and if, I had the good fortune of facing Allah (Sbt), and He were to ask me on Judgment Day:

"'I gave you faith, talent, money, fame and health ... why did you not do music for my Beloved Muhammad (sals) film? A film whose intention is to unite humanity, clear misconceptions and spread my message that life is about kindness, about uplifting the poor, and living in the service of humanity and not mercilessly killing innocents in my name.' ...

"Let us set a precedent in clearing conflict with grace and dignity and not trigger violence in words or actions."