Accessibility links
Remembering Cynthia Robinson, Co-Founder Of Sly & The Family Stone : The Record The woman who urged fans to "Dance to the Music" was a trailblazing trumpeter. She died Monday at age 69. 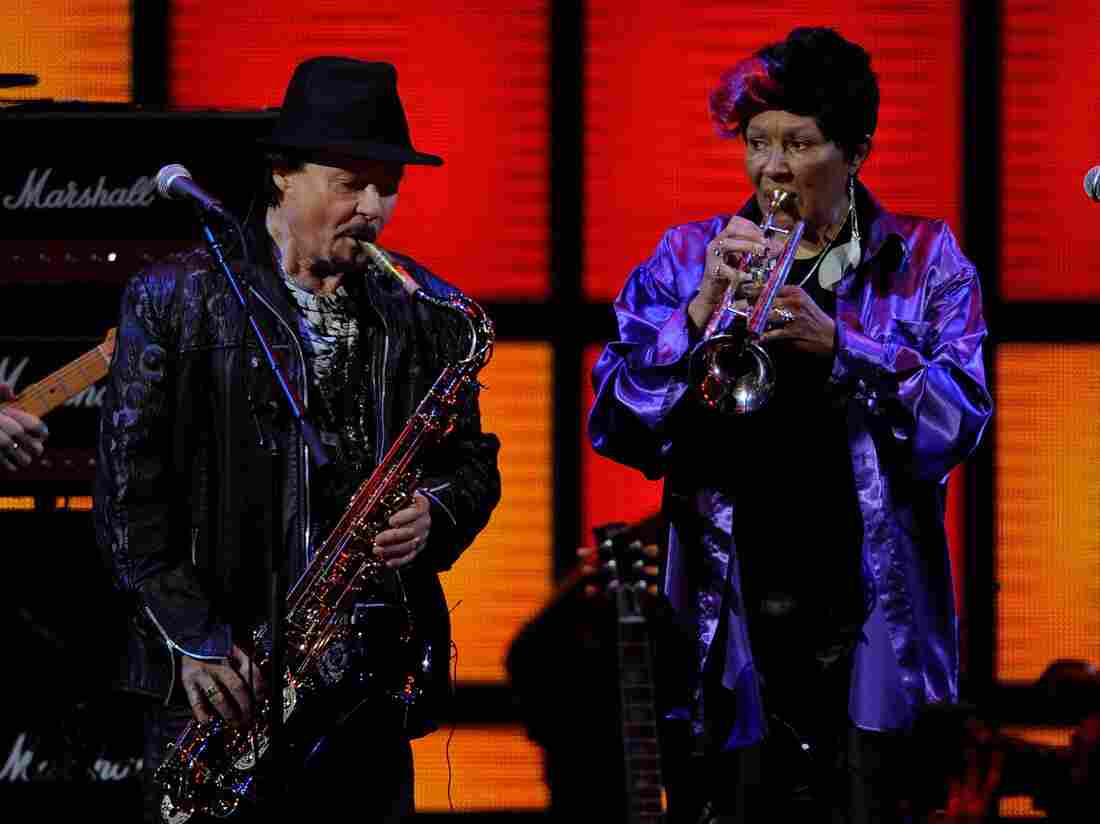 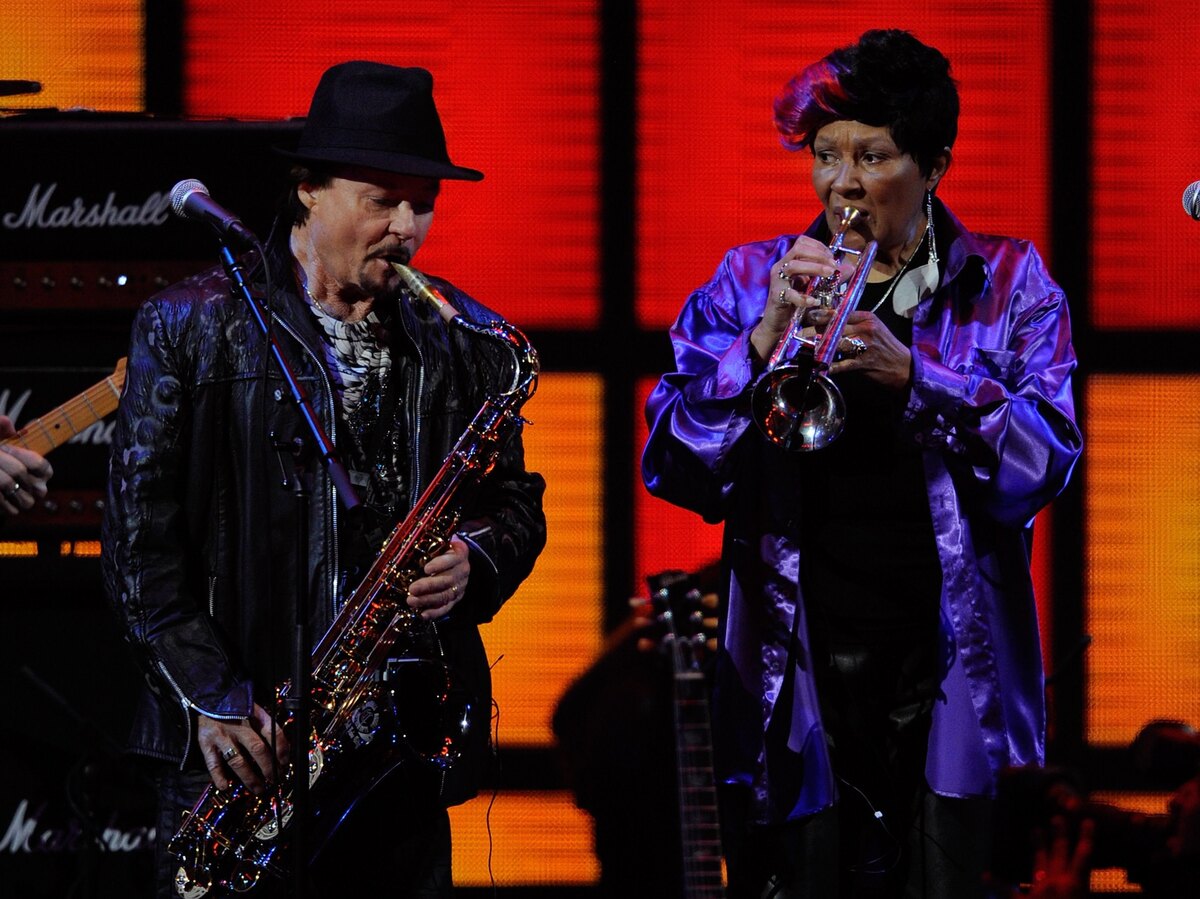 Jerry Martini and Cynthia Robinson from The Family Stone performing in 2011. Robinson died Monday at age 69.

In October, Robinson disclosed that she was suffering from cancer, in an online fundraiser launched to help defray her medical bills.

Robinson was an integral member of The Family Stone. It's her voice that urges fans to "Dance to the Music," and her horn that
blazed through the band's sets, from hits like "Thank You (Falettinme Be Mice Elf Agin)" to lesser-known gems like "Underdog."

In a 2013 profile aired on Morning Edition, Robinson said that Sly Stone wanted the band to be a galvanizing social force. "He made things very simple: to stand for what you believe in," she said. "He knew how to touch upon subjects that meant something to masses of people."

Born in 1946, Robinson joined Stone's band in 1966 — in an era when being a female trumpet player, and an African-American trumpeter in a major band, was a singular achievement. In an undated interview with WBGH, Robinson said that while she was growing up, other kids gave her a hard time about playing her instrument: "It left me with the impression that, you know, no guy in the world would let a girl play the trumpet in his group."

Robinson had two daughters, Laura Marie and Sylvette Phunne Stone, the latter with Sly Stone. This July, Robinson and her daughter Phunne released the single "Do Yo Dance" with the Family Stone.

After Sly Stone & The Family Band dispersed in the late 1970s (partly due to Stone's drug abuse), Robinson and bandmates including saxophonist Jerry Martini continued to play together as The Family Stone. Robinson also played with such artists as Prince and George Clinton's Funkadelic.

In 1993, Sly and the Family Stone were inducted into the Rock and Roll Hall of Fame.