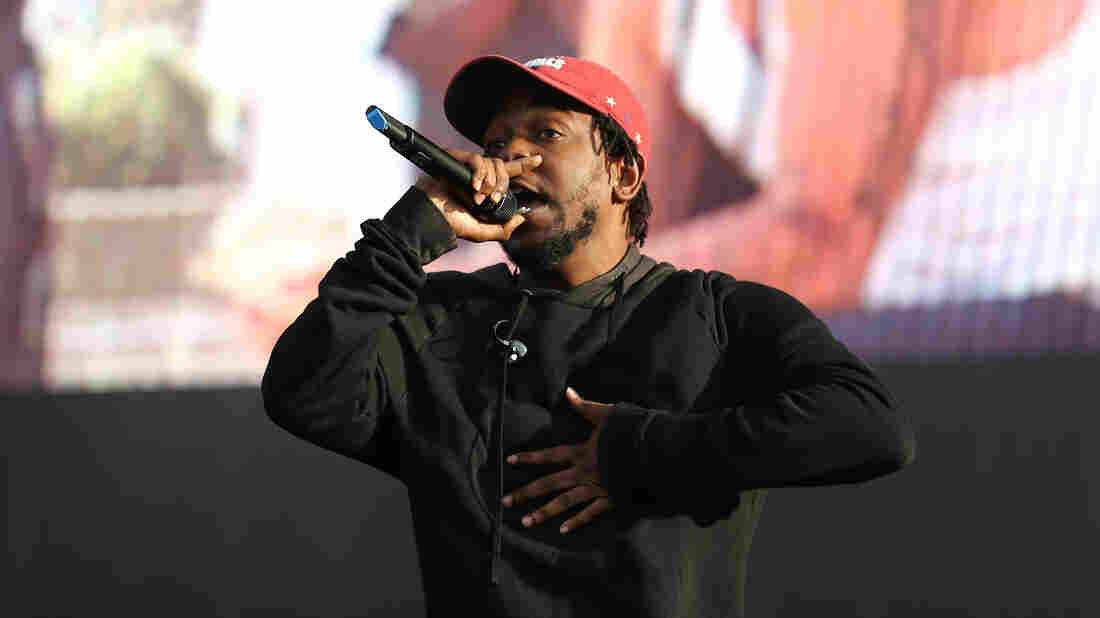 Kendrick Lamar on stage in July. His album To Pimp A Butterfly is nominated for the Album of the Year Grammy. Tim P. Whitby/Getty Images hide caption 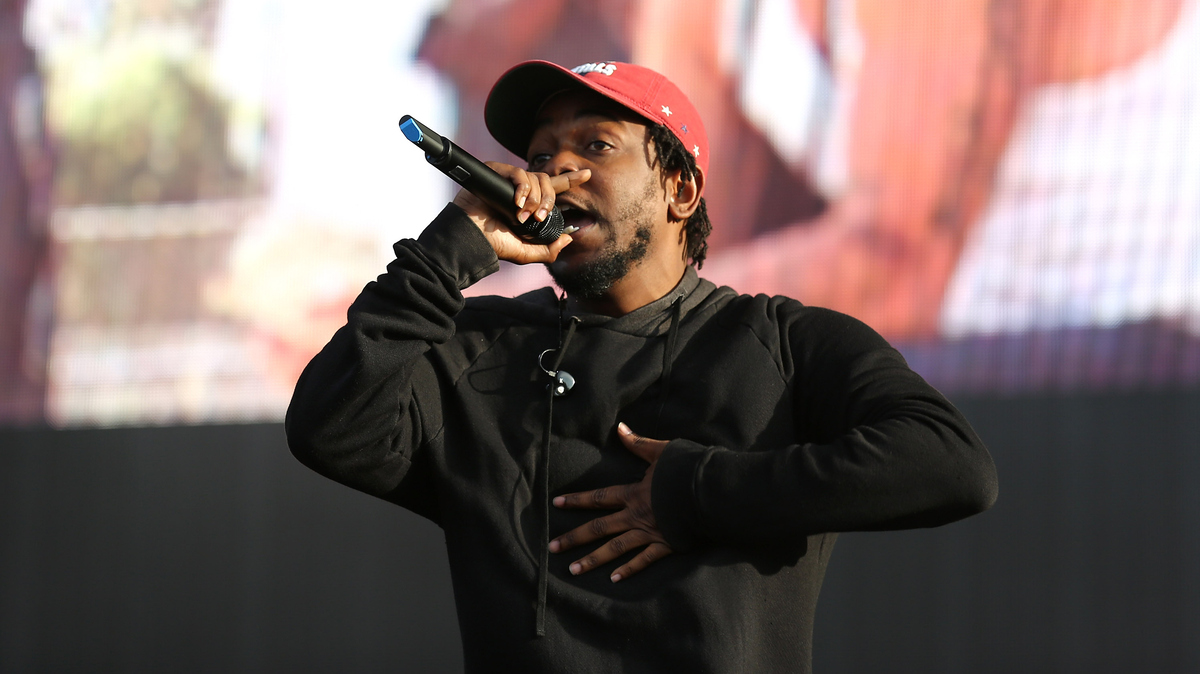 Kendrick Lamar on stage in July. His album To Pimp A Butterfly is nominated for the Album of the Year Grammy.

A battle between upbeat, finely crafted pop and politically minded hip-hop seems to be what's shaping up for the biggest prizes at this year's Grammy Awards. The nominees were announced this morning, in advance of the awards ceremony on Feb. 15.

Leading the way with 11 total nominations is Kendrick Lamar and his album To Pimp A Butterfly. But Taylor Swift racked up seven nominations, including three out of the four biggest categories — Album of the Year, Record of the Year and Song of the Year. But R&B singer, songwriter and producer The Weeknd matched Swift's total tally.

For those looking for a "Swift vs. Lamar" narrative, however, things aren't so simple: the Best Pop Group/Duo Performance and Best Music Video nominees include their collaboration "Bad Blood." (Lamar also has another nominated video in the latter category, for his anthemic "Alright.")

Especially among the four major categories — Album of the Year, Record of the Year, Song of the Year and Best New Artist — many of the nominees were nearly a forgone conclusion, considering the rapturous response they've already received from critics and fans alike.

Nominees for Album of the Year are Alabama Shakes' Sound & Color; Kendrick Lamar's To Pimp A Butterfly; Traveller, by Chris Stapleton; Taylor Swift's 1989; and The Weeknd's Beauty Behind the Madness.

The Record of the Year award is what fans are likely to think of as the vote for the year's best single. This year's nominees: D'Angelo and the Vanguard's "Really Love"; "Uptown Funk" by Mark Ronson, featuring Bruno Mars; Ed Sheeran's "Thinking Out Loud"; Taylor Swift's "Blank Space"; and The Weeknd's "Can't Feel My Face."

Even so, certain artists may be surprised by their omission from this year's roster altogether. For example, Rihanna's single "FourFiveSeconds," featuring Paul McCartney and Kanye West, would have seemed tailor-made for Grammy judges who generally love cross-genre — and perhaps even more importantly, trans-generational — collaborations. In fact, the trio even performed the song at last year's televised Grammy ceremony. However, Rihanna failed to receive any nominations at all this year.

The odd timing of the Grammy schedule also means that this year's monster-hit album — Adele's freshly issued 25 — won't be eligible for nomination until the awards' 2017 edition. In order to qualify for the 58th annual awards, recordings must have been released between Oct. 1, 2014 and Sept. 30, 2015.

The Grammy Awards are voted on by members of NARAS, the National Academy of Recording Arts and Sciences. The full list of nominees, across all 83 categories, is available on NARAS' website.