Accessibility links
20 Feet From DJ : The Record Remembering one of dance music's secret stars, Diane Charlemagne, amidst the plight of the genre's featured vocalists. 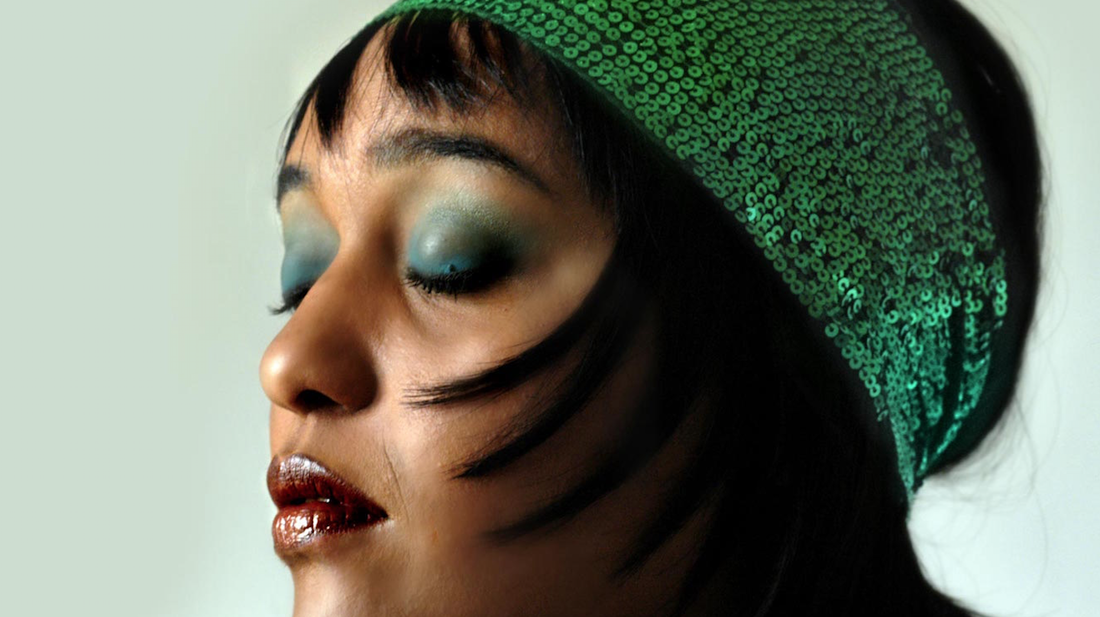 The British singer Diane Charlemagne passed away on Oct. 28. You may be forgiven, at least a bit, if her name doesn't immediately ring a bell, because the music industry rendered her anonymous, especially in the U.S. To audiences in the UK, where electronic dance music has long been a readily translatable dialect in pop music's lingua franca, she was the "voice of a generation," the vocalist of 1990s dance-floor landmarks like Goldie's "Inner City Life." On these shores, she was better known as a backup singer and guest vocalist, having spent several years touring with Moby.

Charlemagne's voice may be indelibly imprinted on our ears and brains, but like too many others, her name evaded familiarity, her identity subsumed in the groove and buried deep in the liner notes. The Oscar-winning 2013 documentary 20 Feet From Stardom shone a welcome spotlight on the plight of rock backup singers like Darlene Love, Merry Clayton and Claudia Lennear, luminous talents pigeonholed into a niche where, according to one singer, "they would like you to come in, make things sound great, take very little credit, and go home quickly."

In dance music, however, such voices aren't in the background at all but provide the featured refrain, the memorable hook, the melodic sweet spot. It's the song's producer who is celebrated as an artist, while the singer is merely a temp worker, contributing the lead vocals for a one-time session fee. (Giving proper credit is even more difficult in club culture, where the medium of choice is sleeveless 12" singles.) Dance-music vocalists, observes critic and author Simon Reynolds, "get their names credited but there's a sense that they're technicians on the same level as the engineer. Diane Charlemagne was a really good singer, with a definite sound, a great timbre, but like a lot of people in dance music, quite a sort of functional component of the finished product."

Charlemagne died far too young, at 51, after a battle with cancer, still nominally pursuing a music career. Her final recording, "It's In Your Eyes," supported by a backing band that included the Smiths' bassist Andy Rourke, came out in late November on Northern Quarter Records, but apparently in recent years she primarily worked 12-hour shifts as a security guard. Ruminate over that as you watch clips of her performing Moby's "In This World," where her live vocals replace the recording's sample from an old Davis Sisters track and convert the song into something transcendent. Charlemagne's rendition is stirring and electrifying, whether she was performing it in front of over 100,000 people with Moby's touring band at the 2003 Glastonbury Festival or to a few hundred onlookers on her own at the 2011 Lambeth Country Show, a free family festival in a London park. Writing about the Moby show, the Sydney Morning Herald remarked, "With a booming gospel voice and an abundance of soul, she's arguably a better frontman than her boss."

Growing up in Manchester's Moss Side, Charlemagne got her start in the mid-'80s as a member of the R&B group 52nd Street, who charted in the U.S. in 1986 with "Tell Me (How It Feels)." In the early '90s she sang for Urban Cookie Collective, whose singles "The Key: The Secret" and "Feels Like Heaven" were dance-pop smashes in the UK. But Charlemagne was probably best known for providing the vocals on "Inner City Life," a watershed jungle/drum 'n' bass track, as well as other Goldie songs like "Angel," "Kemistry" and "You & Me."

"At the time it was really unusual to have a singer on a real hardcore rave jungle track," says Reynolds, who chronicled the drum 'n' bass scene in the 1990s for Melody Maker, Spin and others. "People used samples, fragments of vocals to kind of make a whole song, and this was one of the very first times that [producers] actually got a proper singer with a microphone and wrote a song."

Charlemagne also showed off her jazzy cadences on "You and Me – The Beauty – The Beast," the original 1993 version of "You & Me," credited to Metalheads (Goldie with Dego and Marc Mac of 4 Hero). "At that time a lot of people dismissed jungle as 'not music,'" says Reynolds. "People couldn't get their heads around it." Having Charlemagne sing this languid ballad, accompanied by an actual piano player doing trills, says Reynolds, "was a real sort of pointed statement of their desire to be taken as proper musicians."

Charlemagne also sang on house tracks like 4 Hero's "Better Place" in 1993 and Japanese producer Satoshi Tomiie's "Inspired" in 1999, but she most frequently appeared as the go-to singer for several waves of drum 'n' bass producers, up to latter-day junglists like Calibre (2005's "Bullets"), High Contrast (2007's "If We Ever"), and S.P.Y. (2012's "Hammer In My Heart"). "I don't think she really knew how good she was," says Neville Staple, the former vocalist for The Specials and Funboy Three, who worked with Charlemagne in recent years. Staple remembers Charlemagne as "always so modest. She took it all serious in the studio, yet was so easy going and friendly about her talent outside of it."

Of course, the dilemma of dance vocalists getting lost in the star-making shuffle is nothing new. The situation reached its apotheosis in the early 1990s, when Martha Wash (the lead vocalist on songs such as the Weather Girls' "It's Raining Men" and C+C Music Factory's "Gonna Make You Sweat (Everybody Dance Now)") sued for credits and royalties after seeing models lip-synching to her vocals in music videos. But judging by Damon At 86th, a short mini-doc about singer Damon C. Scott, the issue may still be with us, even when gender doesn't seem to be a factor. Scott, a busker who performs on New York City subway platforms, sang on three singles released by producer Morgan Geist under the pseudonym Storm Queen. The first, 2011's "Look Right Through," ultimately topped the UK charts in late 2013, bumping Rihanna's "Monster" down to #2, but Scott claims he never received anything more than his work-for-hire fee. "I didn't make the kind of money that you guys think," Scott says in the film. "Storm Queen has a lot of fans, but Damon C. Scott doesn't, so I'm reaching for that."

Ironically, it seems that the studio is one place singers have a hard time making their voices heard. "I've learned that you need to stand up and ask for what you want before you're told what you're getting," says Lizzy Yoder, a New York City vocalist and performance artist who has sung with Fischerspoooner, LCD Soundsystem, and Crystal Ark. "It's all about name recognition and that has to be done by the people who write and produce the song. The 'featuring' credit is always really nice and that should be done all the time if somebody's really dominating the song. It's not really back-up. It's almost like the ultimate instrument in the song, the thing you're waiting for."

"Ultimately you have to make a living," emphasizes Yoder, "so you're kind of negotiating between working prolifically and maybe not always getting paid or given recognition, or working sporadically and holding down a job. It's extremely heartbreaking to have to choose how you're going to do your thing."

Sadly, Charlemagne is no longer with us to share the story of her own struggles, and we'll have to settle for her last recording to stand as a testament to her enduring strength. The original mix of "It's In Your Eyes" is a straightforward R&B tune that wouldn't be out of place in the repertory of old-school soul divas like Bettye LaVette or Sharon Jones. Other versions of "It's In Your Eyes" include a drum and bass remix by Youth, hearkening back to the genre that made her reputation, Charlemagne's voice soaring high above clattering breakbeats, Perhaps most fittingly, the record is credited to "Diane Charlemagne Featuring Andy Rourke." At least on her final record, she finally achieved the star billing that always eluded her — another poignant reminder that, it's the singer, not the song, that truly matters.