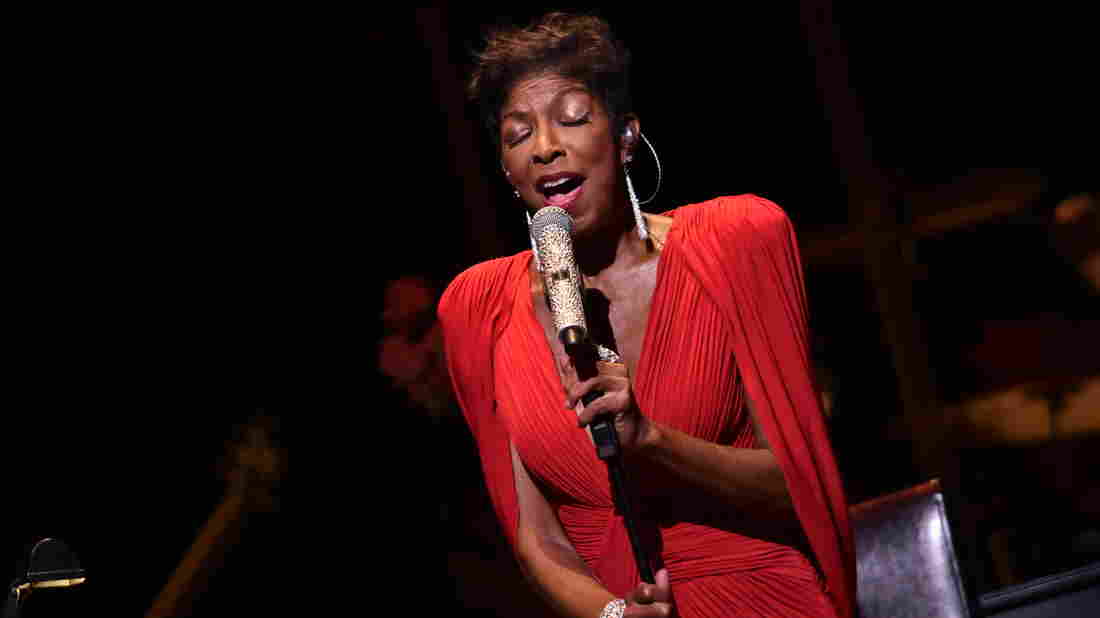 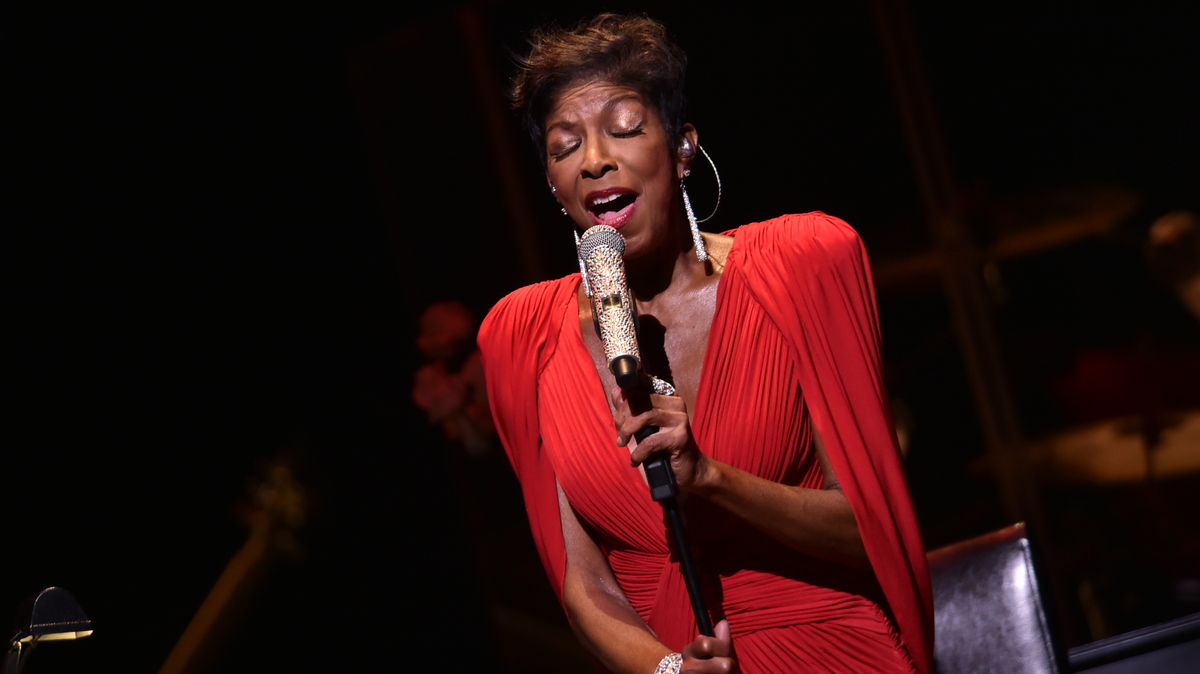 It may be some sort of cosmic sign — or maybe just cruel irony — that only a few nights after a video clip of Aretha Franklin performing a rousing rendition of Carole King's "(You Make Me Feel) Like a Natural Woman" on CBS' The Kennedy Center Honors broadcast went viral, Aretha's closest artistic rival in the mid-1970s, Natalie Cole, has left this mortal sphere. And on New Year's, no less.

In the late '60s and early '70s, Aretha was the heavyweight champion of soul music: She undisputedly set the bar so high for artistic achievement that she won the Best R&B Female Vocal Grammy award for eight consecutive years. Despite a bevy of worthwhile contenders to the throne bearing first names like Roberta, Chaka, Minnie and Mavis, it was actually Natalie Cole's 1975 debut Inseparable that stormed the palace, broke Aretha's Grammy streak and unseated the Queen. Wild tales of the two singers' bitter hostility are now part of R&B lore. But, while Natalie Cole's early musical arrangements by underappreciated songwriting-producing duo Chuck Jackson and Marvin Yancy were clearly lifted from/inspired by Franklin — and while the two singers even covered some of the same songs — Cole was a phenomenal singer, but hardly a groundbreaking, Zeitgeist-defining one like Franklin.

That's in no way a slight. Natalie Cole took no prisoners in the studio or on stage. She was blessed with superior vocal range, solid phrasing and a workhorse ability to dramatically build a song into a powerful climax. Just listen to her stratospheric, 11th-hour wailing in the final choruses of 1977's "I've Got Love on My Mind." It's like the earth itself opens up after the bridge. Then, take a listen to her quietude and interiority on the gossamer-gentle wedding ballad "Inseparable." Her vocal mastery was impressive then, and it's impressive now.

What did Natalie Cole and Aretha Franklin share? Unusual childhoods. As the daughter of famed preacher C.L. Franklin, Aretha learned to sing as iconic gospel singers like Clara Ward and Mahalia Jackson visited her home; Natalie Cole got her musical start meeting jazz icons in her father's parlor. She also inherited his angel eyes and his velvet-smooth crossover sound. Cole's polished, refined soprano has always sounded less Franklin and more like an amalgam of diverse types: I hear Diana Ross' silken plaintiveness (especially on the halting Michael Masser-penned "Someone That I Used to Love" from 1980); I hear Streisand's from-the-bosom belt and precise intonation; and I hear gospel dynamo Tramaine Hawkins' slightly troubled, therapeutic clarion. Maybe the most fitting comparison is Nancy Wilson. Like Natalie Cole after her, Wilson moved freely and adeptly between jazz, R&B and gospel, creating a seamless fusion approach all her own.

Even in the album-oriented '70s, Natalie Cole was never really an album artist; she also more or less sidestepped disco in its late-'70s heyday. All the more amazing, then, that her memorable catalog of singles has remained in steady circulation. Exuberant, piano-thumping, gospel-influenced pop, 1975's "This Will Be" is her best work, and it still sounds like the musical equivalent of a sunshower (though it's become annoyingly associated with eHarmony commercials). Natalie Cole could also branch out into slightly more experimental territory, like her Lennon-McCartney cover "Lucy in the Sky with Diamonds," or bossa-influenced jazz "La Costa," something of an early template for chillout and neo-soul. Natalie Cole was no slouch as a live performer, either. The 1978 version of "I'm Catching Hell" from Natalie: Live remains a searing, sweaty soul masterclass, replete with its Lou Rawls/Millie Jackson-style monologue. For Cole, the titular catching of said hell was far from fictional: As she turned to drugs, her career fell into a slump for much of the '80s.

When Cole got clean, she flirted with chart success once again, delivering so-so pop hits like the Aretha/"Freeway of Love"-styled "Pink Cadillac" and the Whitney Houston-styled "Miss You like Crazy." But what really changed her orbit was 1991's barnstorming Unforgettable...with Love, a pop standards cover album that featured Cole magically duetting with her late father on a clever re-take of his 1951 classic "Unforgettable." The song, which nabbed Grammys for Song and Record of the Year, was many things at once: a sentimental celebration of father-daughter love, a sonic bridge between disparate eras, an ambitious career rebranding for Cole herself, and an uncanny demonstration of technological marvel that forecast our current era of posthumous Tupac and Michael Jackson holograms. Natalie Cole's move into jazz was a total boss move: by the '90s, R&B was becoming harder-edged and more hip-hop influenced (think Mary J. Blige), leaving considerably less space for the sentimental romantic balladry that had first made her popular in the '70s.

Given that Natalie Cole had neither the improv chops nor the artistic bohemianism of, say, jazz mavericks like Dianne Reeves or Cassandra Wilson, her jazz discography (including records like 1993's Take a Look, 1996's Stardust and 2008's Still Unforgettable) is competent, genteel, tasteful and respectable, but hardly transcendent. Still, her all-markets approach to jazz-pop fusion, not entirely dissimilar from artists like Brenda Russell and Oleta Adams, helped pave a path for future stars in the jazz-pop field like Vanessa Williams, Queen Latifah and, I'd venture, even later mainstream acts ranging from Michael Bublé to tuxedo-clad Rod Stewart.

I met Ms. Cole on several occasions, often via our mutual colleague Denise Rich. In 2006, when she was crafting her album Leavin', I suggested to her then-A&R director that she would sound great singing the saucy but largely forgotten Yancy-Jackson mid-'70s track by R&B vocalist Ronnie Dyson called "The More You Do It (the More I Like It Done to Me)." Imagine my surprise to see her throwback cover end up on the album itself; the opportunity to hear Natalie Cole revisit her own origins was a potent reminder why so many of us fell in love with her sound in the first place.

It's understandable that Queen of Soul Aretha Franklin got the — disproportionately — lion's share of the spotlight when it came to considerations of black female R&B in the '70s (not unlike the way Beyoncé receives such attention today). However, there is so much more we as audiences can and should say about the would-be and should-be queens (and kings) who are just as valuable to the dramatic game of thrones played in the royal court of R&B. Just as we should talk more about the brilliance of acts like Natalie Cole, we should also talk more about the work of her peer acts like The Pointer Sisters and Minnie Riperton and a whole host of other talents who too often get pushed under the radar. We can extend that logic and say that in 2016, we owe it to ourselves to talk more about the brilliance of R&B singers like Avery Sunshine, Jazmine Sullivan and Ledisi (to name a few). Our endless imperializing focus on who's on top in R&B — that is to say, who's the queen at any given moment — obscures the rich bounty of soulful music that lies before us (and it often pits women against each other). Your music is everlasting, Ms. Cole: Rest in peace.