The Life and Times of Clarence Reid and His Profane, Tacky, Visionary Alter Ego 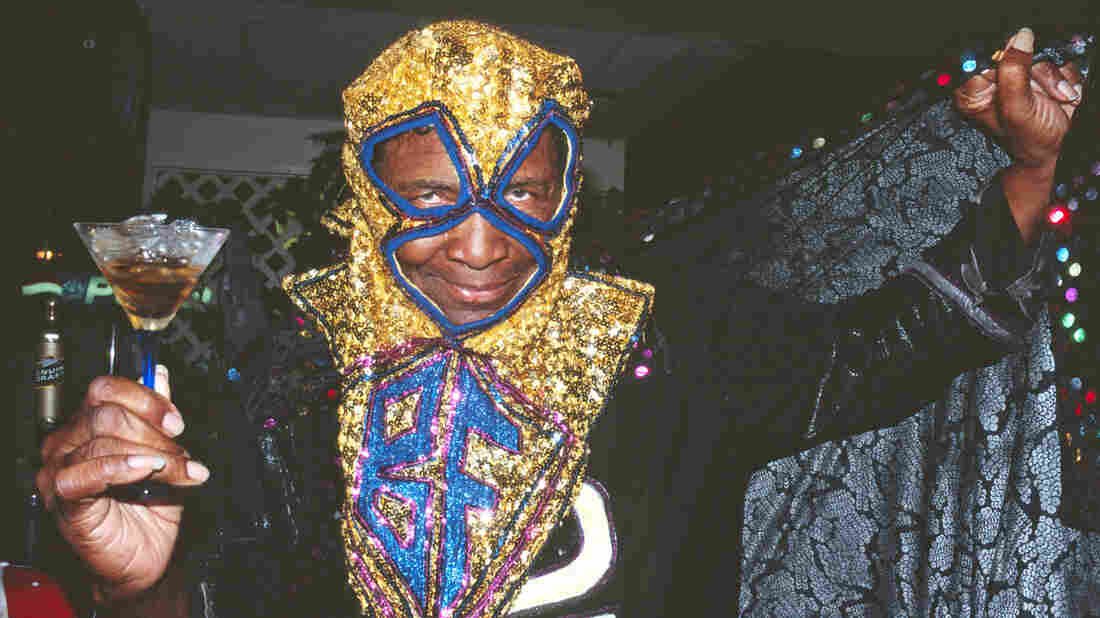 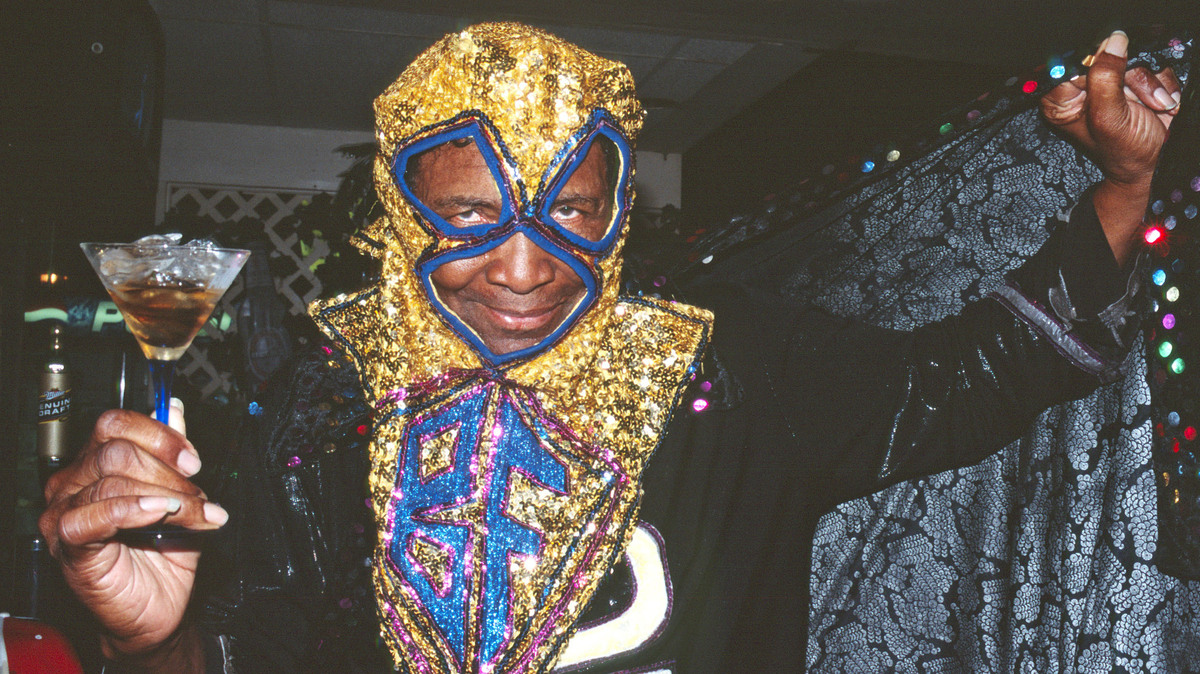 John Sevigny/courtesy of the artist

The last few weeks have seen a remarkable series of iconoclastic musician deaths. Although Clarence Reid, better known by his sometime stage-name, Blowfly, who died of liver cancer in a South Florida hospice facility on January 17th 2016 at the age of 76, may not seem as epochal as David Bowie, composer/conductor Pierre Boulez, jazz piano eminence Paul Bley or Lemmy Kilmister, he was the dominant exponent of a uniquely American idiom. Blowfly was the ne plus ultra of raunchy pop-music parodies, writing profane lyrics to existing songs, which he then re-recorded and performed live. Many compared him to "Weird Al" Yankovic, but his records are the shadowy id to the platinum-selling accordionist's super ego. Speaking to the German magazine Exberliner in 2008, Reid was clear: "Weird Al has said 'Blowfly is an X-rated Weird Al.' Wrong. I was writing parodies when Weird Al was in diapers. He's a goody-goody version of Blowfly."

Vinyl crate-diggers knew Clarence Reid as an often-thoughtful songwriter, producer and a major figure in Miami's soul and R&B independent music business. And the hours following Reid's death saw encomia from Ice-T, Snoop Dogg and the Red Hot Chili Peppers' Flea, each paying tribute to not only his foul-mouthed versions of R&B classics, but also the late-'70s/early-'80s hip-hop he transitioned towards. Blowfly's works presage the gleeful filth of fellow Miami residents 2 Live Crew, with only country singer David Allan Coe's semi-legitimate, contemporaneous lewd (and racist) recordings and Millie Jackson's similarly ribald R&B looming as large in the pantheons of dirty music. And if Blowfly took a cue or two from '50s frat-R&B smut peddlers Doug Clark and His Hot Nuts, the overwhelming majority of current hip-hop and R&B artists owe Blowfly for their frank representations of unadulterated carnality and drug use. Needless to say, radio wouldn't go anywhere near him.

The recorded legacy of Blowfly is replete with often sly, inventive references to every known sexual and scatological practice, featuring slurs regarding ethnicity, body type and sexual preference, delivered with the glee of a fifth grader —or perhaps of individuals willing to access a fifth grader's mindset. And yet it worked. For you see, Blowfly is really really funny. The shock of defiling soul standards with nasty talk is powerful; fans of original, bighearted songs like Brook Benton's "Rainy Night In Georgia" may resent the effrontery of "Spermy Night In Georgia," but go with it and see where it takes you. As he told the Miami New Times in 1991, "When Frank Sinatra sings, 'When you love somebody / It's no good unless he loves you / All the way,' what's he really saying? It's about sex."

Reid was born on February 14, 1939 in rural Cochran, Ga.; his family was poor and he liked to claim that he had little in the way of a formal education. "'Blowfly was invented when I was seven years old in the fields in Georgia," he told the Exberliner. "I had to quit school to work the farms. I was a mean little f*****, so I turned hillbilly songs like 'Walkin' the Floor Over You' to 'J*****' My Dick Over You.' The white people loved it and gave me money when I'd sing the songs to them. My grandmamma thought I stole the money, and when I told her how I earned it, she said I was a disgrace to the black race and no better than an old Blowfly. But a little white girl told me blowflies lay eggs on dead things and that without them, the world would be consumed by germs."

He made his way to South Florida in the early '60s and cut a number of soul singles for regional labels with the original, self-pressed 1964 version of "Blowfly's Rapp" laying credible claim as the first rap record, Reid having claimed that his delivery therein was influenced by the patter of southern DJs. That recording remains rare.

Reid eventually met Miami record impresario Henry Stone, and began writing songs for artists on his many labels, including Betty Wright. Her huge 1972 hit "Clean Up Woman" is one of the many songs of empowerment that Reid wrote (and produced) for women. (Wright's "Girls Can't Do What The Guys Do," which would be sampled for Beyonce's "Upgrade U," is another.) They are striking for the level of empathy Reid deployed with respect to the romantic and professional travails that women have endured since antiquity — and in light of the recordings his alter ego would soon be notorious for. Reid became a bedrock of Stone's TK Records, a key Miami label behind George McCrae's oddly wistful early disco benchmark "Rock Your Baby," working with artists such as Gwen McRae and Timmy Thomas, among many others, and making key contributions to the early, defining hits by KC and the Sunshine Band.

All the while, Reid entertained fellow musicians and friends with dirty versions of the R&B hits of the late '60s and '70s — "S***ing On The Dock of the Bay" was an early standout. Stone encouraged him to record these and then released and marketed them in the guise of underground "party records" from "Blowfly." His first album as such, 1971's Weird World Of Blowfly, is presented as a live show (crowd noise was edited in), comprised of repurposed soul gems. When that record and subsequent efforts such as 1977's Blowfly's Disco gathered steam, Reid became concerned that their reputation would besmirch his standing as a songwriter, so he took to donning a sequined hood and top and a pair of ill-advised booty shorts for album covers and appearances. He even recorded "Nobody's Butt But Yours Babe," reworking Clarence Reid's semi-hit "Nobody But You Babe." His adoption of an alter ego did not stop Stanley Adams, the president of ASCAP at the time, from suing Reid for befouling his composition "What A Difference A Day Makes" as "What A Difference A Lay Makes." His marriage of the time produced two children, including 1998 WNBA Rookie of the Year, Tracy Reid.

Once hip-hop emerged, in 1980 Reid recut "Blowfly's Rapp," the first of a series of tall tales delivered via the nascent form. Dipping a toe into the period's CB radio craze (the market-conscious Blowfly consistently responded to technological and cultural trends), the new "Rapp" spun the tale of a Deliverance-style encounter with Ku Klux Klan-accredited truck drivers to light funk backing; "The Incredible Fulk" found our hero undergoing an experiment that makes his manhood so big that it ascends into the sky and "planes had to re-route themselves" while 1981's "Convoy" again found him behind the wheel (and also included an "argument" between "Blowfly" and "Reid"). He adopted what would now be understood as a tag: almost every song from this era features a sinister bellowing laugh, redolent of a twirly mustached villain: "NEEE-AH-AH-AH-AH-AH-AH!!!!" At Blowfly's creative height, he was as agile and resourceful a singer as any he mocked, occasionally ascending into a keening falsetto few could achieve.

After TK Records collapsed in 1980, he recorded for Bo Crane's Pandisc, a label that would become a cornerstone of the Miami Bass sound. Released in 1984, "Electronic P**** Sucker" drew on the emerging synthetic "electro" movement by sampling Cybotron's "Clear," and is one of the genre's cult classics (its narrative finds Blowfly encountering a rogue horny robot at a computer store, with Reid voicing the robot via a sinister vocoder treatment). That election year also saw the release of "First Black President," with Blowfly becoming POTUS and the song running over with sex, drugs and racially stereotypical imagery. (He later re-recorded it in 1988.) His cuts, either very popular or obscure, would be sampled by the likes of Warren G., Jurassic Five, DJ Quik, the Avalanches, and the Ol Dirty Bastard.

From the '90s onwards, Reid was chiefly championed by the bearded and tattooed set. His records had long since stopped selling via traditional channels, and mounting debt and unpaid bills saw him sell the rights to his catalog in 2003; he ceded all future royalties for a nominal sum and had to scramble for the rest of his life, according to the 2010 documentary, The Weird World Of Blowfly. For the past decade, he has worked on the punk rock circuit with his drummer/right hand man "Uncle" Tom Bowker. Blowfly's Punk Rock Party was released in 2006 on Jello Biafra's Alternative Tentacles: the Dead Kennedys takeoff "R. Kelly In Cambodia" not only reflects his intended audience's interests, but also indicates his own alienation towards black audiences. The Weird World documentary, which is largely concerned with the drudgery of his touring life in the late 2000s, saw Reid expressing contempt for other AfricanAmericans in terms similar to the extreme respectability politics diatribes of black conservatives like Shelby Steele.

Yet Reid was consistently less interested in the "respectable" long view of 50 years of nasty song parodies. "Blowfly has never 'developed,'" he told the Exberliner. "Blowfly is still the same mean, perverted little bastard he was back in Georgia in the '40s. That's why I still eat pizza and honey like a little kid and watch cartoons every day. I live in my own Weird World."