Accessibility links
Kingdom Of One: Rapper Allan Kingdom On Fitting In And Standing Out : The Record After a collaboration with Kanye West that led to a Grammy nomination, the Minnesota-based rapper has spent the last year focusing on his on solo career.

Kingdom Of One: Rapper Allan Kingdom On Fitting In And Standing Out

Kingdom Of One: Rapper Allan Kingdom On Fitting In And Standing Out 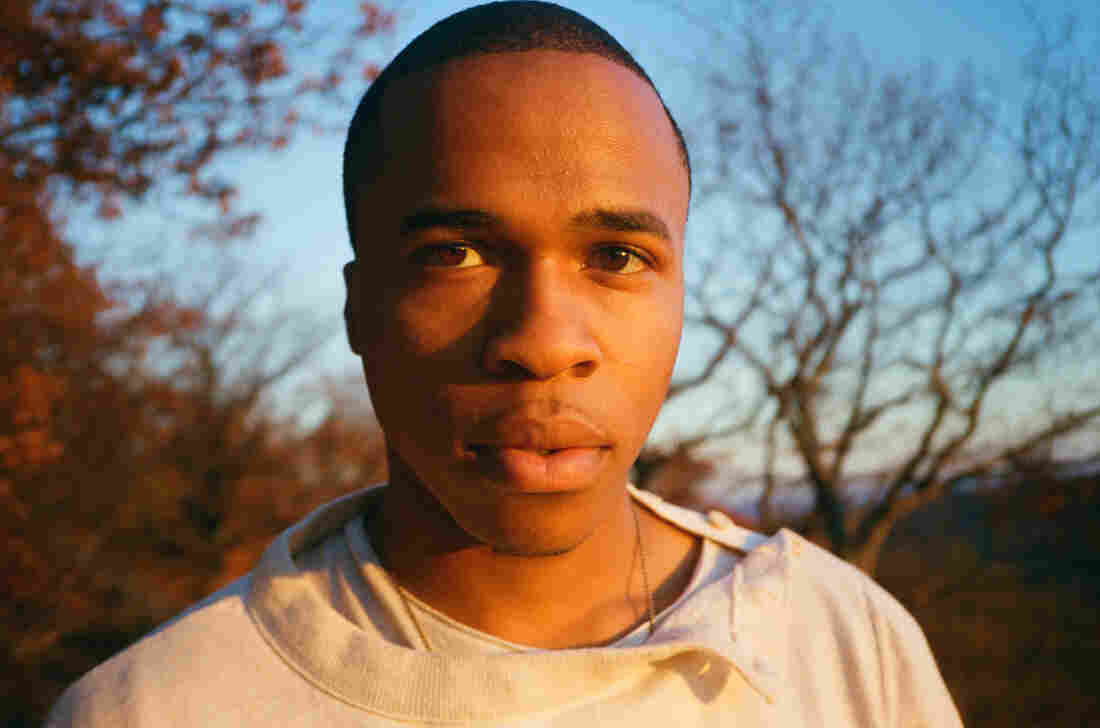 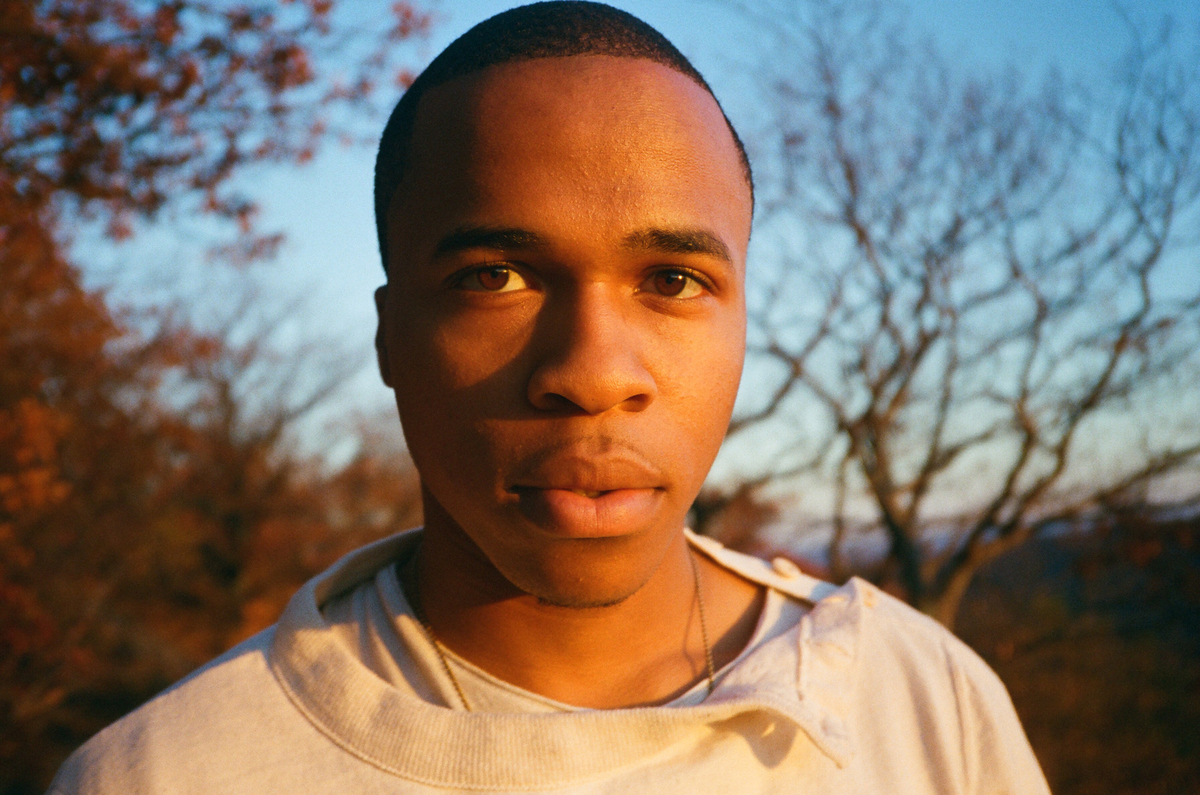 Ben Solomon/Courtesy of the artist

I walk up to greet Allan Kingdom at the back room door of Saint Paul's Golden's Deli, but he gets to me first. Kingdom is very good at being first: He asks me how I'm doing before I ask him; he asks me what my name is before I say it. Maybe he's just more polite and less anxious than me, maybe it's a mix of youthful exuberance and masculine hubris. More likely, it's part of his smooth, sticky, Peanut Butter Prince charm. The kind of charm that implicitly requires anointing, naming oneself. The nomenclature, like the success he's found writing and performing music, suits him like a custom fitted crown.

"Because I was the first born outside of Africa ... ," Kingdom says, his voice trailing off into, perhaps, the liminal, double conscious space he'll speak of so many times in our conversation. " ... Even within the family, you know, feeling a little bit separated. Or at school. Or amongst your friends."

"I feel like I represent myself," Kingdom says. "But, I feel like as you get bigger, whether you like it or not, you represent a group of people. It doesn't matter. It's kinda like, I don't know, it doesn't really matter when you go out everyday, you represent yourself. But, for some people, you might be the only African person they've seen. So, without even knowing it, you are representing what you are. I think it's a little bit of both. I just try to stay in myself and not really think about it too much or you kind of become someone else."

Born in Winnipeg, Manitoba, Canada to a Tanzanian mother and South African father, Allan, 23, spoke Swahili before English, and spent his formative years in Minnesota.

"I was pretty super oddball," he says. "From the way that I spoke. From the way that I dressed. From my interests. Especially into the groups that I was in. No one was into drawing, rapping, singing, dancing, colorful clothes .... And then being an immigrant!"

Growing up in Minnesota, a state with hundreds of thousands of immigrants, reinforced Allan Kingdom's sense of otherness, but that didn't make him feel any less African or North American — it just made it harder not to just be himself. It was in Minnesota where Allan met his friends Corbin (formerly Spooky Black), Bobby Raps and Psymun. Together they formed the thestand4rd, a genre-bending quartet. Thestand4rd's self-titled debut album, produced by The Weeknd producer Doc McKinney and released in 2014, is melodic, experimental rap and R&B. Not a steep diversion from Allan's self-released music, which at its core, is not assimilative.

Kingdom's music forges its own distinct identity. No rapper out right now sounds like him — and his sound hasn't changed that much since he started making music. What was interesting and different about, say, "Mediocre," a track he recorded over two years ago, is what makes "Take It," a more recent but not new track, interesting and different. Kingdom's style, as evidenced in his unique accent you can't quite place and his proclivity for jumpy, effortless flows, manages to be playful and poppy without being corny, alternative without trying too hard.

Kingdom doesn't believe that trying to fit in is an inherently wrong concept. The trick, he says, is to not get too influenced, to stay authentic to how you wish to portray yourself. "When you get up in the morning and you get dressed, fitting in is what you think about. Is that how you present yourself? It's still just a muscle that you exercise. Staying yourself and staying true. And not letting the outside world influence you too much. I think it's good because you need to learn how to communicate with people effectively and people need to understand you, so to a degree you need to a little bit, but at the end of the day you still need to keep who you are and what you stand for."

Kingdom's positivity and immigrant kid self-determination have catapulted him into the spotlight: Last February he appeared alongside Kanye West to perform West's song "All Day" at the Brit Awards. "All Day," didn't make it on West's The Life of Pablo, but it was nominated for a Grammy for Best Rap Song, and like everybody else nominated in any rap category, lost to Kendrick Lamar. According to Kingdom, the collaboration came both spontaneously and through sheer social engineering. "I was putting the effort into my career in general. Maybe not for that specific thing to happen the way that it did, but just in general, I had been pushing. It felt like something was supposed to happen I just didn't know what it would be, so. And after 'All Day' I didn't drop a whole bunch of songs. It just doesn't feel right. Even though I have all the music and I am always creating. I just go off what I feel would be the right thing at the right time."

Kingdom says West has been more than a mentor. "He's been a personal milestone. He is an extremely important person, obviously. But he is still just one person, you know what I mean? There are still so many people who haven't heard my music." Kingdom's aim is much larger than being known or collaborating with arguably the biggest rapper in the world. "There are still a lot of people who might not even like it because he did. There are his peers. People in the industry. There are other artists my age coming up. I still view those people as partners, peers and competition all in one."

On January 6, his birthday, rapper Kingdom released Northern Lights, a sexy and progressive rap album. On the hook of "The Ride," the hyperactive and idiosyncratic album opener that packs the emotional weight of a year of change into three and a half minutes, he recalls advice from West: "'Ye told me drive slow.'" But it wouldn't be an Allan Kingdom song if the name-drop didn't facilitate a larger truth — his own truth. He continues: "But ain't nobody say homie fly low." In consistently bringing the point back to himself, Kingdom has escaped the fate of many co-signed rappers left in the dust of a cosign or buried by the weight of it.

"It's kind of like getting a pat on the back from the principal, which means you are doing an amazing job," he says. "But you still walk in the classroom and you're around your classmates, and how that affects your social life and your relationships — it's all up to you."