Accessibility links
Slow Your Roll, Mick Jagger: A Whole Lot Of Superstars Are Playing In Cuba : The Record The Rolling Stones' show in Havana is part of a flood of major artists who have been to Cuba. And it follows decades of international musicians playing "closed" countries. (Remember Wham! in China?)

Slow Your Roll, Mick Jagger: A Whole Lot Of Superstars Are Playing In Cuba

Slow Your Roll, Mick Jagger: A Whole Lot Of Superstars Are Playing In Cuba 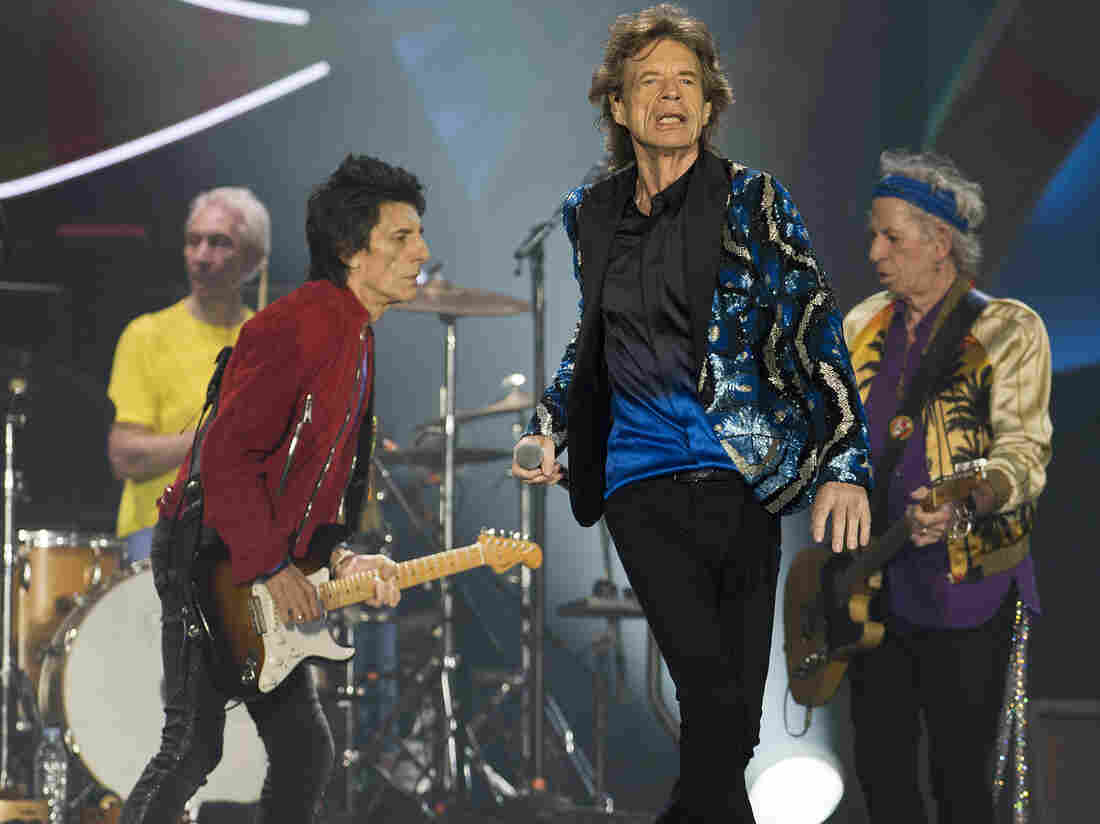 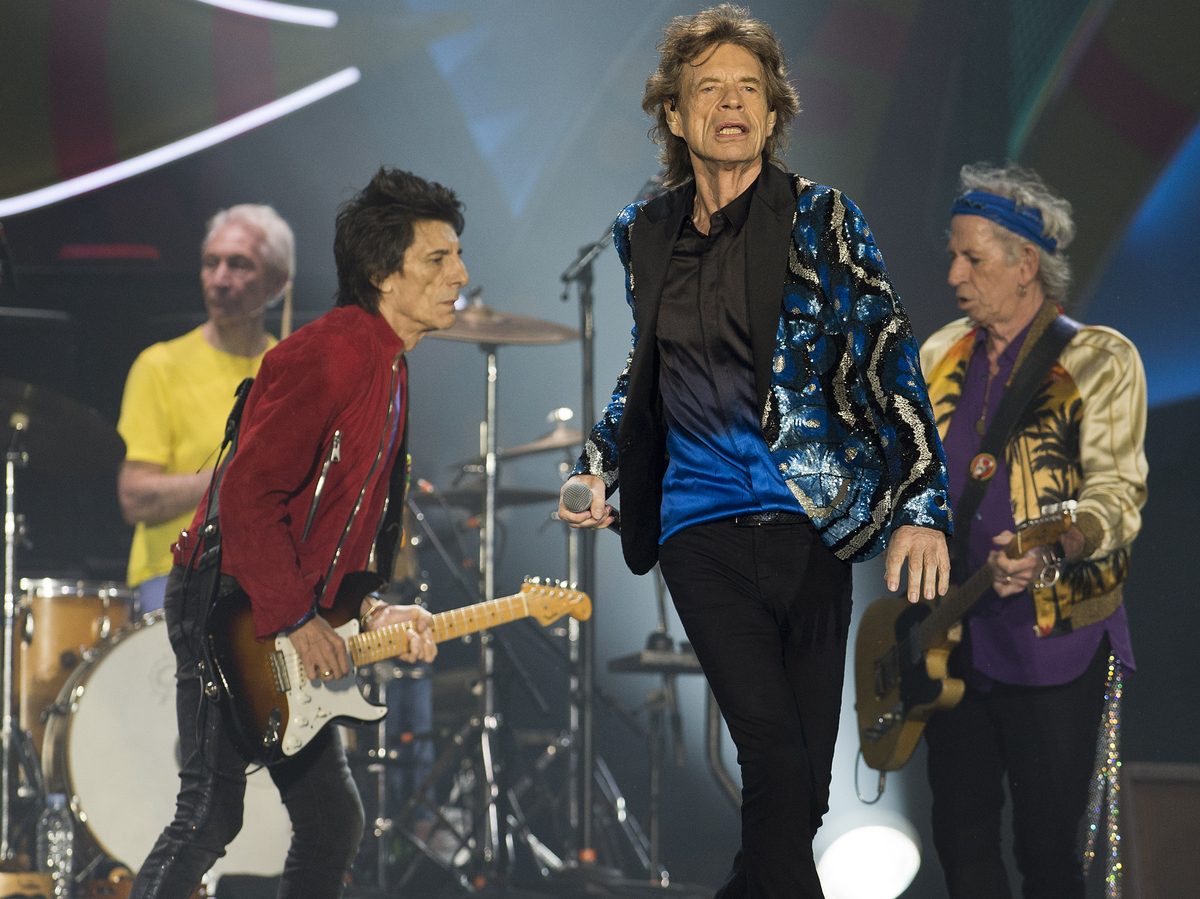 On Tuesday The Rolling Stones announced the band's upcoming performance in Havana, hailing it as a landmark occasion. The concert is slated for March 25 at the Ciudad Deportiva de la Habana, a centrally located "sports city" complex.

While the announcement heralds the show as "the first open-air concert in the country by a British Rock Band," it's part of a much larger rush of major musicians to play in Havana as the governments of the U.S. and Cuba begin to mend their relationship. And it's part of an even larger, and much longer, history of popular American and English musicians breaching politically and economically closed markets.

In recent months, some high-profile artists have sojourned to Cuba, from Arturo O'Farrill to the Minnesota Orchestra, in many instances before President Obama announced plans to restore diplomatic ties with Havana. The musical Rent premiered in Havana on Christmas Eve 2014 — the first production of a Broadway show in Cuba in half a century. (Tickets cost a reported 50 cents.)

Even without performing there, some huge stars have made recent forays to Cuba. Last November, Vanity Fair published photos of Rihanna in Havana, shot by Annie Leibovitz; in 2013, Beyonce and Jay-Z were mobbed by fans on the island during their vacation there. Questlove even made a short documentary about his recent trip, where he DJ'ed at the popular arts gallery, performance space and all-around cool hang Fábrica de Arte Cubano.

Pop superstars are also reaching out to collaborate with their Cuban peers. Last summer, singer Marc Anthony teamed up with the Cuban reggaeton duo Gente de Zona for a song celebrating Latin American unity called "La Gozadera," which was filmed largely in the streets of Havana. (According to press reports, Anthony shot his portions on the streets of Santo Domingo, in the Dominican Republic.) The song became a smash and has garnered more than 235 million views on YouTube since June.

And in 2014, Spanish crooner Enrique Iglesias scored a massive international smash with "Bailando," featuring Gente de Zona and another Cuban artist, Descemer Bueno. The video has been viewed more than 1.3 billion times since its April 2014 premiere.

This month in particular is heating up musically in Havana: Major Lazer, who are enormous stars in dance music and whose hit "Lean On" went to No. 4 on the Billboard Hot 100 chart last summer, will be performing a free concert in front of the U.S. Embassy in Havana this weekend.

As Billboard writer Judy Cantor-Navas noted just Tuesday, while American musicians have been rushing to take advantage of the warming relationship between the U.S. and Cuban governments over the past year, many mainstream stars have already played Havana. She writes:

"It may indeed come as a surprise to some members of the American music industry who are now rushing to plant a flag in Cuba that, in 1979, Billy Joel, Weather Report, Kris Kristofferson, Fania All Stars and others gathered there for a three-night series of concerts called the Havana Jam. The Jam was an effort of the late Bruce Lundvall, a pioneer when it came to music in Cuba, and the late Fania Records founder Jerry Masucci. Jazz musicians from Dizzy Gillespie to Wynton Marsalis have performed at Havana's annual International Jazz Festival. In 1999, Bonnie Raitt, Mick Fleetwood and Gladys Knight were among the Americans who spent a week writing songs with Cuban artists and performing together at the Karl Marx Theater. Kool and the Gang celebrated in Havana in 2009. In 2005, Audioslave performed for 50,000 in what was then the biggest show by an American rock band on the island."

So you could say, more truthfully, that the Stones are the first massively successful white British rock band d'un certain âge to play Havana. Having said that, they're still one of the biggest touring acts in the world. According to Forbes, they grossed $57.5 million in 2015 live dates alone — even though they played only 22 shows during the period the magazine was tracking. So their arrival in Havana is still something of a milestone.

This isn't the first time the Rolling Stones have wanted to plant their flag in a tantalizingly new market, however. According to the BBC, they were vying in the mid-1980s to be the first big Western band to play China — but both they and glam rockers Queen were bested by Wham!, the George Michael and Andrew Ridgeley duo. When the two arrived in Beijing in 1985, they seemed stunned that they were mostly encountering government officials in tightly choreographed meetings. ("Where's all the screaming kids, then?" one of them wondered aloud upon their arrival at the airport.)

When Wham! performed its Chinese shows, it was largely for audiences with government connections. The same dynamic came into play nearly 25 years later, when the New York Philharmonic received an invitation, seemingly out of nowhere, to play in Pyongyang, North Korea. The news of the invitation was greeted with a very mixed reaction by some of the orchestra's members. And just as Wham! experienced in China a generation ago, the Philharmonic encountered audiences stuffed with functionaries.

As the New York Times' Daniel Wakin noted upon his return from North Korea, "During the Philharmonic's performance, virtually no North Koreans in the audience were seen tapping their feet or their fingers, or nodding in time to the music, or changing facial expressions to match the mood. ... Orchestra members said there was even less connection with the audience during the morning dress rehearsal. Several said they tried but failed to make eye contact with people."

Western bands also dreamed of getting into the then-Soviet Union in the 1970s and 1980s. The first American group to tour there was the Nitty Gritty Dirt Band, who in 1977 played in Moscow and Leningrad, as well as Yerevan, Armenia; Riga, Latvia; and Tbilisi, Georgia. It was a landmark event that apparently wouldn't have happened without the the intercession of President Jimmy Carter. And even during the most culturally bifurcated years of the Cold War, Western pop stars were well-known within the Soviet Union, thanks to bootlegs — some even made on reused X-rays.

That kind of government-led cultural diplomacy carries echoes of the State Department's program to send American musicians — and primarily African-American musicians — out on the road. Over decades, such artists as Louis Armstrong, Duke Ellington and B.B. King traveled to the Soviet Union, West Africa, the Middle East and South Asia during the Cold War. In 1955, a production of Porgy and Bess by a company including Leontyne Price and Maya Angelou, with an embedded Truman Capote, played Moscow and Leningrad at the Soviet Union's expense.

These days, though, it's not so much government-directed efforts that are helping big foreign artists make headway in Havana. Instead, it's more a combination of personal interest and curiosity — and perhaps wanting to stake a commercial claim in a country that remains just out of reach as a market.