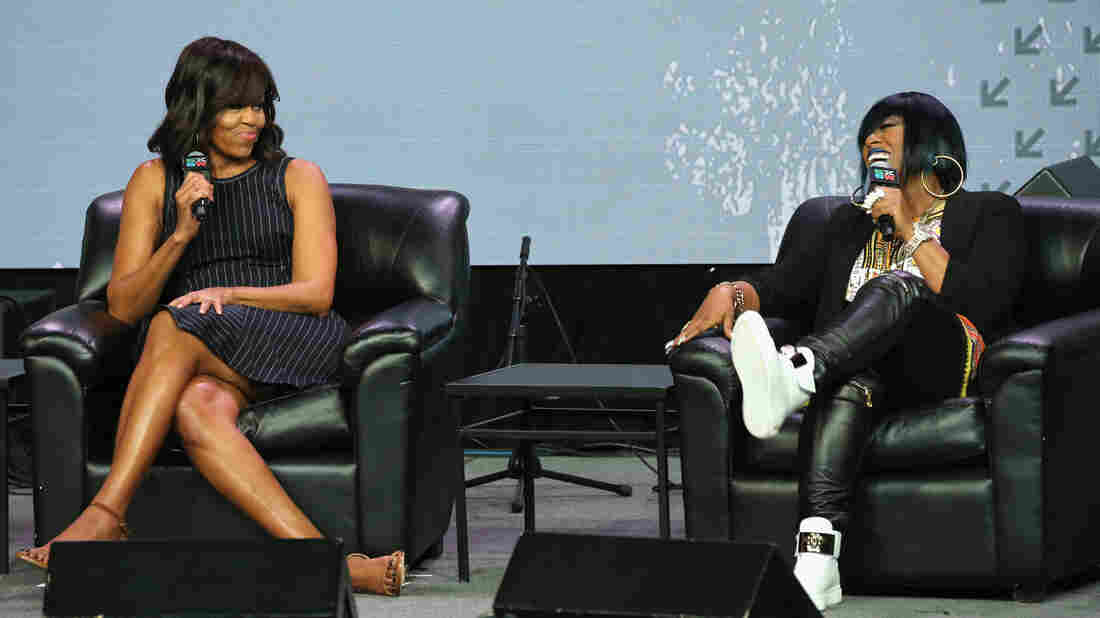 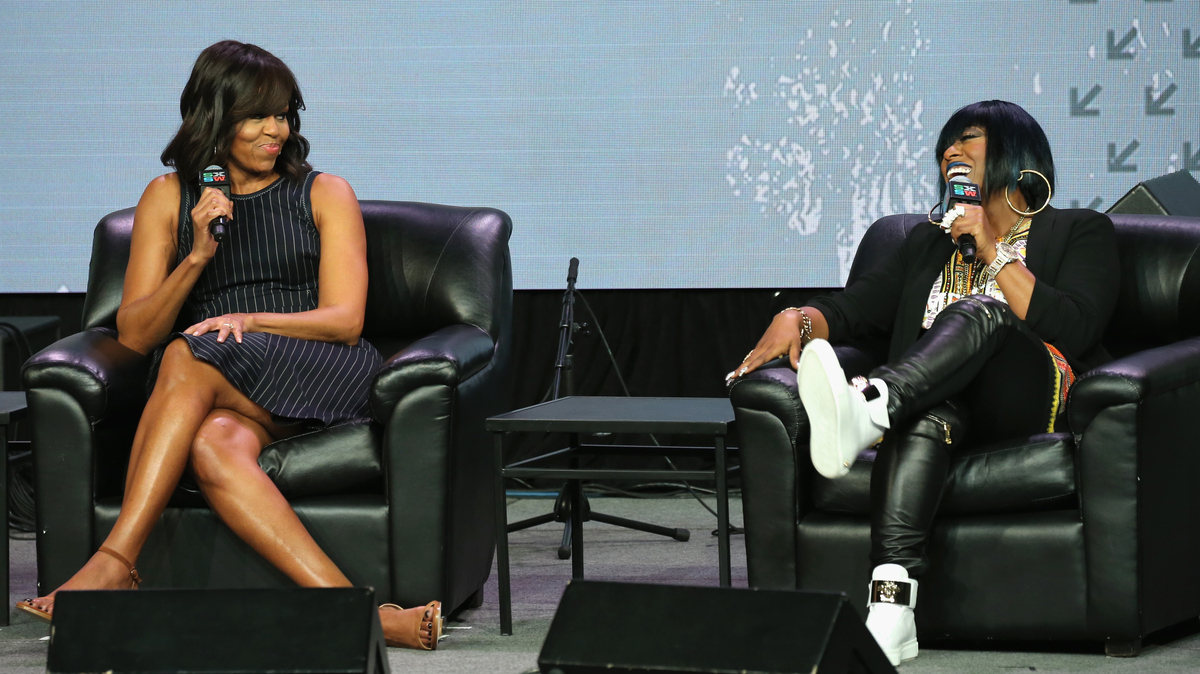 Michelle Obama (L) and Missy Elliott onstage at SXSW during the 2016 keynote address, which focused on educating girls.

Over the last week, Barack and Michelle Obama have been spending plenty of time mixing it up in the pop culture and music sphere. Last week, the President spoke at SXSW Interactive, giving a keynote that touched on the uses of technology in government, from Apple's conflict with the Dept. of Justice over security to what the government would need to do to attract tech workers. On Monday, the White House hosted the cast of the blockbuster Broadway musical Hamilton, with the President collaborating with Hamilton's writer and star, Lin-Manuel Miranda, on a freestyle rap in the Rose Garden.

The campaign, called #62MillionGirls on social media, is intended to help the 62 million girls around the world who are prevented from getting an education — from those who aren't attending school due to logistical challenges, from families who can't pay for school fees and who suffer from a lack of adequate bathroom facilities to those who face attitudes and beliefs that deter and oppress young women.

Some of the panelists talked movingly about circumstances that could have been limiting for them personally, from lowered expectations for the youthful Michelle Obama, growing up on the south side of Chicago, to Queen Latifah, who lost two cousins to the AIDS epidemic and her own experience with activism — "the little action I could take as a teenager."

The SXSW keynote was accompanied by the launch of several other initiatives related to the #62MillionGirls campaign, including the song "This Is for My Girls," which has premiered on iHeartRadio and iTunes, was written by Diane Warren and is performed by a group of artists including Zendaya, Missy Elliott, Kelly Clarkson, Lea Michele, Janelle Monae, teenage actress and singer Jadagrace and the sisters 17-year-old Chloe and 15-year-old Halle Bailey, who were recently signed to Beyonce's Parkwood Entertainment and who served as the opening act before Mrs. Obama's address with a mini-set of their own material.

Apple, AOL and Motown Records have pledged to donate one hundred percent of the proceeds from purchases of "This Is for My Girls" through iTunes to the Peace Corps' Let Girls Learn Fund. All of the artists and labels involved in the song, including songwriter Diane Warren, have also agreed to donate their royalties to the Peace Corps fund.

Michelle Obama also wrote a #62MillionGirls-related essay published this morning on director and actress Lena Dunham's newsletter, Lenny. While the Obamas are drawing high-profile artists and creators into this campaign, they are also encouraging people to participate on a far more grassroots level — and not just by buying a single. As Mrs. Obama wrote for Lenny:

"You don't have to have a Grammy to make a difference here ... You can organize a fun run, a battle of the bands, a trivia contest, a cocktail party — anything you can dream up and execute is fair game (within limits, of course). You absolutely have the power to make a difference on this issue, and girls around the world are counting on you to step up and act."