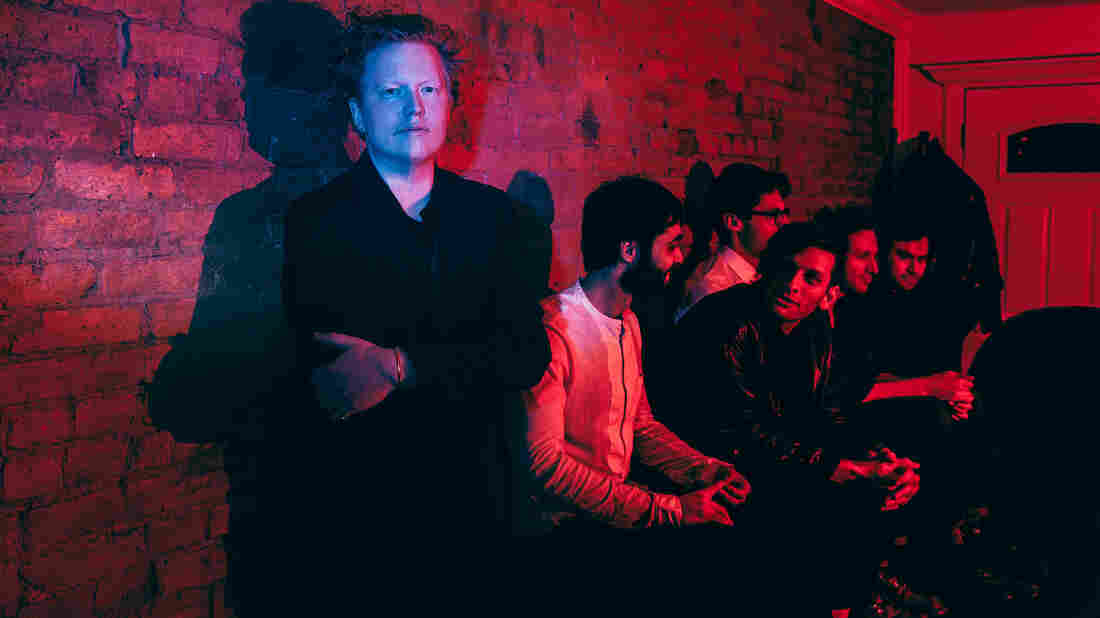 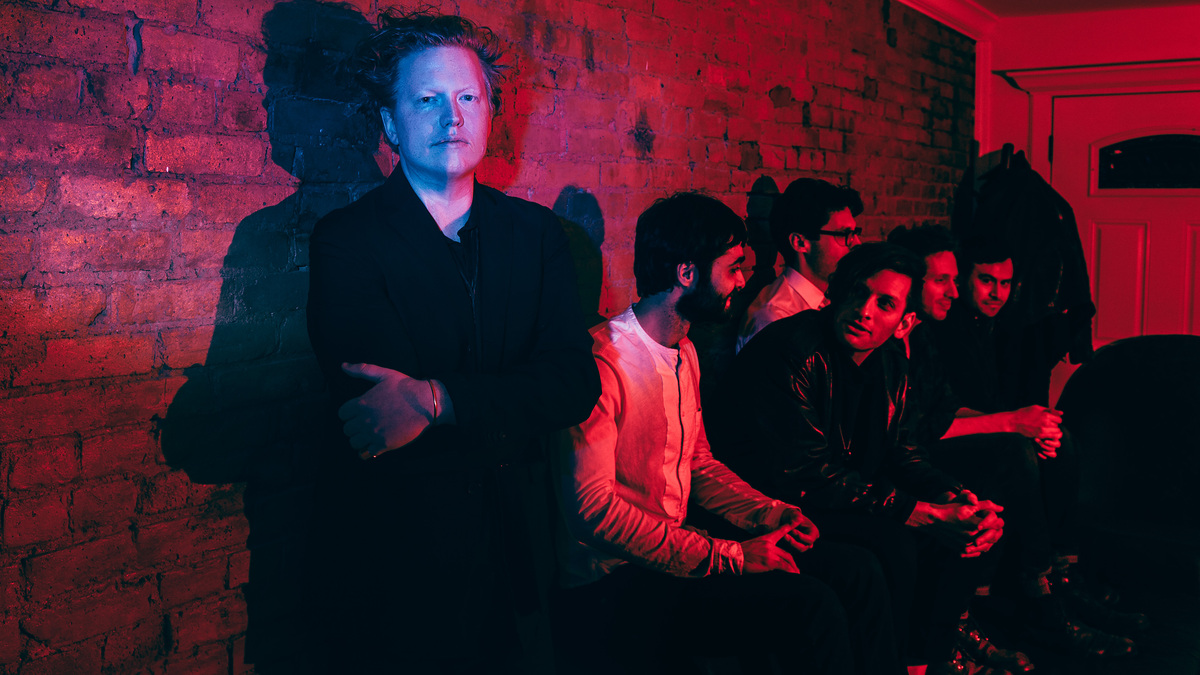 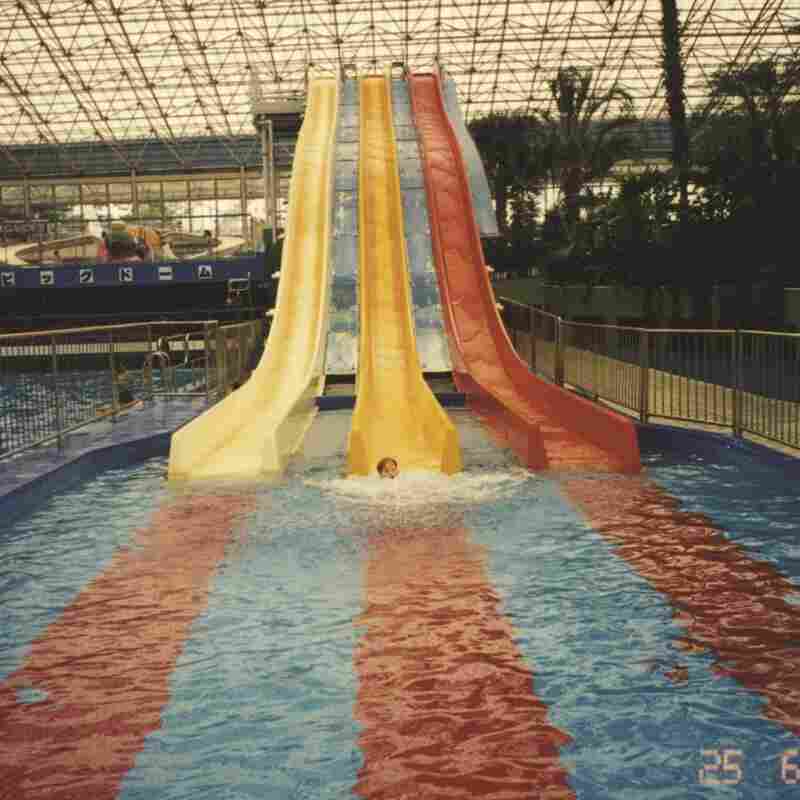 Become Alive (Other People 2016) Courtesy of the artist hide caption

Though he's best known as a live collaborator of techno wunderkind Nicolas Jaar and one-half of the electronic-rock group Darkside, guitarist Dave Harrington has a deep history with jazz and improvisation. Become Alive, the debut album of the group that bears his name, digs deep into these musical roots. Yet there's a twist: electronic studio processes are also on-hand to coax new results in the music. Become Alive is based on a producer's approach to composition, a form that can be traced back to Miles Davis and Teo Macero's work during the trumpeter's "electric" years in the late 1960s and early '70s.

Harrington took to the recording studio with a number of local Brooklyn players, then reworked the material afterwards. That retroactive gesture of extensive post-production yielded a wealth of possibility, turning the session into a meeting ground of the digital and analog, of ideas and reactions, of the seemingly random and the observational. Harrington's goal was to find a voice as naturally as possible by stringing together various experiences and sources like a circuit board, while still reflecting his own musical personality. Though improvisation holds a lot of room for error, that danger is precisely what made it so useful for Harrington as he attempted to carve out a space for himself. The guitarist was effectively becoming alive through the work.

The album's opener, "White Heat," simmers with cascading vocals and feedback making for a meditative and overtly introspective start. But the stacks of somberly sampled and delayed guitar strokes clearly shows the process behind it. The temperament shifts with every new tonal addition and builds into a swath of spectral sounds that may or may not be incidental — or even from the same session. "White Heat" is a slow burner that does not move in a straight line, constantly folding over itself and stretching to make room from new sonic qualities. Harrington's gestural hand behind it is studied but also playful.

"White Heat" and Become Alive are products of thoughtful, controlled spontaneity, and with its release on the horizon, Harrington spoke candidly about his approach and inspiration for the album.

Other than the EP in 2014, this is your first recording under your own name. What inspired you to take such an experimental direction?

I guess I just got to a point where I had made a handful of records that never quite got completed — in part, because I had never really fallen in love with the process of working in the studio. I spent a lot of my time being in other people's bands and I really like playing gigs. At a certain point I started to kind of come around the bend, working in the studio, making recordings but also manipulating the results. I started figuring out methods for treating studio sessions as raw material: hit the "red" button, capture it and then deal with it! That became really exciting for me, and I eventually did this big recording session with people that I've known for years from all different walks of the music world. I put the session together, but I wasn't really sure what I was going to get out of it. The more I worked with the material it just started becoming a feedback thing where I got more excited about working on it, and it began to start guiding me.

In some ways, the warping of the material is a lot more natural than the initial process itself. Playing and recording is kind of confined.

As I worked on the album more, in different spaces or on tour, I think I just started to hear different things. I wasn't on a deadline, and I was still trying discover what the project wanted to be. So, I think there's something kind of organic, or natural about how it all developed, as I was influenced by different things around me. I'd listen to pieces of music and started to see them in a different light. It was really just like what do I want to say. And does this music want to say on its own accord. And how can I make the two meet.

Do you think that working with Nicolas Jaar's band — and as part of Darkside — may have lead you towards that?

100 percent in terms of working in a studio. Also in terms of working in a box and thinking about new ways to approach things. A lot of what Nico and I did was the result of improvisations. So it's not exactly the same, but it's not dissimilar from the way this record got made. Seeing how that line could continuously be blurred between improvisation, live-ness and "studioness"; and how all of that stuff works on a spectrum was definitely influenced by Nico.

A lot of records have played with that idea of blending the studio and improvisation, preparedness vs the freeform. What exactly was your process to get to the ideal in that?

Most of my process is built on improvisation, whether that's interaction with others or working alone. It's also interactive in me dealing with the raw [sound] material. A lot of the manipulation is stuff that I had to lay my hands on, and I would say that there was an improvisational spirit behind even the production elements. I like the feeling of hearing something be unstable, and hearing the difference. Maybe the listener doesn't hear that it was my hands on things, doing things, but the delays, or micro-samples, or pre-amped pitched things happened as a result of me reacting to a song while I'm playing it back, and doing things to it! I'd like to think that that puts more energy into the music. Even if you don't know that's happening, there's still a kind of spontaneity that comes through as a result.

For me, it's all of these things. The improvising in relation to composing, recording and performing... I'm starting to figure out a way for them to all interact with each other and I think this record is more of a result of that process than any else. Even the literal, physical audio tools that I used in the production process I now use in my live rig. So the way that I play guitar is becoming integrated with the electronics that I'm using live. It's not to get wild sounds — that's not what I'm after. The electronics are just another instrument that allows me another means of expression. Now, as I'm playing live, I'm doing the same things that I do in the studio, and I'm trying to recreate those things and see what happens when the machine kind of goes off.

How much hardware did you use versus software?

You know, I think ultimately I'm not a conceptual purist in either direction. Whatever gets the job done and creates the sound that you hear in your head, that's the best tool to use. I'd say that I use a lot of physical analog hardware that's just not fancy stuff, just stuff that speaks to me. Like, I became obsessed with these rack-unit delays from the '90s that allowed me to do this cool micro-sampling and then re-sampling thing. They're lousy and always on eBay, and nobody really wants them. But I became totally obsessed and have like half a dozen in my house, and at least one in my rig. It's crazy how just the one feature of this one box opened up this entire sound world to me. I found ways to get sounds that reminded me of things that were beyond the guitar. I learned to take things and totally divorce them from their acoustic nature, and you end up in a completely different place, and circle back around again.

Improvisation is such an unknown, especially when working in a hybrid digital/analog way like you did. You seemed to have really built a relationship or communion with your gear and sounds.

I wouldn't say everything was purely improvisational, but I do think that the foundational spirit of improvisation is structural and implies a greater depth. It necessitates presence.

You're kind of having to build an identity in the thick of all of the information and material.

Or you sometimes strip the identity away and disappear. Some of the best moments playing are when the "youness" just melts away, and it's just sound, texture and color. That's rare, but that's maybe what I'm searching for.

Become Alive is out on April 15 on Other People