Accessibility links
Songs We Love: Leyla McCalla, 'A Day For The Hunter, A Day For The Prey' : The Record Great new Haitian/Creole-influenced music and video from the singer-songwriter-violinist (and ex-Carolina Chocolate Drop); plus, an interview about where her creative energy now resides. 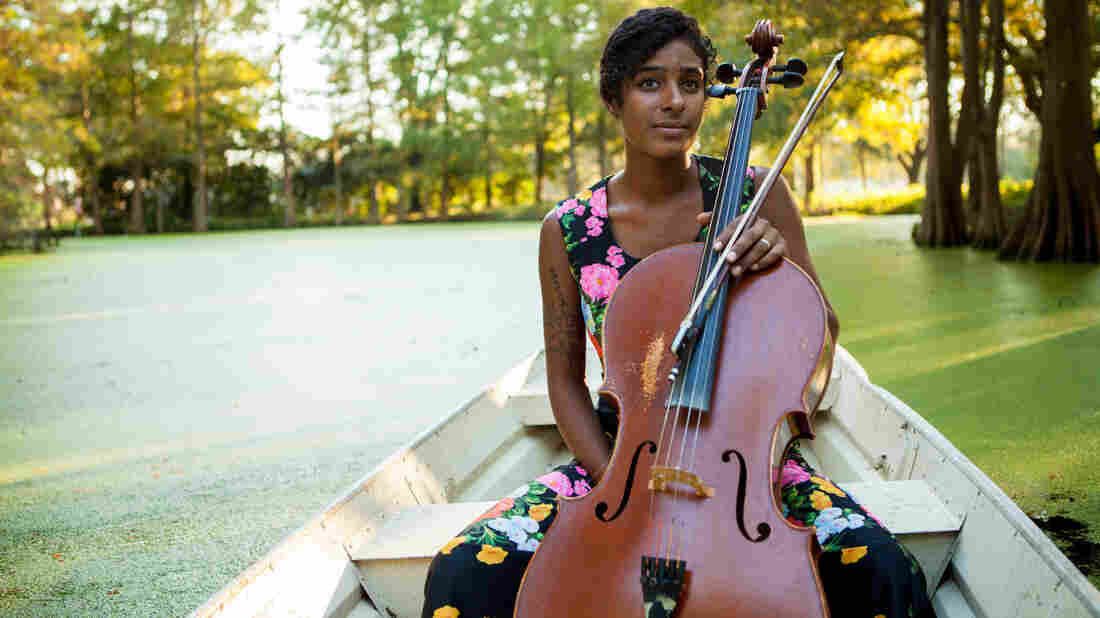 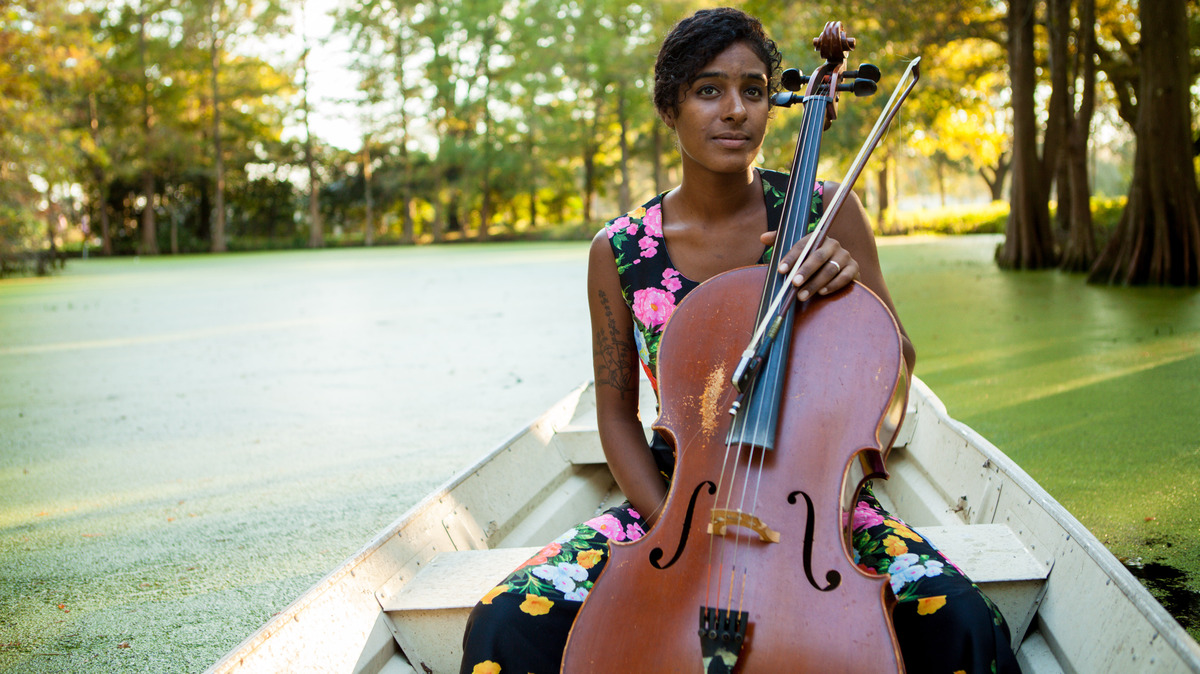 It's an exhilarating thing, hearing a musical virtuoso explore her voice's unanticipated potential in all of the ways that Leyla McCalla does. She's a formally trained cellist who's loosemed her playing from the strictures of classical technique, teasing out its more nimbly rhythmic qualities. She's a cunning interpreter and arranger, equally at ease with English, French and Haitian Creole, given to gracefully flitting around the beat with her feathery timbre and finespun vibrato. She's also a singer-songwriter, tracing the intricate textures of post-colonial, pan-African experience with her poetic language of longing.

The New Orleans-based, Haitian-American artist's previous album, Vari-Colored Songs, found her animating the words of Langston Hughes. On her latest, A Day For the Hunter, A Day For the Prey, she embellishes her vision of intertwined musical traditions, from Creole slave song to Haitian folk balladry and string band jazz. Here and there, she enlists such sympathetic collaborators as roots powerhouse Rhiannon Giddens (with whom she's performed in the Carolina Chocolate Drops), Louis Michot of the Lost Bayou Ramblers, jazz guitarist Marc Ribot and New Orleans jazz-pop innovator Sarah Quintana.

In an email interview with NPR, McCalla expounded upon her intentions for the song "A Day For the Hunter, a Day For the Prey" and the rest of her album's dozen tracks.

"Day For the Hunter, Day for the Prey" is a Haitian proverb and a title shared by this song, your new album and a book by Gage Averill. What stuck out in the excerpt of Averill's book that I read was the way that he recognizes "resistance and subterfuge" in Haitian musical traditions, particularly "resistance to agents of oppression (whether foreign or national) against whom outright warfare was impossible." There's a rich subtext to the music he's describing, and to your latest collection of songs too. Could you unpack the meaning of the proverb and what resonates with you about it?

"A Day for the Hunter, A Day for the Prey" is a phrase that immediately caught me and had my mind turning from the moment that I laid eyes on the Gage Averill book of the same name. On one level, I heard it as one day for the oppressor and one day for the oppressed, a phrase that only survival during the colonial times of slavery could have produced. On another level, it made me think of the roles that we all play throughout our lifetimes, how we are all trying to navigate our way through this world where sometimes it feels as though we are the hunter, and sometimes we are the prey. This especially rang true as I feel like we live in a society that tells us that we need to do all these things to take care of ourselves and our families but then hardly gives us the resources to achieve those goals. I wrote the song thinking about Haitian boat people, refugees who travel by boat from Haiti to the United States, and the vulnerability and desperation of that position. Even though that's a specific source of inspiration, we're seeing the same struggle with the Syrians heading to Greece and we've been seeing it all over the world for a long time. I felt that this proverb really captures the essence of the Haitian spirit, which to me is very linked to the struggle for human rights and political sovereignty. 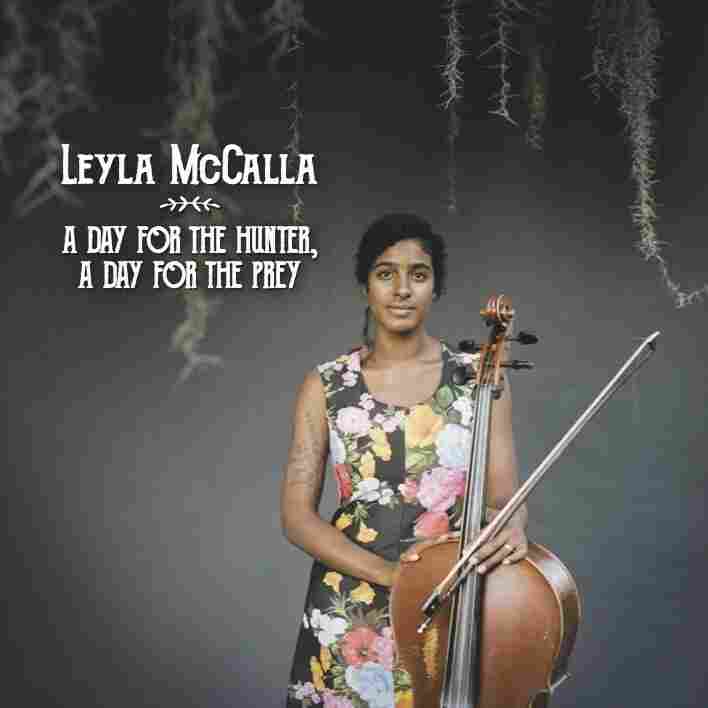 This video captures a lush bayou setting in your adopted home of Louisiana. You came there as a first-generation Haitian-American woman raised primarily New York and New Jersey. The album itself assembles songs sung in Haitian Creole, French and English. What are you up to in your bridging of languages, musical cultures and geography?

I always felt at home when I was in New Orleans. My move to Louisiana was the beginning of me diving into understanding the historical and cultural connections that exist between Haiti and the United States and has been a deeply moving and perspective-shifting experience for me as an American. The story of Haiti's independence and how it was won is so intertwined with the legacy of slavery and had an incredible ripple effect on the major colonial powers in the world at that time, setting a precedent that set the stage for slave uprisings in the United States. The struggle for Haitian independence was extremely violent and I suspect that this is why it's not spoken about very much, just as the conditions of slavery were equally as violent and we hardly can face that. On a personal level, with all of this complex history, my own identity as a Haitian-American growing up in this country has been full of confusion as I tried to assimilate to a culture that I never felt fully a part of. I've come to recognize this as a strength, but that in and of itself has been a battle. Music is transformative and has great healing power and so, sharing this complex history through songs is my way of reckoning with my own sense of place but also try to contribute our greater societal healing. The more we know, the more empowered we are.

The video also offers us a clear view of your innovative instrumental technique. You spend so little of the song playing long bow strokes; mostly you strike the strings with your bow, essentially using your cello as a rhythm instrument. What makes an unorthodox playing approach right for your music?

I'm mostly concerned with the musicality of a song over the technique that I'm using. My ear is my guide and my fingers are following my ear. I like to have lots of textures and sounds to draw from, and the cello is such a playground for the range of roles that it can play. It's a super emotional instrument! The way that I play is just what fits the song, what feels right and what makes the most musical sense to me. The way that I compose, arrange and write is very instinctive. I always feel like I am chasing clues to a puzzle with no wrong answers but one particular way that says what I'm trying to say the best.

You received classical training in your formative years, steering you toward mastery and interpretation of the classical canon. Since that time, you've completely reinvented yourself as a musician, not just stylistically, but also, it seems to me, philosophically. How high do things like getting a message across and representing your distinct identity rank in your priorities now?

I would say that representing my identity and sharing a message has become the top priority for me as a musician. Though I studied classical music for years on the cello, it's really my voice that carries my musical career, despite having little vocal training. Music is the one thing that always draws me back in, has always made me feel my humanity and connected me to my spirit, and that's why I'm doing it. I'm not trying to be the best musician in the world anymore, I'm mostly concerned with being honest and authentic in my work, in processing what I am experiencing as a human on planet earth and sharing that with other humans. I've found that experience to be the most fertile ground for connecting with my creative voice and that protects me from the proverbial musical rat race. That said, I tend to always be looking for ways to push the envelope a little bit further and find different sounds to work with that fit my songs, mostly because its fun.