Accessibility links
Zayn's 'BeFoUr' Is A Numbed Cry For A New Start : The Record Lit by flashbulbs since he was 17, the latest solo song by the former member of One Direction reflects an uncertain and overwhelmed story that runs through so much millennial pop. 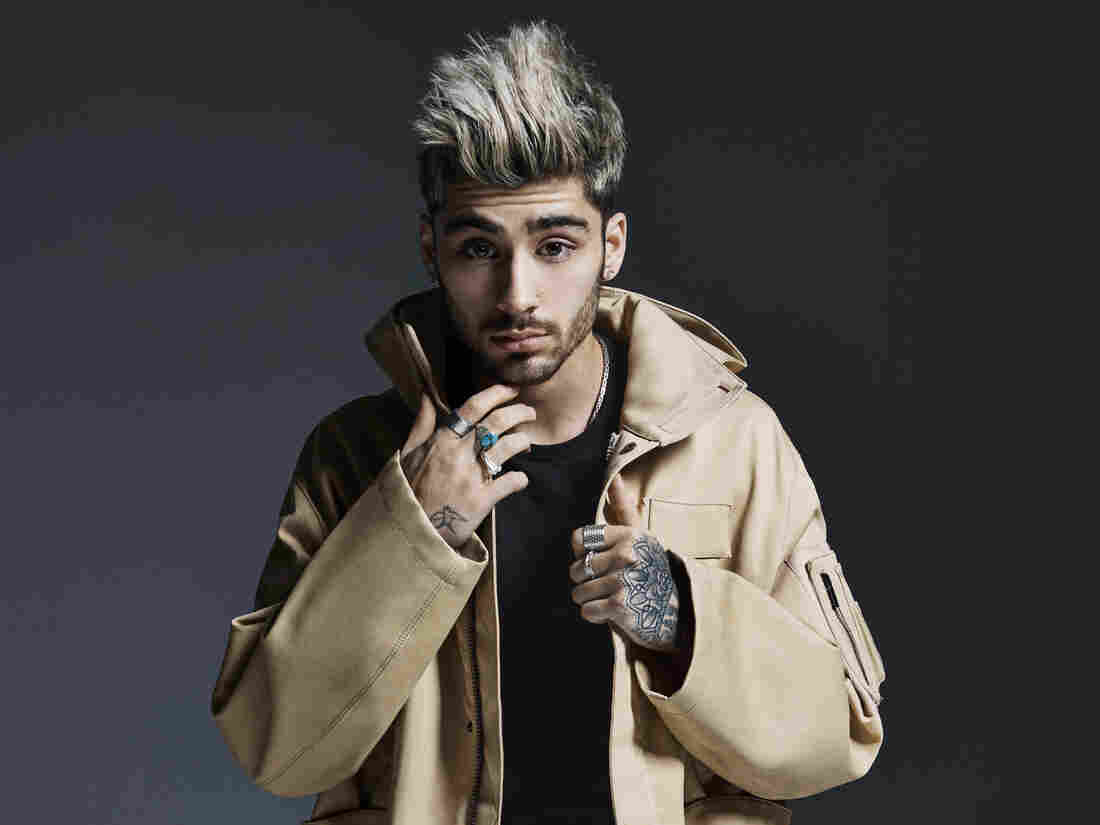 Zayn Malik's debut solo album, Mind of Mine, follows his departure from the boy band One Direction, with which he released four albums in four years. Miller Mobley/Courtesy of the artist hide caption 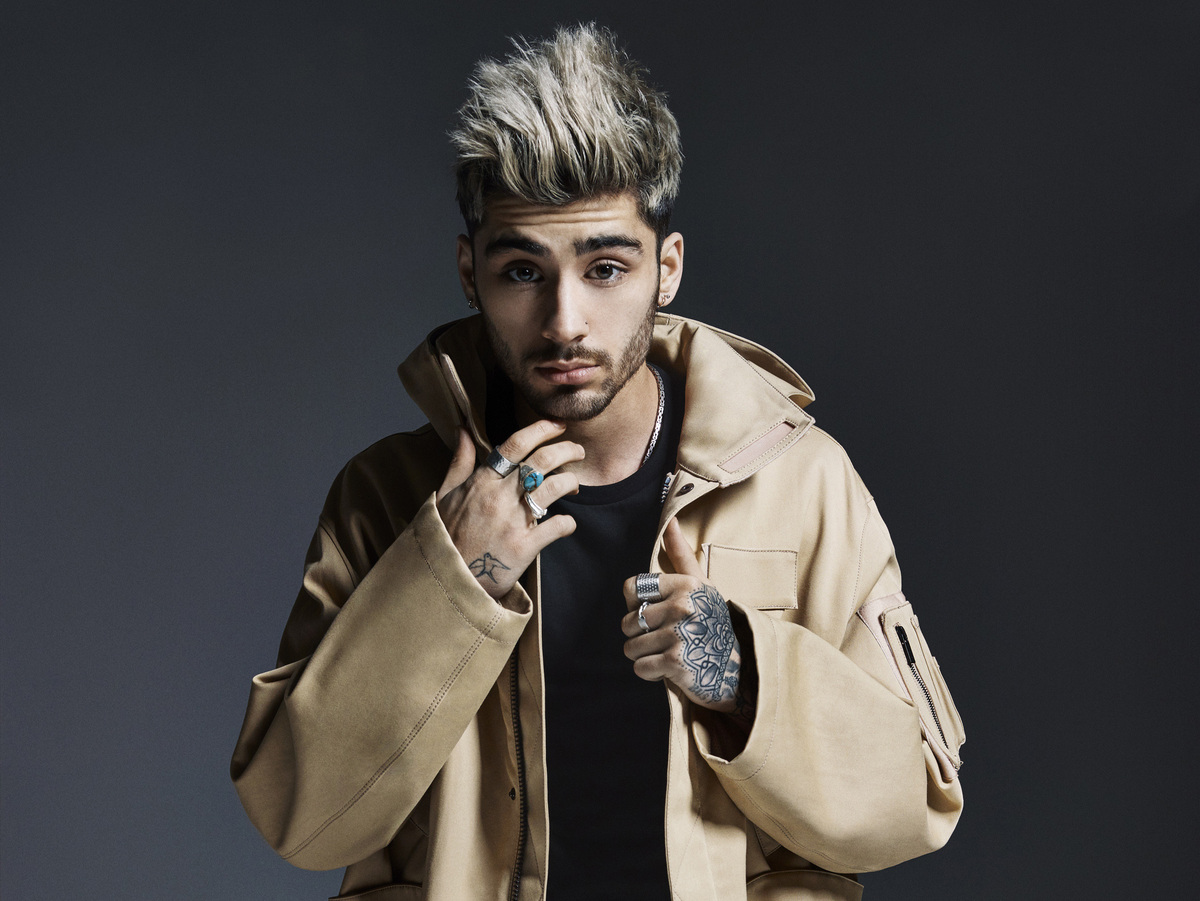 Zayn Malik's debut solo album, Mind of Mine, follows his departure from the boy band One Direction, with which he released four albums in four years.

Miller Mobley/Courtesy of the artist

Zayn Malik begins his latest solo hit, "BeFoUr," as if it were a statement of purpose: synthesizer swell, hushed pause, vocal hook manipulated to sound like he's speaking into a megaphone. I've done this before, the boy band brooder-turned-loverman intones, but not like this. As an expression of excitement, of swagger, it's odd. It's more like a near-disclaimer, weighing jadedness against bravado: the shrug that comes before an act of daring our hero isn't sure he wants under a spotlight.

On a literal level, "BeFoUr" is about Zayn's departure from One Direction, an atypically bitter split, as critic Rob Sheffield has thoroughly documented, within the polite world of manufactured teen acts. But gossipy particularities aren't what makes "BeFoUr" feel relevant. It's the way this cry for a new start fits into a story that runs throughout millennial pop. Pushed to overachieve since infancy, yet assumed by many adults to be attention-deficient and emotionally unmoored, millennials like the 23-year-old Zayn are callow old souls buried in other people's information. "Innovation" is the mantra forced upon them; often, opportunity seems sparse. And then there's the bigger picture: melting icecaps, global conflict, their own parents' slide into debt and social precarity.

I've done this before, but not like this. Zayn, who's now recording under only his first name, sings the line's descending melody in an inward-turning murmur with just the hint of uplift at the end. That pattern continues throughout the song as it moves through a series of Michael Jackson nods, all built around a melodic and rhythmic hook borrowed from Daft Punk's 2013 smash "Get Lucky," but pitched down to mitigate the original's cheeriness.

Zayn has a real voice, and at one point he emits a mighty falsetto note before sinking back into his hoodie again. "Flashing lights!" he wails in a reference to the photographer's bulbs that have made him blink since he was 17. But hey, that phrase is also the title of a 2013 Kanye West song. So that's what producer Malay was thinking about when he anchored "BeFoUr" in a low, insistent snare drumbeat. At very least, West's sensibility has influenced this song's floating paranoia. There's a haunted quality to "BeFoUr," established through jarring turns of phrase like numb on a roof / set it on fire or I'll take all the right wrongs, and through the shimmer effect Malay creates by multi-tracking Zayn's breathy vocals and then leaving them momentarily naked. I've done this before, but not like this. Denied both the comfort of familiarity and the thrill of freshness, Zayn enters the cool light of morning.

So many pop songs right now reflect young people's attempts to step forward while feeling uncertain and overwhelmed: Justin Bieber's resentful "Love Yourself"; the chilly declaration of self-sufficiency "Me, Myself & I" by rapper G-Eazy with Bebe Rexha; 21 Pilots' self-explanatory "Stressed Out"; Zayn's own angsty "Pillowtalk," which puts aside romantic dreams to confront how sex, especially in this moment of roofies and rape awareness, can feel like a war zone. Pop is often about uplift, but right now it's about getting through the day. The video for "BeFoUr" places Zayn among ordinary British kids; they engage in a little risky behavior, lighting bonfires and driving too fast, but mostly they just drift from haircuts to workouts to fast-food jobs and afternoons endlessly hanging around. The milieu is anti-glamorous, urban and multi-racial, very similar to the one Zayn's role model, Rihanna, presented in her video for the Calvin Harris collaboration "We Found Love." Zayn's video and song surface in the same space where Rihanna danced — a hopeless place, as her song said, but not a tragic one. Hopelessness, defined through today's Top 40, is a condition of being aware of the mess the world has become. The confusion they've inherited is a trash pile young people set alight to guide their way.

Throughout his debut album Mind of Mine, Zayn enacts the predicaments of his young life, especially within sexual encounters, but more generally as a man figuring out when to act and when to lay low. He isn't a strutter. He's sneaking up on the listening public instead of breaking down the door. This approach suits his sultry, slightly insolent image, connecting him with an R&B scene defined by uneasy antiheroes like Drake and The Weeknd. It also makes him of his generation, if not the voice of his generation. He'd never want to claim such an overblown title. "Say what you wanna say," he repeats over and over again in the chorus of "BeFoUr." He'll move forward, dodging the chatter the way his wavering but ultimately strong voice weaves through the musical chatter Malay puts in his way. He's not sorry. Hashtag, no big deal.