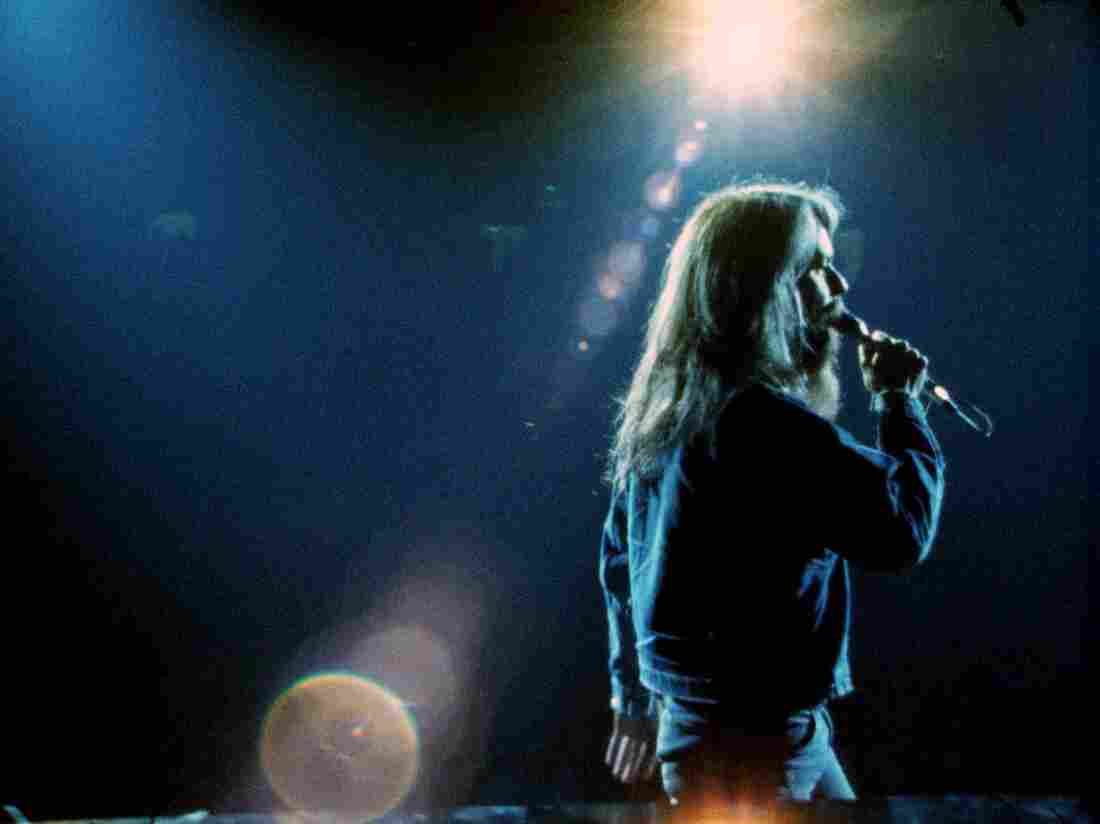 Leon Russell in a scene from Les Blank's film, A Poem is a Naked Person. courtesy of the producers hide caption

toggle caption
courtesy of the producers 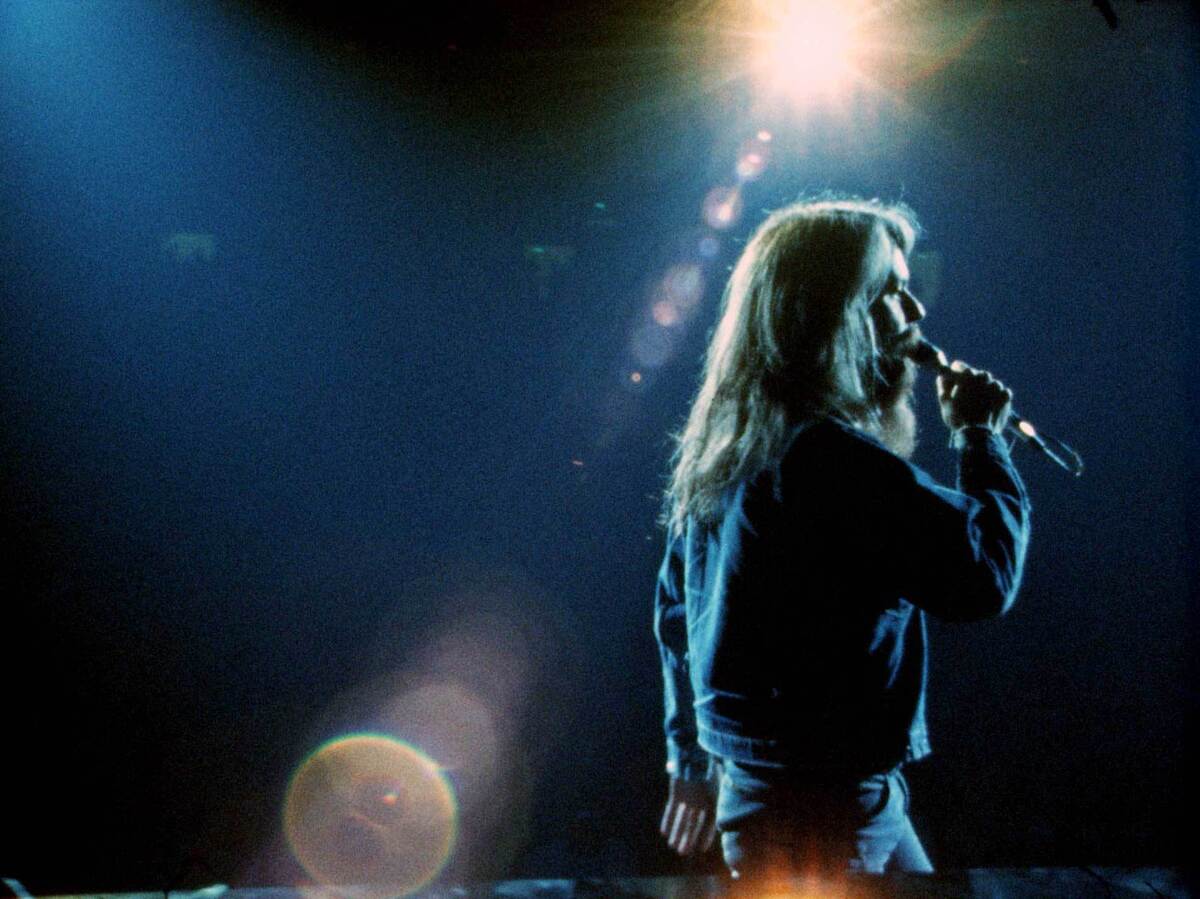 Leon Russell in a scene from Les Blank's film, A Poem is a Naked Person.

courtesy of the producers

Early in Heads, his deep exploration of American psychedelic culture, Jesse Jarnow details how the Berkeley-based visual artist Rick Shubb drew up a peculiar new world map. Called "Humbead's Revised Map of the World" and appearing in underground magazines starting in 1968, it was a psychedelic Pangaea comprised primarily of hippie hubs like San Francisco, Cambridge and New York City. Yet right off the coast of this funny landmass was the "island" of Nashville, suggesting that, though it may have been geographically nestled in the deep, clean-cut, hard-drinking conservative South, Nashville always existed as both beacon and haven for musicians and left-leaning, dope-smoking longhairs. While known as the churning heart of the country music hit-making machine, Bob Dylan had already cut Blonde on Blonde there in 1966 and many rock and folk musicians soon followed in his footsteps: Leonard Cohen, the Byrds and Neil Young, to name just a few.

40 years later, as Humbead's coastal metropolises become increasingly cost-prohibitive and more the province of artisanal yuppies rather than hippies, Nashville has come back to the fore as a city supportive of its artists and musicians. As seen in the recent photography book Nashville: Behind the Curtain, it's the home for Americana royalty like Emmylou Harris and Kris Kristofferson, new country stars like Kacey Musgraves and Little Big Town, not to mention rockers like Kings of Leon, the Black Keys and Jack White (though he doesn't appear in the book). On the other side of the Cumberland River lies the buzzing East Nashville scene, with the likes of JEFF the Brotherhood, the Ettes, Andrew Combs, The Apache Relay and numerous others. This month, that city is a silent star in two legendary, yet little-seen music documentaries that explore the darker, stranger sound that emanated from "Music City, USA." James Szalapski's Heartworn Highways captured the start of the outlaw country music scene of the mid-1970s, while Les Blank's A Poem is a Naked Person followed around rock star Leon Russell at the height of his popularity. 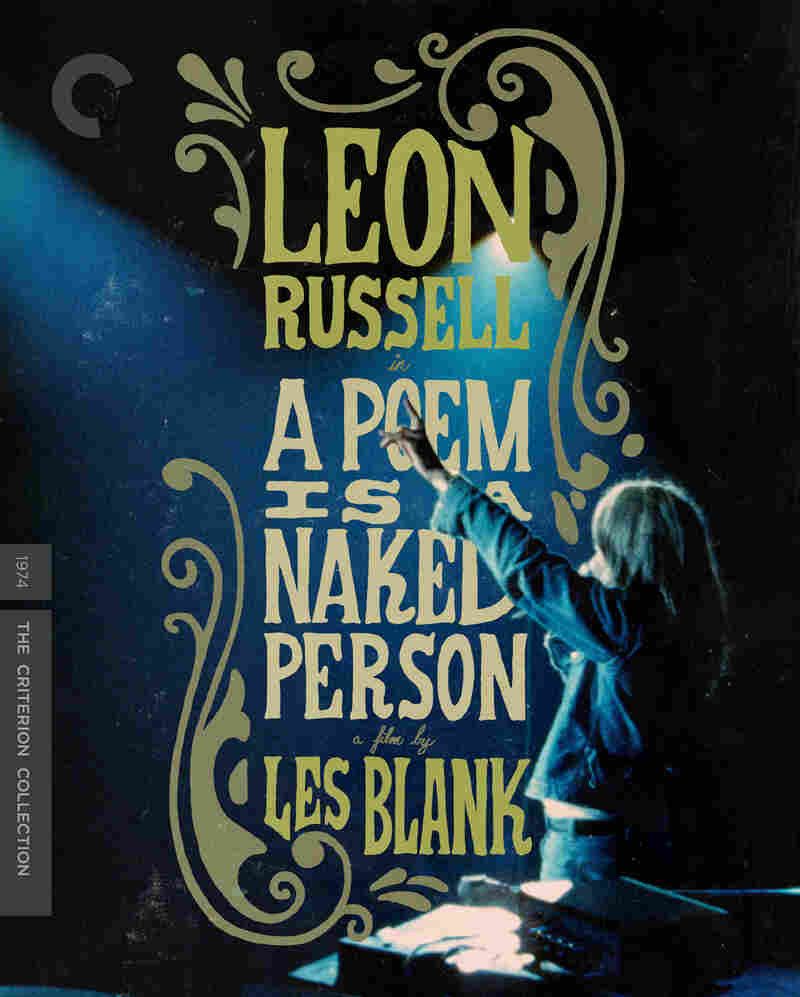 Both Heartworn Highways and A Poem is a Naked Person were star-crossed motion pictures that barely screened in their day. Each explores the freaky, weird, at times wistful underside of Middle America, one now often considered "flyover country" or colored "red." Highways, Szapalski's only film, was shot at the start of the "outlaw country" movement in 1975, but didn't appear on the film festival circuit until 1981 and was shelved soon after. Blank, on the other hand, was responsible for many offbeat, charming documentaries — touching upon subjects as diverse as from garlic, gap-toothed women and the blues-man, Lightnin' Hopkins — but considered this one to be his finest. Except, A Poem is a Naked Person was never released during Blank's lifetime, as his subject disapproved of the final cut. "I thought I'd come out looking like James Dean, but I came out looking like Jimmy Dean," Leon Russell says of the film in the accompanying documentary, A Film's Forty-Year Journey: The Making of "A Poem Is a Naked Person." Meaning that much like Cocksucker Blues, the similarly disavowed Rolling Stones doc by famed photographer Robert Frank, Poem existed primarily in cinephilic purgatory, beyond the view of a wide audience.

Now, as both films approach and pass their 40th anniversaries, they are getting the deluxe treatment they deserve. The reissue label Light in the Attic is putting out a heavyweight Heartworn Highways boxset, with a double-LP reissue of the film's soundtrack, an 80-page book of interviews, a film poster and a restored edition of the 1976 film with 45 minutes of bonus performances from that era. And Criterion Collection, which in 2014 released a box set of Blank's documentaries, is finally giving Poem an official DVD and Blu-Ray release with Russell's blessing. 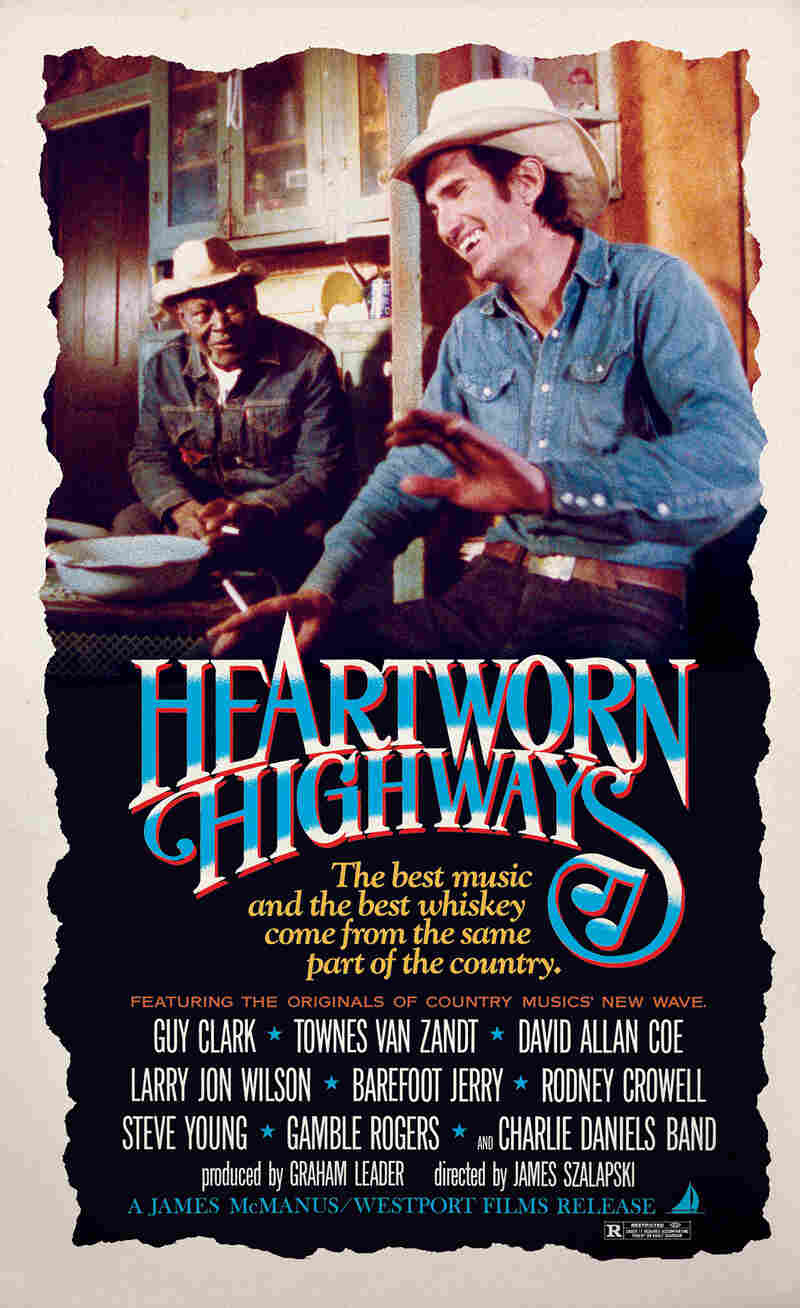 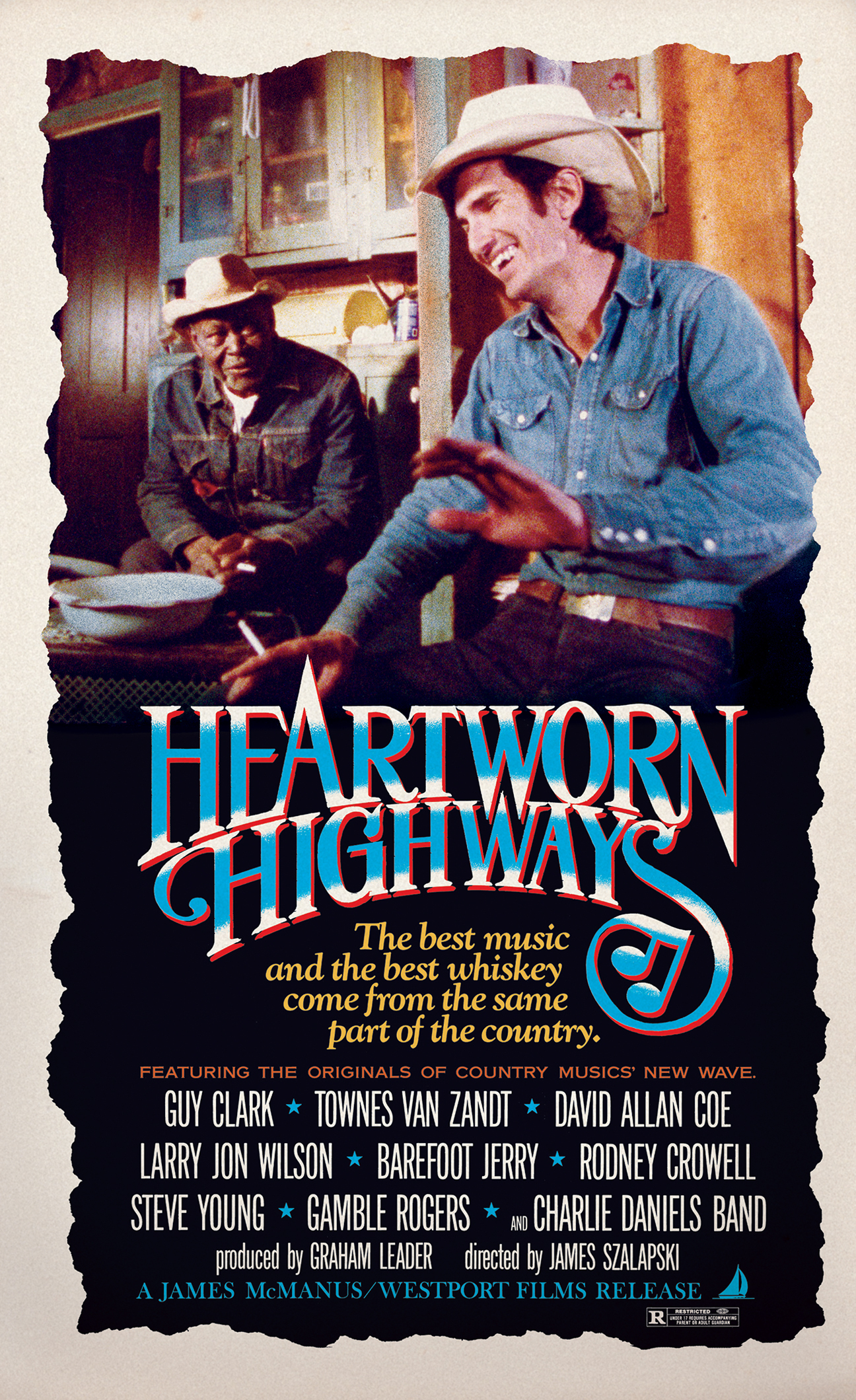 Heartworn Highways is that rare music documentary that captures a scene and its practitioners at the height of their youthful vim and artistic powers. The intimate footage of its subjects here is priceless. There's a gangly and goofy Townes Van Zandt with a twinkle in his eye and an uncapped bottle of rye in his hand, displaying a knack for physical comedy, well before music industry bitterness and the bottle pickled him. There's a rhinestone-bedecked David Allen Coe performing a concert at a correctional facility he knows all too well. The under-appreciated outlaw country singer Steve Young, whose most famous songs wound up on albums by The Eagles ("Seven Bridges Road"), Waylon Jennings ("Lonesome, On'ry and Mean") and Hank Williams, Jr. ("Montgomery in the Rain"), appears often. With news of Young's mid-March passing, his stark ballad "Alabama Highway" — accompanied by footage of an overturned tractor-trailer on the highway — feels all the more haunting, especially at the chorus: "Turn supernatural, take me to the stars and let me play/ I wanna be free, Alabama Highway." The film ends with an informal jam session just after dinner, the plates turned into ashtrays as the whiskey and guitars replace dessert. Young, Guy Clark and a gaunt Steve Earle (a good decade before he was signed) harmonize on a version of "Silent Night" that transforms it from a Christmas standard into a slow, redemptive ballad.

It's fun to compare Highways' opening studio session with the studio sequence from another 40-year-old film, Robert Altman's Nashville. In Altman's kooky, anarchic love letter to Music City U.S.A., his Nudie-suited Napoleon Haven Hamilton (played by Henry Gibson) fills the studio with dozens of session players and back-up singers for the overstuffed countrypolitan pomp of "200 Years," before dressing down a long-haired piano player named "Frog" with the line: "You get your haircut, you don't belong in Nashville." In Highways, Szalapski films a session featuring the oaky baritone of Larry Jon Wilson and a band that looks to be comprised solely of Frogs. In three takes, they move from guitar sketch to the full-on boogie of "Ohoopee River Bottomland," the crackling electricity of the band caught on tape and on film. It's a depiction of musicians looking to make music outside the box and in the moment, not just crafted to perfection with ProTools, the vibe that's earned Highways a following from the likes of Mark Lanegan and Radiohead's Colin Greenwood.

Informal glimpses at the creative process also abound in A Poem is A Naked Person. Taking its title from a line on the back cover of Dylan's Bringing It All Back Home, the film posits that the Greil Marcus notion of "old, weird America" is alive and well in Tulsa, Austin, Nashville and many points in-between. Tangentially, the film captures Russell and his entourage as he recorded his country tribute, Hank Wilson's Back Vol. 1, at Bradley's Barn in Nashville and toured the States. Unlike Haven Hamilton, Russell was intent on capturing country music in its unvarnished, high-spirited glory, and Blank was the perfect director for such a project. There are numerous intimate portraits both on- and off-stage. In one, Russell and his band nail a rollicking take of "Rollin' My Sweet Baby's Arms," while in another, he and Neil Young's producer David Briggs share a piano bench for a run-through of "Lady Madonna." A clean-shaven and relatively short-haired Willie Nelson cavorts in a puffy pirate shirt, and George Jones hangs out in the studio.

Poem's quaint and vital charm comes to the fore when Blank pans away from his main subject and catches the weirdos in his orbit. There's artist Jim Franklin painting a psychedelic interior for Russell's pool, a little girl belting out "Joy to the World" at a hippie wedding, a sports parachuting enthusiast (who may or may not be D.B. Cooper) chewing down a pint glass, and in the film's most harrowing sequence, a baby chick being swallowed whole by a boa constrictor, while Blank adds a Franklin voice-over expounding on consumerism. It's a shocking scene for most viewers and one that even in the 21st century still disturbed Russell. 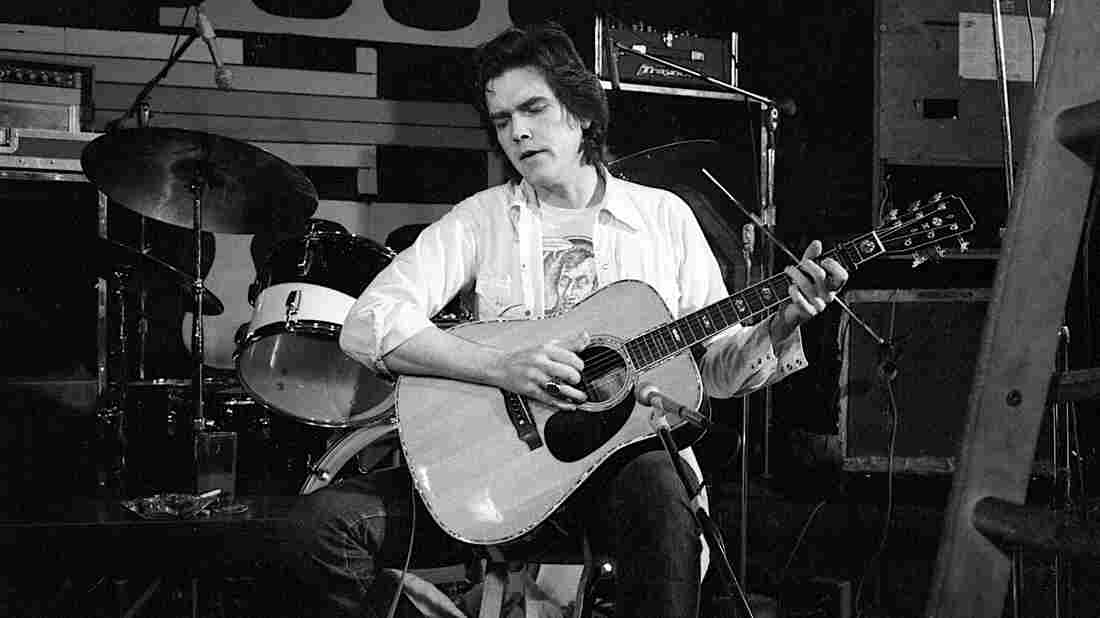 A young Guy Clark in the documentary Heartworn Highways. Courtesy of Light In The Attic hide caption 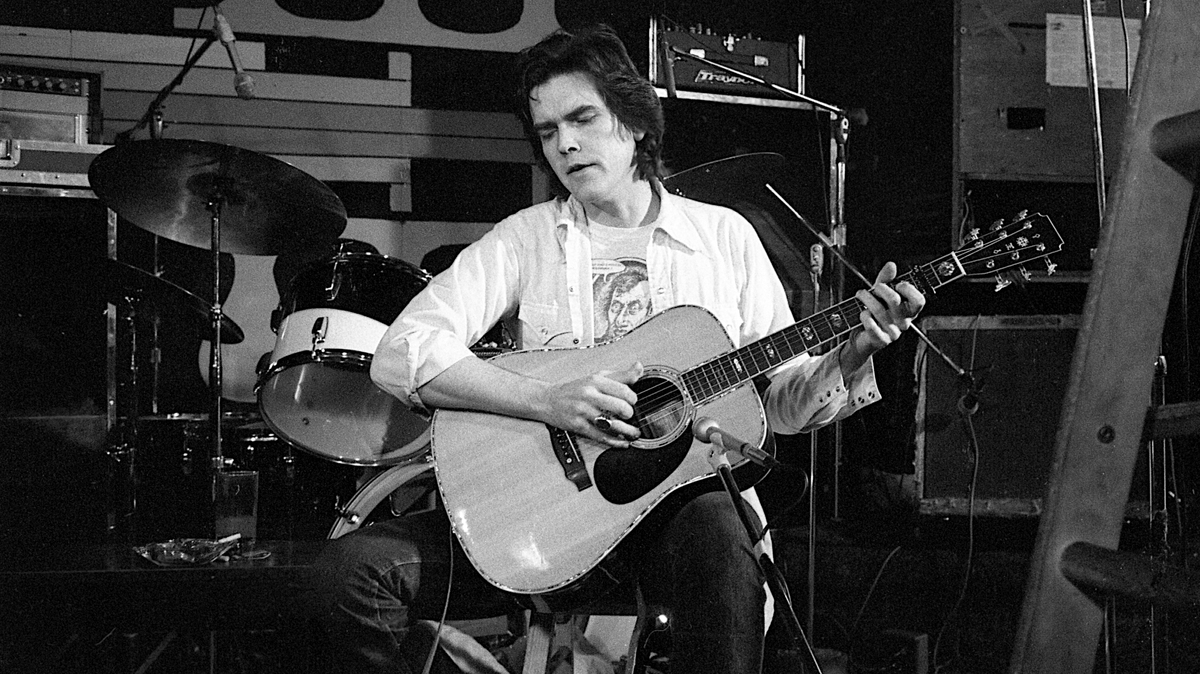 A young Guy Clark in the documentary Heartworn Highways.

In the accompanying doc, Russell says of Poem: "It's a time capsule, but apparently its life begins around now." Just why both films languished for decades only to return now, and bear influence on the next generation of songwriters, might be best explained in Leon's version of "Farther Along." The famous Southern gospel hymn — covered by everyone from Hank Williams to Brad Paisley — sings of man's finite cognizance in the light of the Lord's infinite wisdom, and finally comes to the conclusion: "We'll understand it all by and by."

Though Leon Russell did have six gold records to his name, he doesn't enjoy the same icon status as his one-time tour-mates Willie Nelson and Elton John. In that way, Russell aligns with some of Heartworn Highways' subjects: Townes, Coe, Young, Earle, Guy Clark, Willis Alan Ramsay. None of them became household names; yet they are now revered songwriters, inspirations for a new generation of musicians, ranging from Sturgill Simpson and Chris Stapleton to Father John Misty and Margo Price and the many youngsters moving to East Nashville. April even sees the release of Heartworn Highways Revisited, a sequel of sorts to the seminal film, featuring the likes of Clark, Coe and Young alongside a new generation of players: John McCauley of Deer Tick, Justin Townes Earle, Shelly Colvin, Langhorne Slim and others. It's even been an influence on Hollywood; watch Jeff Bridges's Oscar-winning turn in Crazy Heart and one could easily imagine his character, Otis "Bad" Blake, as one of Highways' subjects just a few decades down the road, bitter but belatedly getting his due.

Heartworn Highways' original tagline read: "The best music and the best whiskey come from the same part of the country." And while the liquor does flow easily on film, it shares qualities with the music itself. The songs that these outlaws wrote — Russell's "Song For You," Young's "Seven Bridges Road," Van Zandt's "Pancho and Lefty" and "Waiting Around to Die," Clark's "Desperados Waiting for a Train" and Ramsay's "Ballad of Spider John," among others — continue to resonate for a simple reason. Much like that whiskey, these tunes take a handful of elements and distill them to their essence. 40 years on, the end results remain pure and strong, something that still sets the heart to burn.