Accessibility links
His Songs Were Carved In Stone: Patterson Hood Remembers Merle Haggard : The Record Haggard, who died April 6, was singularly rebellious and rootless, and his songs are a graduate course in everything timeless and true about music, says the Drive-By Truckers singer. 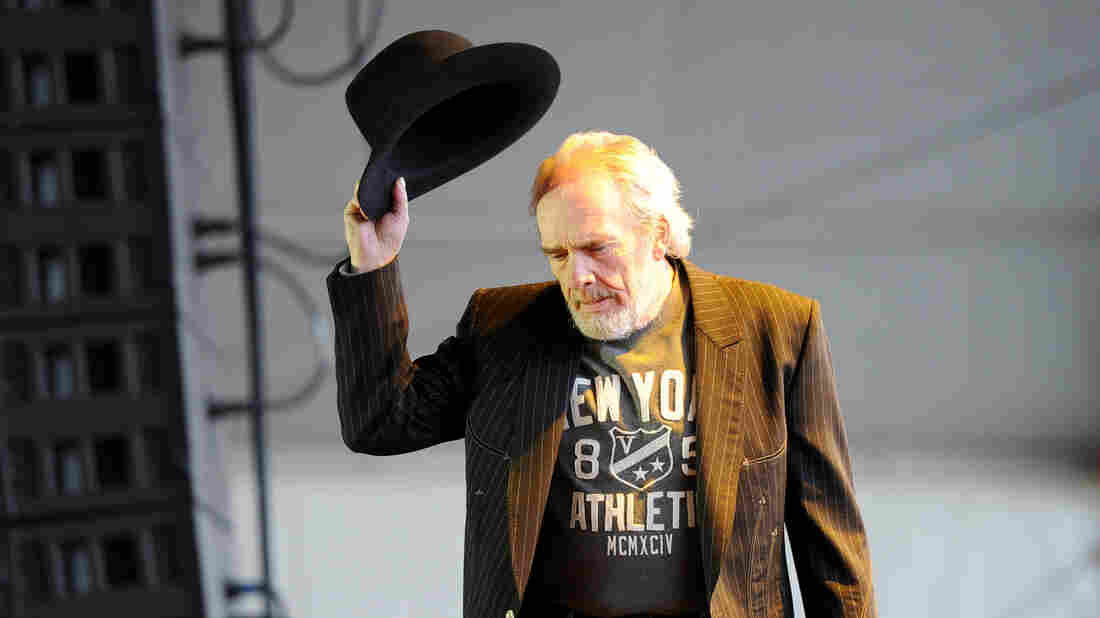 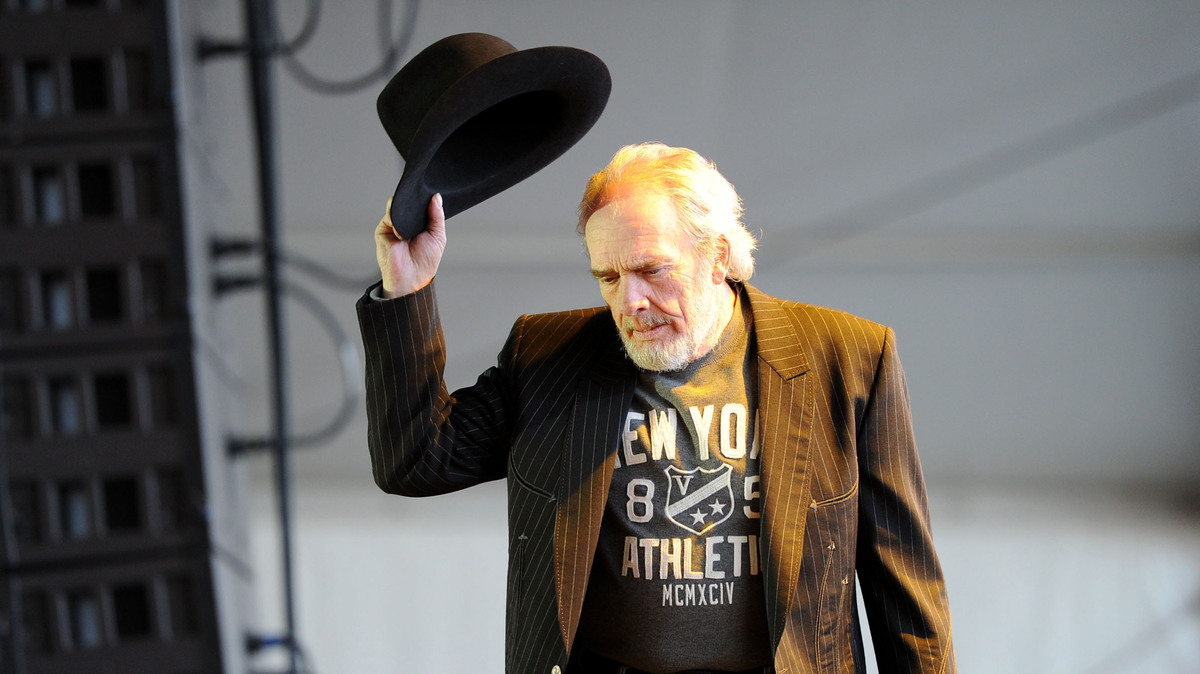 If there was a Mount Rushmore of the benchmark greats of American music, Merle Haggard would have to be on it. He was among the greatest of his or any generation of country performers. A true triple-threat, his prowess as a guitarist and fiddler could only be eclipsed by his greatness as a vocalist and songwriter. He was also a true entertainer with charisma and seemingly effortless stage presence. A master bandleader, he always had incredible backing musicians and his show managed a rare consistency for the countless thousands of performances he played during a career that spanned well over fifty years.

He was already one of the last survivors of his era when I finally got to see him perform in 1998. At that time he was reunited on stage with his ex-wife and former singing partner, Bonnie Owens. She herself passed not long afterward, but that afternoon in Greensboro N.C., they had a wonderful chemistry and rapport as they bantered back and forth about how they became friends after they quit trying to be married to each other.

It was a hot summer afternoon at a city-wide street festival and Merle and company could have easily phoned it in, but the show was excellent. I marveled at how a band so tight could play it so loose, and the show, while brief, managed to fit in an enormous songbook of absolutely classic country songs, hitting many of the hits as well as some deeper cuts.

I was already a huge fan. I loved his voice and tenacity, his sense of humor and humanity. His songs didn't sound written as much as carved in stone. They contained a sense of place that conjured the dust and dirt from which they came. As an artist, he could be stubborn and confounding. Just as you think you had him pegged, he was somewhere else, never being afraid to surprise and challenge whether he was staring down the counter culture on "Fighting Side of Me" or singing of a death row inmate he'd known at San Quentin in "Sing Me Back Home" or taking a stand, most likely in opposition to most of his following at the time, embracing interracial romance in "Irma Jackson." He was as American as the Oklahoma ground his people came from and as universal as the hunger and longing that his family's dust-bowl roots and his own California depression-era raising instilled in him.

In 2000, already in his mid-sixties, he further cemented his legend by signing with the revered punk label Anti Records and making one of the greatest late-period records of any artist. If I Could Only Fly was sparse and autobiographical and introduced him to yet another generation of fans. In one song, "I'm Still Your Daddy," he worries over having to tell his children about the time he spent in prison during his darker younger years. In another, "Wishing All These Old Things Were New" he laments not being able to do cocaine anymore like he did in the '80s. The album drew critical raves and still holds up as one of his best of his many great albums.

Although he's best known in the realm of country music, he was never tied down by the roots of his genre, drawing freely from influences as wide as jazz and western swing. His music could speak to audiences raised on punk rock or southern boogie. He always followed his own path and never chose to follow the trends of the day.

This rebelliousness was nearly his undoing from his earliest days serving time in (and escaping from) detention centers and later a stint in San Quentin. It was while doing time in prison that his life was changed and probably saved by watching Johnny Cash perform. Upon release, Merle set off on a career trajectory that brought him 37 number one hits, Academy of Country Music 1970 Entertainer of the Year, a 1994 induction into the Country Music Hall of Fame and a 2010 Kennedy Center Honor.

In 1969, during the height of the Vietnam war and counter-culture protests, he recorded "Okie From Muskogee," in which he seemingly drew a line in the sand against the hippies of the day:

"We don't smoke marijuana in Muskogee / We don't take our trips on LSD." Later, he claimed that he wrote the song from what he assumed would have been his late father's point of view about the events of the day. Haggard, himself openly smoked pot and recorded "America First," a song protesting the Iraq War in 2005.

As I was growing up in the South during Merle Haggard's heyday, his music was ubiquitous, often playing from radios where you pumped your gas and bought your groceries. As a teenager I worked at a record store while he was having an early '80s resurgence and I knew that this guy, who was as country as could be, was revered by folks like Elvis Costello and Bob Dylan. That he was timeless and special. As so many of his peers attempted to defy getting older, he wore the lines on his face like well-earned trophies of the years he'd survived. When we were starting our band Drive-By Truckers, we drove thousands of miles soundtracked by those wonderful records he made and I always felt like his writing was a graduate course in everything that is best in the creation of songs that are timeless and true.

Merle's son Ben said that his father had been saying that he would die on his birthday. He did exactly that, on his 79th. He has left us a legacy and catalog of great songs that will live on for generations to come.

Patterson Hood plays and sings in the rock and roll band Drive-By Truckers. They are currently on tour and will be releasing a new album in the fall. Hood lives with his family in Portland, Ore.