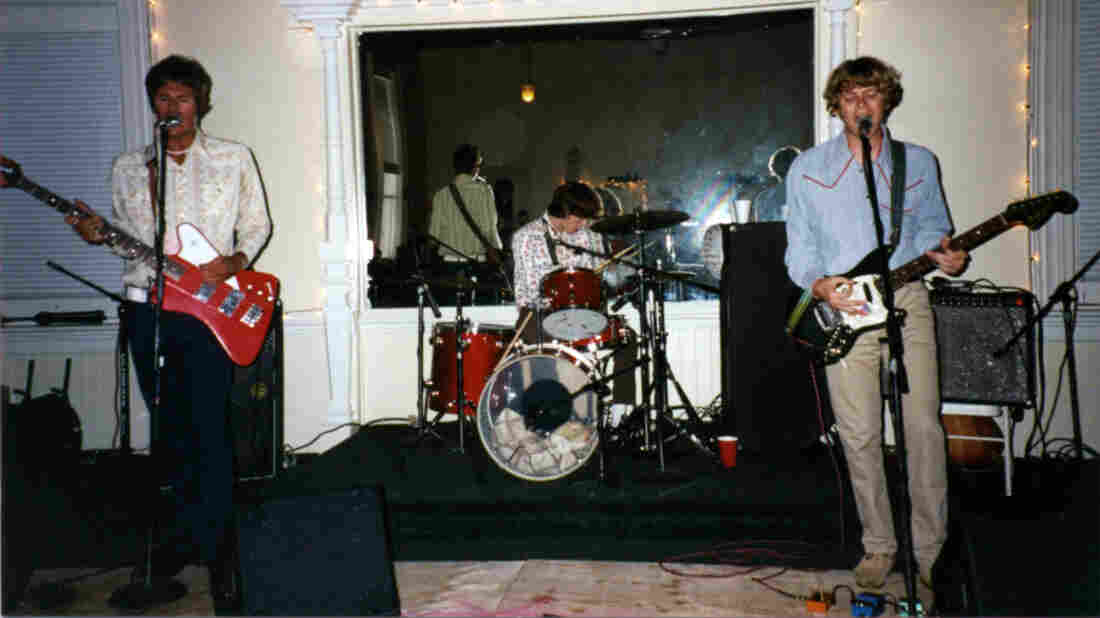 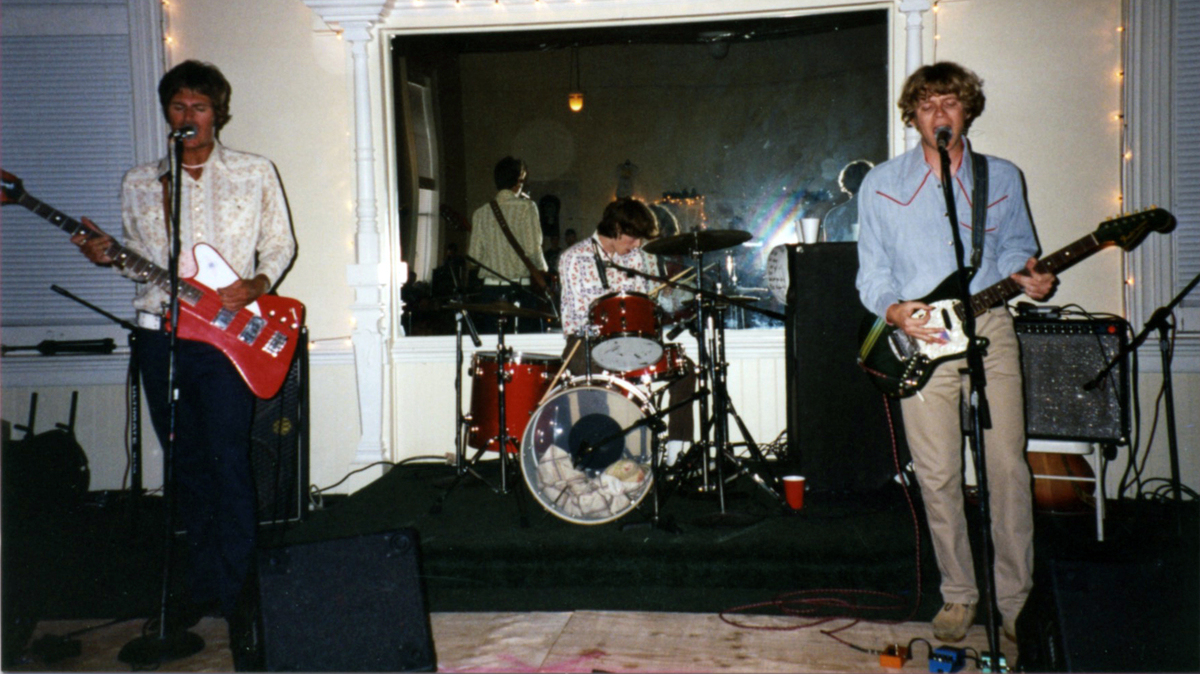 Formed in the fringes of early '90s Los Angeles indie rock, The Summer Hits crafted pop that lingered around the orbits of twee, shoegaze and ramshackle teenage garage rock. What set the band apart was its approach — it caked on elements of those sounds to extremes, noisy and pretty all at once, and played with a grit that made the master tapes buckle. 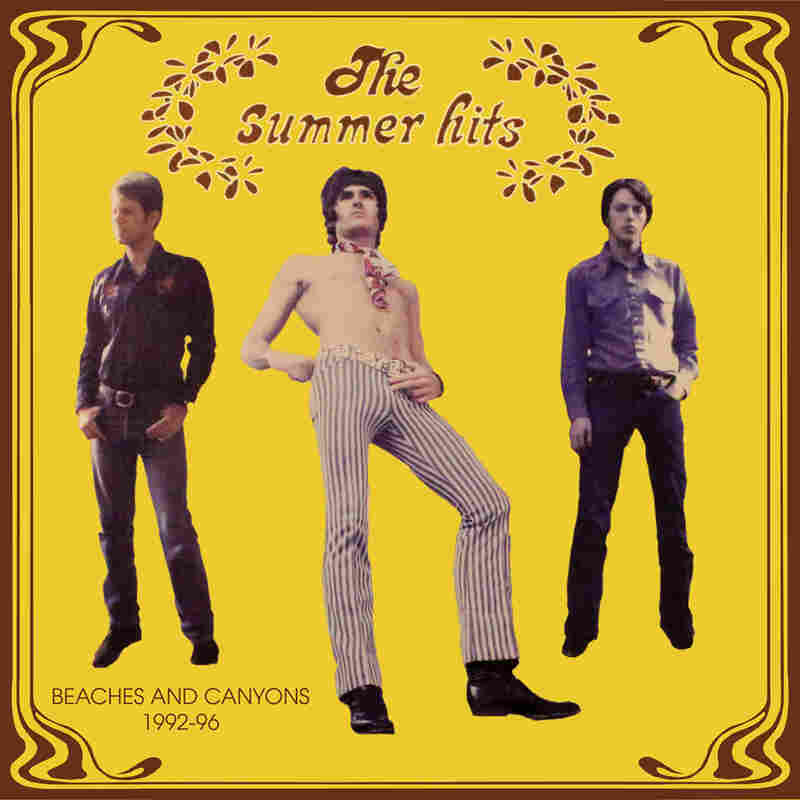 Beaches And Canyons 1992-96. Courtesy of the artist hide caption

Bassist Rex "Tartarex" Thompson joined guitarist Darren Rademaker and drummer Josh Schwartz, both of whom were playing in L.A. noise-pop band Further, and who'd later join Beachwood Sparks and The Tyde. They wrote songs about the subjects that appealed to them: summertime, sandy beaches, motorcycles, hazy romance, the various characters in their lives (including a tribute to Stereolab's Laetitia Sadier) and drugs. Moving at its own pace, the group released a small handful of coveted 7" singles and compilation tracks between 1992 and 2000 on tiny labels all over the world, espousing excess and worshipping the sun, surf, and substances in heaping handfuls.

"Maximum Bum Ride" sits in temperate contrast to the band's typical approach; it's a gorgeously melted Popsicle with bee-stung basslines and an instructive guitar lead, rising and falling in a cloud of organ drone and patient drumming, as Tartarex croons angelically about "doin' nothin' but gettin' stoned."

Most of The Summer Hits' songs were collected on the Beaches and Canyons CD circa 1998, but that disc itself became a rarity — lost, like a growing percentage of independent releases, with no representation on streaming services. Perhaps unavailability is part of the reason why the band has achieved such reverence in certain circles of underground music, but that explanation seems a bit too arch. As with all the greats, The Summer Hits' music speaks for itself, at a blown-out détente with the fragile nature of the scene that supported the band. (It also provides an unexpected key that unlocks the equally monstrous sounds of noise band Black Dice, which cribbed the compilation's name for its debut full-length.) A more enduring explanation is listeners' awe of the hedonism that these songs represent — fast or slow, they snag the eardrum with gnarled beauty and do exactly as they please.

Medical Records is offering up a vinyl edition of Beaches and Canyons for the first time on Record Store Day, recreating the original collection in full and adding on a bonus flexi-disc of songs from the group's final EP. Once again, we can follow the suggestions originally printed as the face art on the original CD: "The Summer Hits group strongly recommend you groove to these songs the way in which they were laid down, that is to say, at a deafening volume while utterly loaded."

NPR Music caught up with Summer Hits member Darren Rademaker, who offered up his thoughts on the time he spent with the band.

How did this band come to be? I'm assuming you and Josh met Rex somewhere. Can you talk about how that all happened?

I met Rex at a punk rock show in Long Beach. I was wearing a Gumball t-shirt [Don Fleming's early '90s New York grunge band], and this boy with a pageboy haircut approached me. That was Rex. I told him about my band Further, and he said he had our first single. He started coming to our shows and we started turning on together.

Did you have any philosophy behind how The Summer Hits operated in Southern California indie music? How did this band choose to function?

We didn't really play that much, but we did okay. There were some bigger shows we were invited on with bands like The Spinanes, Sebadoh and others. We dressed in cowboy chic, which had nothing to do with our music, long before anybody else did. We didn't have any philosophy; we just did what we did, and we felt like we were in our own world ... not a part of anything else.

Can you speak to the reception you guys had during your existence?

We were approached by labels all over the world to put out records. [The late BBC DJ] John Peel played us on his show, but in general I don't think most people got it. Although we were kind of wimpy, we played as loud as can be, with as many amps as we could drag on stage.

Was there any one person that drove this band, or was it more of a group effort? How did you come about finding your sound?

Rex would write the lyrics and play the song on bass. I would then come up with the guitar part. We would go to the studio in the same day, show the song to Josh, and we would record no more than four takes of any of them. Every one of those songs was a spontaneous thing, none of it was planned.

We never practiced, ever.

We didn't operate around other bands, not at all. We stood alone with The Summer Hits. We looked at the music we were making like the mod-psych and country-rock records we were listening to from the '60s and '70s. All we hoped was that maybe in 20 years' time someone would want to listen to what we were doing, in the same way we would listen to those records. And lo and behold, this has happened. Tiny victories in life.

What's the best memory you have about being a part of The Summer Hits?

Turning on with my two good friends. We didn't have anywhere to go; we would just sit around and listen to records in my apartment . So those are my best memories.