Accessibility links
Jordan Reportedly Bans Band With Gay Frontman From Performing : The Record The members of Mashrou' Leila say Jordanian authorities are trying to stifle their political message — and endorsements of gender equality and sexual freedom. 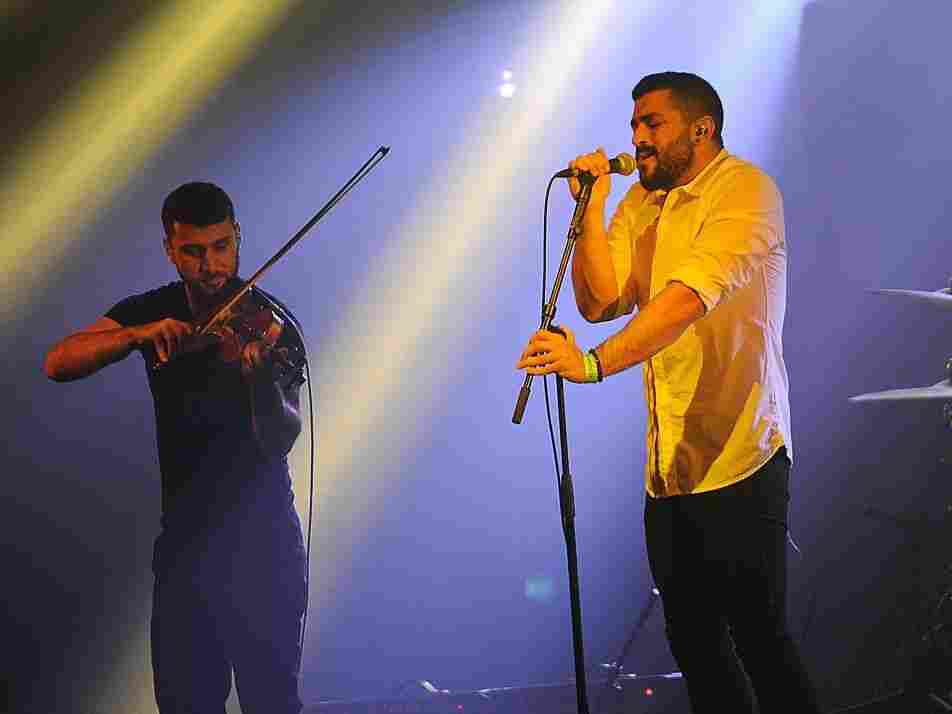 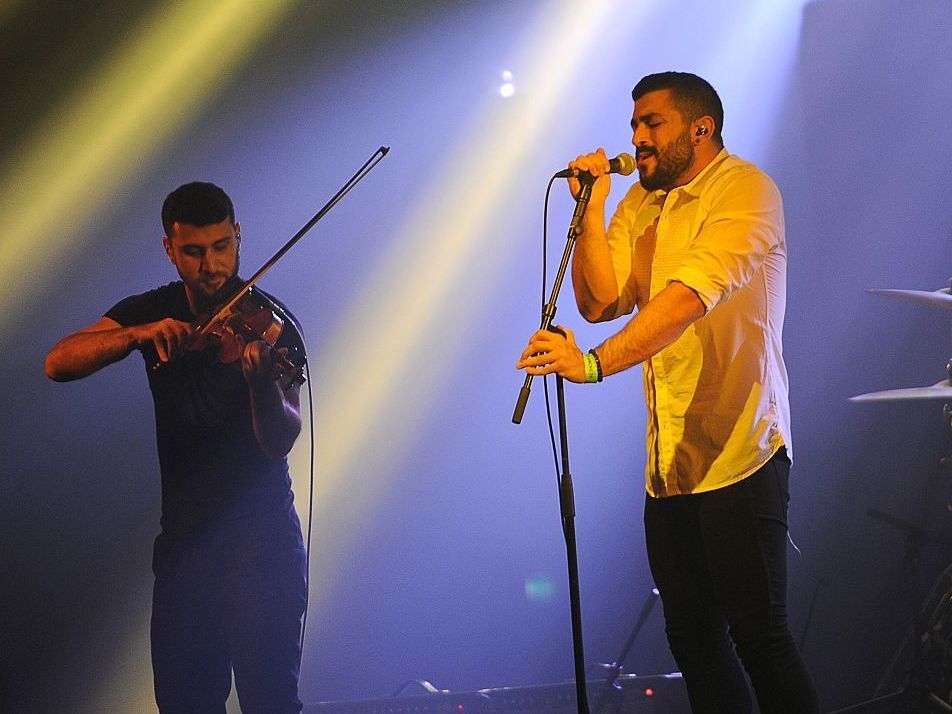 A popular and groundbreaking alt-rock band from Lebanon called Mashrou' Leila was scheduled to play a big show in Amman, Jordan Friday.

Instead, their show was cancelled by the government — and the band says they have been told they can never perform again in the country, because of the group's politics, religious beliefs and "endorsement of gender equality and sexual freedom."

Mashrou' Leila had been slated to play at the famous Roman amphitheater in Amman, where they have previously performed three times, as well as elsewhere across the country.

In a lengthy note posted on Facebook in both Arabic and English, the band alleges that the actual reason for the permission to be withdrawn is different:

"We have been unofficially informed that the reason behind this sudden change of heart, few days before the concert day, is the intervention of some authorities. Our understanding is that said authorities have pressured certain political figures and triggered a chain of events that ultimately ended with our authorization being withdrawn.

"We also have been unofficially informed that we will never be allowed to play again anywhere in Jordan due to our political and religious beliefs and endorsement of gender equality and sexual freedom."

The lead singer of Mashrou' Leila, Hamed Sinno, is openly gay, and the band has addressed gay rights as well as politics and corruption in both its songs and many of its interviews. In an interview last year with the CBC show Q, Sinno said that a show they did in a predominantly Christian town in Lebanon called Zouk Mikael was protested by people who believed that "homosexuals shouldn't be allowed to set foot on Christian soil." Sinno attributed that attitude to "broader fundamentalisms in the region."

According to a report on the Jordanian news site jo24.net published Tuesday, at least one public supporter of the ban is a member of parliament named Bassam al-Batoush, who has called for the group to be banned due to their "controversial" material that references sex, homosexuality, "calls for revolution" and promotes "Satanic" ideas.

The governor of Amman district, Khalid Abu Zeid, told the Associated Press Wednesday that the band's songs "contradict" Judaism, Christianity and Islam. Initially, the AP reports, officials from Jordan's Antiquities Department rescinded permission because such a show would "contradict the 'authenticity' of the ancient venue."

Mashrou' Leila violinist Haig Papazian has posted pictures of one of their previous three shows at the amphitheater on Twitter.

As the band also noted on Facebook, Sanno's mother is from Jordan, and the members say that the country is "a formative part of his identity and writing, and a place we have always considered our second home."

The Facebook note concludes, "We urge the Kingdom to choose fighting alongside us, not against us, during this ongoing battle for a culture of freedom against the regressive powers of thought control and cultural coercion."

The U.S. State Department's 2015 human rights report on Jordan includes this assessment: "While consensual same-sex sexual conduct is not illegal, societal discrimination against LGBTI persons was prevalent, and LGBTI persons were targets of abuse. Activists reported discrimination in housing, employment, education, and access to public services. Some LGBTI individuals reported reluctance to engage the legal system due to fear their sexual orientation or gender identity would either provoke hostile reactions from police or disadvantage them in court. Activists reported that most LGBTI individuals were closeted and fearful of their sexual identity being disclosed."

The five-member band was founded at the American University of Beirut in 2008 and has released three albums. Their name translates as both Leila Project and Night Project; Leila is a Juliet-like figure in Arabic literature. A rapturous review from London's Guardian last November said that they "charge the stage with electricity, sensuality and a dazzling aura of resistance."

Mashrou' Leila's latest video, for the song "AOEDE," which was released earlier this month, opens with a young woman recounting a story of police brutality.

The band is heading to the U.S. and Canada on tour this May and June, with dates scheduled in Brooklyn, Manhattan, Washington, D.C. and Vancouver.