Accessibility links
Rihanna Launches College Scholarships For Foreign Students : The Record The Barbados-born singer is offering scholarships to Caribbean and South American students who want to pursue higher education in the U.S. 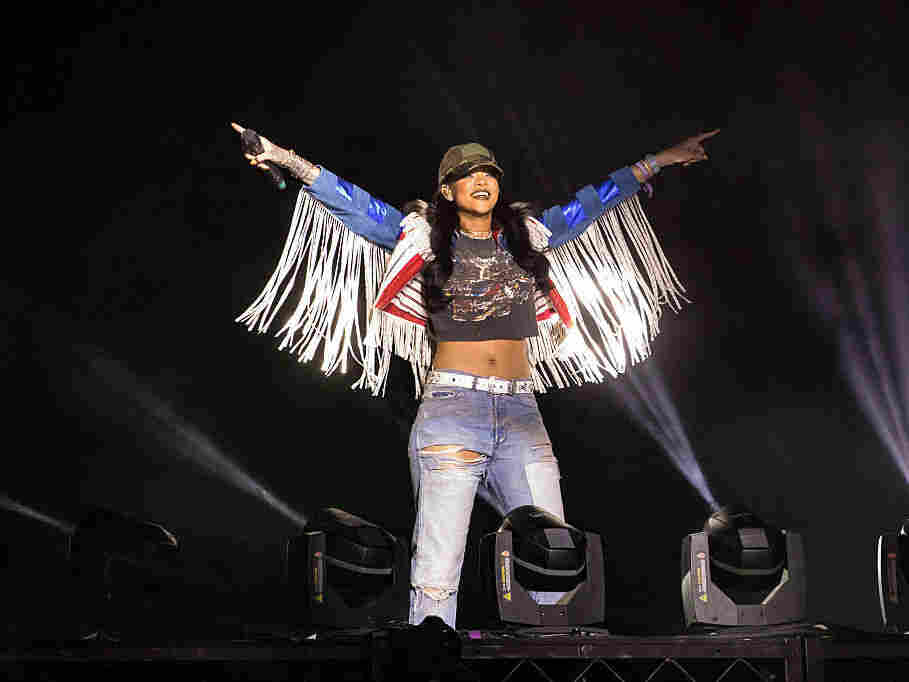 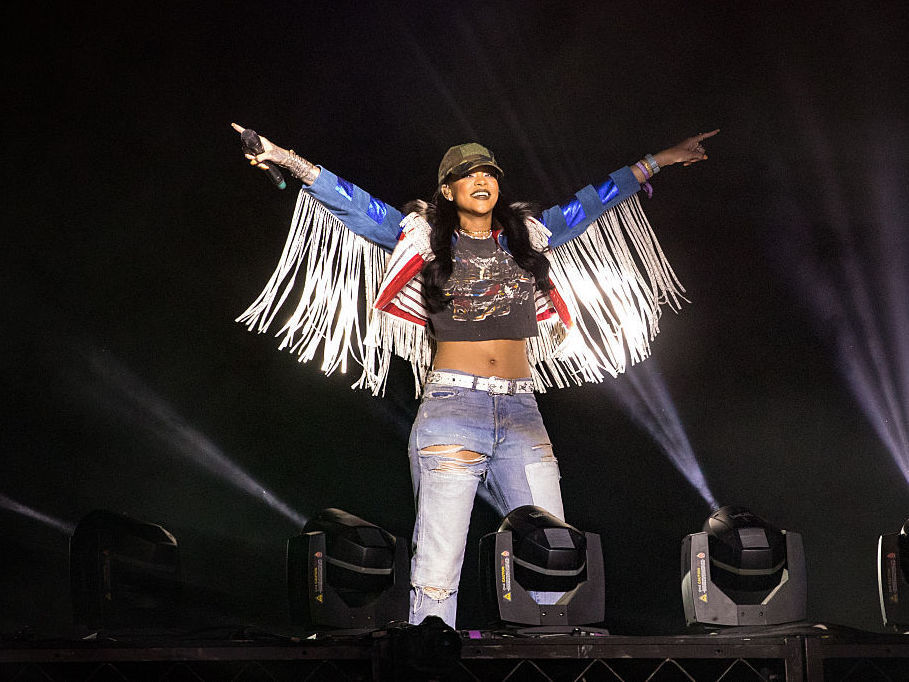 Rihanna performing at the Coachella Festival in California in April 2016.

In her song "American Oxygen," Rihanna sings, "On the other side of the ocean, you can be anything at all / in America, America."

Now the pop star and Barbados native is putting some of her money where her mouth is. On Monday she announced on Instagram the launch of a scholarship program to help citizens or natives of Brazil, Barbados, Cuba, Haiti, Grenada, Guyana and Jamaica attend college in the U.S.

According to the terms of the program, each selected first-year student will receive between $5,000 and $50,000, and the awards may be renewed until each grantee earns a bachelor's degree. What is unclear, however, is how much total money the foundation plans to disburse each year.

The program is being run by Rihanna's Clara Lionel Foundation, a nonprofit she founded in 2012 that "works to improve the quality of life for communities globally in the areas of health, education, arts and culture." Rihanna's past high-profile charity work includes a donation of $1.75 million to a Barbadian hospital for their oncology program and her collaboration with the makeup company MAC on the ongoing Viva Glam campaign, which raises money for people living with and affected by HIV and AIDS. According to the Clara Lionel Foundation, sales of the first Rihanna lipstick raised $60 million in 2013.

Students from these countries are generally not well represented among the ranks of foreign students in the U.S., according to the Institute for International Education (IIE), a not-for-profit organization that helps facilitate international education and exchanges, including the revered Fulbright program. According to the IIE's 2015 data, fewer than 300 students from Barbados were studying in the U.S. during the 2014-15 school year; there were only 94 Cuban students.

I'm very honored to announce the launch of the @ClaraLionelFDN?s Global Scholarship Program today!!! Congrats to the class of 2016!! Apply now -->?scholarsapply.org/claralionelfdn #CLFGlobalScholashipProgram