Accessibility links
Hear A Song From John Paul White's New Album, 'Beulah' : The Record The Alabama singer's first solo album in nearly a decade, combines folk intimacy, rock heft and country twang. White says he fought against the songs on Beulah, out Aug. 19, until they poured out. 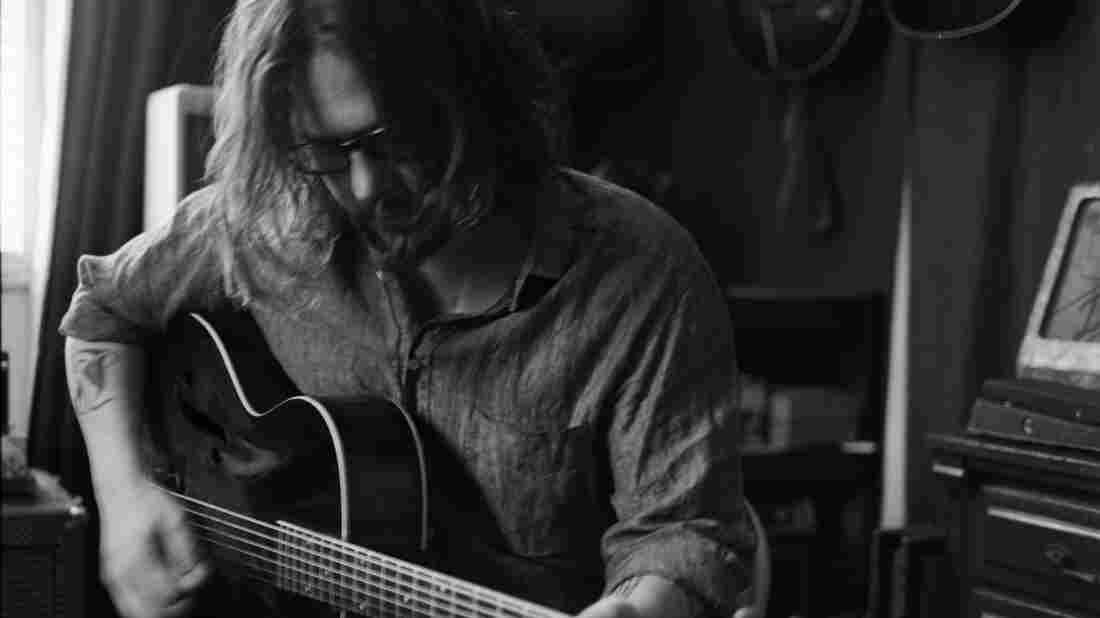 "When these songs started bubbling to the surface, I tried to ignore them — but they were on loop," says John Paul White. "Little by little they wore me down." Allister Ann/Courtesy of the artist hide caption 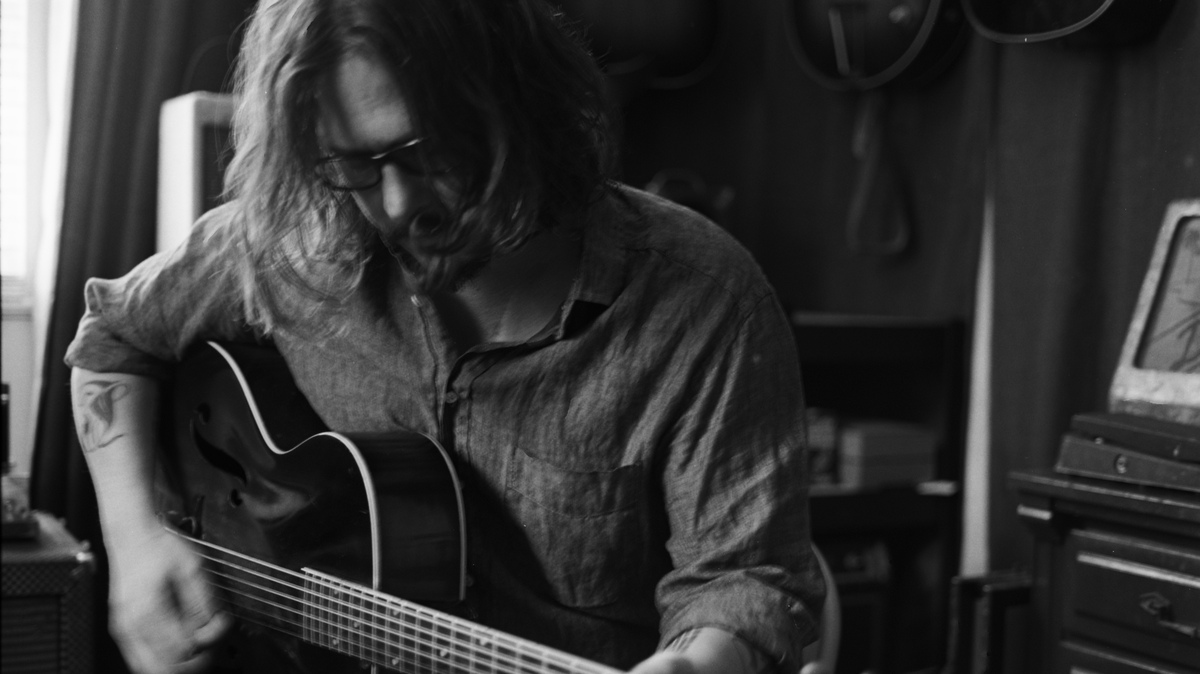 "When these songs started bubbling to the surface, I tried to ignore them — but they were on loop," says John Paul White. "Little by little they wore me down."

In this age of peer-policed hyperproductivity, the practice of pausing and thinking is fetishized but rarely truly supported. Reflection has become yet another goal achieved through an app: something to show off on our socials within an anxiously curated stream of fresh plans, ideas and accomplishments. This is true for musicians just as it is for mommy bloggers and tech entrepreneurs. Time spent outside the spotlight, it's assumed, isn't quiet time, but another occasion for overwork. The woodshedding artist must always continue to labor, creating a vault with volumes of material that will eventually emerge as a kind of reassurance that she still adheres to the ethic of constant engagement with the new. This makes for a creative scene overflowing with inventiveness but sometimes lacking in other qualities, like thorough conviction or the quiet self-confidence that comes from learning how to calmly proceed. 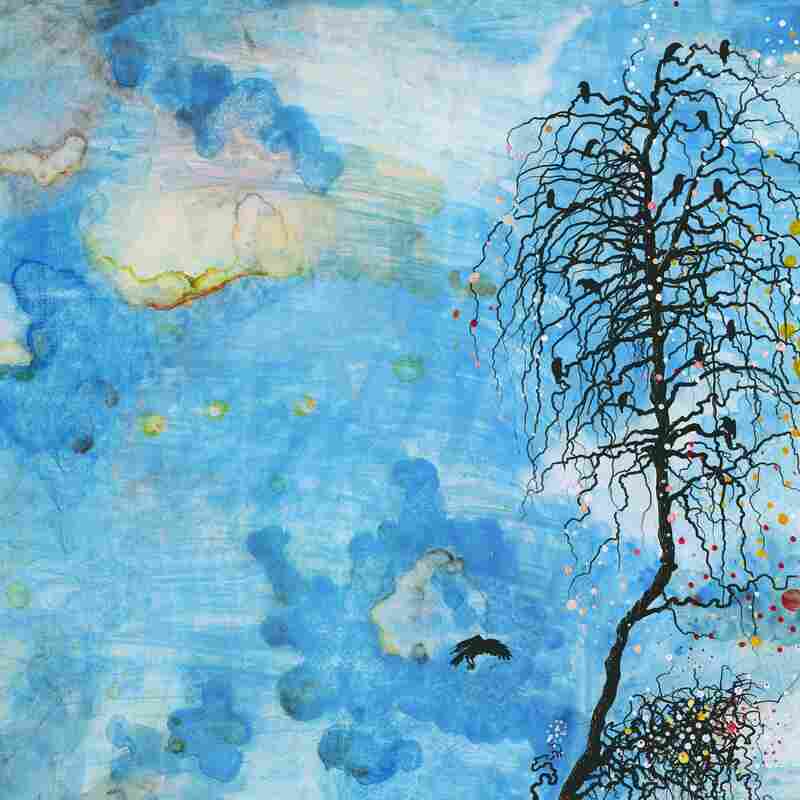 John Paul White is a maverick within this turned-on world. After releasing a solo album in 2008 and working as a Nashville songwriter, he emerged as half of the duo The Civil Wars, which went on to record two highly acclaimed and popular albums. The partnership ended abruptly in 2013, and White decided to take some time. He returned to his home in Florence, Alabama, went to his kids' school events and ball games, caught up with old friends and made new ones. Musically, he opted for independence beyond the pop and country music industries where he'd worked before, cofounding Single Lock Records and producing albums by nearby notables like Donnie Fritts and Dylan LeBlanc. At times during this period, White says, he really wasn't sure when, even if, he'd release his own music again.

Any mindfulness guru will tell you that the most important thing to do, when it comes to change, is nothing. Just be. In White's case, that truism became truth: Beulah, the album that resulted from him not pursuing a particular career goal, blends his previous approaches seamlessly in songs that are daringly intimate, artfully modulated, hook-blessed and habit-forming. "The Martyr," the song featured here, is on the rock end of the album's spectrum; others hint at a country twang or a soul moan, while always driving back toward simplicity and White's singing, which dazzles without ever grabbing for attention.

White's new songs confront emotionally intense situations from many different vantage points — historical, spiritual, interpersonal. "The Martyr," which considers the perils of self-sacrifice from the inside, could be about someone erasing himself for another person, or for a cause. It demonstrates White's willingness to be openly emotional, but also his refusal to be histrionic, the intelligent coolness that distinguishes his style of high Romanticism. Songs like this one make Beulah an album that hits hard, but then makes room for interpretation, returning the listening heart to a private place, where it can breathe.

White recently answered a few questions via email from his home in Florence. Beulah comes out Aug. 19 on Single Lock Records.

Ann Powers: How did the process of making Beulah unfold over time? At what point did you bring in collaborators?

John Paul White: Creating the album didn't really take that long. Beginning the process took some time. I fought against it. I was (and am) incredibly happy in my semi-connected life. When these songs started bubbling to the surface, I tried to ignore them — but they were on loop. Little by little they wore me down. I'd sing them into my phone, or jot lines down, just to get them out of my head. Eventually I told my wife, Jenny, "I think I need to write a song." She was as surprised as I was. She said, "Well, then that's what you should do." Most of the album poured out in those first few days. All of the songs are solo compositions — something I'd rarely done before. I've always collaborated, dating back to my days of writing songs for Music Row. I think the wrestling in my head became my own little co-write.

There's a real elegance to the way you access extreme emotions in these songs. The lyrics tackle feelings of betrayal, anger and loss, even the desire for revenge, as well as expressing perseverance and eventually, wisdom. But the musical settings and your singing especially are so well-made, even delicate at times. How does the craft of shaping these songs affect their messages?

I'm a huge fan of artists like Elliott Smith, John Prine, Randy Newman. They have made a living juxtaposing a subtle approach with a very complex, passionate message. It makes for a listening experience that doesn't seem quite so maudlin. I feel that allows me to say things that might go over as way too heavy, if I use too much angst in the delivery. I also am who I am. There are certain things my voice is meant to do, or not. Like everyone else, I play to my strengths. But I'm always very careful that there is never a disconnect between the subject material and the interpretation.

Your first solo album [2008's The Long Goodbye] had a big, dramatic rock sound; your later approach was much more minimal. This album feels like the ideal balance between the two: intimate, but at times relying on big hooks and loud guitars, as on the song we're sharing here, "The Martyr." At what point in your evolution as a songwriter and musician did you find you'd mastered that middle way?

You know, I'm going to answer that by saying I've mastered nothing whatsoever. I just believe in following your nose, to a fault. Every song calls for a specific approach at a specific time by a specific person. If I made this record a year from now, or had a year ago, it'd sound quite different. If I gave these songs to someone else, who knows what they'd come up with? I listen to The Long Goodbye and I cringe a bit at the emotion and dramatics. But that's exactly who I was at the time. I was following my gut, and I can tell that even now. I'm good with that. My next record may be as country as ham.

The songs on Beulah are in the first person, and often seem daringly confessional. Yet I know that you're speaking through many characters here. How do you create those other personae and then inhabit them so closely?

Over the years I've had the good fortune to have conversations with people about what a song I've written means to them. They will tell me the parallels the song has to their own life, or their mother's, and so on. Usually their interpretation is far from the actual story line. I started paying attention to that, and kept it in the back of my mind as I wrote. I tried to keep from being too personal with it, and to leave the edges vague. That way, the listener isn't left standing outside of the song, forced to just marvel at it. They can instead get inside of it, move around and feel they are the character. That's a far more interesting endeavor than to make something purely about myself.

Tell me about the recording process. The Muscle Shoals area is a special place, with a distinct intergenerational music community, and I know you connected with your friends and neighbors to make this music. Did you do demos at home, and how did they evolve in the studio?

My demos were just voice memos on my phone. Nothing more. On the master, many of the songs went down with just me and my guitar, top to bottom, and then we added instrumentation. The ones that were tracked live with a rhythm section were recorded at Fame Recording Studios over in Muscle Shoals. I recorded The Long Goodbye there, and it's always inspiring to work in those hallowed halls. Knowing Aretha and Wilson Pickett sang in the same room can do that to you.

I'm a very lucky man to live in a community of such amazing creative individuals. Per capita, I've never been anywhere that rivals it. There's also a real sense of family within those individuals. It's a very supportive place to make art. Most of the musicians on this record are local folks — or transplants who've made the Shoals their new home. Being in that kind of environment made this a very organic, natural process from top to bottom. And to top it off, it happened in my back yard. I've got a recording studio here that I put together with my friend, Ben Tanner. He's an amazing engineer, and plays keys for the Alabama Shakes. He's also my co-producer on the record, and a partner in our little record label that could, Single Lock Records. Reed Watson, Jonathan Oliphant and Matt Green are not only in my band on the road — they also are in a band on the label, called Belle Adair. Reed and Jonathan also played on my record, and work for the label. It's a family affair around here.

You've worked in a rock mode and in the country world; now you're an independent artist, forging your own path beyond any one genre. What have you gained from spending time in those other musical worlds, and what's working about where you are now, both personally and as an artist?

I've learned that we're all working very hard nowadays to keep ourselves afloat. I'm incredibly fortunate to be able to make music for a living, period. As time goes on, and the music business changes, that's becoming harder and harder to do. I truly believe — as does our label — that regardless of genre, people still are looking for music they can connect with. As long as that's true, we have hope. Because that's all I ever really wanted to do.