Accessibility links
A Nod To Soul — Or Just Stealing? Ed Sheeran Faces Another Copyright Suit : The Record The family of the co-writer of Marvin Gaye's 1973 soul classic "Let's Get It On" is alleging that the Sheeran song "Thinking Out Loud" sounds way too familiar.

A Nod To Soul — Or Just Stealing? Ed Sheeran Faces Another Copyright Suit

A Nod To Soul — Or Just Stealing? Ed Sheeran Faces Another Copyright Suit 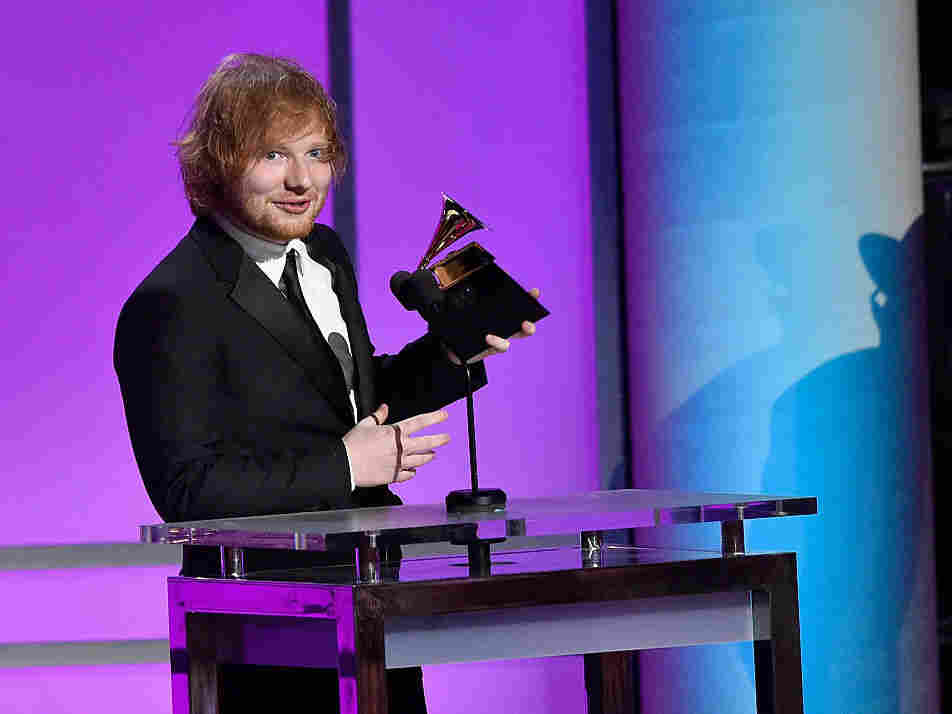 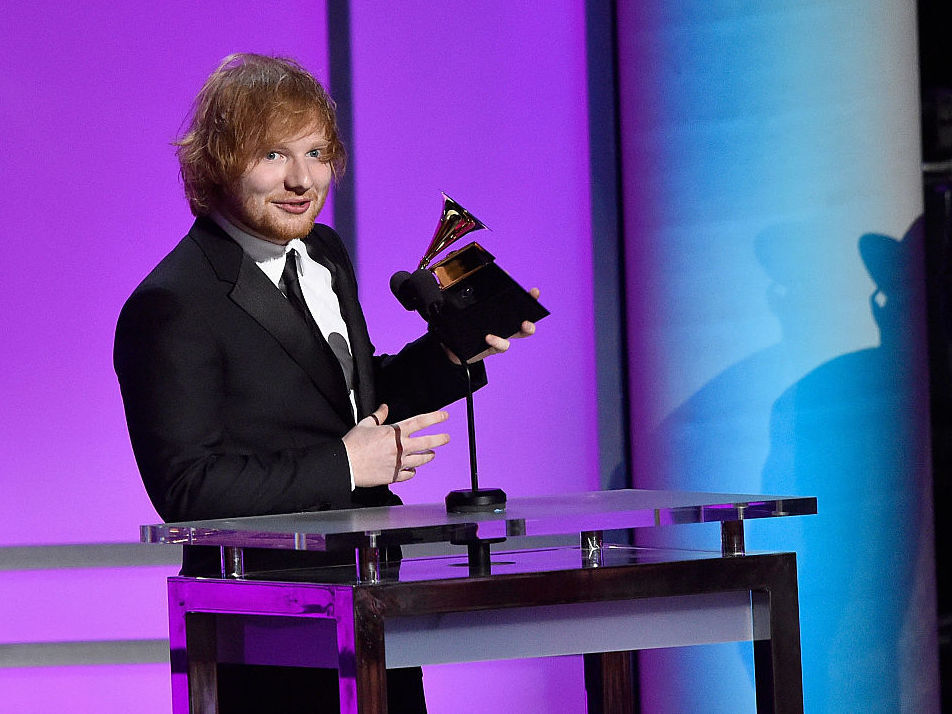 Fans of Ed Sheeran love his throwback sound — but for the second time this year, the English pop megastar is facing accusations in court that he has lifted classic material.

Heirs of singer, songwriter and producer Ed Townsend, who co-wrote Marvin Gaye's 1973 soul staple "Let's Get It On," filed suit against Sheeran on Tuesday in federal court in the Southern District of New York. At issue is Sheeran's song "Thinking Out Loud," which was co-written with Amy Wadge, a frequent Sheeran collaborator.

According to Reuters, the litigants claim that Townsend and Wadge "copied the 'heart' of 'Let's' and repeated it continuously throughout 'Thinking,'" and add: "The melodic, harmonic, and rhythmic compositions of 'Thinking' are substantially and/or strikingly similar to the drum composition of 'Let's.'"

The video for "Thinking Out Loud" has been viewed more than 1.2 billion times on YouTube, and was the first song to ever spend a full year on the U.K. Top 40. It was also the first song to be streamed more than 500 million times on Spotify. In the U.S., it peaked at No. 2 on the Billboard Hot 100. Sheeran took home two Grammy awards this past February for "Thinking Out Loud," for Song of the Year and Best Pop Solo Performance.

Along with Sheeran, the suit names Wadge and the song's producer, Jake Gosling, as well as Sony/ATV Music Publishing, Atlantic Records and Warner Music Group.

Critics have been pointing out similarities between the two songs since it was first released in June 2014 as part of Sheeran's album x. A Billboard write-up from the week of x's release called "Thinking Out Loud" a "sleek update of Marvin Gaye's 'Let's Get It On.'"

And as The Washington Post has pointed out, Sheeran himself seems to acknowledge some connection — as in this concert, reportedly filmed in Zurich in 2014, where he segues from "Thinking Out Loud" straight into Gaye's hit.

This is the second lawsuit that Sheeran has faced this summer over charges of stealing material. In June, he was socked with a $20 million suit by the songwriters who created the 2012 song "Amazing" for English singer and X Factor champ Matt Cardle over alleged similarities between that song and Sheeran's hit "Photograph." In that separate and ongoing case, plaintiffs Martin Harrington, Thomas Leonard and HaloSongs, Inc. are being represented in court by Richard Busch — who, just last year, represented the family of Marvin Gaye in its now-famous suit against Pharrell Williams and Robin Thicke for "Blurred Lines," winning the family more than $7 million.