Accessibility links
Songs We Love: Martha Wainwright, 'Around The Bend' : The Record "I'm trying to not be so revealing," Wainwright says of the song, an air that evokes both Kate Bush and lounge singers. "I've written a lot of songs that were so personal they got me into trouble."

Martha Wainwright, 'Around The Bend'

Songs We Love: Martha Wainwright, 'Around The Bend' 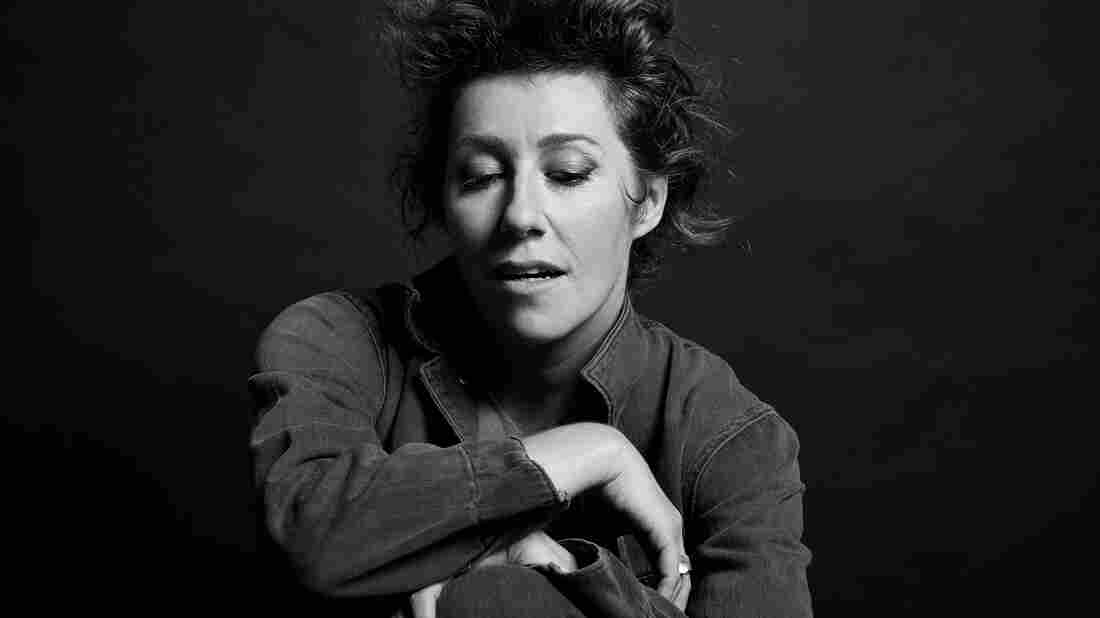 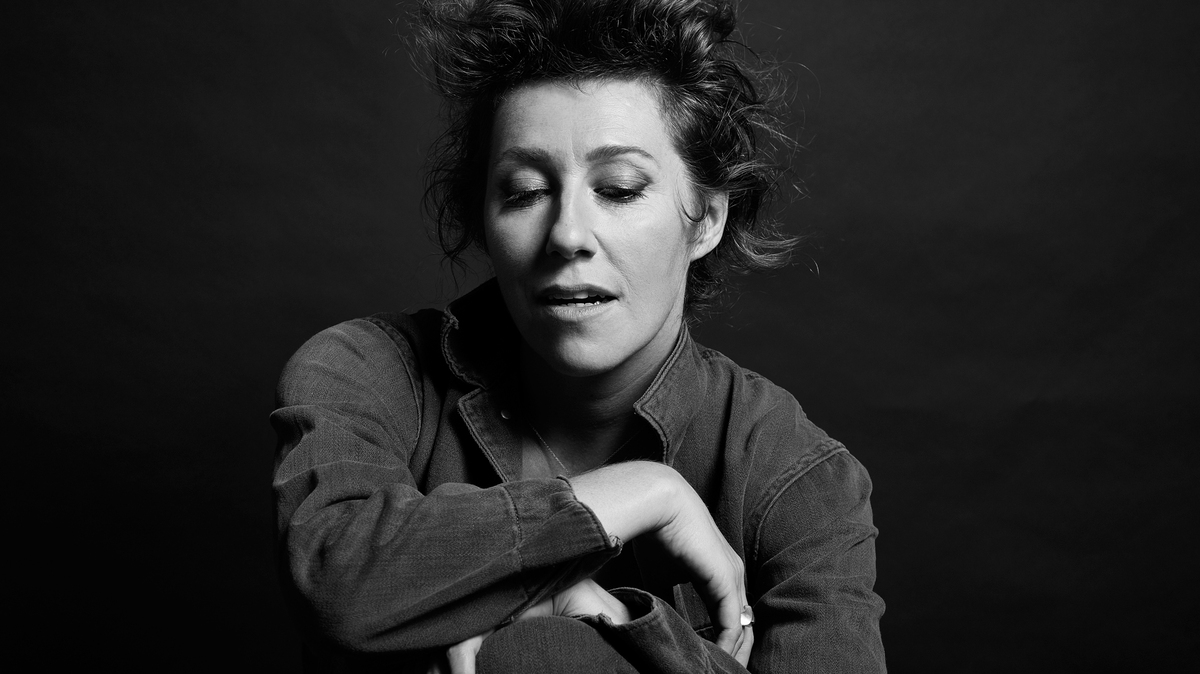 Carl Lessard/Courtesy of the artist

Artists are supposed to be unafraid. We want them to take those risks, symbolically and sometimes personally, that reasonable people would caution against: Defy physical limits. Risk offending others. Expose unmanageable emotions to the open air. Do these things, we say to our painters and writers and singers, so that we can imagine, through you, what it feels like.

Martha Wainwright has risen to that challenge since she was 21 years old. Now she's 40, the author of three stunning (and stunningly underrated) studio albums and numerous notable live works and collaborations. She has matured; a mother of two, she has lived through the loss of her own mother, the legendary singer and songwriter Kate McGarrigle, and negotiated ongoing musical partnerships with her father, Loudon Wainwright III, and her siblings, Rufus Wainwright and Lucy Roche.

Her own songwriting thrills with its honesty and enchants with its lyricism, grounded in her love of the American songbook, French chanson and the confessional singer-songwriter realm that was her home school. Her music evokes some obvious associations — Edith Piaf, whose songbook she's interpreted extensively; brother Rufus' similarly eclectic work — but those comparisons don't quite capture the unique blend of boldness and refinement Martha Wainwright projects.

On her new album Goodnight City, her first solo effort since 2012, Wainwright maintains her sense of adventure while considering the adult responsibilities of raising children, staying married, facing intimate loss and maintaining a career. Produced by the bassist Brad Albetta (Wainwright's husband) and Thomas "Doveman" Bartlett (who's worked with Sufjan Stevens and Sam Amidon, among many others), it's more sonically daring than anything Wainwright has previously released, while still delivering the sense of shared confidences that Wainwright's fans adore. Its track listing is a blend of intriguing covers and collaborations. Contributors include the novelist Michael Ondaatje, Beth Orton, Merrill Garbus and Glen Hansard, plus various members of the Wainwright-McGarrigle clan.

The first song to be released from Goodnight City is "Around The Bend," an air evocative of both Kate Bush and of the easy-listening classics Wainwright sang as the lounge entertainer Angela in Lisa Cholodenko's Emmy-winning HBO adaptation of Elizabeth Strout's Olive Kitteridge. From her home in Montreal, via email, Wainwright answered some questions about that song, her voice and life in one of North America's most beloved musical families.

Ann Powers: You've sung tributes to Edith Piaf, and in your own writing — including "Around The Bend" — you often confront intense emotional states from a feminine point of view. What kind of artistic resonance does this focus offer? What risks is taking it on?

Martha Wainwright: I've tried to write songs that weren't about my life and what I'm going through. "Around The Bend" is an example of a song where I'm trying to not be so revealing. I've written a lot of songs that were so personal they got me into trouble. I'm not very good at making things up. In my daily life I try to be very in control and not dramatic, so when I sing I often go for it as a way to express all the feelings inside that I am trying to negotiate. Maybe that's why sometimes my music is fraught.

As for Piaf — considering her life, no wonder she sang like that! Being a woman in this business is hard, and trying to steer a career in music and have kids is really hard.

You've developed a unique singing style in which you often push your range in various ways. What have been your biggest vocal influences? How have you modified or modulated your singing approach over the years?

I always have had trouble with my voice. I lose it often; it's a chameleon, yet it's particular to me. It is a true expression of who I am. I've really enjoyed trying different things with it and have suffered greatly when it goes. I push it to its limits and only recently have learned to control it and protect it a bit better. I've tried to mock all the great singers, male and female, but very quickly on my voice became distinct. Distinct in its range and in that it never seems quite in check.

You and your siblings and friends often devise interesting frameworks for performance, whether it's the lullaby project you did with your sister Lucy or your recent "Noel Nights" shows with Rufus. What's the relationship between these projects and your own songwriting? How does one form of creativity, interpretation, influence the other, authorship?

Because music is such an integral part of our lives, it seems normal to do in many ways. You kind of turn into a von Trapp! We always sang a lot at Christmas and singing is what we do, so why not do Christmas on stage? In the case of the Christmas shows we raise money for my mom's cancer foundation. Singing together and different kinds of music, like old timey music or jazz, is also very normal to us because [we were] brought up in the tradition of folk — singing together is required and expected. There is "the self," writing and singing in a distinct voice, and then there is group singing, where the goal is to blend and not stick out per se. 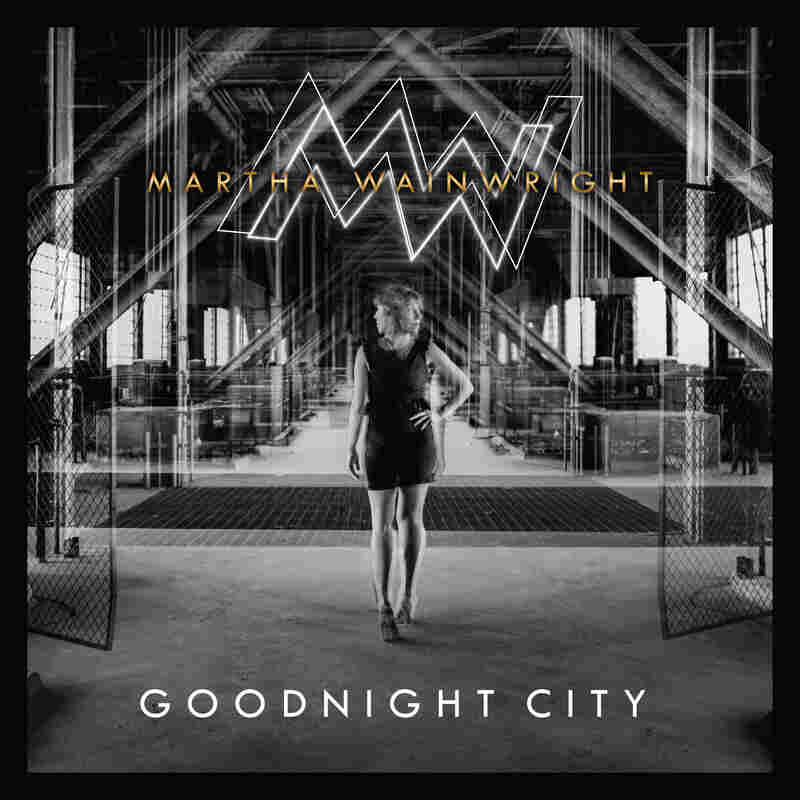 I've always interpreted other singers with the goal of making it my own or just serving the songs best. Sometimes it's best to just sing it plainly, without flourishes. I think it is a question of learning how to intuit what is the best for the song and the occasion of that moment. Sometimes it's standing quietly with your eyes closed or focusing more on laying tightly with a band; other times it's doing a cartwheel on stage. Singing great songs demands that you at least are very aware of great songwriters' genius. I always hope that that will seep into my own writing somehow.

I loved you as the lounge singer in Olive Kitteridge. You were singing material that many people have dubbed "cheesy" over the years, but with the utmost respect and tenderness. Do you relate to the figure of the lounge singer? What can we learn from her?

I often imagine that my destiny is to become a lounge singer, and it could happen. Since I started, I've always sung standards with a piano player, and it's often a part of my set. There is something a bit sad and lonely about it that I feel relates to my life. I hope to be singing the pain away for a long time. What can we learn from Angela in Olive Kitteridge? Be yourself, and don't aim too high because the fall could be devastating. I like that she's just doing her thing and she's not too desperate.

You've worked in a family context your whole life, first with your parents and now with your husband, and always with your siblings. This was standard for entertainers for much of the past couple of centuries, but we don't see it so much anymore. How has being in a "family band" fed your individual projects? Do you hope to continue the lineage with your own children?

Because everyone around me was always making music, I felt the need to stand out. Maybe that is why my music is a little aggressive or different. Standing out was hard and individualism was important in order to survive. A part of me hopes that my kids do something else because it might mean an easier life for them, but already I see the joy music can bring them. Especially our oldest, who has some difficulties. When he is experiencing music, something is unblocked in him and he flourishes.