Accessibility links
A Country Newcomer Finds Inspiration In Tradition : The Record William Michael Morgan, who will soon release his debut album, Vinyl, traces his lineage to country music heritage through the 1980s and '90s, and — of course — YouTube. 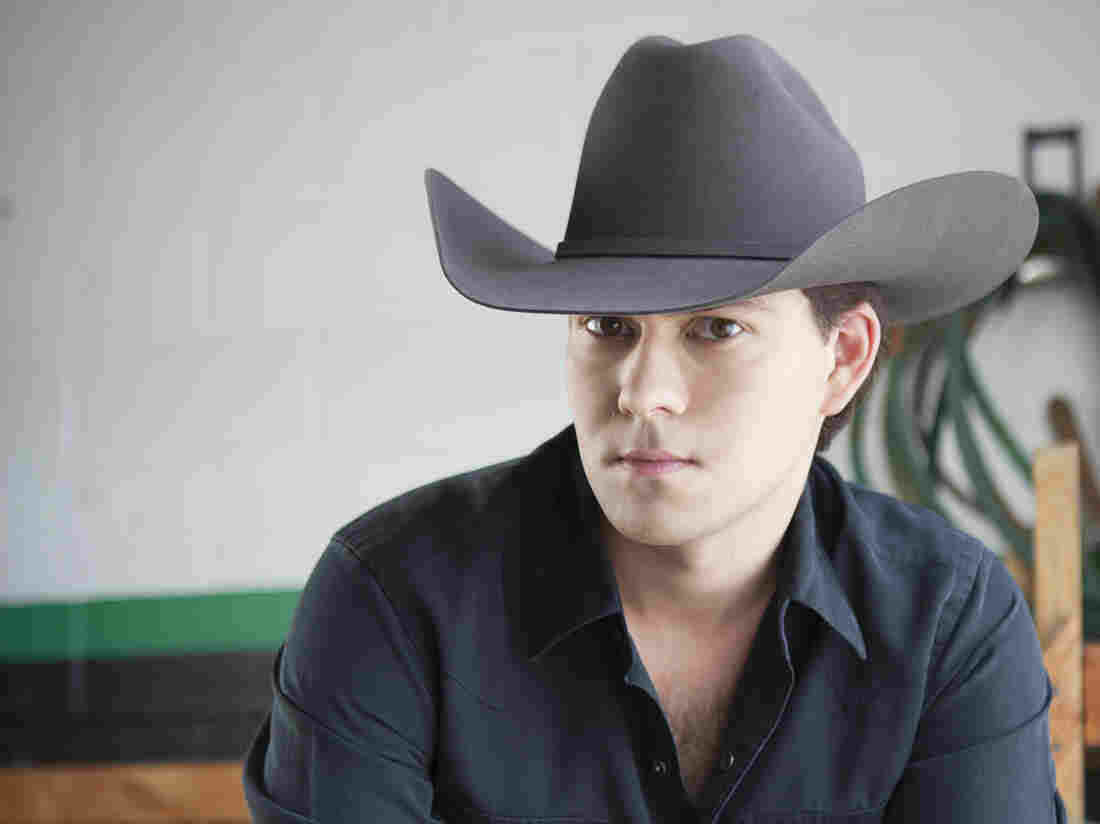 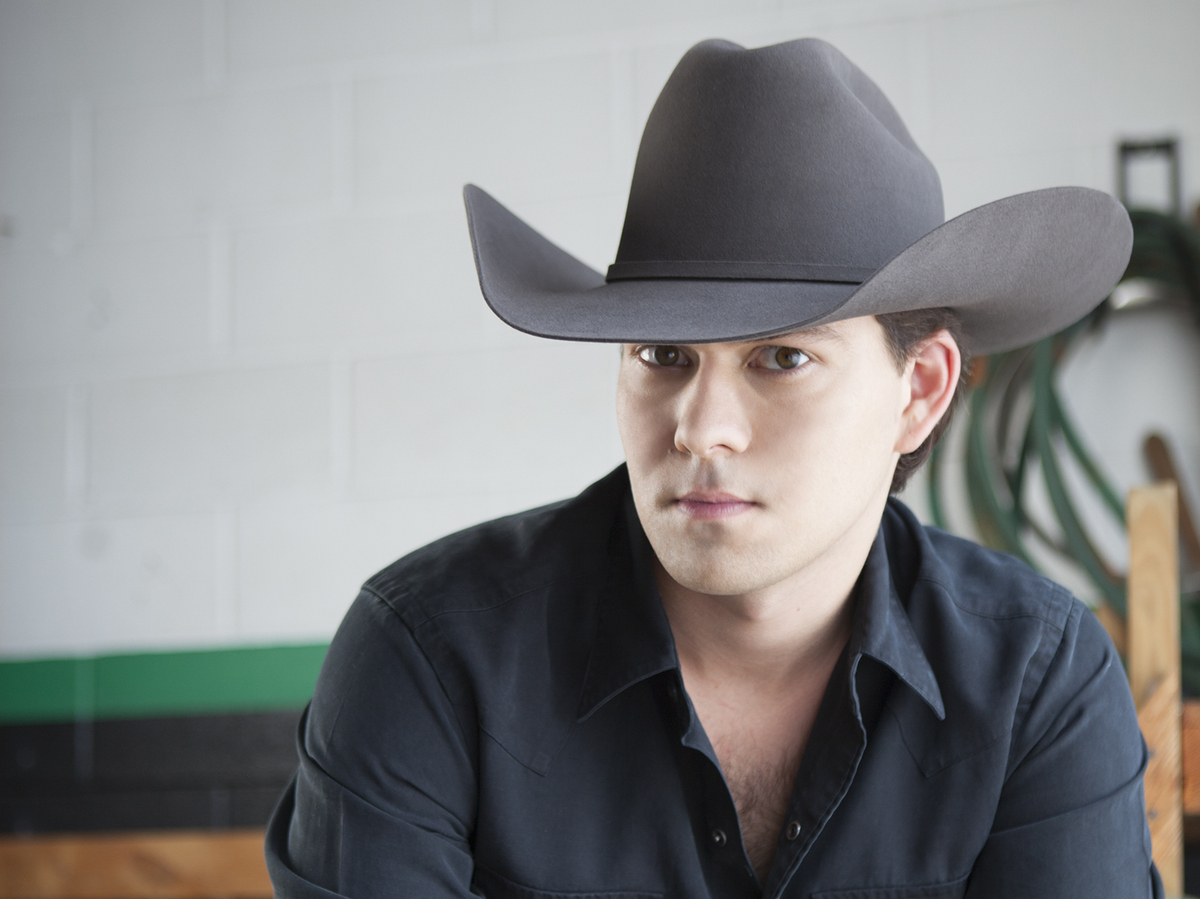 William Michael Morgan's debut album, Vinyl, will be out Sept. 30.

"Everything's cyclical" has become a common refrain in the country music industry of late, a way of acknowledging that country radio's domination by R&B-juiced, summery jams this decade is neither the format's first swing toward popular sounds and sensibilities nor a permanent state. What would follow, some predicted, was a race to the opposite extreme: a hardcore country resurgence.

That's beginning to look more and more likely now that a crop of millennial neotraditionalists are working their ways onto the charts. William Michael Morgan, a hat-wearing Mississippian already several years into his record deal at the tender age of 23, has a Top 5 single and a fine album, Vinyl, on the way. Mo Pitney, who's the same age, will release his full-length debut the same month. Tara Thompson, a mischievous, down-home storyteller who's actually related to Loretta Lynn, put out an EP this summer, a couple of months before Jon Pardi scored his first No. 1 with the toothsome shuffle "Head Over Boots." Then there's Chris Janson, whose new-school, blue-collar anthem "Buy Me a Boat" broke through last year.

Morgan's sense of tradition is especially interesting. He fleshed out his knowledge of country music lineage by searching YouTube in his bedroom, picking and choosing voices of various generations to emulate, and ultimately emerging with a taste for unreserved sentimentality and an easeful, fine-tuned singing approach. Crooning, almost. In a video of him performing the gentle ballad "I Know Who He Is," you can see him pull back from the microphone to soften his vocal attack at the end of a line. For him, it's the polish that proves that he knows his stuff and stands on solidly traditional footing.

On the phone, some of Morgan's other throwback traits emerge. Like many a small-town kid, new to the country big leagues, he's unfailingly respectful to his interviewer, reverent of his elders and careful not to step on toes.

I'm sure you're aware of the comments Sturgill Simpson made a couple of weeks ago about disregard for Merle Haggard, and traditional country in general, in the country music mainstream right now. As a young traditionalist who's actually starting to enjoy radio success, what was your take on that?

Well, I'll tell ya this, I try not to get into that kind of stuff. It's none of my business. I'm just trying to make music that I know how to make. But I respect what he said, and I respect him standing up for Haggard, because in today's time, nobody's gonna do that. Nobody has that respect anymore for the people that came before us and paved the road for us. Whether you're a traditional artist or you're not, it doesn't matter; they paved the road for ya.

As you yourself have pointed out, you're not the only young traditionalist making headway right now, but that's a fairly recent development. Did you feel a little more like a lone wolf when you first got to Nashville?

Well, yeah. It was about four years ago when I first got to Nashville and signed with Warner Bros. At that time, there was absolutely nobody doing what we're doing. There was Ray Scott, and Sturgill was doing his thing. We came out about the same time as Mo Pitney, and Jon Pardi, and Tara Thompson even. ... We all came out about the same time. That's what it's gonna take. Not that anything's broken and not that we need to fix anything, but if we're gonna make an impact, we have to do it together. We have to have each other's back and speak kindly of each other. I think that's something that kinda comes easy for us traditional artists.

Different people have different ideas of what constitutes traditional country music, which is partly a generational thing; the younger you are, the more decades of music you have to look back on. You're young enough that you were a little kid in the '90s and a teenager in the 'aughts, and you got some of your musical education from YouTube. Who or what is your idea of traditional country?

Merle Haggard, for sure. Keith Whitley, Mark Chesnutt, David Allan Coe, Johnny Paycheck, people like that is what I think is real country. George Strait — he's the king for a reason. That, to me, is real country music. Anything with a real lyric, with a real melody, something that moves you the second that you hear it. ... I'm just making the music that I love, that I grew up on. People are calling it traditional, and I love that.

You mentioned growing up on Mark Chesnutt's music. So for you, traditional country includes artists who were recording in the 1990s.

Yeah. I was born in '93. So I was listening to the radio, you know, like, Tracy Byrd, Tracy Lawrence, Mark Chesnutt, even Jones and George Strait at the time, too. I fell in love with that sound, and of course that played a big role in me wanting to research more and go further back, which ended up leading me to YouTube, which led me to a world of country music that I had never heard before. So I would look that up and kinda teach myself to play it and write like that and sing like that.

Did you ever get into recording covers of songs and posting them on YouTube?

A bunch, yeah. Back in Mississippi, we had my band together. I guess I was about 14, 15 years old. We had a little studio, just a little building out back of the house basically. We'd go out there and we'd get some karaoke tracks and we'd play to them. We'd put a little CD together, and we'd sell it at the shows. It was all covers.

For a while now, the mainstream country performers who've found the most success have been those who incorporated outsides influences, like hard rock muscle or the rhythmic swagger of R&B, into their vocal style. Did you ever try any of that?

Believe it or not, I do love every genre out there. Would I ever mix it into my country? Hell, naw I wouldn't. I think country is supposed to be country. That's why they have genres.

What did you learn from singing Haggard and Strait songs about how to use your voice?

You know, I just kinda sing. I never really took classes. My classes were listening to Haggard. So I guess to answer your question, I just kinda followed him. ... I learned how to sing just listening. I would listen, and then I'd try to copy. As soon as I got somewhat deep into copying, I tried to do my own thing.

I asked about those two in particular, Haggard and Strait, because there's a lot of subtlety in their singing, and in your singing too. Do you see vocal finesse as being part of country tradition?

Of course. I think that was what made you an artist back in that time, was your singing ability. Look what made Keith Whitley. Look what made George Jones, Haggard. ... Singing is what brought you in. There was none of this AutoTune and s*** like that. They actually had to sing.

You've had your first radio hit with a song that originally appeared on Sam Hunt's mixtape. His version had a spoken-word delivery and leaned toward R&B. Yours is entirely different. It's one of the most mellow, conversational performances to reach country radio in a while. How'd you find your angle on that song?

I fell in love with it immediately. I heard Sam Hunt's version of it, his mixtape version of it. I saw the whole picture: the girl crossing the street, biting her lip, fixing her dress. And I said, "Man, I've got to do this song." Me and my producers, Jimmy Ritchey and Soctt Hendricks, went in and tried to make it our own. ... I didn't want to speak it, because that's not my style. I relate to [Sam Hunt's] style, that's just not what I do. There's no wrong way or right way to do it. Each version has its perks.

Some people have questioned what a traditionalist like you would hear in a Sam Hunt song, but you've been quick to point out that you don't see what he does and what you do as being in competition. Why don't you buy into that idea that traditional leanings are somehow in competition with crossover-minded country?

I try not to go in thinking of any of it as a competition.

Why do you think some people look at it as either/or?

I think with the age difference of everyone, people 50-years-old, people 10-years-old, they obviously grew up listening to different things. Wherever your roots are obviously is where you're gonna be on that subject.

Most of the material on Vinyl came from outside songwriters. A lot of the songs that you recorded take up familiar country themes, like working-class pride, deep emotional attachments to loved ones and seduction, in clever or subtle ways. But there's this idea that every songwriter in Nashville is writing party songs. What did it take for you to find the material you wanted?

The good thing about Nashville is there's so many great writers. Not only that, but there's so many songs from those fantastic writers that have never been cut before. As the years go by, they just sit on the shelf, until somebody like me or Jon Pardi or Mo Pitney goes in and finds them. I wanted to go in and find these songs because I know that I'm not the best songwriter.

To me, the most sentimental song on the album is "I Know Who He Is." It's an incredibly tender take on watching a parent succumb to dementia. That's one that you didn't write, but your performance sounds incredibly personal. What appeal did a song like that hold for you?

No one's doing anything like that. No one's shining a light on that subject, dementia, Alzheimer's. And it's more common nowadays than ever. It seems like this horrible disease is taking over more and more every day. So I figured I'm just one person, but it hit me like it hit me. It took everything I had not to cry when I first heard the song. I said, "If it touches me like this, hell, we've got to put it out."