Accessibility links
Bob Dylan, Revisited : The Record In the wake of the news that the iconic American songwriter is the winner of the 2016 Nobel Prize in literature, we've dug through the NPR archives for some Dylanalia treasures. 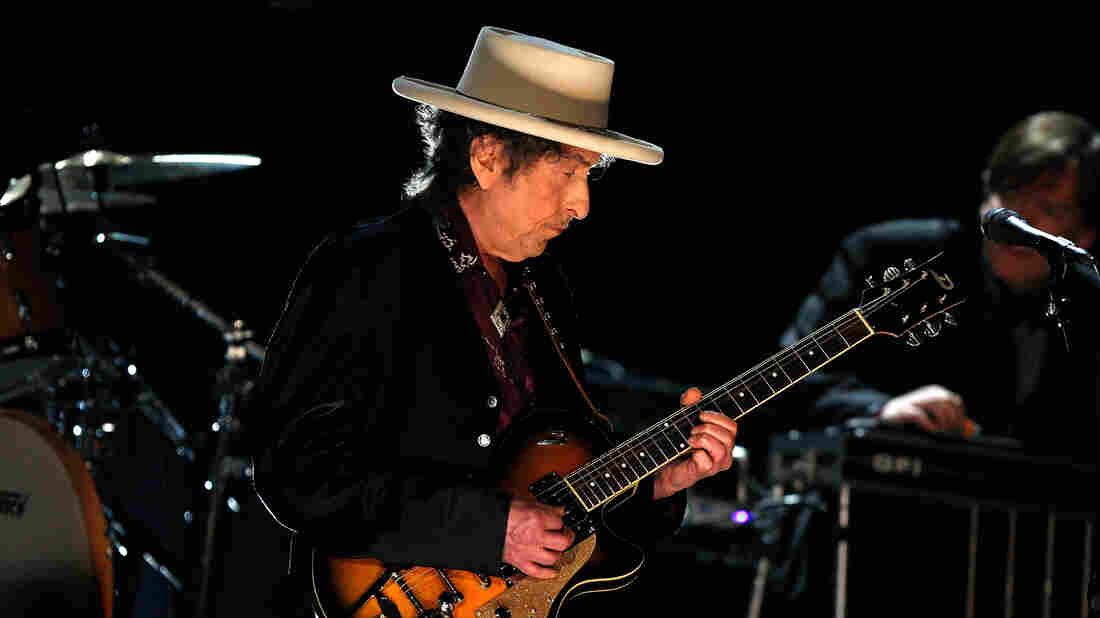 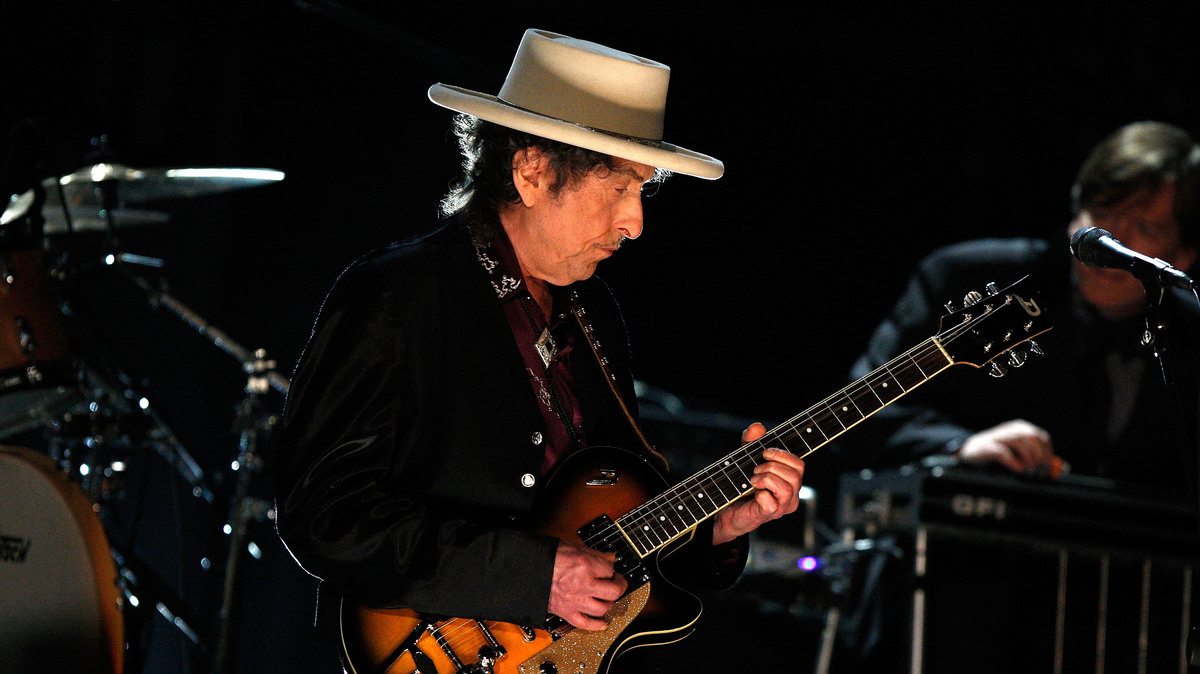 It's tough to think of a major honor that hasn't been bestowed on Bob Dylan in his long career, but Thursday brought a new addition to his crowded awards shelf: the Nobel Prize for Literature. Not only is Dylan the first American to win the literary prize in a generation — the last being Toni Morrison in 1993 — he is the first modern songwriter to be so honored. (Bengali author and polymath Rabindranath Tagore, whose songs are cherished in India, won the same prize in 1913.)

Dylan's name has been bandied about as a long-shot Nobel candidate for some years now; his case was passionately argued in the New York Times in 2013 by Bill Wyman, a former NPR arts editor. In his Times op-ed, Wyman wrote: "His lyricism is exquisite; his concerns and subjects are demonstrably timeless; and few poets of any era have seen their work bear more influence ... It's time to take the idea seriously."

It's not at all clear what persuaded the Swedish Academy to make 2016 Dylan's year, but to paraphrase the songwriter, it's been a long time a-comin'. To celebrate, we've spent today looking back at some of the vast trove of Dylanalia in the NPR archives.

First, one from the man himself: In 2004, Dylan granted a rare interview to Morning Edition host Steve Inskeep. In that conversation, he spoke matter-of-factly about the praise he'd earned in his career so far: "Having these colossal accolades and titles, they get in the way."

Last year, national political correspondent Don Gonyea looked back to the astounding run of material Dylan produced in 1965 and 1966, during which which he cranked out three iconic albums within 14 months — Bringing It All Back Home, Highway 61 Revisited and Blonde on Blonde — and how Dylan worked and reworked the classic "Like a Rolling Stone" over and over again until he got it just right.

In 2013, All Things Considered's Audie Cornish spoke to Princeton University history professor Sean Wilentz about Dylan's "Only a Pawn in Their Game," a song about the death of civil rights activist Medgar Evers. "It wasn't a song that played naturally into the moral dramaturgy of the civil rights movement, which was very much about the righteous civil rights workers — black and white — against an obdurate segregationist system," Wilentz said. "This dug a little deeper and made people think a little bit more."

On the other hand, there's the completely inscrutable Dylan — the bard of a Victoria's Secret commercial, a curious Christmas album, and most recently of two volumes of Great American Songbook standards. As critic and All Things Considered contributor Tom Moon wrote earlier this year: "So here we are, stuck inside of Croonerville with the Sinatra blues again. ... It is folly, everyone knows by now, to ponder the motivations and intentions of an artist like Bob Dylan."

And there is the way that Dylan's words have spread far beyond his music. In 2011, All Things Considered host Robert Siegel spoke to University of Tennessee law professor Alex Long, who found that Dylan was the most cited songwriter in American legal writing: "It's Dylan in a landslide," Long said. "The Beatles, Springsteen, The Rolling Stones come up behind him, but yeah, he's way out in front."

No matter the context, music lovers across many fields look to Dylan for inspiration. Read on for a full list of Dylan highlights from our years of coverage.