Accessibility links
One Transcendent Performance That Illustrates Donny Hathaway's Musical Genius : The Record In an excerpt of a book dedicated to the classic soul album Donny Hathaway Live, author Emily Lordi looks at the ingredients that make Hathaway's cover of "A Song for You" such an achievement. 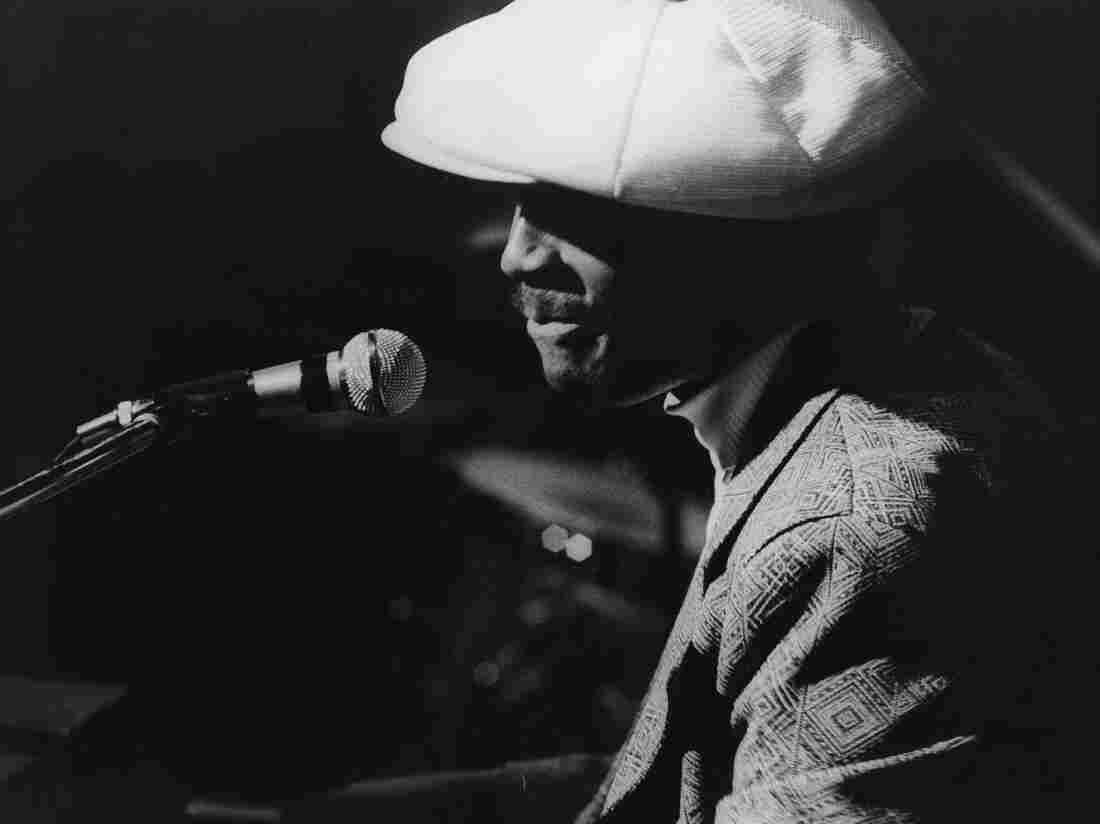 "A Song for You" was recorded at the sessions that produced Donny Hathaway's 1972 album Donny Hathaway Live, but it wasn't included on the original album. More than four decades later, it illustrates how Hathaway merged technique with pure emotion. Michael Ochs Archives/Getty Images hide caption 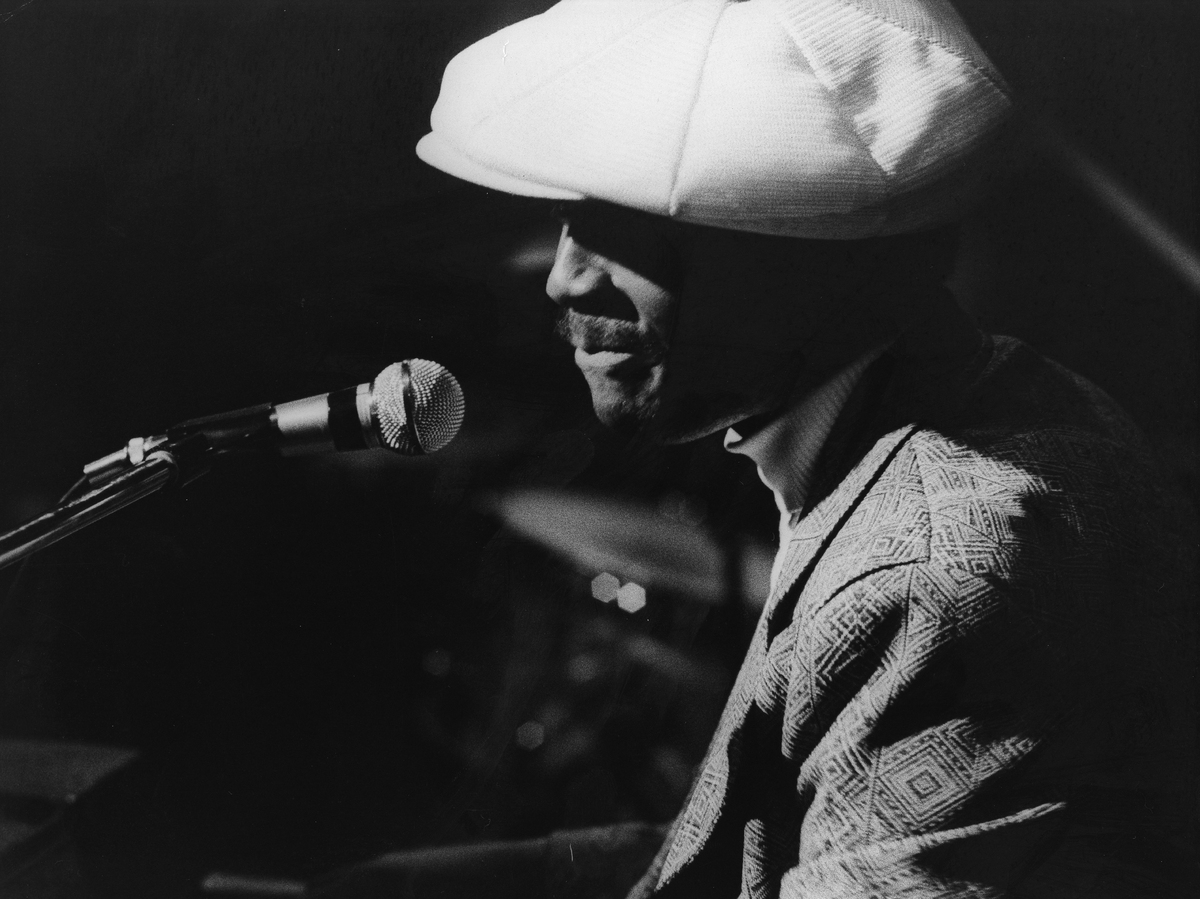 "A Song for You" was recorded at the sessions that produced Donny Hathaway's 1972 album Donny Hathaway Live, but it wasn't included on the original album. More than four decades later, it illustrates how Hathaway merged technique with pure emotion. 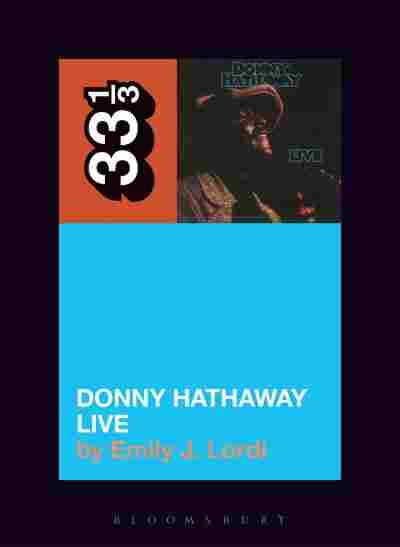 The following is an excerpt from a forthcoming book on the 1972 soul album Donny Hathaway Live. Best known for songs like "This Christmas" and classic duets with Roberta Flack, Hathaway was a strikingly virtuosic artist committed to exploring "music in its totality." In the decade between his 1970 breakout hit "The Ghetto" and his death at age 33 — an alleged suicide linked to paranoid schizophrenia — he recorded some of the most beautiful, heartfelt and funky music of the late twentieth century. Yet he remains an enigmatic figure, beloved by many black listeners and singers yet often excluded from histories of American popular music. This book tells the story of his life, from his work as a child gospel star to his later years, through the theme of live performance. In so doing, it highlights those qualities that moved and continue to move Hathaway's fans: the synergy he created with his bandmates and his audiences; his technically commanding expression of feeling; his visionary versions of other artists' songs; and his live orchestration of communal black joy as well as sorrow.

The latest installment in Bloomsbury's 33 ⅓ series, this book will be released on October 20.

Most people will tell you that Donny Hathaway's true home as an artist was not the studio but the stage. "The live Donny was the most moving Donny, the most unadorned and direct Donny," states writer David Ritz. The singer Leroy Hutson, who was Hathaway's best friend, concurs that he "was most comfortable in live performance and literally at his best." That's why his 1972 album Donny Hathaway Live holds a privileged place among his small but stunning constellation of recordings.

For artists like Hathaway, whose art is forged within African American sacred and jazz traditions, the idea that live settings offer greater freedom than the studio is familiar. But what does that freedom actually sound like? What models of black community, intimacy and joy was Hathaway creating in performance? These questions draw us toward that elusive nexus between rehearsal and improvisation, spirit and practice, intuition and craft. Here we can see that, far from the stereotype of the instinctive soul artist driven by pure emotion, Hathaway was driven by a desire for musical training that would allow him to express his ideas and impulses in the moment, thus making each performance a new act of creation.

That this process involved as much pleasure as pain is an unexplored facet of Hathaway's art. As Hutson says, "Few people really knew of the fun side to Donny. He was almost always in a work environment ... and rarely able to just be his fun-loving self." Hathaway's mental illness and early death often and understandably obscure the "fun-loving" Hathaway. But you can hear so much joy in the music, especially when he is playing it live.

One moment will serve as an illustration. It comes from a performance that wasn't included on Donny Hathaway Live, although it was recorded at one of the sets from which Atlantic drew songs for the album. After his band had left the stage at Los Angeles's Troubadour one night, Hathaway returned alone to play "A Song for You" as an encore. Although the recording would not be released until after his death, it is one of his most inspired performances.

First recorded by Leon Russell in 1970, "A Song for You" was covered by so many other singers that it became a pop standard by the end of the decade. Yet Hathaway maximizes the song's emotional and melodic potential so that the original feels like a cover of his version. Russell's recording is marked by intricate piano, unorthodox phrasings and Ray Charles-meets-Willie Nelson vocal stylings. Hathaway maintains Russell's complex piano work but recreates the haunting ballad in his own image. This is the image of someone with a deep well of almost ancestral feeling; someone deeply vulnerable to love, struggle and musical beauty; someone who trusted himself as a musician; and someone who can seem, in retrospect, to have sensed that he wouldn't have much time to do his best work with and for his fans.

His studio recording of the song, which appears on his 1971 self-titled album, features a dramatic string and woodwind arrangement by Arif Mardin — delicate flutes and tremolo strings — and a rather odd structure. That version opens with an intricate glissando down the keyboard, a descending series of minor thirds that scholar Mark Anthony Neal calls a "tear-drop intro." Hathaway repeats this glissando midway through the song. Then comes a modulation that sounds like a coda but instead moves into a second instrumental section that unexpectedly opens onto the last verse.

Four months after that version was released, Hathaway brought the song to the Troubadour. By now, he had restructured it to intensify its drama. So with this performance he was reinterpreting not only Russell but also himself.

As he starts his encore performance, his piano glissando draws whoops from the crowd. (This was typical, according to Mardin, who says the audience recognized most songs "from the first two notes of the introduction.") For anyone who might not know it, one man in the crowd shouts, "A Song for You!" until another person calls for order: "Settle down!" Sounding unruffled, Hathaway launches into a performance that embodies transcendence — of his immediate surroundings, with all their distractions, but also of the audience's expectations and perhaps even of his own.

The whole performance is so stunning that it's hard to believe it was captured on tape. But it's the out-of-time interlude that stands out. "And if my words don't come together," Hathaway sings, "listen to the melody, 'cause my love is in there, hiding..." As in the studio version, he plays the tear-drop piano line, but he slows it down and draws it into a complex chord that heightens the tension. Then, having set himself up, he vaults into the heart of the song:

He stretches the "I" up, accenting the lift and the heft of it — "I-hi" — before turning it up and around with an impossibly lovely melisma. He's at the top of his range but with room to maneuver, so that it seems he could suspend the "I" indefinitely if it were not just as important to sing the words that make the "I"'s drama make sense: "love you." The crowd erupts as he completes the statement.

At some point between the studio version and the live recording, Hathaway seems to have realized that this "I love you" was the core of his performance. Whereas, in the studio version, this moment appears as an unexpected verse after an instrumental section, in this pared-down performance it is the crown jewel, set between the piano glissando and the song's denouement.

Hathaway's out-of-time delivery of "I love you" brilliantly enacts what the lyrics describe, musically moving the expression of love into a "place where there's no space or time." This love is so deep that it exceeds and subtends any one person's lifetime. But that is not to say it is romantic or idealized. The "love you" brings the suspended "I" back down to earth, into the song's timing and harmonic tension. And Hathaway sings the phrase emphatically; as in songs like "I Love You More than You'll Ever Know" and "I Know it's You," he sounds like he's trying to convince someone. (His wife Eulalah recalled, "He would tease me at his shows, smiling at me and saying, 'You know that's for you.' I'd say, 'Yeah, right!' He was cool.") We might view this grounded, ancestral love through the lens of the black blues tradition. In this tradition, with which Hathaway identified, love is devoid of romantic illusions. But Hathaway's "I" dives down to meet that love anyway. He thus evokes the lover's willingness to struggle, which is a kind of clear-eyed, illusion-less magic.

The studio version of the song doesn't prepare you for that "I love you," which always makes me wonder if Hathaway surprised himself with that one. Did he consider that moment "a moment"? To write about him is to ask such questions, which are not only about his art but about his interior life and wellbeing. Yet Hathaway's own comments from this period convey his abiding confidence, suggesting that he knew what he could do and that no amount of sudden brilliance would have surprised him. As he told a reporter for the U.K. newspaper Disc and Music Echo in August of 1971 (perhaps during the Troubadour sets), "My ambition is to get standing ovations everywhere I play. I'm working to have a performance so effective as to really carry the audience on a ride." This is the voice of a young genius with an ego and the skills to back it up. As Atlantic Records publicist Barbara Harris recalls, fans would come up to him after his shows and "people were just kind of ... speechless. They couldn't believe what they had just heard."

Hathaway used several techniques to elicit that response. A singer who had been working a crowd since his gospel wonder-child days, he was not above using tactics that musicians call "getting house" — what musicologist Aaron Johnson describes as "showy technical devices such as flashy keyboard runs" or "the extension and prolongation of musical cadences to create tension and excitement." We hear this in "A Song for You" when, in Johnson's words, "Hathaway milks [the piano glissando] for all the expectation he can wring from it." What's more, Hathaway possessed a technique or a gift called "vocal crying." As Hutson explains, he "was able to make the listener 'feel his heart' in his singing and playing" in a way that could make people cry. Hathaway understood all of this.

Nevertheless, live performance always leaves something to chance, and soul music especially embodies a mixture of spirit and craft — long, intensive rehearsal for the spontaneous moment that by definition surprises not only the listener but also the artist. Hathaway "carried his audiences on a ride," as planned, but he also rode their energy. And what makes his Live album so special is that it records the love he received in the process. What Neal says of his performance of "A Song for You" could be said of the album as a whole: it was "a living testament to the love shared between one performer and his audience." If it wasn't enough to sustain him, it's still good to hear.

Emily J. Lordi is an associate professor of English at the University of Massachusetts, Amherst and the author of Black Resonance: Iconic Women Singers and African American Literature. She is currently writing a book about soul.