Accessibility links
On Lady Gaga's 'Joanne,' All Of Pop Is A Stage : The Record Joanne is as theatrical as anything Gaga has ever done, touching on styles intimate and overcooked and upholding her romantic belief in broad gestures and bold declarations.

On Lady Gaga's 'Joanne,' All Of Pop Is A Stage

On Lady Gaga's 'Joanne,' All Of Pop Is A Stage 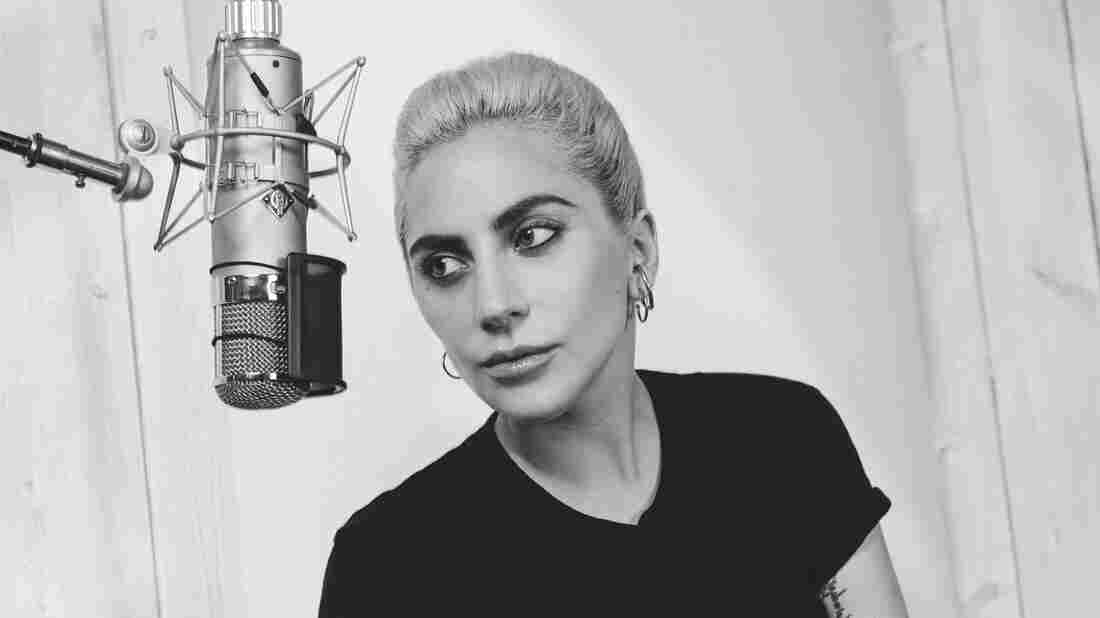 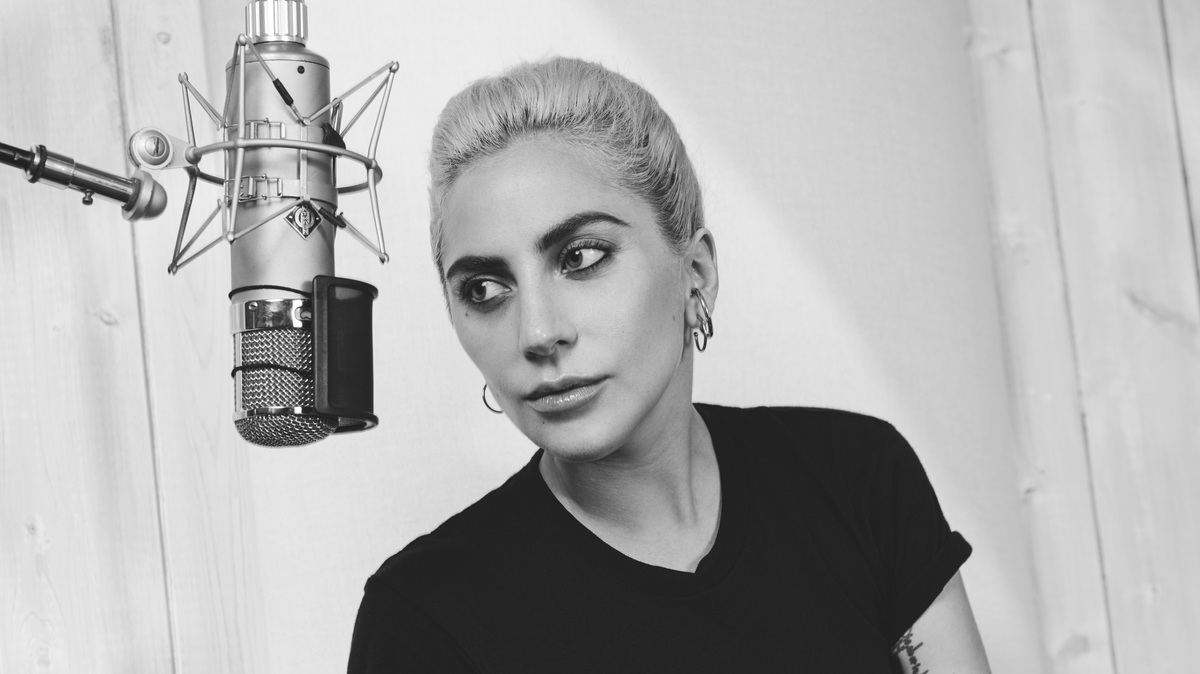 "I am lost, I confess, in the age of the social," Lady Gaga intones in her saddest alto in "Angel Down," the anti-violence anthem that concludes her fifth studio album, Joanne, officially released today. It's a strange disclosure from a pop star whose entire career has seemingly played upon the 21st-century practice of inhabiting constructed online identities to escape reality, earn a lover's affections or scam a path toward success. Gaga crashed the Top 40 in 2008 with The Fame, an examination of the risks and limits of democratized glamor written in cool club bangers. As she progressed, she found purpose by championing the insurgent queer communities where she'd learned her drag style and rock and roll attitude. She became a favorite of avant-garde fashion designers and post-Pop artists like Jeff Koons and took her own avatar cultivation to science-fiction levels. 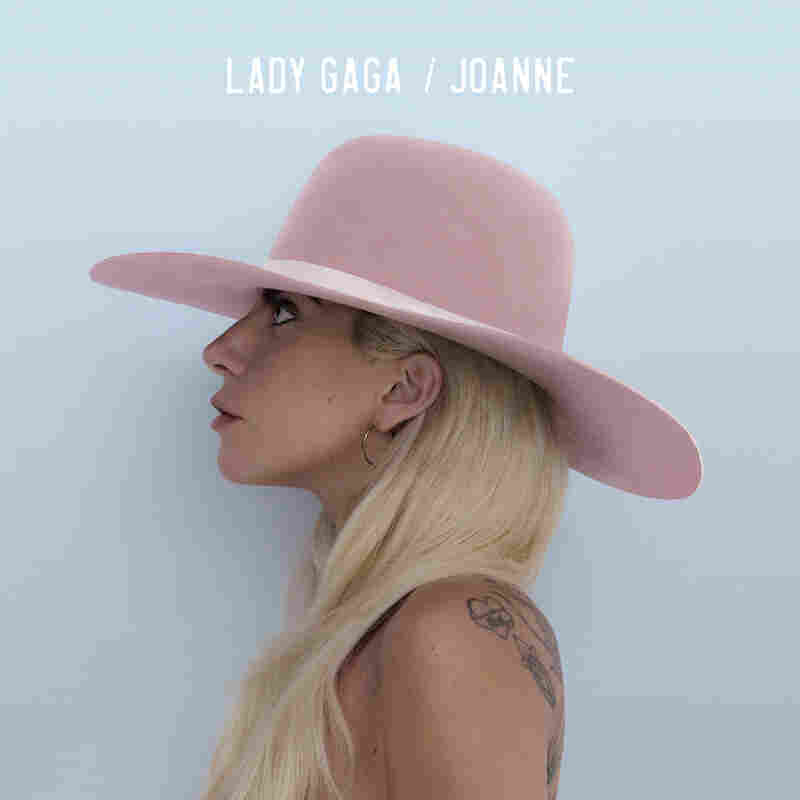 As often happens with outsiders who grab a mainstream moment, she began to bore pop's novelty-seeking gatekeepers, at which point she exposed another layer of herself, the pure vocal talent supposedly at the root of all her schtick; but even singing this more allegedly intimate material, the diva born Stefani Joanne Germanotta was always fully made-up and bewigged. How could this shape-shifter find the social network inhospitable? It seems on Joanne, her alleged rejections of all the masks, Gaga is close to denouncing her own artificial roots.

In fact, Joanne is as theatrical as anything Gaga has ever done. The album repositions her passion for posing within a soundscape whose touchstones are the great costume dramas (and comedies!) of pop. As on her most focused and effective album, 2011's Born This Way, Gaga uses rock and roll, that raw form populated by supercooked personalities, as a stylistic touchstone, a source of deep feeling and immediacy. Doing so, she upholds her romantic belief in a theatricality grounded in broad gestures and bold declarations, not in the carefully monitored, physically removed self-design of today. If Beyoncé has shown how a star's life can be so carefully curated that it translates into powerful universals and Rihanna has developed a sound that evokes a woman's consciousness dissembling through smoke and beats and cyberspace's ether, Lady Gaga still attempts to give her listeners the ancient pop thrill of catharsis: that experience of release that comes from immersing in a drama that absorbs an audience's shared spirit and might even transform it. For Aristotle, the vehicle of catharsis was tragedy. For Gaga, it's Bowie and Queen and her own high notes.

Joanne's eleven songs trace the messifying path of rock and roll through other musical traditions: musical theater, crossover country, the disco-rock hybrid Donna Summer perfected in hits like "Bad Girls." Its ballads are earnestly mannered, a la David Bowie and Elton John; its dance tracks gain their fun from comical effects and florid guitar lines. There's even a nod to 1950s nostalgia, the font of pop postmodernism from glam through "Grease" and onward to Bruno Mars. Joanne may sport some semi-confessional lyrics, but that kind self-revelation is not the heart of it. The core belief it reflects is about sound, stance and attitude: that rock's dictum to kick out the jams can apply across genres and produce a sustaining sense of community and freedom.

'It Changes You Forever': Lady Gaga On David Bowie And Being Brave

Partnering with the producer Mark Ronson, known for loosening the noose of pop revivalism with his DJ's knack for irreverent recombination on mega-smashes like "Uptown Funk," Gaga enlisted a roster of collaborators for Joanne that initially seems random, but which in fact is a diverse group of kindred spirits. The Nashville songwriter Hillary Lindsey may be based in country music, a genre sometimes strangled by authenticity myths, but she's part of the definitions-busting country moment that's given us glamour goddess Carrie Underwood and genre-hoppers Little Big Town. (Joanne's "A-Yo" could have easily made the cut for that vocal group's last album, Pain Killer.) Queens of the Stone Age leader Josh Homme and Tame Impala mastermind Kevin Parker both refract post-Woodstock psychedelia through the decades's worth of sonic imitation and distortion that followed it. Florence Welch, with her Freddie Mercury-like voice and love of glittering kimonos, shares Gaga's interest in recasting glam rock as a still-androgynous but female-directed art. Josh Tillman, a.k.a. Father John Misty, has pulled the Jim Morrison-inspired figure of the Hollywood rock louche from under the wheels of indie rock's beta males. And then there's Beck Hansen, one of Gaga's heroes, who lighted in for one night to write a hook and remind everyone that parody and pastiche are old and still-fruitful musical vines to pluck. (Too bad he only cowrote one hook; his dry essence is lost on the overproduced and not very sexy ode to self-pleasure "Dancin' in Circles.")

Since the songs on Joanne began making their way around the Internet, listeners have been pushing categories like "country" and "blues" to describe the sound of Joanne. Well, okay, it's country if you color it Spaghetti Western red and decorate it with Shania Twain spangles, and blues if your idea of the blues is Dr. Frank-N-Furter singing "Sweet Transvestite" in The Rocky Horror Picture Show. She's adhered most closely to the center of a genre when embracing 1980s pop-metal, as on Joanne's "Diamond Heart." (The synths rubbing against guitars! The use of All-American terminology to describe sleazy, problematic sex!) But even here, she relishes the distancing wink: This song may be the first "Girls, Girls, Girls" style rager to give true voice to an exotic dancer instead of the men who partake of her offerings.

The thing about Gaga that's distinct, and sometimes confusing, is her ability to wink and project utter sincerity at the same time. Her conviction is unflagging throughout Joanne, permeating the straightforward balladry of "Million Reasons," her bid to create an adult-contemporary radio staple and the least idiosyncratic song she's ever recorded. But it's also in the high-kick burlesque of "Come To Mama," which is actually a strong call for political unity, and on the Elton John-by-way-of-the-Jacksons gender play of her duet with Florence Welch, "Hey Girl" — also a political statement, this one extolling feminist shine theory. Her marauding desire to master every pop reference she encounters can be confusing: How can the woman who calls out sleazebags so ferociously in "Diamond Heart" then eagerly jump on one's horse in "John Wayne?" (That song's lyrics are just generally weird; Wayne was the cinematic symbol of law and order, not wildness.) What Gaga values is the way a person can assume a role to pursue a deeper truth than uncultivated identity can provide. Performance theorists would say that this occurs throughout everyday life; Gaga, however, cares about the heightened moments when that old-fashioned theatrical apogee is achieved. She defines herself in close-ups and spotlights, and even her more "personal" confessions recall the moment in a musical when all action stops and the lead reveals herself by walking to the lip of the stage and delivering a ballad that leaves us weeping.

Joanne's two key ballads aim for such moments. These are the big reveals, the moment in which Gaga supposedly drops her guard. Yet upon first listen, both feel stiff and strange. The title track is a folk-rock reverie about Gaga's aunt, who died at nineteen, before she could ever meet her namesake. Its arrangement is uncharacteristically spare, unspooling across the squeaky strings of an acoustic guitar. Yet Gaga's precise enunciation as she utters the heartfelt lyrics — "every part of my aching heart needs you more than the angels do," she sings — makes it clear that this private moment is also staged. So does the production, which soon incorporates a string section and places Gaga's vocal within an airy mix recalling 1970s hits by Anne Murray or Helen Reddy. Where is the pathos? Only the realization that Gaga is talking to a ghost who never held flesh for her, keeping alive a relationship born wholly in her imagination, does the song's eeriness pay off.

"Angel Down" is eerie too, but in a different way. Written after Trayvon Martin's killer George Zimmerman was acquitted of murder and dedicated to the #BlackLivesMatter movement, the song rhetorically points to blockbuster ballads like Celine Dion's "The Power of Love." It's easy to imagine Gaga playing it alone — on an arena stage, yes, but also on a streetcorner, her portable keyboard carving out the frame a little church that draws in passersby.

This is Gaga without the bells and whistles, wearing a mask that looks like her own face. She means what she is saying. "Doesn't everyone belong in the arms of the sacred?" she cries. And this is her unfashionable, sometimes confused, essential longing: to make that space of holiness in a world she knows is profane, in fact using the materials of the profane, just as rock's many ministers and sacrificial lambs have done before her. Maybe our skeptical era isn't the time for such attempts. But Gaga's still putting herself on the line, and trying.