The Death Of A Disco Host

The Death Of A Disco Host 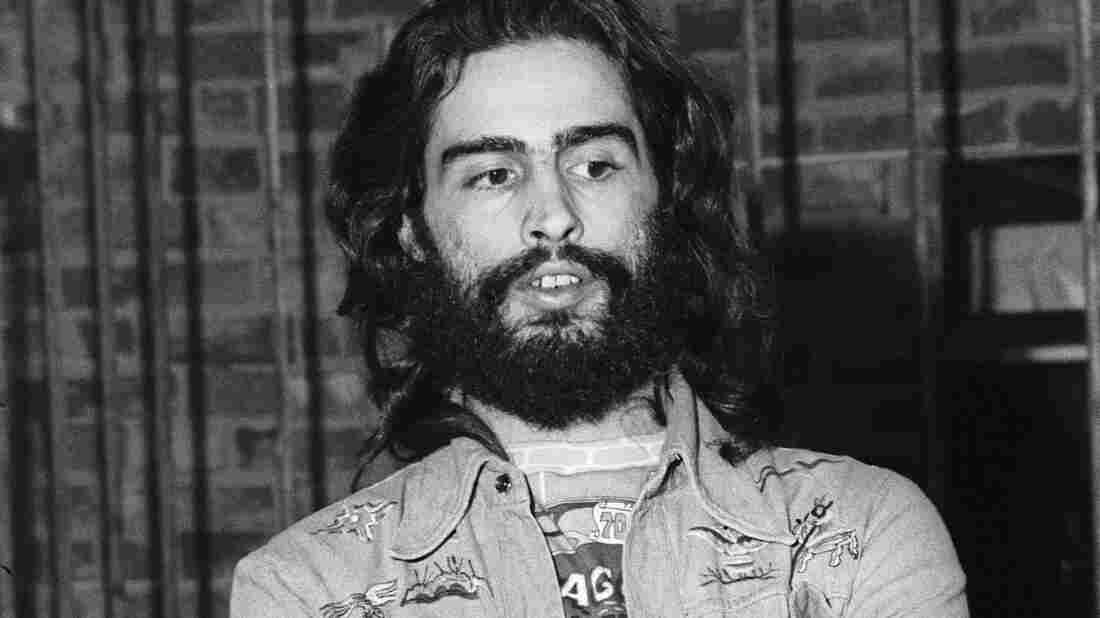 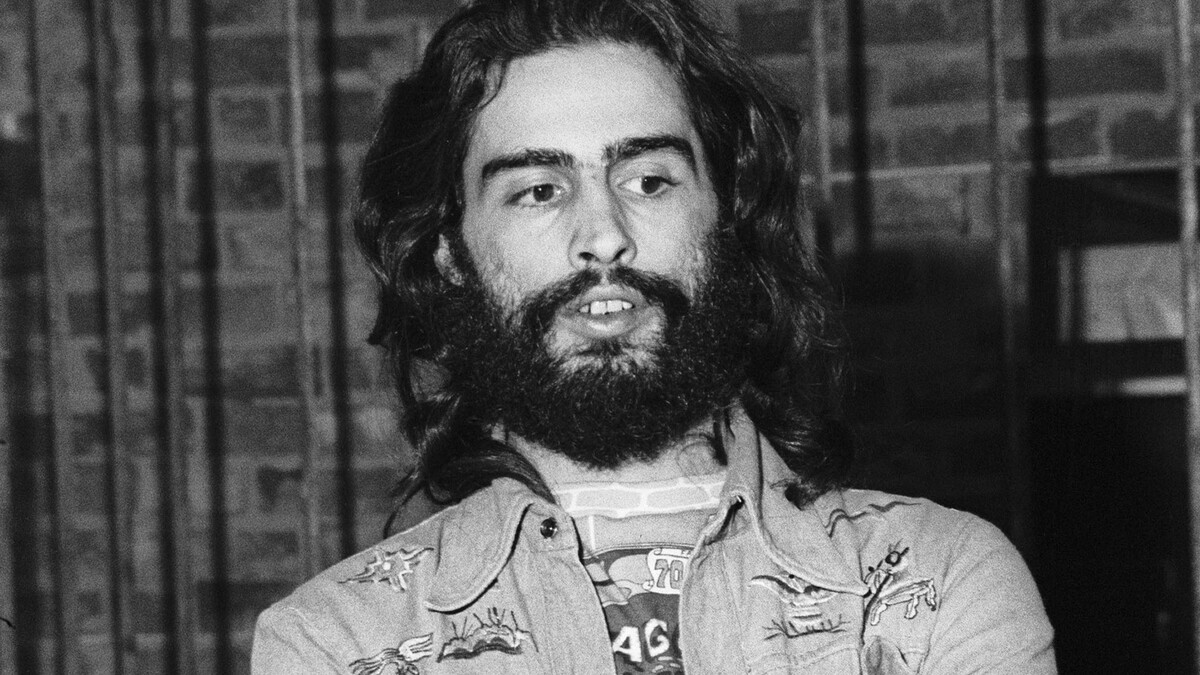 In a society increasingly filled with self-delusion, there are still times when the roles individuals see themselves playing can unlock astonishing insights about who they are. A few weeks ago, when speaking with author and disco historian Tim Lawrence about the New York party scene of the 1970s and '80s, I off-handedly called David Mancuso — one of that scene's central figures, who founded the legendary disco happening The Loft and who passed away Monday, after a protracted illness, at the age of 72 — a "DJ." Lawrence, who over the past two decades had spent many hours interviewing Mancuso, was quick to correct me. "David would not refer to himself as a 'DJ,'" he said, "but as a 'musical host.'"

When New York Was 'On Fire': A Mid-'70s Musical Revolution

It was a funny interjection and fact-check. Mancuso was a host, by the word's most basic definition, in that for the first 30-plus years of The Loft's existence, the party took place in his actual home (first on Broadway, then on Spring Street, and then on 3rd Street in Alphabet City), and the people he welcomed were not "attendees" or "club members" but invited guests. He was a man who'd spent his early years in a Utica, N.Y., children's home run by a kindly woman named Sister Alicia, whom he would forever cite as his first musical influence and whose desire to throw dance parties for the home's orphans sank in deeply. Mancuso's unwavering focus on the importance of sound and community made him a host in a philosophically Christian sense, too; it whole-heartedly reflected his outlook of the world, one that he wanted to pass on to everyone who came through his doors and participated in his ritual. And the man who studied with Timothy Leary also believed in the spiritual power of the pharmacologically produced sacrament whose acronym was barely hidden in the name of that first Loft gathering — Love Saves the Day, inaugurated on Valentine's Day 1970 — and which dosed the punch at many future gatherings. A host? Yeah, sure, of course.

Thus did David Mancuso lore double pretty naturally as history, which is only noteworthy because few late-20th century creation myths are as absolute as the ones he had a hand in. Mancuso's is the story of the birth of contemporary dance-music, clubbing and DJ culture — which The Loft most definitely seeded, with a lot of help from three of Mancuso's most ardent admirers, the DJs Larry Levan, Nicky Siano and Frankie Knuckles, as well as some men in the Bronx then busy inventing hip-hop. Simultaneously, it's the origin story of the contemporary ideal of New York City's cultural and creative diversity — which The Loft embodied in its most utopian manifestation. You may not have heard of David Mancuso, but chances are good that you have fed off the body of his work these past few decades. 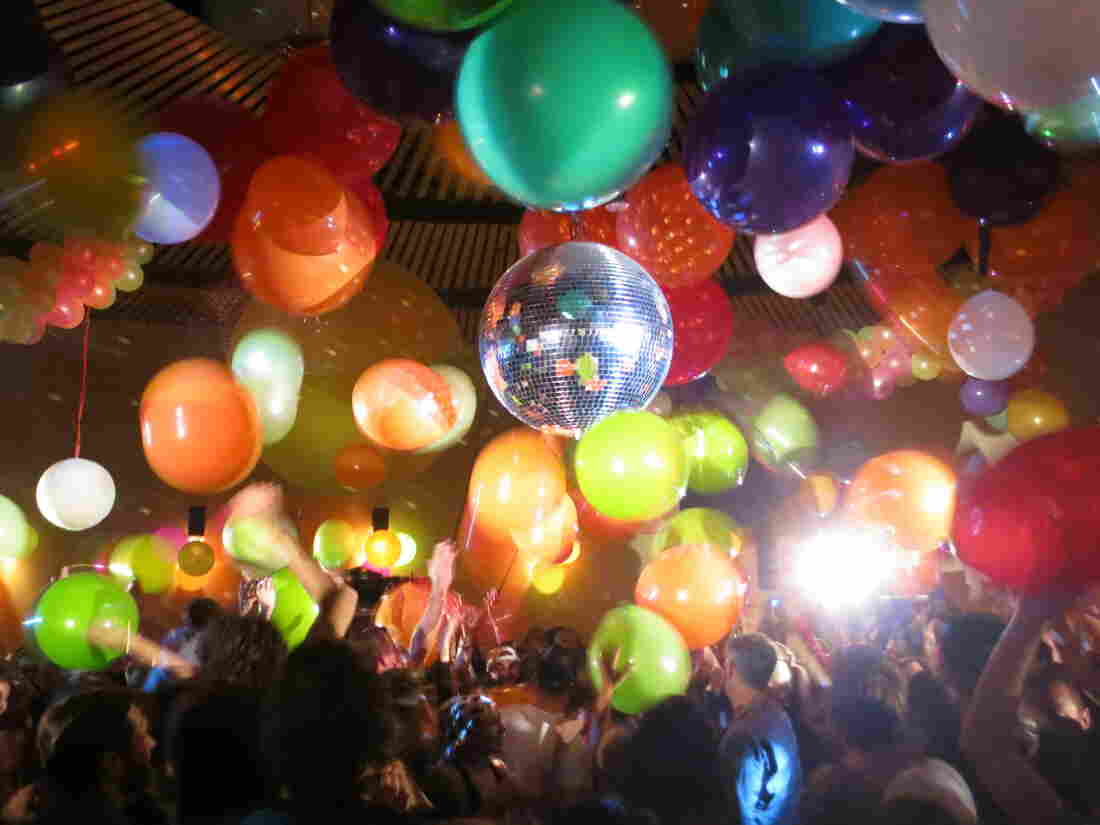 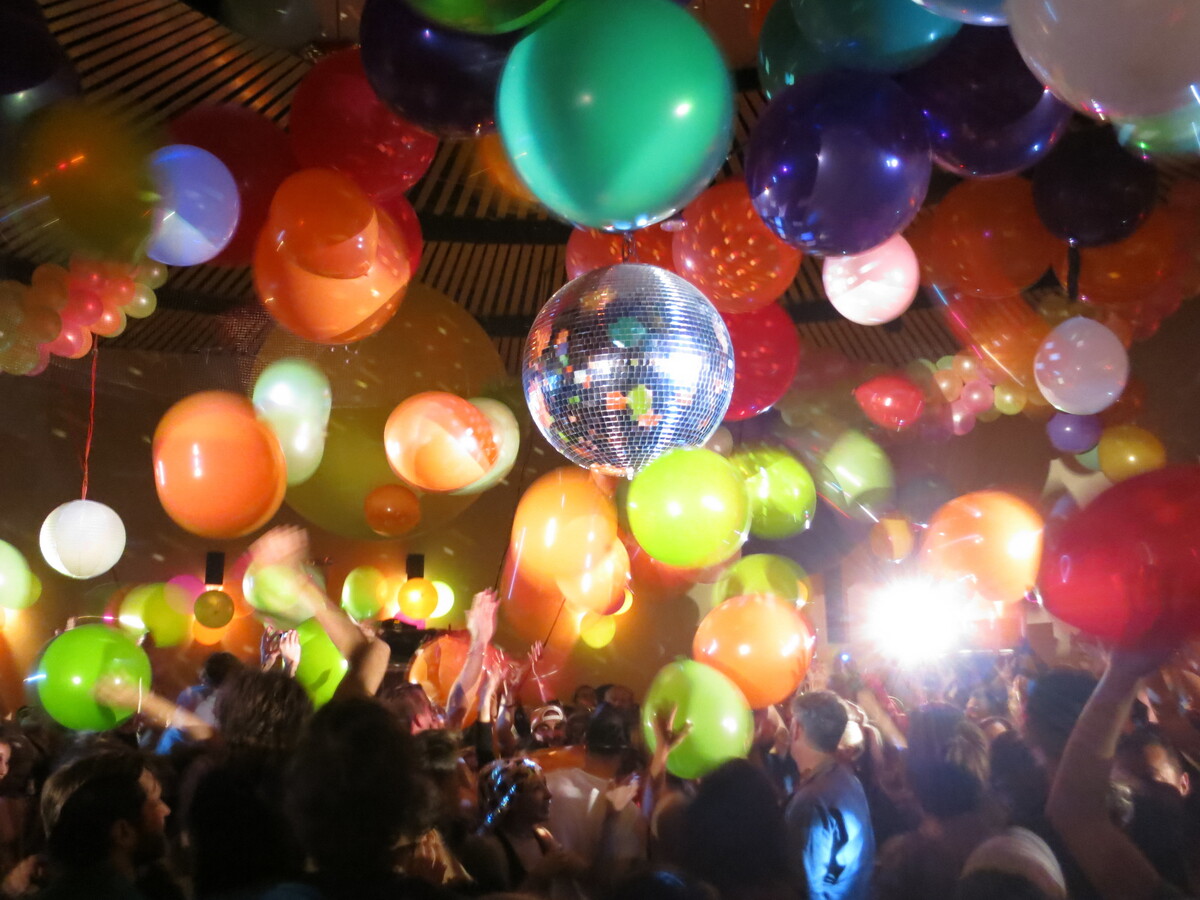 The Loft host David Mancuso famously dropped balloons from the ceiling during his dance parties.

In retrospect, the recipe for The Loft was rather simple: uplifting décor (the man loved a balloon drop!), people who trusted one another, good rhythmic music delivered over a great sound system, a mild social lubricant and the freedom of dance-floor movement. It also began out of necessity — not just because Mancuso needed to utilize the long-standing, now-lost tradition of the rent party to cover the monthly check to the landlord, but because in 1970, mere months after the Stonewall uprising, there were still laws against men dancing with one another. In fact, the very notion of the modern discotheque hadn't been invented yet — until The Loft.

Mancuso's "host"-ness — or more precisely, his notion that music could matter as more than just background — was the secret ingredient. His description of a moment of powerful clarity at the first Loft party, from Lawrence's Love Saves the Day, speaks volumes:

"No way did I want to be a disc jockey," he says. "I only did it because I used to hang out with these people all the time so I knew what kind of music we liked." However, as the dance floor began to respond to his selections Mancuso realized that he could communicate with his guests after all—through music—and as his apartment started to steam up he ripped off his t-shirt, abandoning himself to the psychic stream of the party. "We were on the same wavelength," he says.

Under Mancuso's watchful eye, The Loft became a contemporary update on the Dionysian feast, albeit with a definitive layer of ethics and Buddhist aspirations, a mixture of holy spirits and his concept of the "third ear." And the people who passed through The Loft — not just the endless parade of DJs, but people like Robert Williams, who moved to Chicago and went on to open clubs such as Music Box and The Warehouse, the birthplace of house music — returned to the world armed with its insights.

No way did I want to be a disc jockey ... I only did it because I used to hang out with these people all the time so I knew what kind of music we liked.

Mancuso was central to other, adjacent breakthroughs in dance-music culture: the invention of the record pool (wherein record companies serviced DJs with 12" records), the improvement of club sound systems and even his discarding of the mixer as a DJ tool. But all these seem to pale in comparison to The Loft: inside baseball versus the book of rules, ones that he abided by the rest of his life.

Unlike most rule-makers, who begin to revel in a certain kind of influence and power over an audience, Mancuso understood that by keeping his aspirations pure, he'd never be able to turn on the masses. He'd even made peace with it. In 2007, when Lawrence asked him about the importance of keeping The Loft private and intimate, as opposed to touring it through multiple locations for bigger audiences, the answer was startling. "For me the core is about social progress," Mancuso said. "How much social progress can there be when you're in a situation that is repressive? You won't get much social progress in a nightclub. ... It's also extremely important to me to avoid economic violence ... having to pay five dollars for water, never mind ten dollars for a drink."

Even in recent years, after Mancuso pulled himself away from The Loft, the party has retained its soul, with folks who've been attending for much of its 46-year run rubbing shoulders with younger generations, some of New York's best DJs, minor but well-informed celebrities, friends you'd lost touch with. I'd not seen Mancuso play records there in five or six years, but its spirit of dance-floor freedom and connection is still unwavering. It's now DJ'd by a great cross-section of old Loft-heads, protégés and acolytes, all of whom continue to serve the party's musical ideals while also updating it ever so slightly. It reflects the moment as only a party founded on ancient roots can.

The last one before Mancuso's passing took place in mid-October, on the same night as the second presidential debate, which most attendees were obviously trying to escape. Around the time the two candidates were beginning to attack each other, the tag-teaming DJs, Douglas Sherman and Colleen "Cosmo" Murphy, played a two-fer of Rare Earth's live rendition of the Temptations' "Get Ready" into the Stones' "Sympathy for the Devil" to a fiercely intense dance floor. It was an incredible Loft moment, and hence an exquisite Mancuso moment — the record selections speaking to the dancers, the hosts using music to prepare the listeners for whatever life had in store for them. Everybody was smiling.