Accessibility links
Even With Travel Ban Blocked, Artists Are Still Left Hanging : The Record Musicians form an important cultural conduit between the U.S. and the seven countries included in the ban. Despite judicial stays upheld on appeal, artists still can't hit the road. 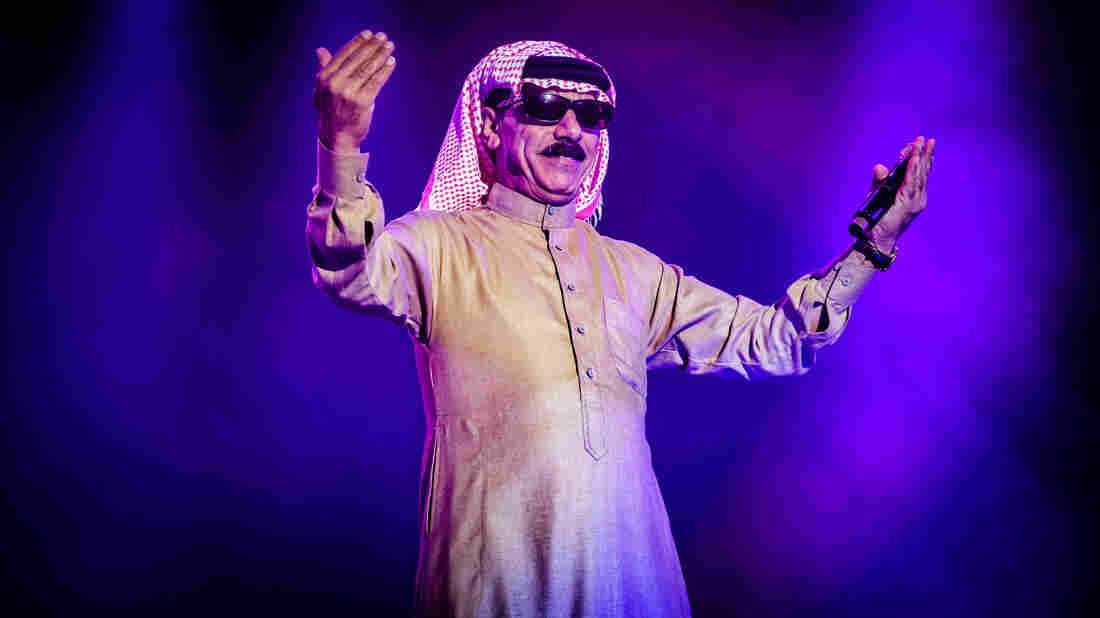 Syrian singer Omar Souleyman (performing here in Malmö, Sweden, in August 2016) is among the musicians whose performances in the U.S. have been left in limbo. Pacific Press/LightRocket via Getty Images hide caption 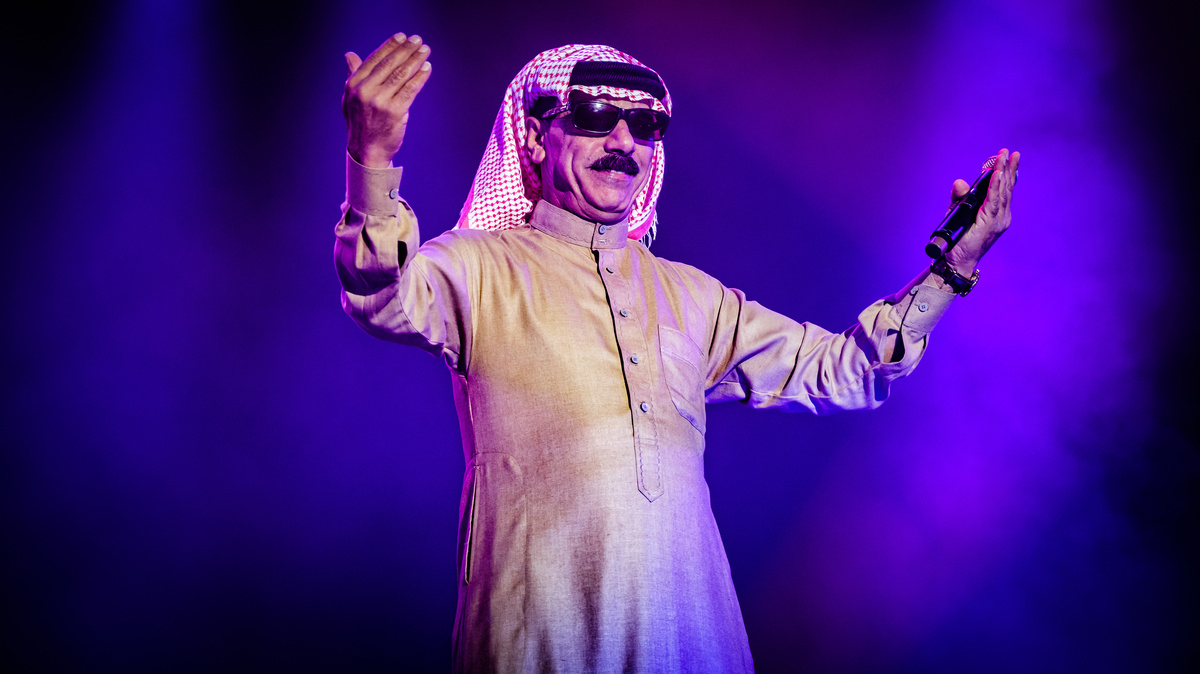 Syrian singer Omar Souleyman (performing here in Malmö, Sweden, in August 2016) is among the musicians whose performances in the U.S. have been left in limbo.

President Trump's executive order on immigration restricting travel to the U.S. for travelers from seven Muslim-majority countries led to a firestorm of criticism, lawsuits and injunctions by five federal judges staying the order. But questions remain about who can and can't come to this country. Among those caught in the confusion are a number of prominent musicians, whose personal lives — and livelihoods — have been put on hold.

Omar Souleyman is a Syrian singer who in recent years has collaborated with Björk and performed at the Nobel Peace Prize concert. Five years ago, he moved to the southeast of Turkey to avoid the war at home in Syria.

Souleyman has a new album on the way, and he was planning a U.S. tour to promote it. He's toured the U.S. 16 times before. This time around, says his manager, Mina Tosti, they were planning tour dates in New York, Detroit, Los Angeles and Arizona, and were in the thick of planning an appearance at the SXSW festival in March as well.

The visa paperwork for this trip was already well underway when the executive order was announced. When Tosti visited the homepage of the U.S. Embassy in Ankara last week, she saw this notice: "'If you already have an appointment scheduled,'" she reads aloud, "'please DO NOT ATTEND.' Capital letters."

She says there's an unspoken message behind those words: "You are not welcome. Do not come near us."

Now that the order is in limbo, Tosti is not sure what to do. Neither is immigration lawyer Matthew Covey, who heads a U.S. nonprofit called Tamizdat that advocates for foreign artists and helps facilitate their visa applications.

"For the arts, it's really not a resolution at all," Covey asserts. "Because at least for performing arts programmers, the temporary restraining order is just that. We don't know when or if it will disappear, and we'll go back to the ban. So if you're running a performing arts organization here in the U.S., and you're trying to figure out who to book for June, July, even for March — there are very few presenters who are going to risk contracting with an artist from one of the seven countries now for any point in the foreseeable future."

Among those left hanging are some of the world's top musicians. Kayhan Kalhor is a virtuoso of the Persian kamancheh, a bowed stringed instrument. Kalhor is a four-time Grammy Award nominee and a longtime collaborator of cellist Yo-Yo Ma.

Kalhor was born and raised in Iran, but he is a Canadian citizen — and he lives in California. Right now, he's on tour in Iran. Isabel Soffer was hoping to help him tour the U.S. in May. She's an American who produces concerts and festivals across the country and works extensively with artists from the Middle East.

"So many of these incredible artists from all over the world are doing this dance," Soffer observes, "because so many of them have complex lives based around mobility. Where do they belong? Where do they live? What passports do they have? How do they function?"

Mahdyar Aghajani is an Iranian producer and composer best-known in this country for his score for the film "No One Knows About Persian Cats" – a "near-documentary" about Iran's banned underground music scene.

"Until two years ago," Aghajani says, "we were considered satanists."

He's now based in Paris. Speaking via Skype, he says he still manages a hip-hop collective called Moltafet back home. "They cannot work in Iran," he says, "because the government is against them, so they're illegal. They cannot officially monetize their music."

So Aghajani was hoping to bring Moltafet to the U.S., to reach both the Iranian diaspora here and mainstream hip-hop fans. "And we had so many states [as] part of the tour," Aghajani says, "and now this thing has put everything on hold, basically, because half our plan is now nothing."

Aghajani says that as an Iranian artist, he's already had to figure out how to knock down official hurdles. And he thinks that what he and his friends have gone through can be a model for others.

"The borders, they cannot stop us," Aghajani says. "Right now, with all this technology, we don't have to physically be there to do a show. I mean, you've got projection to hologram to augmented reality, virtual reality, all these streaming services. There's so many technologies right now that we have access to, that I think the artists should be creative, like they shouldn't be scared or hopeless or anything like that. Imagine if I had this mentality — we had Ahmadinejad. I know Trump is very bad and everything, but Ahmadinejad was way crazier, I think!"

For now, attorney Matthew Covey of the organization Tamizdat is offering to prepare and file visa applications, pro bono, for artists from any of the seven countries named in the executive order, no matter what happens.