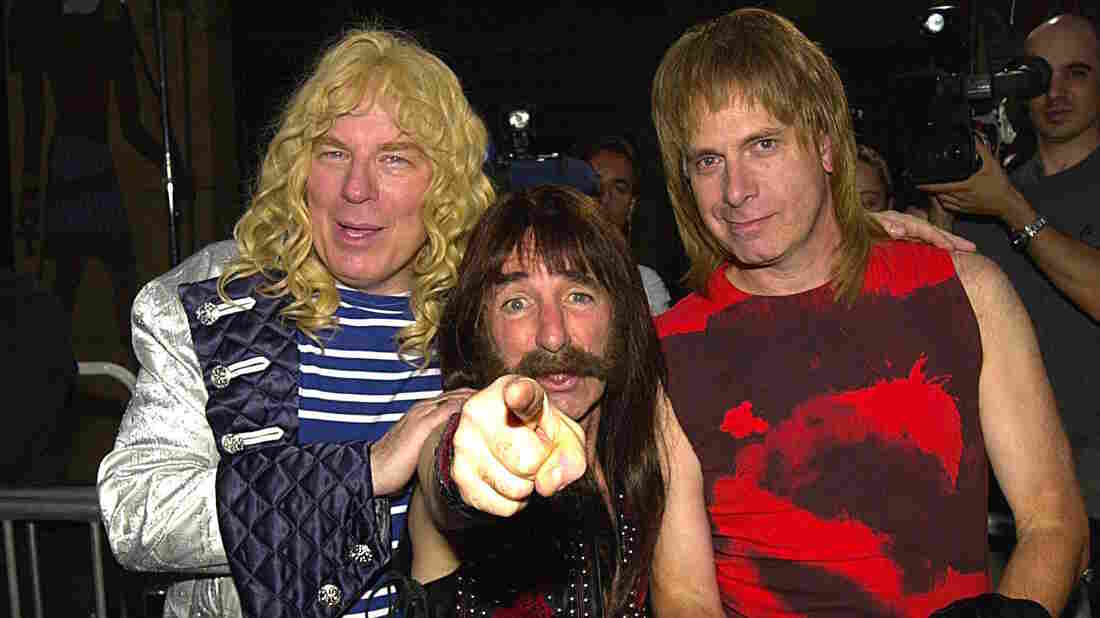 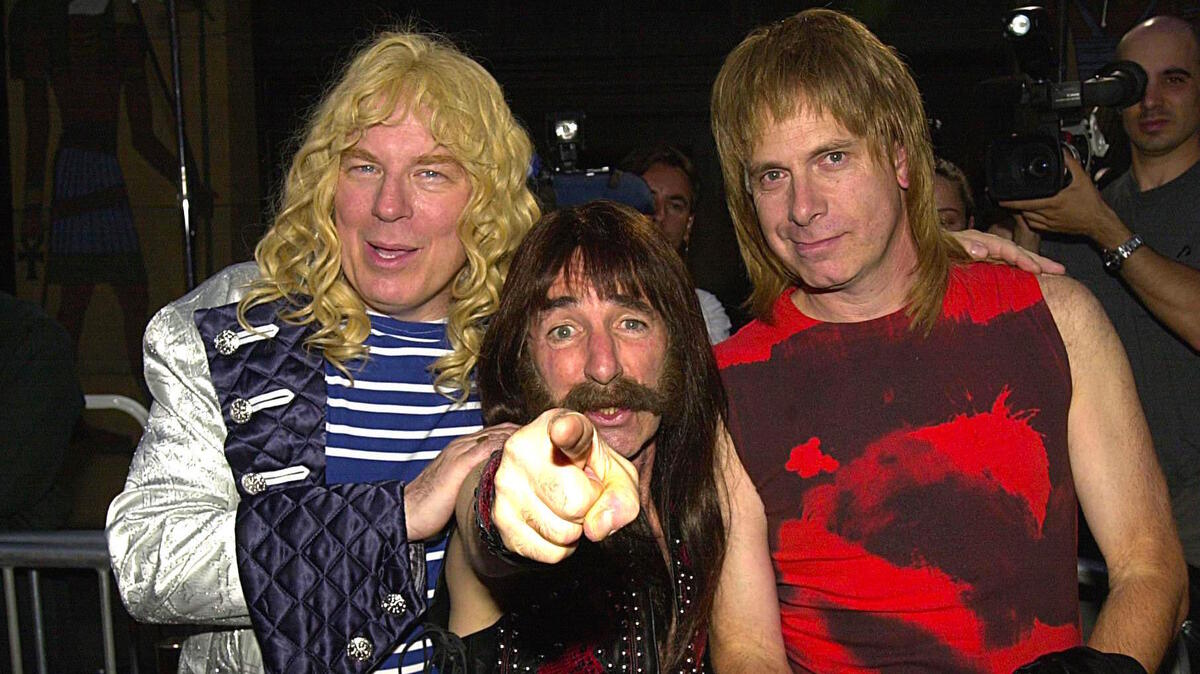 Michael McKean, left, Christopher Guest, right, and Harry Shearer at the re-release premiere of This Is Spinal Tap, Sept. 5, 2000.

The band is back together. This Is Spinal Tap's three stars and director have united to sue the movie's owner for $400 million.

Harry Shearer, who played Spinal Tap bassist Derek Smalls in the film, originally filed suit against Vivendi (which now owns the rights to the film following a series of acquisitions) in October 2016, seeking $125 million in damages. That suit, as a filing in California on Tuesday outlined, alerted Spinal Tap's other stars — director Rob Reiner, director and comedian Christopher Guest and actor Michael McKean — to Vivendi and its subsidiaries' alleged contractual improprieties. The trio has now joined Shearer's suit, which now seeks "no less" than $400 million in compensatory and punitive damages from the Paris-based media conglomerate. Shearer, McKean, Guest and Reiner are all credited as co-creators of This Is Spinal Tap.

The new filing claims that, between the film's release and 2013, the four were paid $81 in merchandising royalties and $98 in music royalties, despite their having also co-composed the film's songs. They claim they're entitled to 50 percent of songwriting royalties, as well as a 5 percent performer royalty and a 3 percent producer royalty, as per the initial contract. The four, equally split partners in Spinal Tap Productions, also claim to have been entitled through that company to 40 percent of net receipts from the film and its merchandise.

"What makes this case so egregious is the prolonged and deliberate concealment of profit and the purposeful manipulation of revenue allocation between various Vivendi subsidiaries," Rob Reiner wrote in a statement on the case, "to the detriment of the creative talent behind the band and film. Such anti-competitive practices need to be exposed."

The suit had its genesis in a London meeting between Shearer and Vivendi executive Rob Halpern ahead of the theatrical re-release of This Is Spinal Tap, in which Shearer suggested the marketing and distribution be handled by a "boutique" firm. Halpern, according to Shearer, instead hired the subsidiary of major film company Metro-Goldwyn-Mayer. "Mr. Shearer knew then that Ron Halpern was mendacious," the suit reads.

It wasn't until over a decade later, after Shearer had reviewed in 2013 a report on the accounting and contracts of Spinal Tap, that he was alerted to Vivendi's alleged mishandling of the money owed its creators.

Shearer, Reiner, Guest and McKean accuse Vivendi of misrepresentation and "straight-lining" — a practice by which licensing fees are assigned in a batch, with hits like Spinal Tap bundled alongside less successful works, thus underrepresenting their value — as well as breach of contract, among other charges.

A request for comment by attorneys for Vivendi was not immediately returned.