Accessibility links
The Shaggs, The Best (Or Worst) Band Of All Time, IS Back : The Record The confounding cult band The Shaggs — a trio of New Hampshire sisters who made a single album and then disappeared — are performing at Wilco's Solid Sound Festival.

The Best — Or Worst — Band Of All Time Is Back

The Best — Or Worst — Band Of All Time Is Back 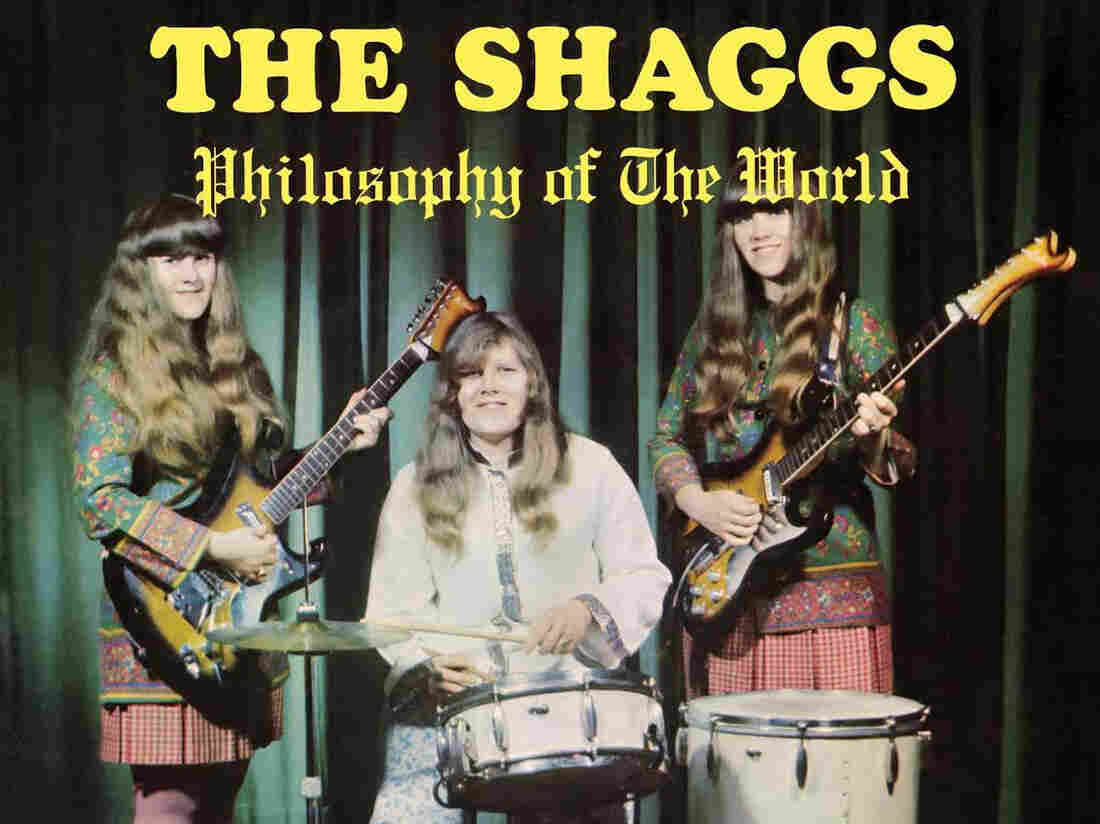 The cover art from The Shaggs' inadvertently landmark 1969 album, "Philosophy of the World." Courtesy of the artists hide caption 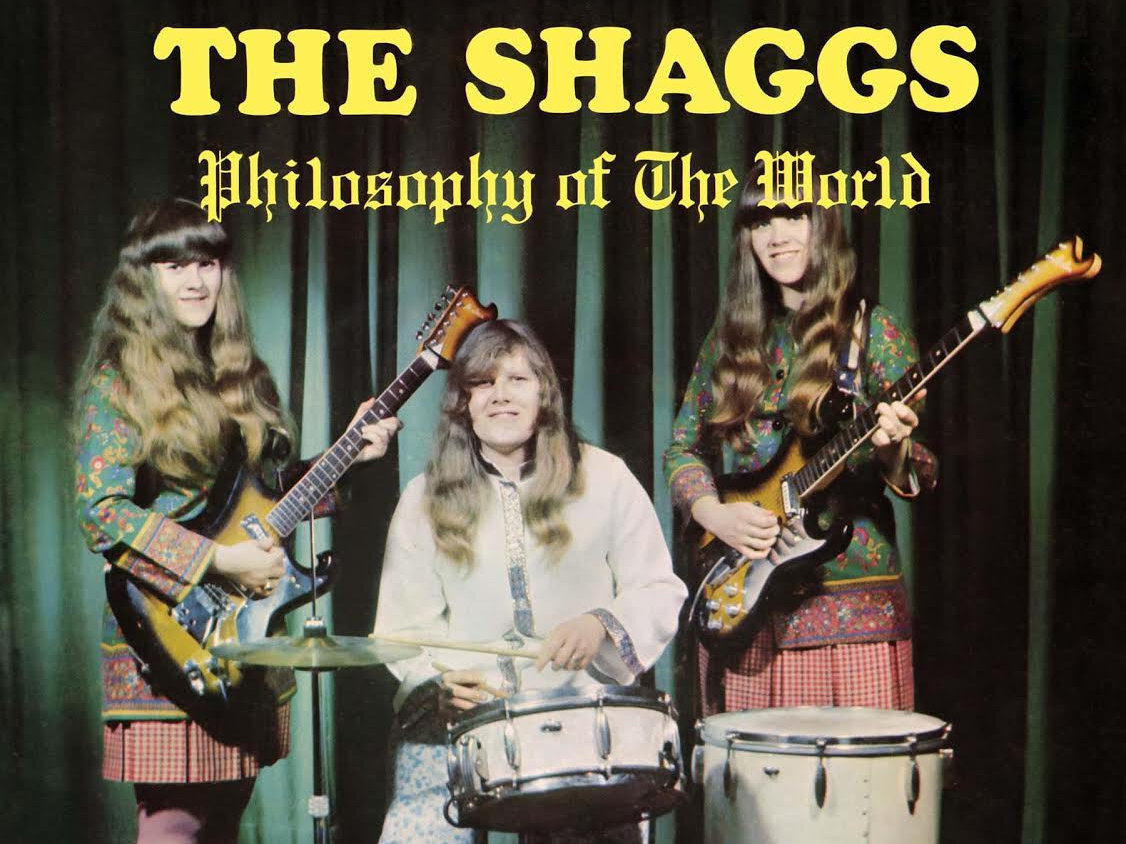 The cover art from The Shaggs' inadvertently landmark 1969 album, "Philosophy of the World."

A 1960s cult favorite is back: The Shaggs are going to be performing in June at Wilco's Solid Sound Festival in North Adams, Massachusetts.

The group came together in 1968 at the insistence of their father, Austin Wiggin, who claimed his mother had foretold that someday he would have daughters who would have a band.

To fulfill his vision, Austin prevented the girls from going to school, kept them from making friends outside the family, and — perhaps counterintuitively --wouldn't allow them to listen to music, as the sisters told BBC 4 interviewer Jon Ronson in 2011.

To make his dreams come true, Austin made them practice day and night and staged weekly shows for them in their small town of Fremont, New Hampshire. The Shaggs' lyricist was sister Dot, who wrote about situations like looking for her missing cat, Foot Foot.

Eventually, in 1969, Austin Wiggin paid for The Shaggs to record an album that became an outsider classic: Philosophy of the World. Of the 1000 LPs pressed, 900 were said to have been stolen by the album's producer, though that is unsubstantiated. Perhaps unsuprisingly, the Shaggs stopped performing publicly after their father's death in 1975.

Those remaining 100 copies of Philosophy of the World — and the sisters' thoroughly off-kilter, atonal, and arrhythmic songs — became legendary. They were hailed as proto-punk pioneers. The Shaggs fans included Frank Zappa, who is often quoted as having called them "better than The Beatles" (a possibly apocryphal claim that gave the name to an alt-rock Shaggs tribute album) as well as members of the band NRBQ, including pianist Terry Adams. NRBQ asked The Shaggs for permission to reissue songs from their professional and home recording sessions and to make Philosophy of the World commercially available again, and resulted in Red Rooster/Rounder reissuing the album in 1980.

Shortly after that reissue, critic Lester Bangs wrote about The Shaggs in The Village Voice: "They recorded an album up in New England that can stand, I think, easily with Beatles '65, Life with the Lions, Blonde on Blonde, and Teenage Jesus and the Jerks as one of the landmarks of roll'n'roll [sic] history ... They can't play a lick! But mainly they got the right attitude, which is all rock'n'roll's ever been about from day one."

Interest in the Wiggin sisters has continued to percolate over the ensuing decades. In 1999, the label RCA Victor re-re-released Philosophy of the World; later that year, the New Yorker writer Susan Orlean profiled the trio in a feature that began: "Depending on whom you ask, the Shaggs were either the best band of all time or the worst ... Such a divergence of opinion confuses the mind. Listening to the Shaggs' album Philosophy of the World will further confound." A short-lived, off-Broadway musical about their life was produced in 2011.

The last time that The Shaggs have played together publicly may have been in 1999, at an NRBQ 30th anniversary show. Dot Wiggin released a solo album Ready! Set! Go! in 2013.

The Solid Sound Festival is curated by the band Wilco, and takes place on the grounds of the Massachusetts Museum of Contemporary Art (MASS MoCA). This year's Solid Sound headliners include Television, Kurt Vile and the Robert Glasper Experiment as well as Wilco.

The Shaggs' booking at Solid Sound was earlier reported by Consequence of Sound.