Accessibility links
Predicting The Future: With 'HNDRXX,' Mixtape Culture Infiltrates The Music Industry : The Record HNDRXX is Future's second major-label release in two weeks. Could flooding the market be the new model for an industry coasting on antiquated release strategies?

Surprise releases have been done to death. What's next? 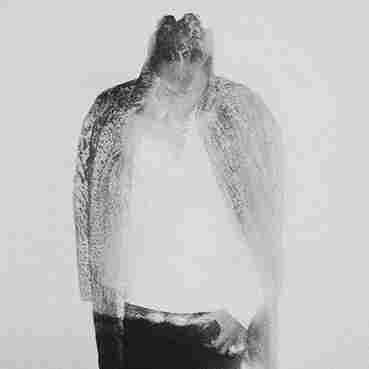 The cover art of Future's HNDRXX, released just one week after his chart-topping self-titled album. Courtesy of the artist hide caption

The industry has finally seen the light... at least, that's one way to interpret Future's second major-label release in the span of two weeks.

That second album, HNDRXX, is the "album I always wanted to make," he wrote in an Instagram post and, as its famous features including Rihanna and The Weeknd seem to show, is said to be more radio-ready than last week's FUTURE. And get this: There are already unconfirmed reports that the Atlanta rapper and his label Epic will follow up this second release with a third album.

While this windfall means plenty of new Future for fans to digest, it also begs a question: What does this disruption to old release strategies suggest about the present and future of the industry?

After years of pushback, the suits in the c-suites may be ready to take their lead from the streets by flooding the market with product. Multiple releases within short windows — traditionally viewed skeptically by an industry which saw them as potentially devaluing and shortening a given album's lifespan — have always been embraced in hip-hop's mixtape culture. Toronto rapper Tory Lanez kicked off 2017 by releasing two mixtapes on New Year's Day, repeating the same trick from one year prior. The notoriously prolific and independent-labeled Lil B has released more than 50 in the past decade (and only one album).

Even before the internet, the immediacy of mixtape culture has always been an inseparable part of its appeal. The digital market is essentially built on the same innovation. The industrywide shift to streaming which has almost fully supplanted the model of selling music in units, has enabled — and required — labels to become nimbler. But the strategy could also signal the industry's growing desperation to command attention in a saturated market. Now that unannounced album releases have become the norm, multiple drops could be the new way to grab attention. (As the existence of this article shows, it's clearly working to some degree.)

Hip-hop certainly isn't new to multiple album releases — but it looked a lot different 20 years ago.

In 1998, DMX became the first living rapper to release two albums in the same calendar year, both of which debuted at No. 1 on the Billboard 200. (Tupac was first in 1996, with the posthumous release of The Don Killuminati: The 7 Day Theory nine months after double-album All Eyez On Me.) DMX garnered a $1 million bonus from his label for doubling up with the release of It's Dark and Hell Is Hot and Flesh of My Flesh, Blood of My Blood in one year, helping to drive up the value of Def Jam and putting in the perfect position to negotiate a then-hefty $100 million buyout from Universal Music Group the following year.

Future heightened his own stock with a three-mixtape buildup to his third major-label release, DS2, in 2015 — the preceding tapes were so popular that the album itself was essentially a best-of-the-three compilation. That in itself was different from classic label strategy, which typically forces artists to craft more rhythmic and radio-friendly songs for stronger commercial appeal. Epic's L.A. Reid learned this lesson after trying that approach on Future for his sophomore album Honest, which generated disappointing first-week numbers a year prior to DS2. When Drake and Future collaborated to release What A Time To Be Alive later in 2015, it was planned as a mixtape. But Reid, smartly, insisted it be sold as a label release — as a result, it became Future's third to debut at No. 1 on the Billboard 200. Last week, FUTURE became the fourth.

Reid and Epic are certainly banking on HNDRXX repeating that success — which would be unprecedented. If so, multiple album drops truly could become the wave of the future.