Accessibility links
The Struggles Of Austin's Music Scene Mirror A Widened World : The Record As the face of Austin's music office prepares to depart, the city's problems and successes may offer a lesson for the world at large about globalization and technology.

The Struggles Of Austin's Music Scene Mirror A Widened World

The Struggles Of Austin's Music Scene Mirror A Widened World

As the face of Austin's music office prepares to depart, the city's problems and successes may offer a lesson for dealing with globalization and technology. 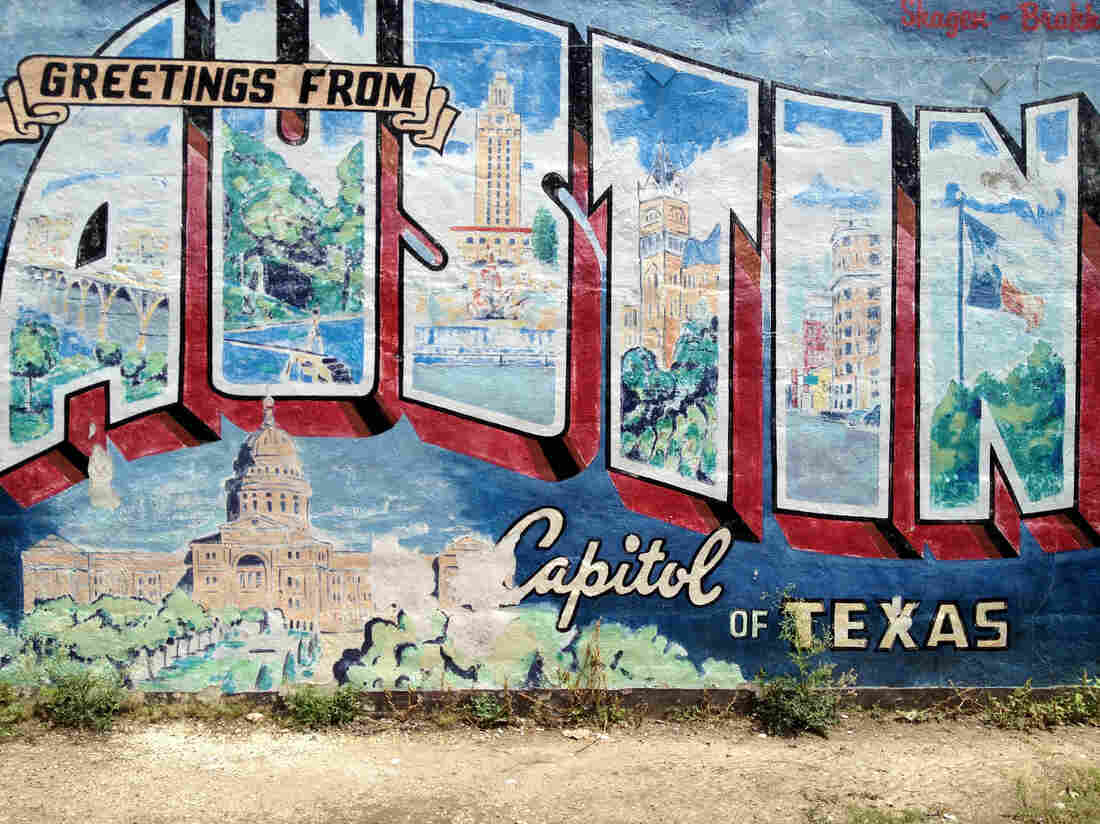 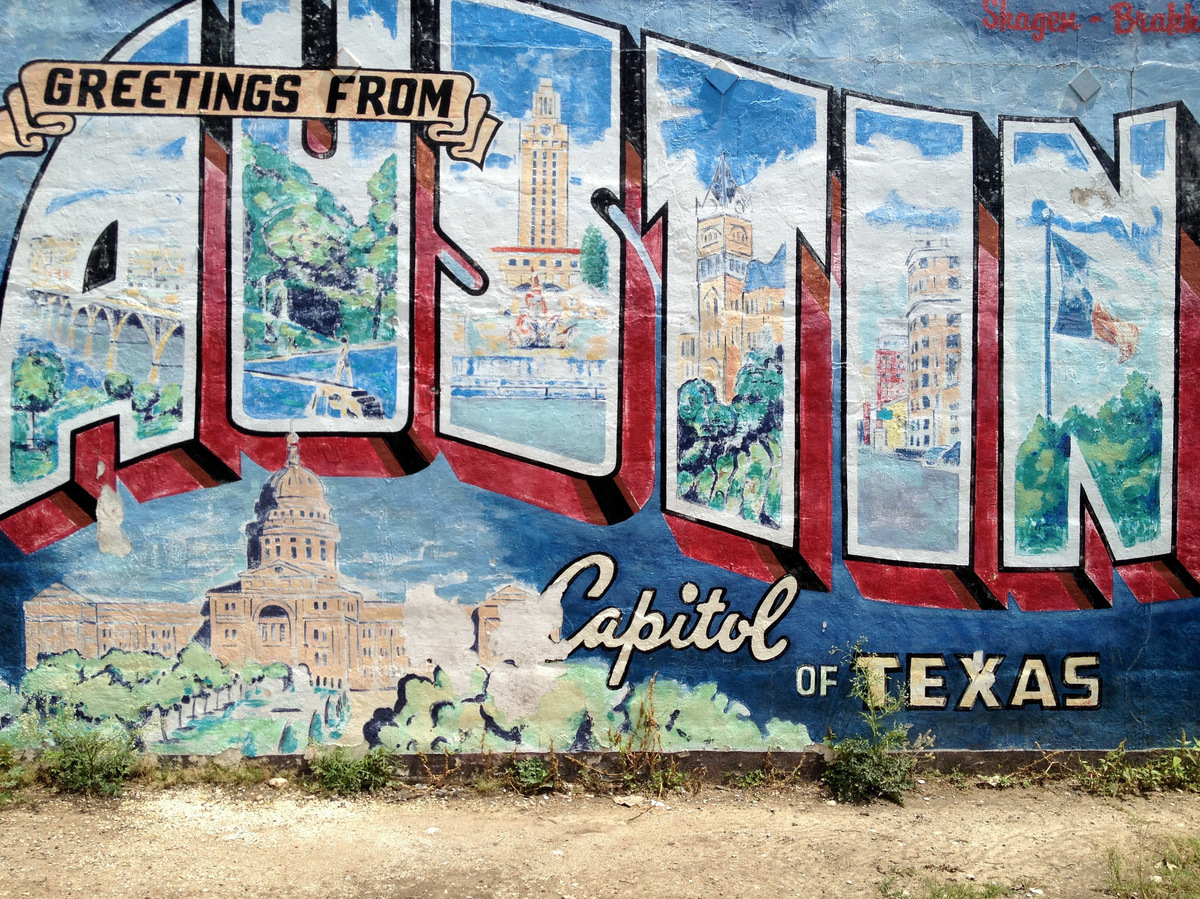 Welcome to Austin, capital of Texas.

The Austin music industry isn't whole. The business underlying "The Live Music Capital of the World" stands bifurcated between its lucrative festivals (SXSW principally, but Austin City Limits, Fun Fun Fun Fest and others, too) and, as studies have found, a dwindling local music scene. Austin didn't become the self-styled "Capital" solely by hosting a handful of gargantuan events, which were first born from and since have capitalized handsomely on Austin's brand to increase their now-global footprints, which have drawn outsized attention to the city. These large events and a rapidly expanding population have put an unintended strain on the infrastructure of the local music scene which helped create them and on which they still rely — it's hard to throw innumerable shows, as during SXSW, in a city with fewer and fewer venues to put them in.

Austin musicians' "main source of income," says Don Pitts, is "through live performance. Anyone who's been keeping an eye on live performance on a local level sees that it's continuing to go down year after year." As the founding face of the city government's Music and Entertainment Office, Pitts has been in a centralized orbit around the problem of trying to balance these disparate sides of Austin's coin.

Since mid-January, Pitts, who began working for the city in 2010, has also been mired in a mini-controversy after being placed on paid administrative leave pending an investigation by the Office of the City Auditor. Last week, as the Austin-American Statesman reported, he resigned. On Feb. 20, city auditors made public their findings — that Pitts had not properly reported to his superiors the existence of a circuitous and fraudulent scheme by an employee set on getting reimbursed for $2,500 in travel costs to a business conference.

The investigation, while precipitating Pitts' resignation, was hardly damning — he's already back on the job. (At least for the next two months.) "I was happy to see the relationship wasn't ending as abruptly as I thought when I read his letter of resignation," Austin Mayor Steve Adler tells NPR. "I'm convinced that Don remains committed to this city, to keeping it special, to growing the music industry vertically, so that you can play in your garage at 16, in a club at 22 and be in your early 40s and still support your family [while working in music]." (SXSW also sent a letter on his behalf — as did his counterpart in Seattle.)

During his seven years inside Austin's city government, Pitts was something of a trailblazer, tasked with diagnosing and treating the many problems facing the music economy, large and small, there. In no small part, Pitts' work culminated in the voluminous Austin Music Census he commissioned and released in 2015. It found that, as revenues continued to grow for the larger events, the city was bleeding jobs within the local music economy.

"We were seeing a real decline across the board in what we called our primary music economy. At the same time, we were seeing an uptick in revenue from the festival economy. SXSW, Austin City Limits — those folks were doing really well," says Jennifer Houlihan. She is the former executive director of a local music industry advocacy group, Austin Music People, and now the director of business development of a local music business, Nomad Sound. Houlihan worked with Pitts during her time with Austin Music People.

"As Austin has become more expensive and attractive — particularly to tech companies," she continues, "a lot of our folks [members of the local music industry] that work for tips and minimum wage can't afford it anymore." She says the city is losing its largely middle-class creative folks to the suburbs. 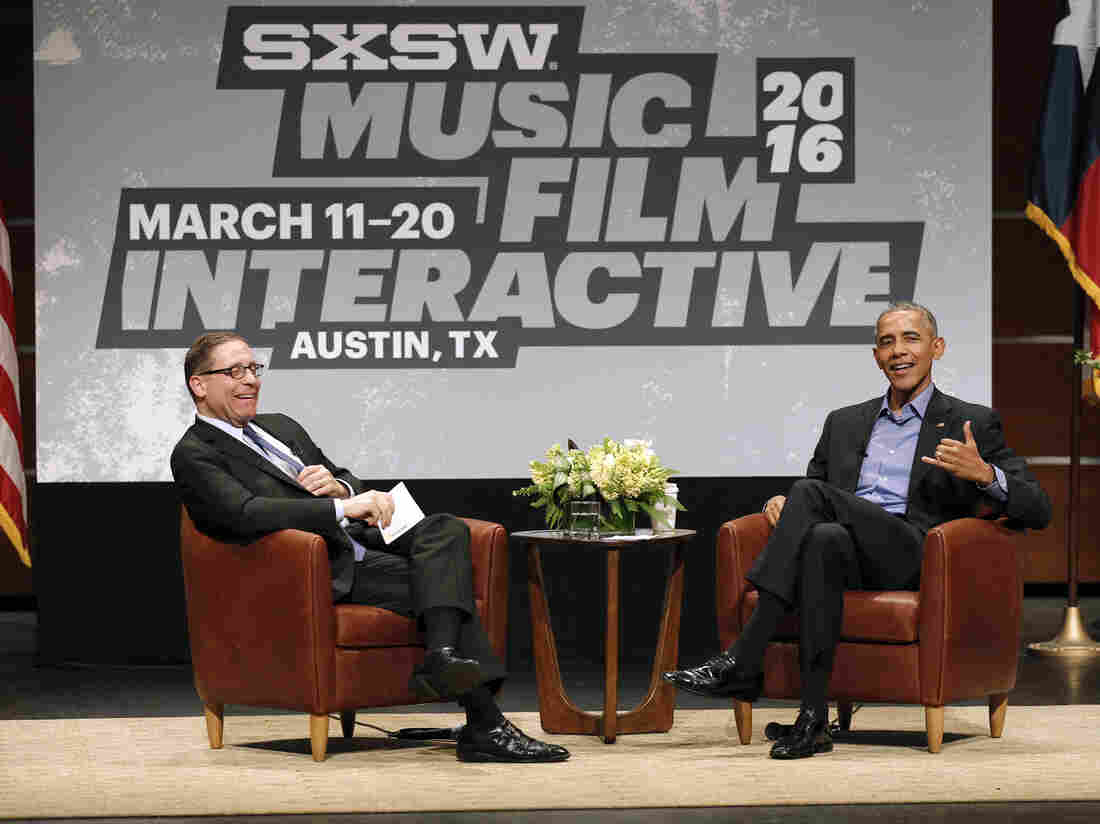 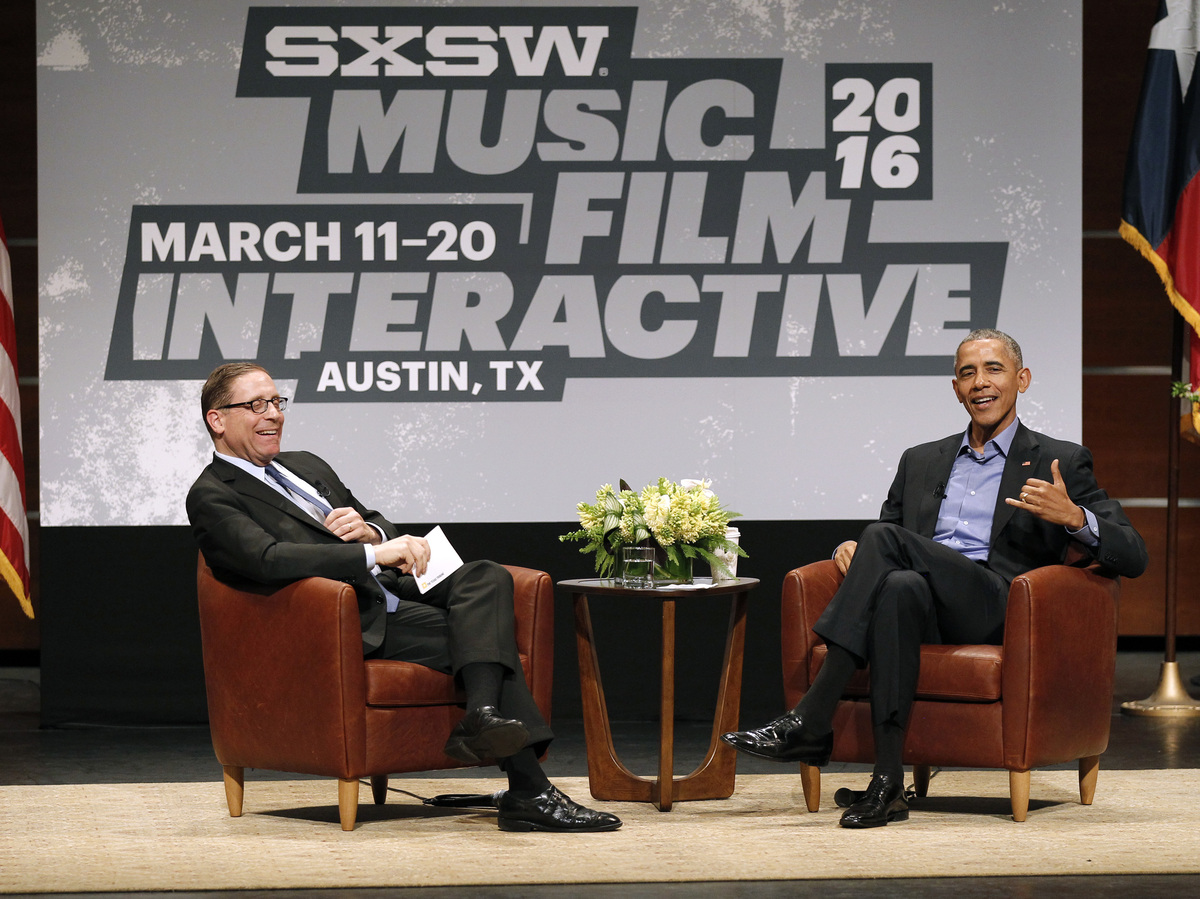 In a very real and useful way, the division within Austin's local music industry can be taken as a microcosm of the effects that technological globalization has on artists and creators. As the world of information — whether music, news, photography, writing — flattens from the top down, with global distribution readily available to anyone via technology, it may be getting less interesting from the ground up, as those same forces draw money away from the local scenes that have long incubated the creativity that people eventually enjoy globally. Similar parallels have been drawn between Facebook, which controls — curates, directs, if you prefer — much of what content people consume online ... but pays for none of its creation. Facebook and SXSW, disparate as they are, seem cut from a similar quilt in this context.

Tech companies like Apple, Google and Facebook — which all have significant footprints in Austin — receive a lot of the blame for Austin's culture crunch. As Mayor Adler pointed out, their employees are typically paid well, allowing them to bid very competitively on housing. "It's kind of like musical chairs," he says. "When 40 people are bidding on the only house that's available, that price is gonna go way up."

But of course, any city would welcome a reliable, well-paying and internationally known employer coming to their town — much as it would welcome an event like SXSW, which brings a similar economic impact to the city as "hosting the Super Bowl every year," Pitts says.

As well, these companies "contribute money into non-profits and community efforts," Adler points out.

Again, Austin-as-microcosm. Technology isn't going anywhere, but without a focus on grassroots creation and local vibrancy, much of its distributive value may wither, as creators are barred from growing into their own.

How to address the flattening? "We're no different," Pitts tells NPR, "than Seattle, or Chicago, even Nashville for that matter, if you focus on that local scene. If the industry is globalized, if technology has globalized the ecosystem, then you've got to think globally in return. I think that's where a lot of cities, including Austin, fall short."

To that end — and as that letter written on his behalf from the director of Seattle's Office of Film, Music and Special Events attests — Pitts fostered an informal coalition of knowledge sharing among cities having similar problems, to learn from each others' mistakes and replicate their successes. If the dominant methods of engagement go high, local scenes must keep their center of gravity low in response — picture the interlocking lattice of a safety net. It kind of resembles ... a social network.

Pitts, however, is no longer bullish on the ability of city governments alone to protect their cultural petri dishes. He plans on moving into the private sector. Asked whether the private sector is not the source of many of these problems, Pitts is pragmatic. "It is," he says, "but they also have a part to play. Identifying what part they play is key." Pitts hopes to act as a consultant to cities, and as a bridge between them and the more efficient private-sector systems that could reconcile the global and the local. It may be the only way forward.

As Bobby Garza, a former chief of staff to city council member Mike Martinez as well as general manager of the promoter Transmission Events, the company responsible for Fun Fun Fun Fest, puts it: "Music is such an integral part of the cultural fabric here that people assume it's just always going to be here. Part of our challenge as music advocates is to say actually, it might not be."

Replace "here" in Garza's quote with "everywhere" — the worry remains the same.