Accessibility links
Sexism From Two Leading Jazz Artists Draws Anger — And Presents An Opportunity : The Record A conversation between two leading jazz musicians led to a public debate over misogyny in the form on International Women's Day. 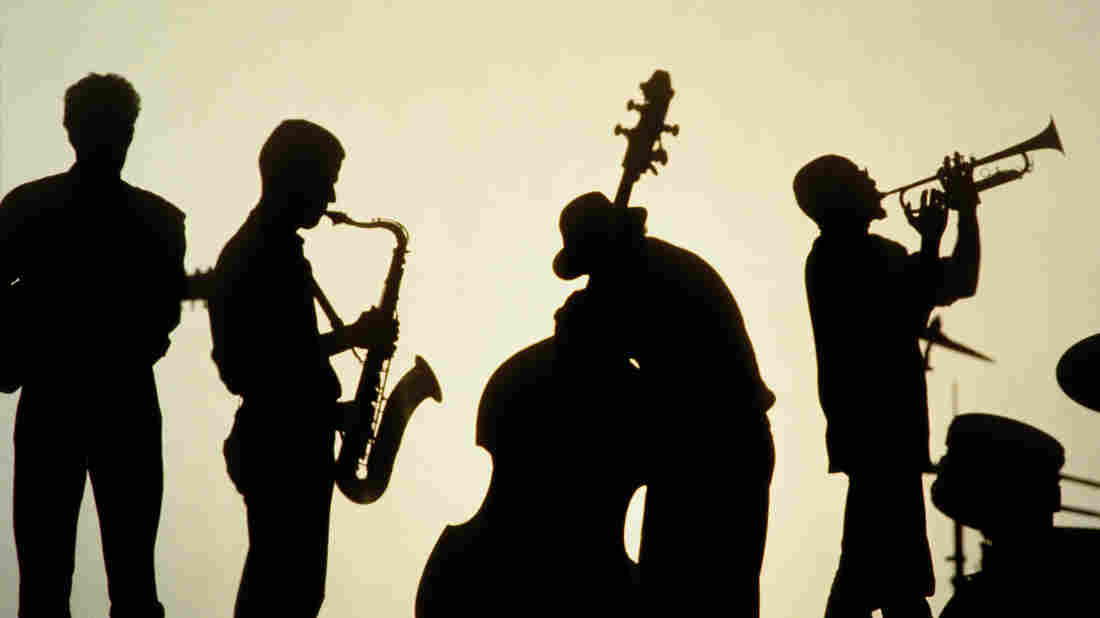 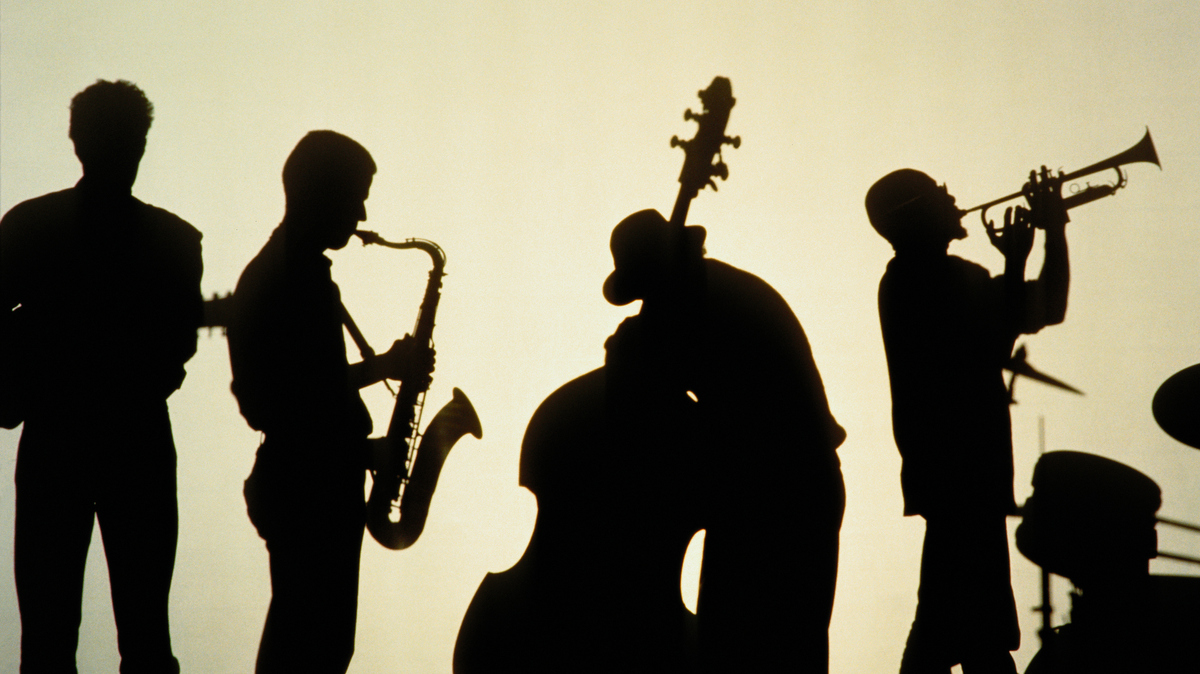 Yesterday, on International Women's Day, most of my friends were in full empowerment mode. They were sporting red clothes, naming their top five women artists, and posting photos of mothers and daughters. But over in the jazz world, International Women's Day was a little more ... awkward. We were busy attending to some much less celebratory women's business, a series of online events that we'll call the Saga of Musical Clitoris.

Yes, according to some, there is "musical clitoris" — though please don't worry if you've never found yours. It all began with a Robert Glasper interview published last weekend on Do The Math, the blog of The Bad Plus' pianist Ethan Iverson. The jazz world treasures Do The Math for its insightful content, particularly its revealing interviews, in which Iverson's status as a fellow musician is a clear advantage.

Midway through his interview, the charismatic Glasper decided to build some rapport with Iverson in a manner familiar to straight men the world over: by talking about how much the ladies love them. After asserting his own unusually authentic conversance in R&B, hip-hop and jazz, Glasper brought on the flattery: "I've had people tell me about your music. Like women you would think never listen to jazz: Young, fine, Euro chicks ask me, 'I heard this band, the Bad Plus, do you know them?'"

"I guess that's one of the reasons to play, really," replied Iverson. Yes, Iverson knew what Glasper was talking about. Glasper went on. "I've seen what that does to the audience, playing that groove. I love making the audience feel that way. Getting back to women: women love that. They don't love a whole lot of soloing. When you hit that one groove and stay there, it's like musical clitoris. You're there, you stay on that groove, and the women's eyes close and they start to sway, going into a trance."

Okay, it turns out I can't really explain "musical clitoris" as a workable phrase of the English language, even in context. It's just bad.

Glasper's comments came as a shock to exactly zero people who've spent any time in the jazz world. I've heard variations on the "women can't really follow jazz" theme ever since I first started hitting jazz clubs and loving extremely long solos. To be a female jazz fan and critic is to live with a frustrating irreconcilability: I have an intellectual passion for creative, complex music and, sometimes, the musicians who make that music doubt my ability to appreciate its creativity and complexity.

But I would like to thank Glasper for bringing up eroticism in jazz. Jazz fans too often cede bodily pleasure to more popular music, when jazz can also arouse the mind, body and soul. But there's no agency in Glasper's one-sided construction of female eroticism; asserting that women in general prefer groove to solos essentializes them as creatures of pure instinct. Conflating a musical mood with female anatomy makes women into passive vessels for male sounds. And how do female musicians figure in this gendered construction of improvisation? As Facebook commentators pointed out, Glasper didn't even seem to realize that a female musician might read what he had to say at all.

Still, even as social media criticized Glasper, it thanked Iverson for not editing Glasper's sexism out of the interview. Better to let us see, people said. The truth was certainly good for some retaliatory humor. "It is such a drag when someone starts doing a whole lot of soloing and just totally knocks me out of my cat-in-heat trance," commented one woman. Cultivating any feminist rage over ridiculous language like "musical clitoris" was certainly impossible for me—especially when that language came from a well-known provocateur like Glasper.

Unfortunately, it turned out Iverson was receiving some criticism for the Glasper interview himself. Even more unfortunately, Iverson reacted to this criticism by firing off a tone-deaf explanatory follow-up on his blog.

"I'm a liberal and I'm feminist; this is a case of other liberals and feminists seeing a weakness and attacking. This is part of why Trump won."

And thusly social media went from #smh to #facepalm. If we'd read Glasper's interview comments with disbelieving annoyance, we read Iverson's response with disbelieving outrage. Iverson's reply was a textbook defense of sexism: The notion that liberal politics somehow make men incapable of sexism is partly what mobilized women in the anti-war movement to initiate second-wave feminism.

Inevitably, Iverson's defensive position attracted some scrutiny. The jazz pianist Vijay Iyer, a MacArthur "genius" grant winner and Harvard professor, did some math on Iverson's blog and posted the results on Facebook: "'I'm a liberal and I'm feminist,' said a man who published interviews with forty-two men and zero women."

Ouch. (I'll admit right up front that I'd never noticed Iverson's omission of women.) As one Facebook commentator said, "Really, you have to wonder why there hasn't been ONE." She added: "This is the sort of thing we get used to, sadly." People by the hundreds liked Vijay's post and many women musicians thanked him for having the character to stick his neck out. But I also recognize that not everyone enjoys Iyer's relatively secure position in the jazz industry; not everyone has the prestige to weather the potential career backlash from calling out Iverson's hypocrisy.

Meanwhile, on Twitter, Glasper was not taking the high road: "'jazz police' are funny..if you love jazz so much stop whining about my quotes u don't understand and make a good album and stop sucking."

Iverson returned to his blog yesterday to cite his feminist credentials, but however legit those credentials may be they don't excuse him from taking responsibility for what he says and does. The many online apologists for Iverson and Glasper have been dismissing their sexist remarks as the clumsy gestures of good ol' boys. But inadvertently sexist remarks, like inadvertently racist remarks, can be more telling, because they often point to more fundamental and systemic discrimination. The jazz world has a right — and, some would say, a duty — to criticize speech that promotes sexist culture, whether that speech had a malicious or benign intent.

Iverson's harshness toward his critics may be having an even darker effect. In another follow-up post, Iverson said his online critics had taken the tone of a "hate mob who found their next victim." Most of us don't want to be part of a hate mob and, tellingly, there's been radio silence on this dustup from some typically opinionated members of the jazz industry. A fear to weigh in here would not be unfounded, as again, there could be negative professional repercussions for criticism of these powerful musicians.

For better or worse, the Saga of Musical Clitoris has been unleashed on the jazz world. I'm glad it has. Much feminist work in jazz has focused on the noble goals of celebrating the genre's marginalized women musicians and advocating towards equal representation for them on today's bandstands. As necessary as representation may be, this scandal reveals that the issue of women in jazz goes deeper, into a gendered construction of the music itself. We need an intelligent public discussion about gendered notions of jazz, and this hot mess might as well be the impetus for that discussion. As one female industry veteran said online, "it can take a bomb like this to reset course."

If anyone's still wondering why we need an International Women's Day, please check out the Saga of Musical Clitoris. Start here, or just keep your eyes open online. Fortunately for jazz, this tragicomedy is still unfolding, which means there's still time to make it count for something good.

Michelle Mercer reviews jazz and other music for All Things Considered.