Accessibility links
Three More SXSW-Bound Bands Denied Entry Into The U.S. : The Record The Egyptian-Canadian group Massive Scar Era, as well as London's Yussef Kamaal and United Vibrations, have been denied entry. The artists allege that racism was a factor in the denials. 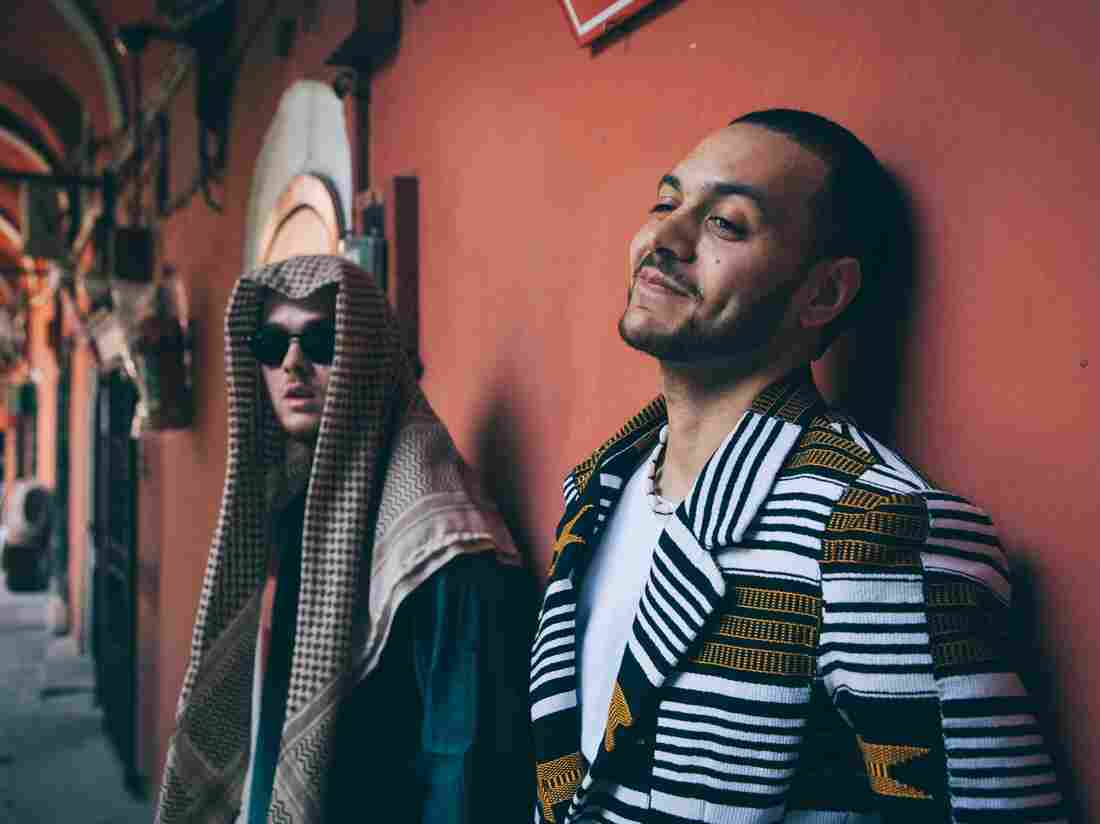 Kamaal Williams and Yussef Dayes of the band Yussef Kamaal. Dayes says that his visa to the U.S. for the SXSW festival has been revoked. Larissa Araz/Courtesy of the artists hide caption 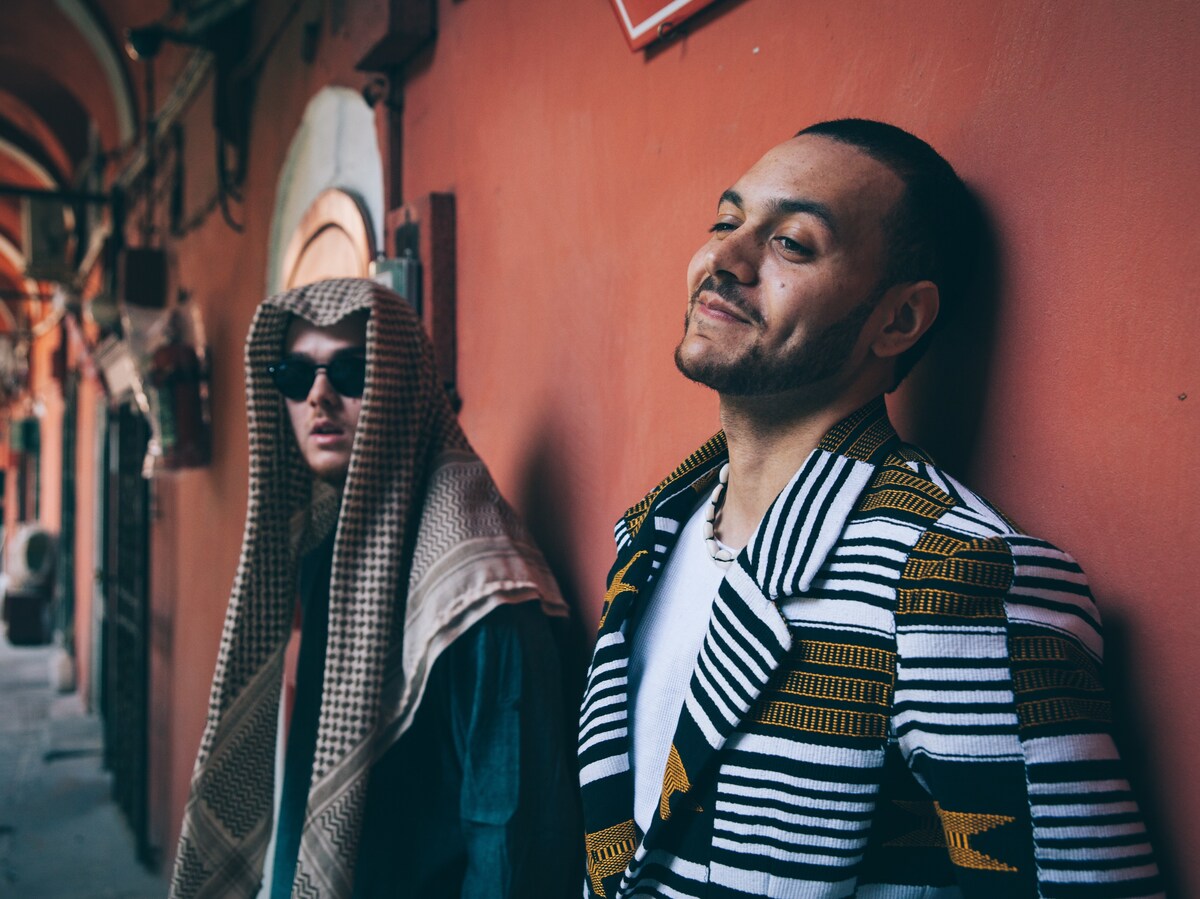 Kamaal Williams and Yussef Dayes of the band Yussef Kamaal. Dayes says that his visa to the U.S. for the SXSW festival has been revoked.

Larissa Araz/Courtesy of the artists

Three more bands have announced that they would not be performing at this year's South by Southwest [SXSW] music festival because their members have been prevented from entering the United States.

Why Was That Band Deported?

On Monday afternoon, the label Brownswood Recordings, founded by DJ, producer and broadcaster Gilles Peterson, announced that the drummer Yussef Dayes — who performs in two bands, the London-based duo Yussef Kamaal, which is signed to Brownswood, and United Vibrations alongside his brothers Ahmed and Kareem — had his "visa revoked at the 11th hour." The label added that Yussef Kamaal believes this decision "to be discrimination based on religion and race."

According to a statement from Brownswood, all three Dayes brothers, originally scheduled to travel to the U.S. on Tuesday, have had their status under the Visa Waiver Program (ESTA) revoked. United Vibrations also released its own statement on Monday:

"We are sad to announce we will NOT be performing at SXSW in Texas because our ESTA's have been revoked under the new Executive order. We were looking forward to connecting with our brothers and sisters stateside to share our music. Why weren't we let in? Our Names? The music? The color of our skin?"

The post-hardcore band Massive Scar Era, which is based dually in Vancouver, Canada and Cairo, Egypt, posted a video on Facebook very early Monday morning saying that its members were denied entry into the United States in advance of a planned showcase performance at SXSW.

The relevant material begins in the video at 1:33. In it, the band's songwriter, guitarist and vocalist, Cherine Amr, says that the group was denied entry at the U.S. - Canada border near Seattle because, as performing artists, a CBP officer told the group that it needed to enter the U.S. with P-2 visas instead of B-1 (tourist) visas.

The group was carrying a letter from SXSW asserting that its musicians could travel to the U.S. under the so-called "showcase exception" with tourist visas. (The band Soviet Soviet, which was denied entry to the U.S. last week and returned to its native Italy, had also attempted to employ a letter from SXSW in a similar fashion.)

According to Massive Scar Era's Facebook page, the group had at least four American tour dates planned for the next two weeks, including a stop in Austin during SXSW; Denver; Provo, Utah; and Seattle.

In a question similar to United Vibrations' statement, Amr asks whether or not the denial is due to the fact that both she and singer/violinist Nancy Mounir are Egyptian. She also claims in the video that the immigration officer posited that they could be coming into the U.S. as some sort of "protest."

In an interview Amr gave Monday night to NPR, she said that the immigration officer told her band that he was specifically concerned with the SXSW performance, and not the non-Austin performances. "We spent two hours trying to convince him," Amr said, "and we pointed out that not only had we played SXSW before on the same kind of visas, but that our visas for this visit had been issued by the consulate in Cairo specifically so that we could perform at SXSW. They knew we had played SXSW before, and that was why we were coming again — the government had all that information."

Amr said that his reply confounded the band. "He told us," she recounted, "'Just because the consulate granted you those visas, it doesn't make their decision lawful.'"

In addition, Amr asserted that the information on the band's Facebook page regarding the additional show in Seattle (which was slated to be a non-ticketed, non-paid show) was left online in error. "After talking with the American Federation of Musicians [AFM, the musicians' union], I understood that even non-ticketed, free shows were not allowed under the B-1 visas, so we cancelled that," she said. "We just didn't update that part of our Facebook page." Amr says that the officer told her that he was "not concerned" with the non-SXSW shows, and that his objections were based upon the band's performance in Austin.

Amr added that her band did not speak with an attorney specializing in U.S. visas and immigration, but that she had believed that the group had understood the visa restrictions fully after consulting with AFM.

Amr characterized the hours of conversation the band had with this CBP officer as generally "polite and civilized" — though she also repeated her assertion that the official advised Wijdenes-Charles to carry blood test results proving his First Nation status next time he tried to enter the U.S. (According to the band, Wijdenes-Charles is currently speaking to tribal officials about this border patrol officer's statement.) It is unclear whether Wijdenes-Charles initially presented himself to the CBP officer with Canadian identification and paperwork, or with First Nation identification.

In her NPR interview, Amr also elaborated upon her claim in the video about musicians entering the U.S. in order to foment dissent. "He said, 'People and media are using SXSW to protest.'"

She added that she did not ask for the officer's name at any point, because she said she understood that he had the power to permit or deny the band entry into the U.S. "I did not want to provoke him," she told NPR.

When asked about the circumstances surrounding Massive Scar Era's attempt to enter the U.S., a CBP spokesperson said that the agency could not comment on specific international travelers due to privacy policies, but sent NPR a statement that reads in part:

"All travelers arriving to the United States must possess valid travel documents. For foreign nationals, this includes a current passport and a valid visa or visa waiver issued by the U.S. Government. The foreign national must possess the appropriate visa for their intended purpose of travel. For example, if an individual is a member of an internationally recognized entertainment group, they must apply for and be granted a P-1 visa ... Applicants for admission bear the burden of proof to establish that they are clearly eligible to enter the United States. In order to demonstrate that they are admissible, the applicant must overcome ALL grounds of inadmissibility ... [U.S. immigration law lists] more than 60 grounds of inadmissibility divided into several major categories, including health-related grounds, criminality, security reasons, public charge, labor certification, illegal entrants and immigration violations, documentation requirements, and miscellaneous grounds."

Billboard was sent the same statement as NPR, but characterized its language as an "advisory." However, in an email to NPR this afternoon, a CBP spokesperson called Billboard's description of the statement "incorrect."