Accessibility links
Lawrence English, Philosopher Of Sound, Kindly Requests You Lie Down : The Record Lawrence English considers it his job to document sound, to question the mechanics underpinning our ways of listening. It's not always simple.

Lawrence English, Philosopher Of Sound, Kindly Requests You Lie Down

Lawrence English, Philosopher Of Sound, Kindly Requests You Lie Down

English has made it his job to listen deeply and telegraph back the vibrations he finds along the way. 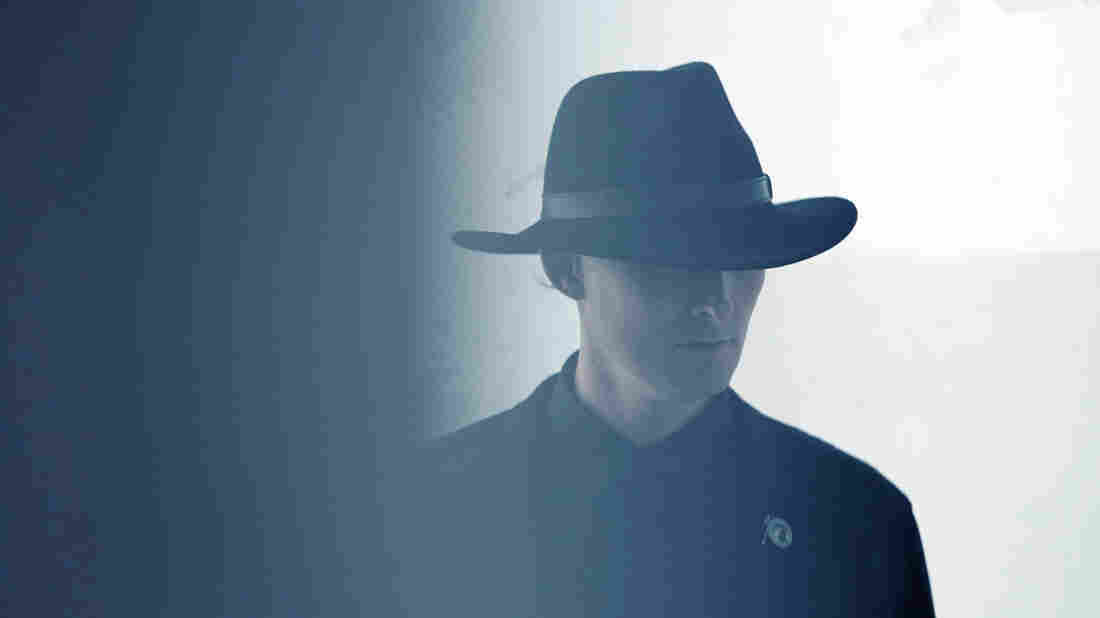 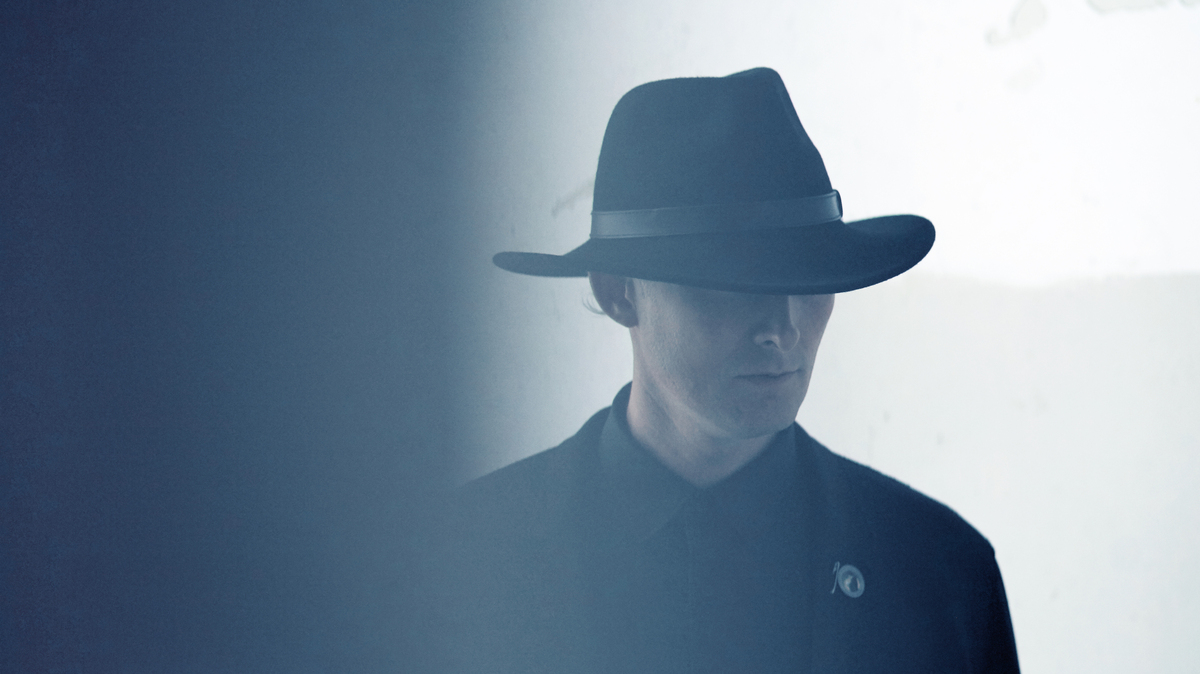 On March 25, when Lawrence English brought Cruel Optimism to New York venue The Knockdown Center, located on the blurred edge where Brooklyn and Queens meet, for its American debut, he opened the concert with an instruction. He asked everyone to lie flat. "Don't just sit down — lie down. It may be a little cold, but you need to feel it all."

In the mid-'90s, English started working in and around Brisbane, Australia. At first he played in industrial bands, none of which he feels like naming. A few years after that, he made the transition to solo artist, building a library of field recordings and releasing albums as a musician, two modes that still inform each other. Lawrence English collects vibrations, cataloging sounds grand in both scope and poetry: birds chasing phantoms, solar wind skirting the planet, buildings falling apart. As a musician, English's albums repurpose these sources. And even when they don't, his music maps these unbiddable forces, the kinds that don't fit into houses.

Forces like a military-grade panel truck equipped with a Long Range Acoustic Device (LRAD), deployed in Pittsburgh when the G20 Summit took place there in September of 2009. Protestors were dispersed with a piercing, hocketing signal intense enough to damage hearing (which it did – the city paid over $200,000 to settle two cases filed after the protest). Lawrence has not only written about this use of sound as a weapon, he processed the signal of that LRAD and used the results on his newest album, Cruel Optimism, near the conclusion of "Object of Projection."

After that New York show — which English opened, the crowd peacefully immobilized, with a version of the LRAD's sound conjoined to other elements; decelerated and filtered, its offensive spear atomized into a haze that wasn't going to hurt us, even if it was pressing down — English stepped outside of the former factory and joined me next to a tall brick tower. He was dressed all in black, as he has done "pretty much since the beginning." Except when on stage, he wears a high-crowned black hat made by the Haddad brothers. (The brothers own a menswear shop in Otorohanga, New Zealand and do not use the Internet.) The outfit suggests a priest. English's speech confirms it. I ask him for a way to explain to the layman what he does.

"I'm a philosopher of sound," he said, laughing, which led to a slightly abashed discussion of whether or not "philosopher" is the right description of any practice.

I asked him to be more concrete, or just plainer, for people who don't understand what field recordings are.

"It's like Merleau-Ponty says," he replied, undoing my request. "I think my job is that of 'being-in-place' and making an account of that. Look at this tower. It isn't working any more, but it is vibrating. Everything is vibrating, which means that everything is a source of sound."

A free compilation of English's field recordings released last year, Carving The Horizon, was selected from thousands hours of material. All of the pieces are untreated audio and each is titled by its source, location and date: "Metal Fence, Alice Springs, AU 2015"; "Various Cicada, Pannawonica Station, AU 2014"; "Fighting Satin Bowerbirds, Bunya Mountains, AU 2012"; "Shore, Bribie Island, AU 2011." In an accompanying essay, English explains, "The cicadas, which I recorded in Northern Western Australia, are so very much a part of the summer here, they are on hundreds of home recordings across our musical history here in Australia. And the shore, this one recorded at Bribie Island near to where I live, I will say is one of my favourite recordings and for me one of the closest experiences of relational listening I have ever had. If ever I have come close to transmitting a listener's listening, then this recording is a good representation of that position."

For the past few years, English has been developing his theory of relational listening, which takes up the horizons created and perceived by the human ear and the "prosthetic ear" of the microphone. (He has just completed a thesis on this topic for the Queensland University of Technology.) If you want a quick way into this idea, consider the questions posed by the French philosopher Peter Szendy, questions that provoked English: "Can one make a listening listened to? And if so can one transmit that listening as unique as it is?" When hearing English tracks like "Shore," this feels like a puzzle you can figure out. How far away is the microphone from the waves? What is the weather like? What color is the sky? A robust field recording contains the answers – it just doesn't offer them blindly.

English's work as a musician, though, can complicate the idea of anything relating to anything else. One could easily listen English's new album, Cruel Optimism, write down "roar," and not be describing the thing inaccurately. That there are instruments in this vortex of frequencies seems quaint; Cruel Optimism is loaded air, a gale sustaining a constellation of objects, an embodied texture so tangible it seems you could photograph it. Though Cruel Optimism is his thickest and most intricate work, it's related in technique to an earlier album, Kiri No Oto from 2008, which blends traditional instruments and field recordings.

"My work is a dual practice," English said by phone from his home in Brisbane, a few days before starting his tour in New York. "In a field recording, I am conscious that I want the product to reflect my listening in a place, in a time. In a live performance, I want to know how the body encounters sound. The body is a heavily politicized zone, and sound encounters the body in a particular way. Sound occupies the body—that is part of vibrational affect. The live performance is very much about that activation of the body. Each person experiences it differently, but there is a collective experience of responding to the same source." (This conversation was not much edited for publication. He really just speaks this eloquently.) During our conversation, English's voice was accompanied — and sometimes overwhelmed — by the wail of crows living near his home.

The handful of times I've seen English, the concept of vibrational affect has been explicit. He has always asked the audience to lie flat. Using a variety of amplifiers designed for basses and guitars, he will typically play a storm of signals that stop just short of menace. He uses a range of tools, both electronic and analog, including a Moog bass synthesizer, multi-speed cassette players, an old Turbo Rat distortion pedal, delay pedals, and a laptop. Usually no more than a backlit silhouette, English presides over his shows like a cleric leading a collegial group effort to establish a line with benevolent but capricious gods.

Cruel Optimism takes these experiments in vibration to a theoretical and logistical limit, indebted as it is to the work of two theorists: Lauren Berlant and Ian Fraser Kilmister. Berlant's 2011 book from which English took his album's name has been cited by many as one of the most important books of theory to be published in this new century. Kilmister, better known as Lemmy, formed the band Motörhead in 1975 and died in December of 2015.

Lemmy's quote about his approach to music — "everything louder than everything else" — inspired English when he began recording the album two years ago. "I liked it as a concept, though, in execution, it would probably be a boring, non-dynamic mess," English said. "But then that phrase became 'everything denser than everything else.' It was a strange, internal provocation. What does that really mean? How does density work? There's harmonic distortion, there's textural density, and there's a rhythmical density. In the end, it turns out that density does not equal volume."

To unpack the mechanics of density, English broke with his habit of creating his musical releases alone. Cruel Optimism features the work of almost a dozen collaborators. English worked with each musician individually and then combined their input, generating up to seventy channels on some songs. (Some of those channels are simply multiple takes of one part.) Swans guitarist Norman Westberg recorded at English's home studio in Brisbane; English went to Austin to record with percussionist Thor Harris (another Swans alumnus); drummer Tony Buck and saxophonist Mats Gustafsson sent their recordings in. English re-amped many of the individual elements, meaning the performances were played through another amplifier and re-recorded, as if the music was being performed again, anew.

Cruel Optimism operates something like a drug that titrates itself. At first, it is a blanketing presence, a thing that overwhelms and disorients. You hear white noise, fine rumbling strands, high echoes. The sources feel obscure and obscured. We could be hearing the moment when two noble old machines heaved up and died, if that sound were then slowed down 100%. On further listens, you can't necessarily identify the snow that frames everything in the center, but you definitely hear Brodie McAllister's trombone and a bright constant stream from the Australian Voices choir. Though he doesn't include any of this information in the album's liner notes, English provides found sounds and plays guitar, organ, synthesizers, handmade electronics, and drums. (English was originally a drummer, which is the last role you would expect. He openly avoids what the calls "the linearity of time that a familiar, rhythmic drum part provides." There are drums in the blizzard — good luck finding them.)

What finally emerges is a living, wordless invocation. There is a distinct emotional core to this music, massive footprint aside. I cannot pick out exactly what English and his five collaborators are doing on "Object of Projection," though it never fails to make me think of some inevitably hopeful and uncanny development, like three swans sailing past one bank of a river while three tanks sink into the river from the opposite side. This is epic music with an eye to mundane events, mixed so that if you leave a track on and move about your space, new narratives are revealed. The music combines the impression of things being swallowed whole or being rescued, while never choosing.

Berlant's work underpins the album, but not because of her conception of cruel optimism. "I was drawn to Berlant's writing around trauma," English said. "Specifically, her idea that we cannot posses trauma, that it possesses us. There is a direct connection with sound here — it cannot be possessed, it possesses us." How you navigate Cruel Optimism may be keyed to how you process trauma. The duty of care is an impulse embodied in this work. If you want to be washed and cleaned, this music can do so. If you want to surrender, Cruel Optimism allows that, too.