Accessibility links
Fixing A Hole: 'Sgt. Pepper' Remixed And Reissued For 50th Anniversary : The Record One of the most important records in pop history is getting an appropriately comprehensive reissue. 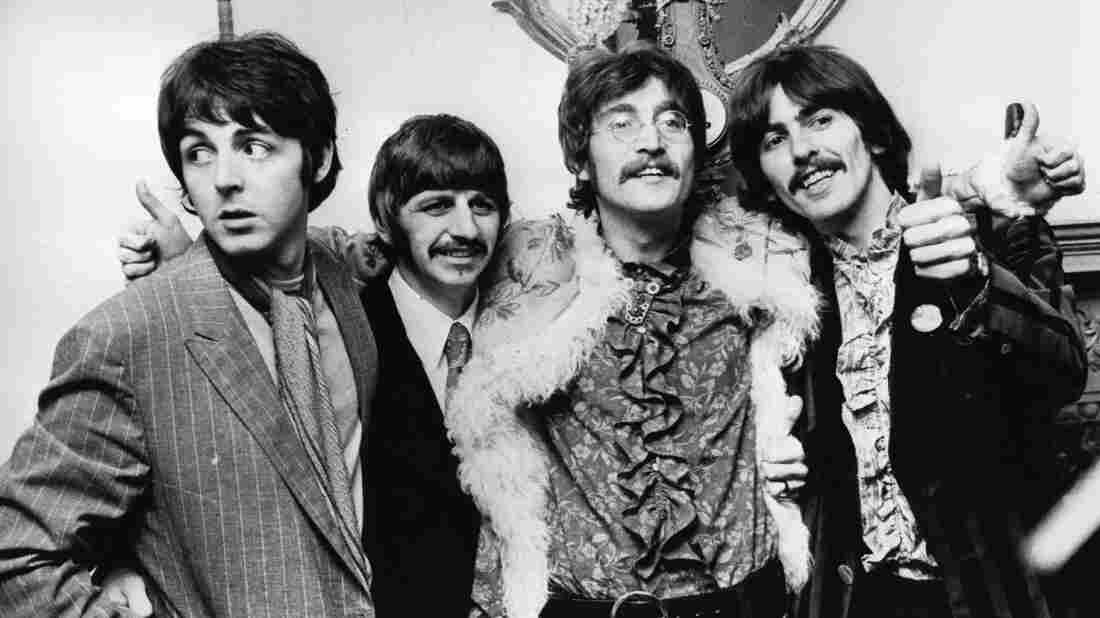 The Beatles celebrate the completion of Sgt. Pepper's Lonely Hearts Club Band at a press conference held at the west London home of their manager Brian Epstein on May 19, 1967. John Pratt/Getty Images hide caption 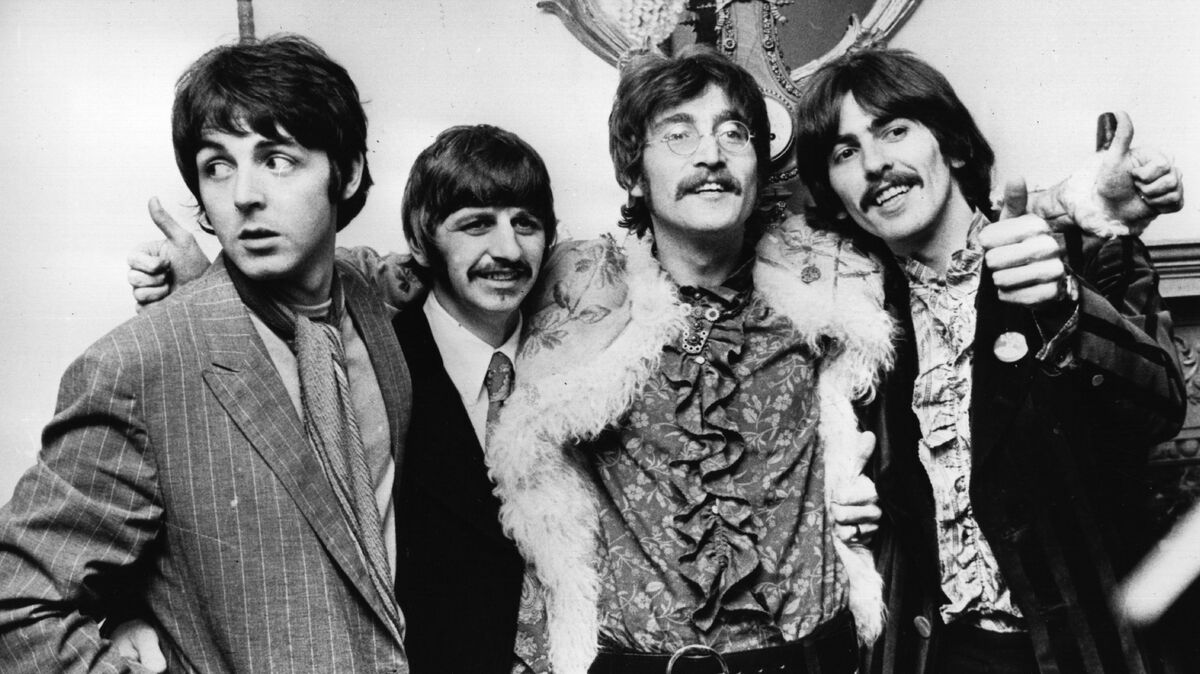 The Beatles celebrate the completion of Sgt. Pepper's Lonely Hearts Club Band at a press conference held at the west London home of their manager Brian Epstein on May 19, 1967.

In the annals of pop music history, the release of The Beatles' Sgt. Pepper's Lonely Hearts Club Band on June 1, 1967 operated as a fulcrum upon which the scales of rock 'n' roll were tipped forevermore towards ambitious refraction, sonic metaphor and unashamed exploration of the far-afield spaces in our minds. Its 50th birthday, then, is something to be celebrated — and oh, how it is.

A voluminous and varied reissue series of that momentous album was announced today. It will include deluxe and "super deluxe" CD packages, a deluxe vinyl reprint and a limited 7" of "Strawberry Fields Forever" b/w "Penny Lane" (which were released as singles ahead of Sgt. Pepper's release) for Record Store Day — all based on a new stereo remix of the album by engineer Sam Okell and producer Giles Martin, son of the album's original producer George Martin, sourced from the original four-track sessions. The sets will have 34 previously unreleased recordings spread across the reissues' various versions, made up of early takes from the Sgt. Pepper sessions. Some will also include digitally restored versions of the Making of Sgt. Pepper documentary and two videos produced to promote the album.

"It's crazy to think," Paul McCartney comments in a statement accompanying the release, "that 50 years later we are looking back on this project with such fondness and a little bit of amazement at how four guys, a great producer and his engineers could make such a lasting piece of art."

But what can we expect it to, um, sound like? Thankfully, there is some precedent.

In 2006, Giles Martin and his father worked on a "re-envisioned" set of Beatles songs for Cirque du Soleil that was released as Love. The process, in which songs were not only remixed but truncated, is a bit apples-to-oranges with this current Sgt. Pepper project — but the result was was strikingly fresh, like a digital remaster of a 16mm film.

Our own Bob Boilen interviewed Giles Martin around the release of Love, and Martin joked that he thought "they were going to fire me at any stage." He explained his process of taking those four-track recordings, digitizing them and, in a fashion not particularly rock and roll, creating a spreadsheet based on them "with keys and tempos. It became essential for me to work," he said. "You have to start somewhere, and you can't mess around with keys and tempos too much because then its not The Beatles anymore." (Consider just how different even a stereo compared to a mono mix can sound — as we did back in 2014. And if you'd like to test your ears, we've got you covered there, too.)

Not to be outdone, The Beatles' original home, Liverpool, is planning three weeks of events, including one for each of the Sgt. Pepper's 13 songs. The Cavern Club, where a fresh-faced group of mop-tops first began to draw crowds (and screams), has its own house cover band that will perform the record in full on June 1.