Accessibility links
The J. Geils Band's Greatest Hit Illustrates A Strange, Transitional Moment In Pop : The Record The death this week of J. Geils Band co-founder and guitarist Jay Geils prompts a look back at the strange, between-worlds year of music in which the group cemented its legacy.

"My blood runs cold ... My memory has just been sold," Peter Wolf sang on "Centerfold." 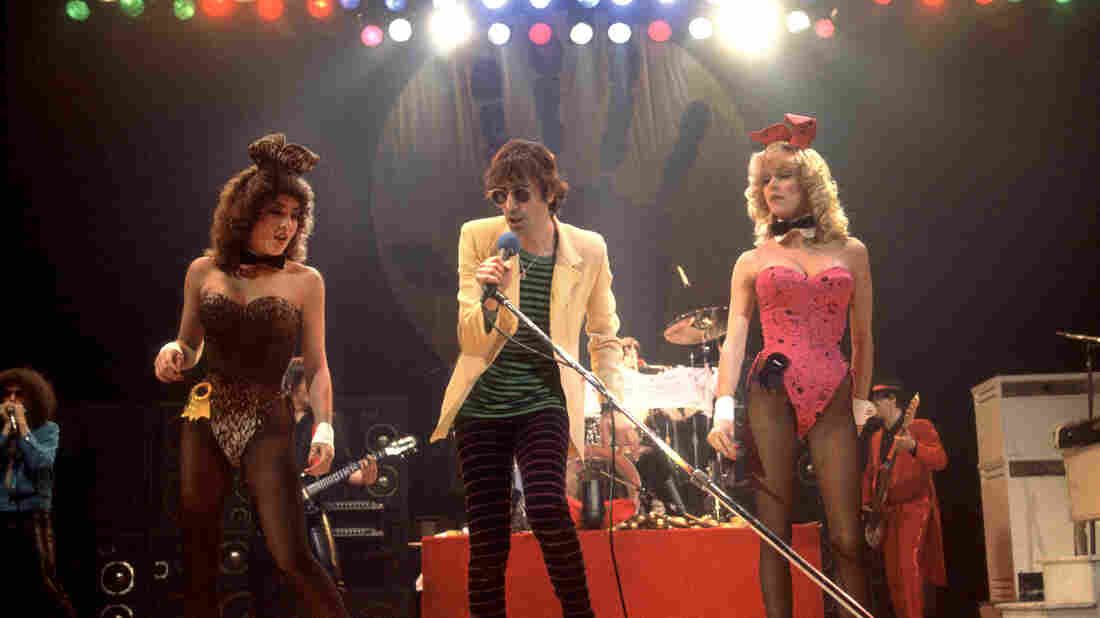 The J Geils Band celebrates the release of its single 'Centerfold' at the Uptown Theater in Chicago, Ill. on November 19, 1981. Paul Natkin/Getty Images hide caption 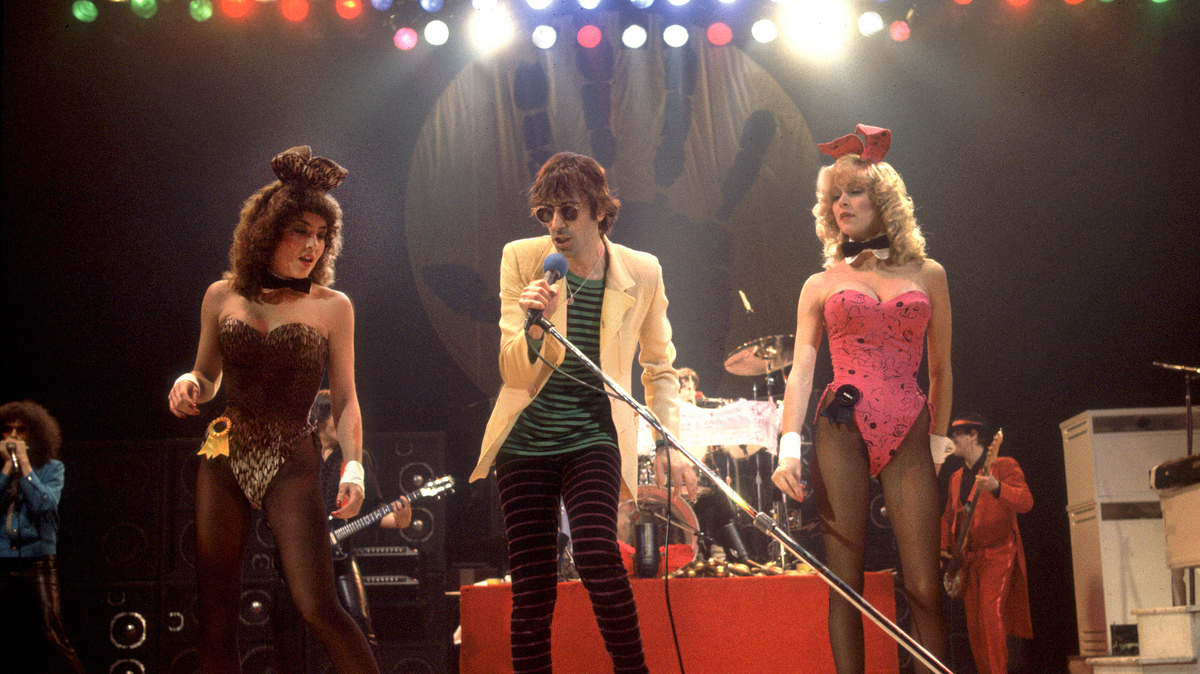 The J Geils Band celebrates the release of its single 'Centerfold' at the Uptown Theater in Chicago, Ill. on November 19, 1981.

J. Geils Band co-founder and guitarist John "Jay" Geils, Jr. passed away on Tuesday at age 71 in Groton, Massachusetts, an hour's drive northwest of Boston. His namesake group has in the days since been fondly remembered for its decade-straddling career and its unlikely journey from Boston bar-rock heroes to '80s hit-makers. But there's one song, from the band's 1981 album Freeze Frame, that truly embodies the seismic musical and cultural shifts, and the links, between the classic rock and MTV eras for both the band and the world at large.

John Geils, Guitarist Of The J. Geils Band, Dies At 71

The year of Freeze Frame's release, the number-one pop song in America was "Bette Davis Eyes" by Kim Carnes, who had been knocking around since the early '70s to middling success. The song had been an obscure album track for Jackie DeShannon, who co-wrote and recorded the country-swing original in 1974. But Kim Carnes' slick synthesizer arrangement made it a massive hit — and a harbinger of changes to come.

Despite what calendars may claim, the 1980s really started in 1981 for pop music. Although the year's top hits read like a Midnight Special hangover of '70s stalwarts like Kenny Rogers, Ronnie Milsap, and Barbra Streisand, those artists were, somewhat sadly, dinosaurs obliviously awaiting the new-wave asteroid that had already entered the atmosphere in the form of new names like The Police and Devo.

Those most likely to survive the blast quickly adopted the new decade's trademark synthetic sound, for better or worse. The most egregiously '80s studio affectation — next to gratuitous synths and crappy sax solos – was the wholesale over-production of drums, which were suddenly engaged in a frantic race to be as monotonous and absurdly loud as possible. Compared to the faithful way drums were recorded in the '70s, it sounded like people were keeping time with anti-aircraft guns.

Geils' fellow soul-loving '70s rockers Hall & Oates reached the zenith when the duo made rock's concussive new sonic order the theme of their video for 1984's "Out of Touch," from an album entitled Big Bam Boom, in which the drums literally steamroll over the band.

"Out of Touch" knowingly winked at the era's excessive production.

What would become the J. Geils Band originally formed in Boston the mid-'60s as an acoustic blues trio, later adding two members including new frontman Peter Wolf, a former WBCN radio DJ. What resulted was a sweaty, harmonica-fueled, bar-tested R&B machine that set the local club scene on its ear with incendiary live shows and earned it the tag "The American Stones" just before fellow Bostonians Aerosmith wrestled it away.

In 1970, the band signed to Atlantic Records and soon became one of America's most successful touring outfits on the strength of its increasingly airtight, powerful live shows. Over the next decade the band would release a string of R&B-driven top-40 singles, none of which would crack the top 10, seemingly unable to replicate the energy and excitement of their live performance.

J. Geils Band made its name as a live act, but made history a little later.

Just when it seemed that history would brand it as nothing more than an above-par Animal House-style party band following the disappointing chart stall of 1980's "Love Stinks" at No. 32, along came "Centerfold."

"Centerfold" was unique on many levels — not the least of which being its distinction as the first chart-topping single about softcore pornography to be released by a band that counts someone named Magic Dick among its members. It was the first of two huge crossover pop hits from the group's 1981 album Freeze Frame, which marked the band's first foray into the poppy, new-wavey songcraft and slick production style that '80s hits demanded. As a result, the album was as off-putting to old fans as it was rapturously received by what must have been a startling magnitude of new ones.

Beyond possessing the requisite synth and drum excess, "Centerfold" perfectly encapsulated the moment by crashing the new decade's charts with one tentative foot in '80s pop and one tenuously, but still credibly, lodged in their R&B roots, in the fleeting moments before heritage bands would be displaced by Men Without Hats. 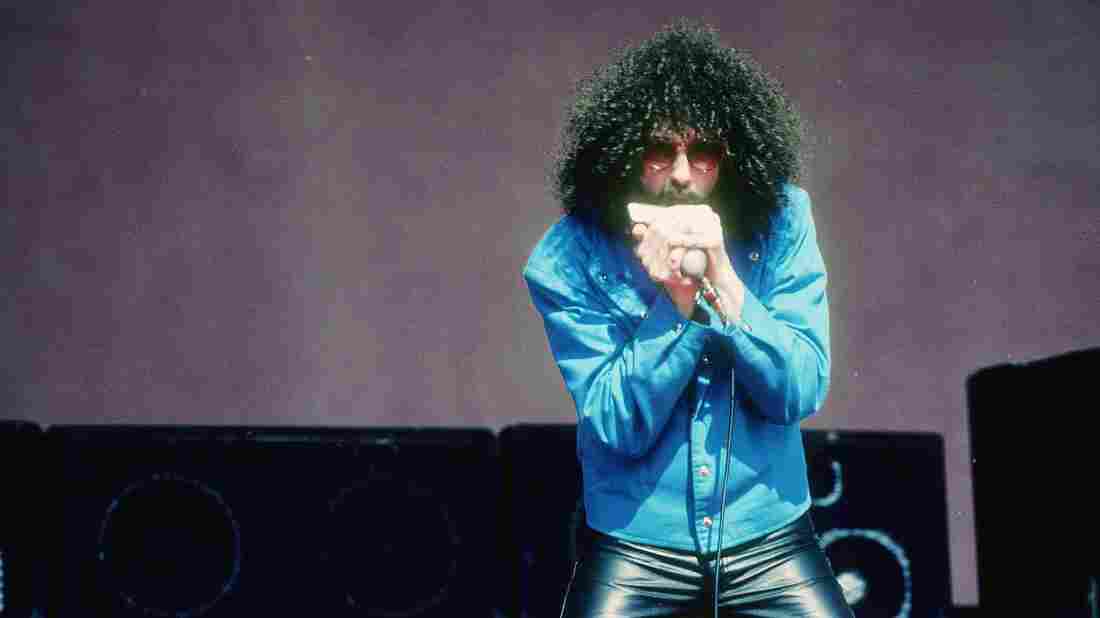 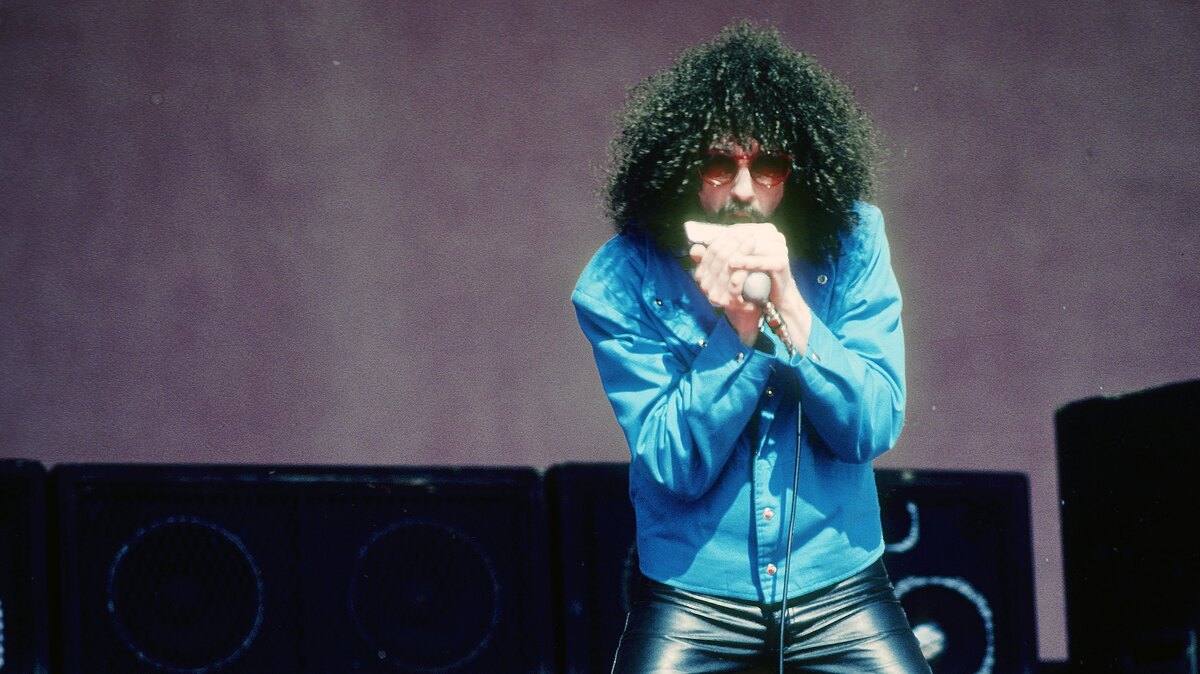 Peter Wolf's unmistakable Bronx-accented Motown rasp left no doubt that "Centerfold" was a J. Geils song, but the famously nimble guitar playing of the band's namesake, which breezily traversed from blues to jazz to funk, had been reduced to power-riffing over the chorus. And, unlike the road-tested '70s catalog, "Centerfold" appeared to be a studio concoction, completely absent from their live sets until after the release of Freeze Frame. Ironically, but perhaps inevitably, the band's breakthrough hit was the one that sounded the least like its legendary live show.

1981 was also, of course, the year that MTV launched, just two months before the release of Freeze Frame. The good news for the fledgling network's founders was that they'd convinced enough local cable operators to carry the channel to launch. The bad news was they had 24 hours of airtime to fill and little to fill it with.

Music videos were not yet commonplace in the U.S., as they were in Europe, and MTV's most-played videos from its debut year shows a list clearly influenced by availability more than popularity. Like the year's top pop songs, the MTV of 1981 was heavily populated by artists warily leaning into the fourth and final turn of their career — Cliff Richard, Rupert Hines, April Wine — but lightly peppered with burgeoning new-wave artists like The Cars and Robin Lane.

By the end of '82, all eyes (at least in cities where MTV was available) had turned to music videos, which had very quickly become a requisite to pop success. And a second British Invasion was underway, prompted by a glut of available videos by U.K. new-wave bands and MTV's insatiable need to obtain more grist for the mill, bringing us Flock of Seagulls, The Human League, and other exponents of severe haircuts.

It was a time when majority-bearded warhorse Texas boogie-rock trios woke up one morning to find themselves video stars. But for every ZZ Top there was a Billy Squier, whose spasmodic dancing atop pink satin sheets in the video for "Rock Me Tonight" looked like he was passing kidney stones in a brothel, singlehandedly wiping out his past, present, and future audiences in one neon-hued stroke.

Geils threw their hat in the MTV ring with "Centerfold," ending up as one of 1982's most-played videos. Like the song, the video neatly straddled the band's two eras, with Peter Wolf reprising his stage role as the cool, jive-talking kid from Hebrew school with a great record collection and exactly three dance moves — but now set at a very progressive school where girls, unprompted, do synchronized dance routines in lingerie. Existing somewhere between a '50s teensploitation flick and Robert Palmer's dystopian fem-bot future, it was a perfect manifestation of the song and the cultural moment.

"Centerfold" brought the J. Geils Band the stardom it had sought for a decade and a half, sitting atop the pop charts for a mind-boggling six weeks and sending Freeze Frame to the top of the Billboard 200.

But it was also – following the three-act narrative arc established by "Behind the Music" — the first step in the band's undoing, with ego clashes (Jay Geils' backbenching in the service of power pop couldn't have helped) and infighting leading to Wolf's departure in 1983 and the group disbanding in 1984 after one Wolf-less album.

But in music, as is generally the case, when one window closes another invariably opens. Huey Lewis must have literally pole-vaulted out of bed, sensing the opportunity.