Accessibility links
Eurovision Again Struck By Controversy As Russia Says It Won't Broadcast : The Record After a year of tumult, Russia has doubled down, saying it won't broadcast this year's contest after its competitor, Yuliya Samoylova, was denied entry into Ukraine. 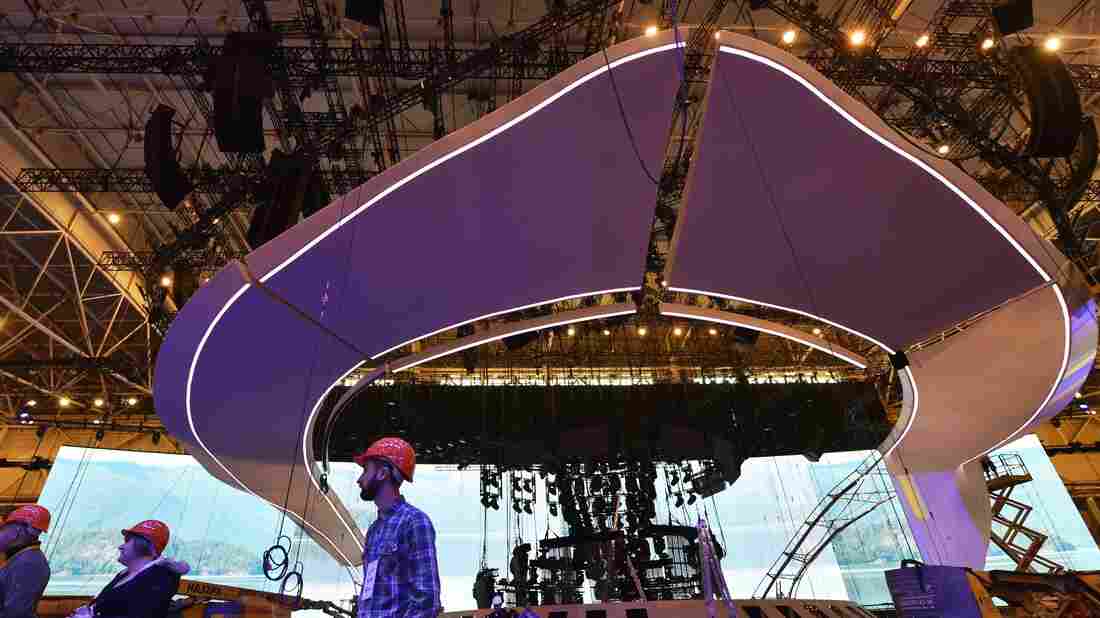 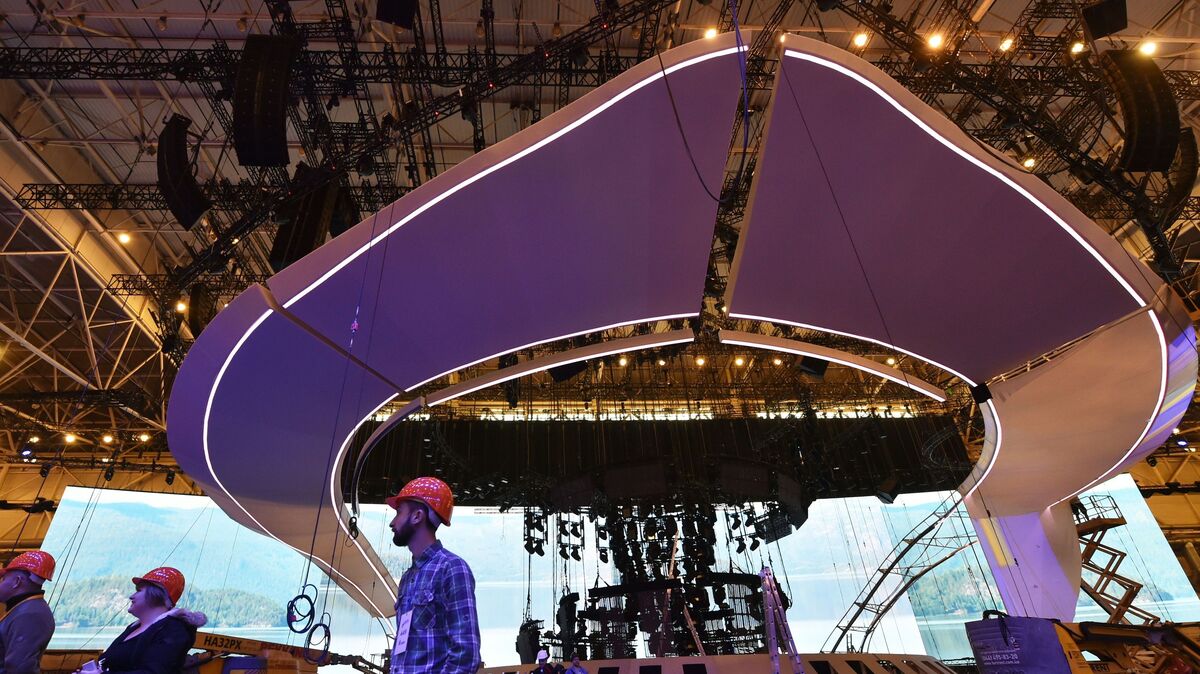 Workers prepare for the 2017 Eurovision Song Contest at the International Exhibition Center in Kiev on April 11, 2017.

Since the conclusion of 2016's competition last May, the Eurovision Song Contest has been mired in controversies both practical and political — but mostly a combination of the two.

The most recent came Friday when, as the Associated Press reports, Russia announced that it would forgo broadcasting this year's competition. Hours later the country followed up, saying its pick to compete this year, 27-year-old singer Yuliya Samoylova, would instead compete next year in whichever country wins. (The winner each year then hosts the next year's event.) The announcement amounts to a digging-in of the heels after a tumultuous year.

The country set to host this year's Eurovision is Ukraine, which won last year thanks to its singer Jamala and her song "1944," which many took to be a direct reference to the annexation of Crimea by Russia two years earlier. Eurovision's rules dictate the contest avoid politics, but Jamala maintained the song was entirely personal, and the judges allowed it. (At least, it was strictly personal until Ukraine was crowned — afterward, Jamala told The Guardian: "Of course it's about 2014 as well.")

Predictably, the situation raised Russia's hackles, and tensions have flared ever since.

As Morning Edition reported last month, Russia's Samoylova had planned to compete with her song "Flame Is Burning" — but she was banned from Ukraine because of a 2015 performance in Crimea, to which she had traveled without entering the territory through Ukraine's mainland. Ukrainian officials offered the pale olive branch of allowing her to perform remotely from Moscow, which Russia refused. Russia then said it would not broadcast this year's contest.

This comes after 21 employees of Ukraine's public broadcasting organization resigned in protest earlier this year. They took issue with the appropriation of funds away from the country's public broadcaster — money meant to help tilt it away from being an oligarchic bullhorn, as The Economist reported — toward the execution of this year's Eurovision.

Eurovision — which has been held since 1956 — had always been controversial, but mostly just for being so over-the-top. As Elisabeth Vincentelli wrote for The Believer in 2006:

Terry Wogan, who's been commentating the annual live event for the BBC since 1971, once mused, "Is it a subtle pageant of postmodern irony? Is it a monumental piece of kitsch? Is it just a load of old plasticene?" It's actually all of the above, with a few key elements Wogan somehow overlooked: nation-building ideals, behind-the-scenes drama, inane choreographies, conspiracy theories, costumes from outer space (or at the very least, outer Croatia), and of course songs that veer from blisteringly stupid to blisteringly brilliant and, just as often, hit both extremes. The ESC may well be the greatest invention in pop-music history.

It's difficult to squint one's eyes hard enough to see the below, last year's winning performance, as schmaltzy kitsch. In a political climate as charged as many have seen in their lifetimes, maybe there's little room left for cultural cotton candy.

The winning entry of Eurovision 2016.