Accessibility links
Eskimeaux Changes Name To Ó Following Criticism From Inuk Singer Tanya Tagaq : The Record "I have no interest in upsetting people before they even get to the point of interfacing with my art," Gabrielle Smith says. 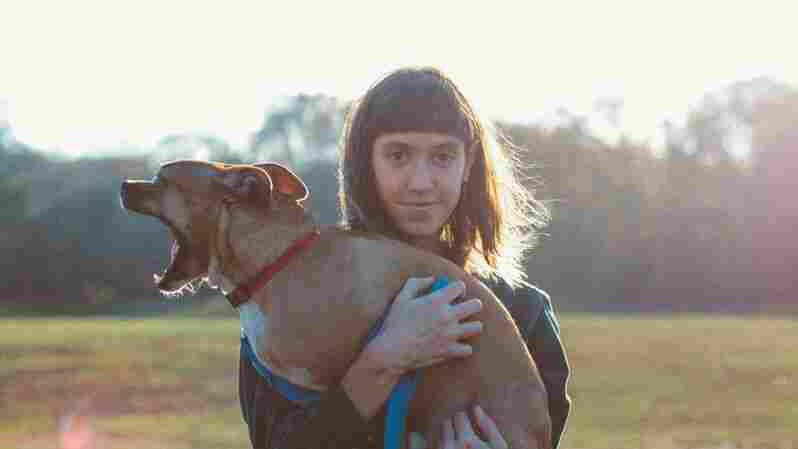 Gabrielle Smith is the songwriter behind Ó — the band formerly known as Eskimeaux. Andrew Piccone/Courtesy of the artist hide caption 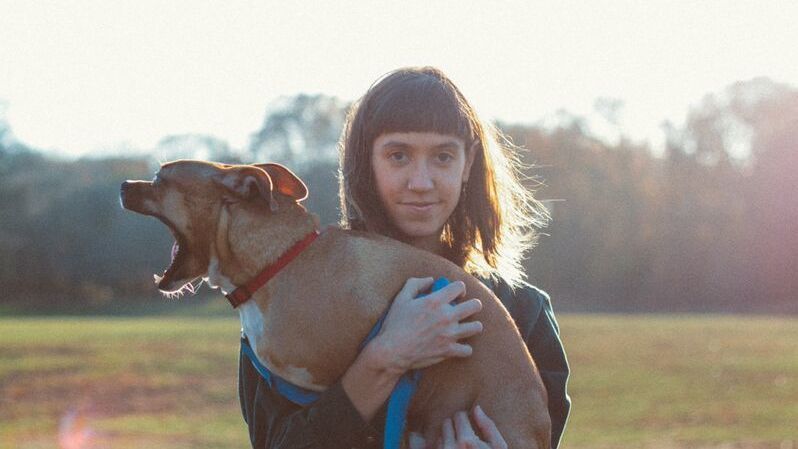 Gabrielle Smith is the songwriter behind Ó — the band formerly known as Eskimeaux.

Brooklyn-based songwriter Gabrielle Smith has decided to change the name of her band, Eskimeaux, following criticism from Canadian Inuk throat singer Tanya Tagaq. The band will now be known as Ó.

In a series of tweets last week, Tagaq expressed frustration at the use of the derivation of "eskimo" as Smith's band's name. "If you want to use the word Eskimo you had better be an Eskimo or I'll eat you for lunch," she tweeted. Tagaq also tweeted directly at the band several times.

.@eskimeaux666 you are not an Eskimo. I see you are playing Toronto. Maybe I should bring some Eskimos?

.@eskimeaux666 plays Toronto on April 17th. Canadians should show them how much they appreciate hipster bands using slurs to sell music.

On Monday, Tagaq tweeted that she and Smith had spoken, and announced that Smith would be changing her band's name.

The prevailing stereotype for Inuit is a very simple, happy-go-lucky, savage and godless heathen. Everyone loves the little Eskimos.

In an email to NPR, Smith says that a conversation she had with Tagaq was, at first, difficult. "We were having a lot of trouble communicating without being defensive. We kept missing each other's free time so it was like each person writing persuasive essays back and forth, but via Twitter." However, she says, after a few days the two "reached out to each other at the same time and were able to sync up. We got to have a really good, understanding conversation that illustrated the most important aspect of this, which was how our emotions were affecting our reactions. Ultimately it was a great conversation!"

Tagaq's critique voiced sharp anger at Smith's band's name, but her frustration was also pointed at the larger context of indigenous issues. In a series of tweets, she brought up the larger inequities facing indigenous communities; the seeming cultural acceptability of appropriating indigenous language and culture; and the conflation of all various aboriginal communities into one undifferentiated other.

I want to publicly state that @eskimeaux666 and I have been communicating. They are changing their band name. This is respect. This is ❤️!

"I'm tired of being reduced, diminished, dismissed. Our matriarchs are better than this," she said.

Smith also says this was not the first time she had considered changing the project's name, as it wasn't the first time she had fielded criticism about it. "It was a slow process to shed that cloak of security in how I'd defined myself for a really long time, both as an artist and a human," she says. "It wasn't really what Tanya said that helped me make up my mind, it was just... time," she says. "I have no interest in upsetting people before they even get to the point of interfacing with my art."

I was adopted. The only information I have about my birth family or blood line is that my birth father is Tlingit eskimo. The Tlingit tribe in Alaska considers the designation "eskimo" to be inoffensive and neutral, even preferable to imprecise terms like Inuit (the Tlingit are not Inuit). I chose this moniker as a teenager, in a time when I felt like I had been denied an identity - my Tlingit heritage was the only thing I could hold onto about my cultural history that was real.

She added that "the -eaux suffix is just a playful jumble of letters that represents the way I record — a confusing layering of sounds that somehow coalesce into something simple."

In a statement provided to Pitchfork, Tagaq further explained why she found the name Eskimeaux inappropriate. "The word Eskimo is a slur for many Inuit," she said. "The name being applied to a band by a non-Inuk person incensed me." She says she engaged in "aggressive public scrutiny" — a tactic she has employed before with "offending appropriators or groups" — to avoid being ignored: "[O]ften when I privately contact these groups they dismiss me completely until there is a public outcry," she said. However, she says that the conversation with Smith was positive and fruitful.

"I am very pleased with this outcome of the band name change and our impending friendship," she said. "Pleasant surprises."