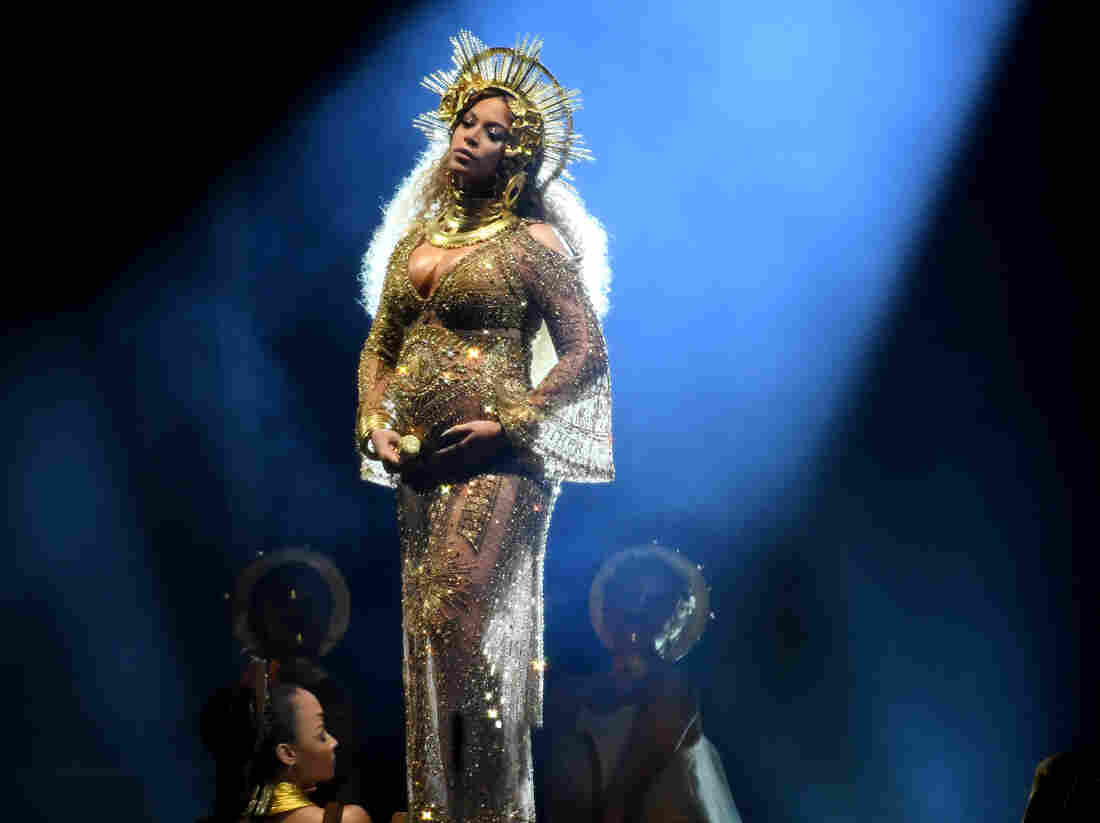 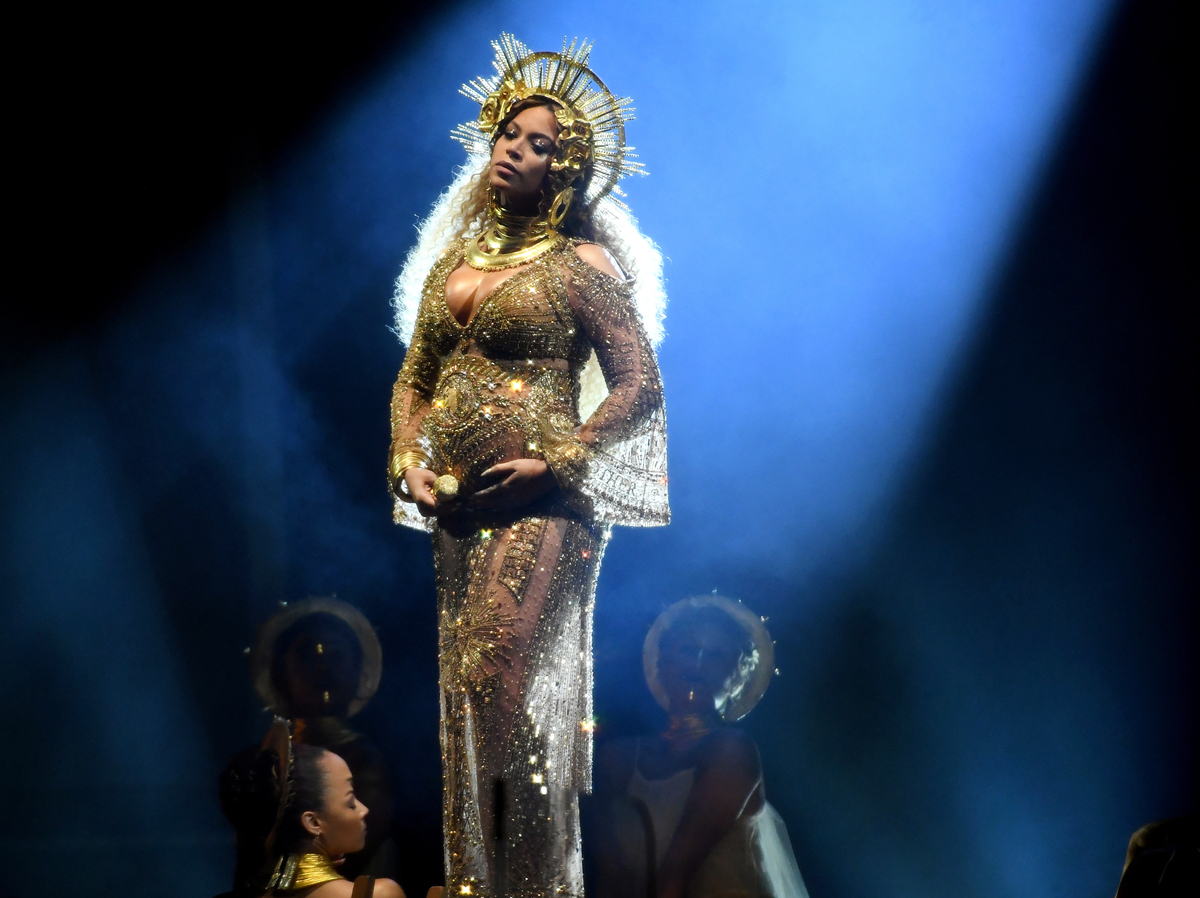 Beyoncé, performing at the Grammy Awards in February.

Creative works by and about musicians turned out to be big winners among this year's Peabody Awards. Among this year's honorees are Beyoncé and Donald Glover, whose prizes were announced today, and two documentaries announced earlier this week: the films Hip-Hop Evolution and MAVIS!

Beyoncé's "visual album" Lemonade, released by HBO Entertainment in association with Parkwood Entertainment, was cited for "the audacity of its reach and fierceness of its vision challenges our cultural imagination, while crafting a stunning and sublime masterpiece about the lives of women of color and the bonds of friendship seldom seen or heard in American popular culture."

Actor and director Donald Glover, whose hip-hop persona is Childish Gambino, won for his television show Atlanta on the FX network. The judges called it an "enchanting series on the struggles of two young black men trying to make it in Atlanta's rap scene blends vibrant character study and rich socio-political commentary in delivering a detailed and textured exploration of a Southern city."

Two music documentaries were announced as Peabody winners on Tuesday. One was Hip-Hop Evolution (Banger Films, distributed by Netflix and HBO Canada), which was described by the panel as "an entertaining, consummate history of hip-hop music told in a series of interviews with influential MCs, DJs, and moguls who were there at the beginning of the genre's birth and through its dynamic evolution."

The other was MAVIS! (Film First and HBO Documentary Films): "More than just a biopic," the judges wrote, "this story celebrates the deep influence of Mavis Staples and the Staple Singers across music genres — from gospel to soul and rock-and-roll. MAVIS! illustrates the history of social movements in America and is a powerful reminder of one woman's impact on popular culture."

The Peabody Awards are given yearly by the University of Georgia's Grady College of Journalism and Mass Communication. The ceremony will be held May 20 in New York City at Cipriani Wall Street.