Accessibility links
Chance The Rapper Cheekily Roasts The Major Labels Onstage : The Record The artist is lambasting the majors during his live show in a series of tongue-in-cheek puns. 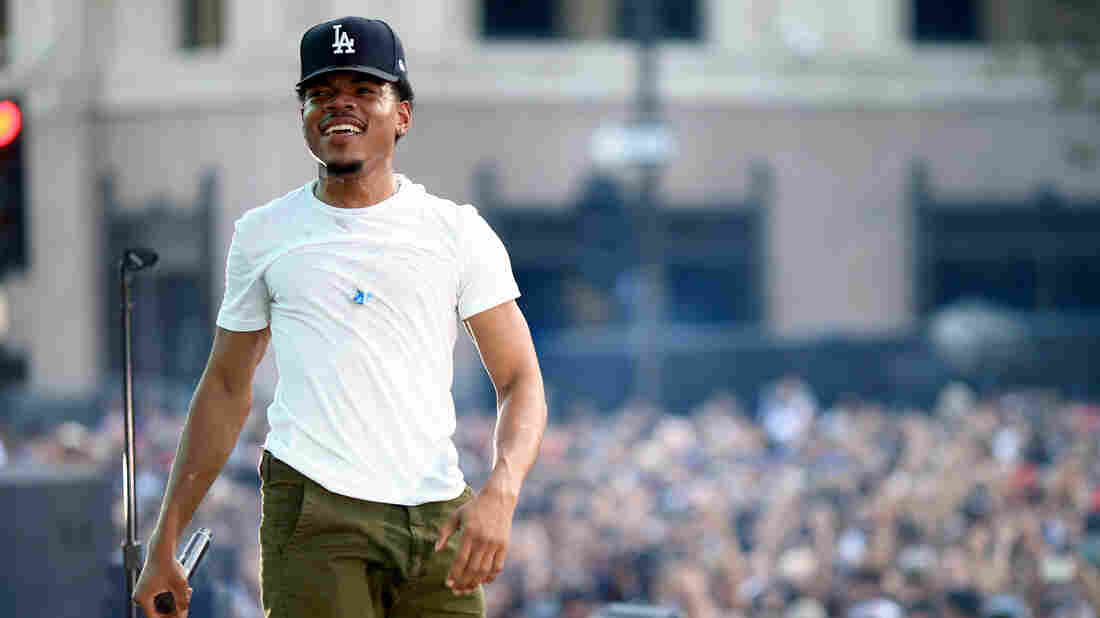 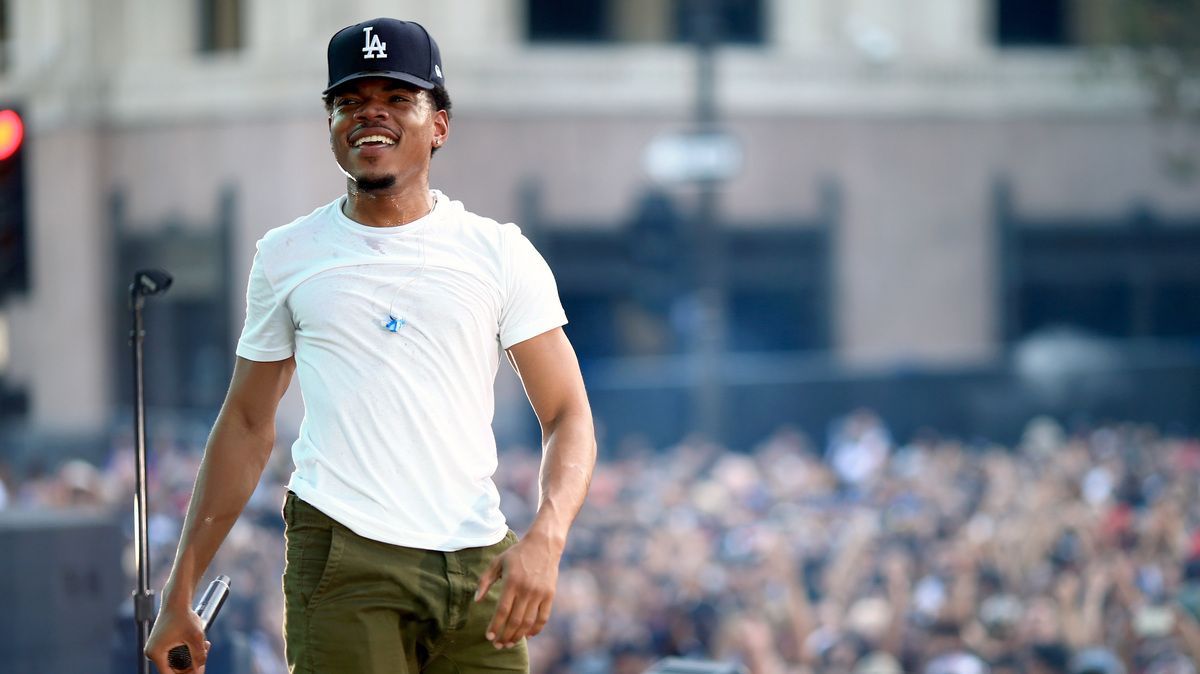 Is Chance the Rapper independent or isn't he?

The answer to that question may be philosophical — and, considering what he's done with his money and profile, missing the point — but his opinion of major labels is straightforward, as a visual sequence he's deployed during live shows dragging most of them (including his favorite rapper Kanye West's) illustrates:

"We discovered going with a label wasn't for us," Chance's manager Pat Corcoran told Billboard last August about the release of Chance's first album, 10 Day, which quickly had him packing venues and making significant income from "tours, meet-and-greets" and sponsorships like the one he has with Kit-Kat and Apple.

Chance is seen by many as presaging a wider shift away from major labels, as artists and their teams take advantage of the free distribution and marketing available to them on the web. Last month, Chance the Rapper was the subject of withering criticism over his point-of-pride independence from the record label business, due to a deal he signed with Apple and its music streaming service Apple Music. Chance explained on Twitter the details of that deal with Apple Music — worth $500,000, far less than Drake's reported $19 million, and a very useful commercial — which resulted in his last album (mixtape, if you prefer) Coloring Book receiving a two-week exclusive release on the service. The album went on to be the first streaming-only release to win a Grammy, for best rap album (he also won best new artist and best rap performance).