Accessibility links
On Deck For The Obama Presidential Library: A Recording Studio : The Record The former president is planning a space in which artists like Bruce Springsteen and Chance the Rapper can create music that has "social commentary and meaning."

On Deck For The Obama Presidential Library: A Recording Studio

On Deck For The Obama Presidential Library: A Recording Studio 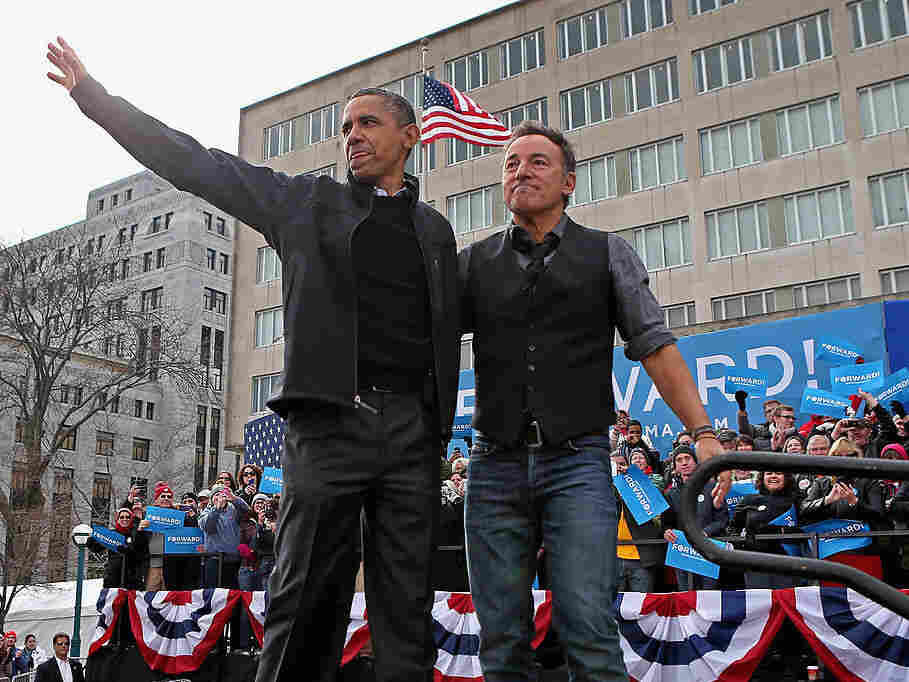 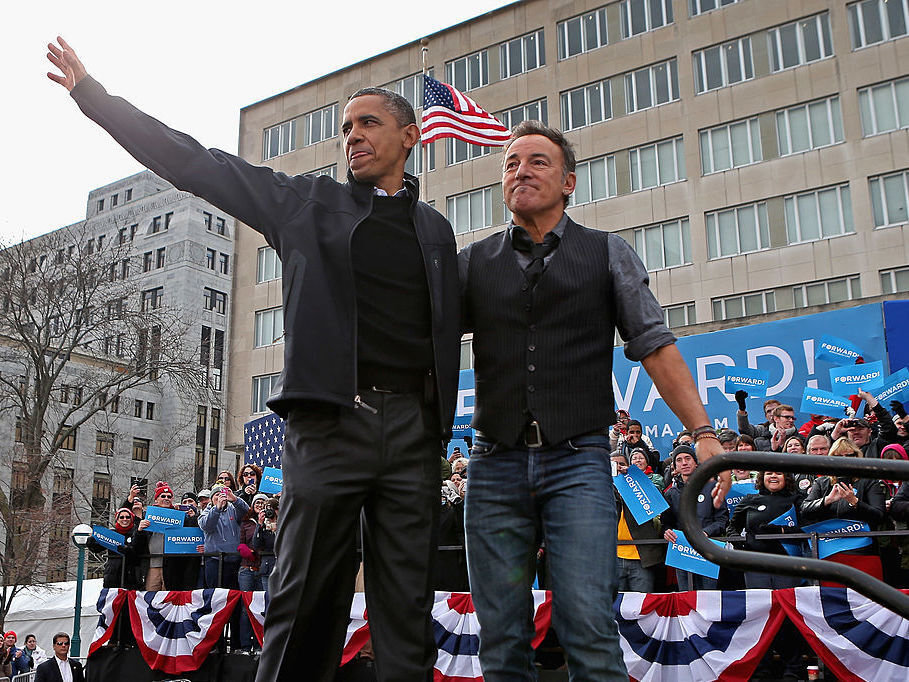 Former President Obama and Bruce Springsteen, campaigning together in Madison, Wisc. in November 2012, a day before the presidential election.

Yesterday, former President Barack Obama and former first lady Michelle Obama unveiled ambitious architectural plans for the Obama Presidential Center, a three-building complex slated for completion in 2021, to be located in the Jackson Park neighborhood on Chicago's South Side.

Along with the presidential library itself, the plans include an auditorium, a restaurant and a public garden, as well spaces for exhibitions, education, meeting rooms, and, according to the Chicago Tribune, "a vibrant park around the center, where children would sled down newly created hills, where people would barbecue and where activity would spill over to nearby stores and restaurants."

But for music and film fans, the most exciting elements of the complex might be a planned recording studio where, as former President Obama said in comments quoted by the New York Times, "I could invite Chance [the Rapper, a Chicago native] or Bruce Springsteen, depending on your tastes, to talk about how you could record music that has social commentary and meaning," and "a studio where I can invite Spike Lee and Steven Spielberg to do workshops on how to make films."