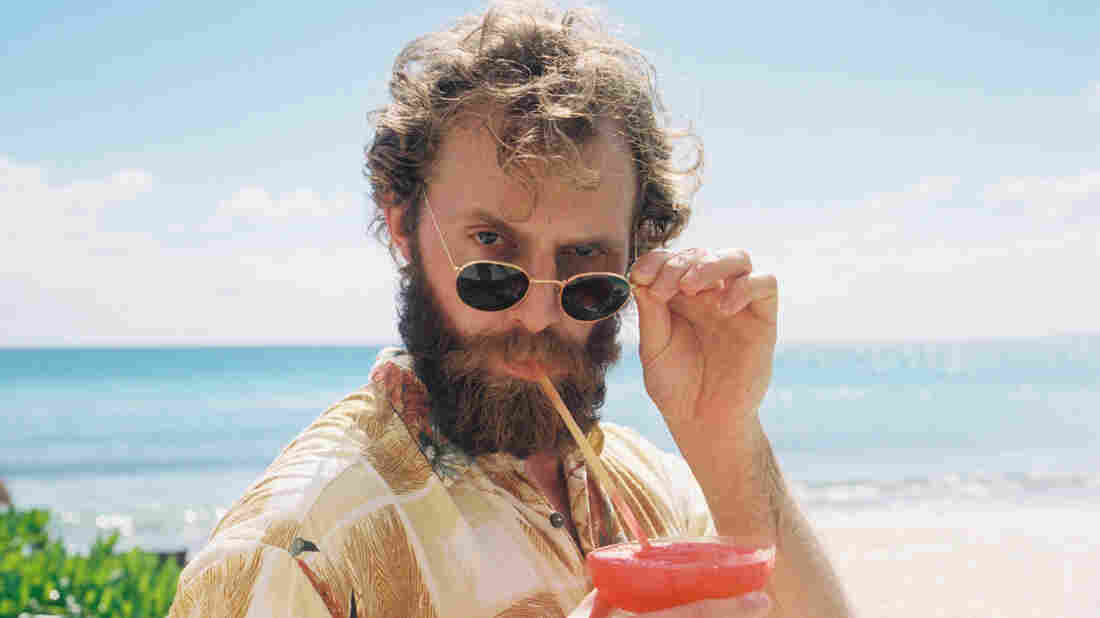 The travails of the Fyre Festival inspired a comedy script mocking it and its attendees. Lode Kuylenstierna / EyeEm/Getty Images/EyeEm hide caption 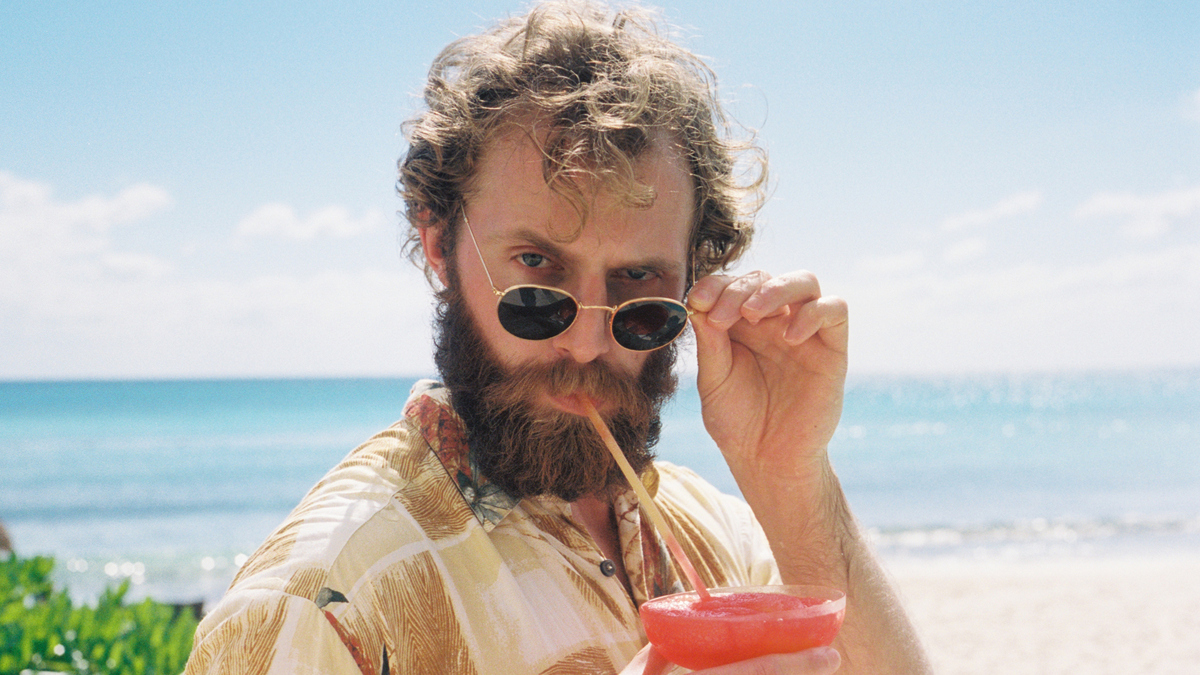 The travails of the Fyre Festival inspired a comedy script mocking it and its attendees.

One week ago around this time, thousands of people seeking a luxurious island reprieve were preparing for a trip to Exuma Island in the Bahamas to attend the Fyre Festival. In the time since, two lawsuits seeking class action certification against the organizers of the disastrous event — and the models that promoted it — have been filed. Until today, when a third joined them.

The suit, filed by two Fyre festival goers in New York's federal Southern District Court yesterday, covers much of the same ground as the first, citing social media posts of poor conditions and a Wall Street Journal report on its failure to pay performers. Filed this past Sunday, the new suit also names Grant Margolin, the event's marketing director, as a defendant and alleges negligence, fraud and misrepresentation and violation of the consumer protection laws of all 50 states (included in order to cover anyone who would join the suit if it is certified as a class action).

A section titled "Plaintiff's Experience" should be familiar at this point to anyone who has paid attention thus far. Matthew Herlihy and Anthony Lauriello each paid $1,027 for their tickets, meant to cover travel and luxury lodging at the event. Herlihy and Lauriello also deposited $900 and $1,000 respectively onto electronic wristbands for purchases they would make at the festival, money neither has yet received. As well, Lauriello's headphones, jeans and sneakers were stolen due to the lack of security at the event.

Now that three putative class actions have been filed, two in California and now one in New York, it remains to be seen which, if any, will be certified as such, or whether the thousands of people who purchased tickets will have to bring individual actions. As well, the defendants targeted more specifically in a suit brought this past Tuesday also leaves open the possibility that the social media "influencers" who promoted the festival — Kendall Jenner, for example, was paid $250,000 while payments to others began at $10,000 according to a report from Billboard today — could also be on the hook.

The whole thing was such a debacle that it spurred the writer Jordan VanDina to pen a spoof comedy script (that is extensively explicit and lewd — and funny) starring Leonardo DiCaprio, Tobey Maguire, the magician David Blaine and the actor Kevin Connolly, best known for playing "E" on the HBO series Entourage. The script, a Hangover-esque buddy romp, brings in Donald Trump, Pitbull, the band Eiffel 65 (responsible for the 1999 earworm "Blue (Da Ba Dee)"), Kendall Jenner and the poor customer service department of United Airlines. While fiction, it's also not such a huge stretch — especially the part where festival goers, zombie-like, desperately seek phone chargers. 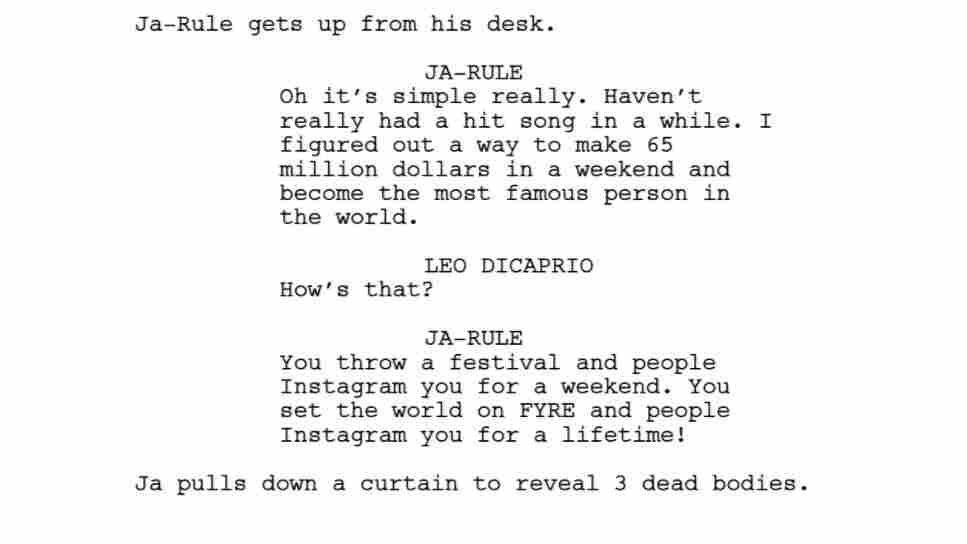 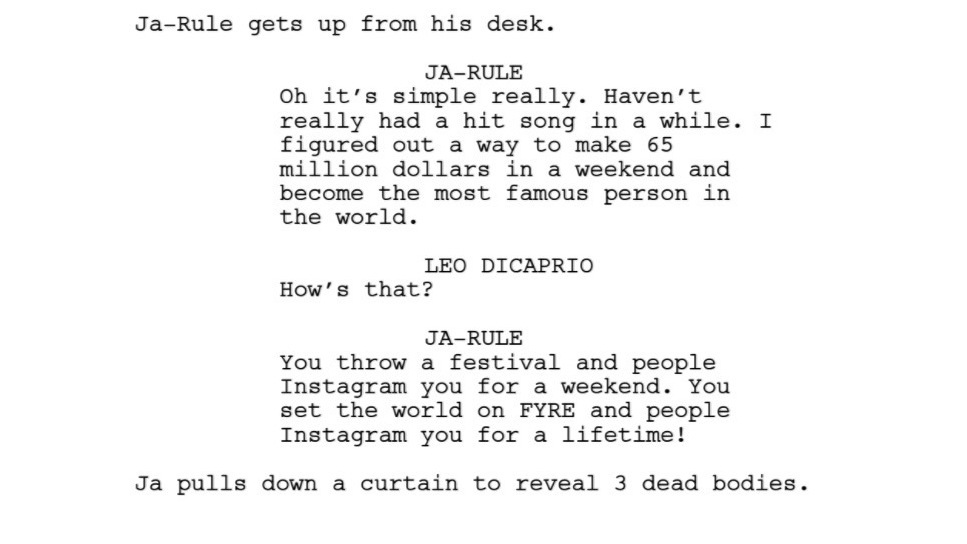 This article originally referred to the United States District Court where the lawsuit was filed as New York's "Second." It is New York's Southern District.