Accessibility links
Gloria Gaynor Performs 'I Will Survive' In The Library Of Congress : The Record The Library of Congress threw a retrospective, "Bibliodiscotheque," in honor of the genre's history — the event could be considered its finish line. 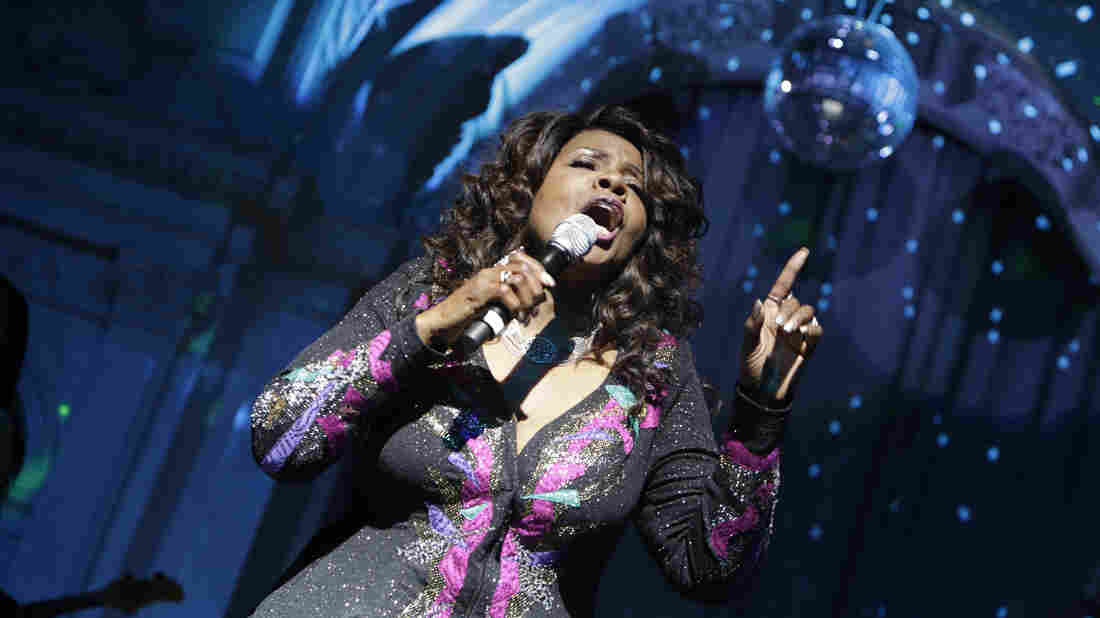 Gloria Gaynor performed in the Great Hall of the Library of Congress for its "Bilbiodiscotheque" retrospective on May 6, 2017. Shawn Miller/Shawn Miller hide caption 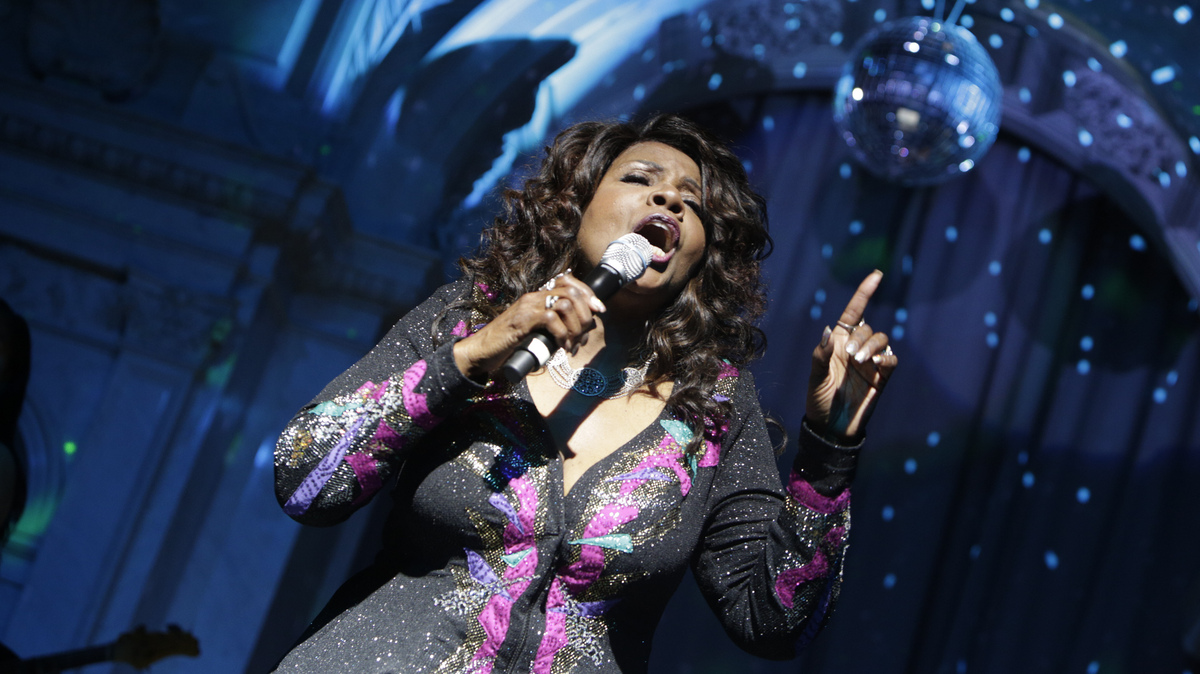 Gloria Gaynor performed in the Great Hall of the Library of Congress for its "Bilbiodiscotheque" retrospective on May 6, 2017.

Gloria Gaynor's "I Will Survive" hit the top of Billboard's singles chart in early March 1979, displacing Rod Stewart's disco spoof "Do Ya Think I'm Sexy." After a decade dominated by disco, Gaynor's song (released the previous October on the album Love Tracks) provided a capstone and also served as one of the final mile markers in a cultural phenomenon that was dominant for much of the preceding decade.

One month before "I Will Survive" hit the peak of the chart, The New York Times ran a story by John Rockwell, "The Disco Drum-Beating in Perspective," which looked to cool the "rock is dead" movement (and its anti-disco counterpart) in popular culture. By approaching it with sensitivity, Rockwell touched on what is perhaps disco's most important legacy:

Disco is undeniably an ever‐more important part of today's pop music. It represents a vibrant part of late‐1970's life‐styles, both the homosexual/ black / Latin subculture and the broader white / suburban emulations thereof ... There is an enormous amount of amusing, danceable, interesting and sociologically significant disco music, and disco styles are having a striking effect on the country at large. And for all its silly escapism, disco represents one of the periodic and welcome infusions of black culture into the white mainstream.

Nearly forty years after this inferno reached a fever pitch, the genre has been officially recognized in a series of events in Washington, D.C. Last Saturday, Gaynor performed her greatest hit in the gilded, grand Great Hall of the Library of Congress, just a year and two months after that institution had it added to the national recording registry. It was a full-circle moment and part of the Library's retrospective, "Bibliodiscotheque," which generated hours of discussions on the history of the genre, including a deep dive into its fashion by Tim Gunn.

Glora Gaynor, "I Will Survive"

The scene, you could argue, was a somewhat perpendicular way to celebrate a musical movement with such deeply transgressive roots — the thumbprint of disco is smudged indelibly into the darker throb of house music and the bounce of hip-hop, for starters — as Rockwell correctly surveyed in the midst of its heyday back in 1979. 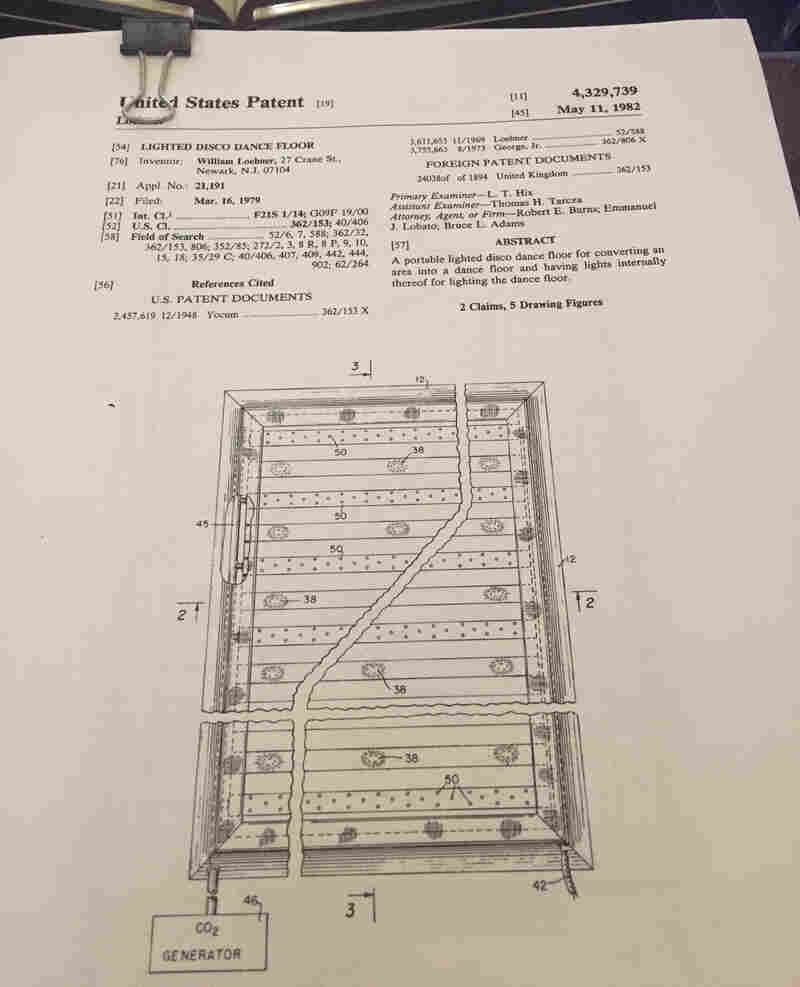 The patent for "Lighted Disco Dance Floor," displayed during the Library of Congress' "Bilbiodiscotheque" retrospective on May 6, 2017. Andrew Flanagan/NPR hide caption

Before the Library doors opened on Saturday, a block-long line of party hopefuls, dressed in their shimmering, tight-fitting '70s best — echoing the famous waits outside Mahattan clubs nearly 40 years ago — waited. Inside, themed cocktails were served. The congressional reading room served as a VIP area. The Library's central reading room, meanwhile, was turned into a survey of disco's place in its vast archives. Matthew Barton, curator of recorded sound at the Library of Congress, displayed news clippings — "Gay Dancers Add to Excitement of Disco Boom" — and records like the relatively obscure Dr. Buzzard's Original Savannah Band and the Richard Nixon-featuring cover for Shirley And Company's "Shame, Shame, Shame." In an email to NPR, Barton says he sought out a selection that "told the story of disco from its early days as a club-based phenomenon to mass popularity, and which also reflected the many communities that contributed to it — gay, straight, black, white, Latino, European, rhythm & blues, jazz, pop and rock."The original patent for a "Lighted Disco Dance Floor" made an appearance.

That the Library threw this event — that it admitted "I Will Survive" into his registry at all — is proof positive of disco's permanence outside the cubed glass of its dance floors. In fact, it's the terminus of that influence; for a music that provided release and, to varying degrees, cultural primacy to the oppressed and marginalized, making a home just across the street from the Capitol of the United States is, literally, as accepted as is possible. Officially, at least.