Accessibility links
By Any Name, Alice Coltrane Turiyasangitananda Was A Force : The Record Some unearthed recordings from this musician-turned-spiritual-leader reveal the many layers of Alice Coltrane's artistic — and personal — identity. 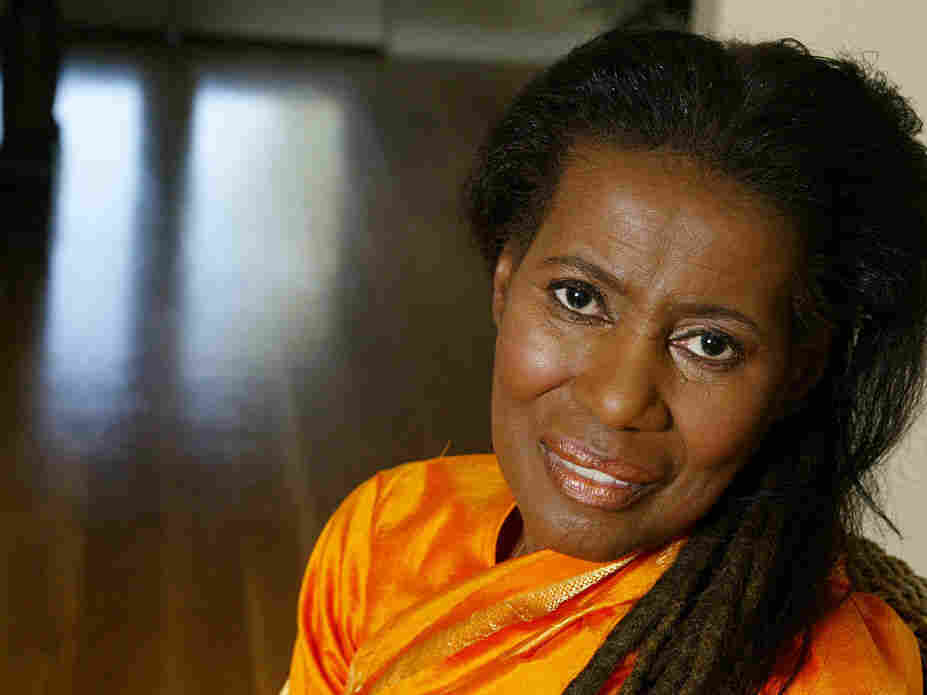 The late Alice Coltrane Turiyasangitananda, in a portrait taken at her home in California in 2004. J.Emilio Flores/Corbis via Getty Images hide caption 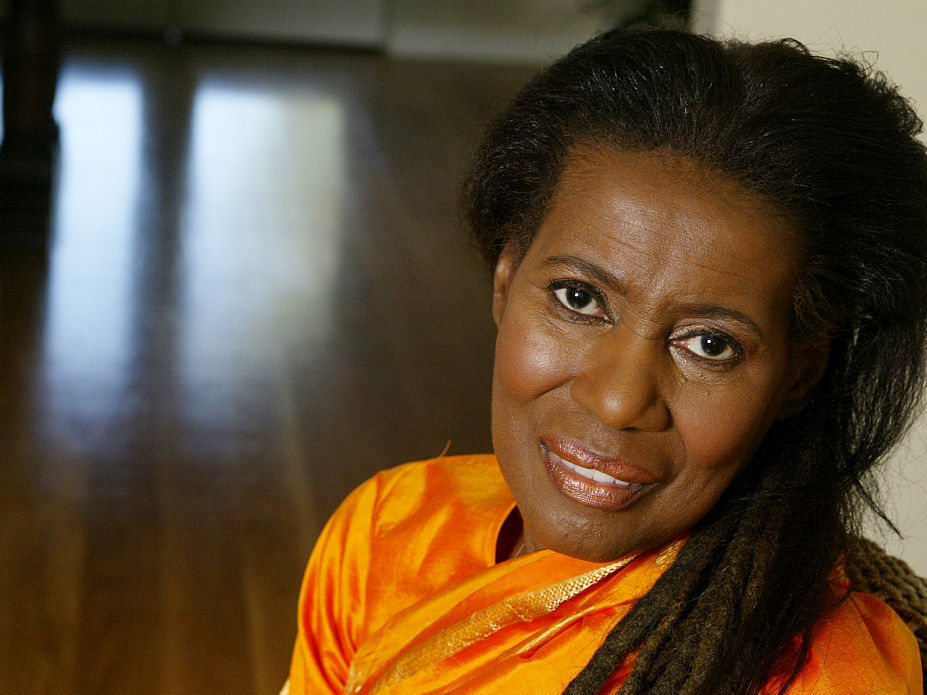 The late Alice Coltrane Turiyasangitananda, in a portrait taken at her home in California in 2004.

The music of the late Alice Coltrane Turiyasangitananda, the wife of the jazz giant John Coltrane, has always rested somewhat in the shadows. It didn't help that she gave her career up — to become a spiritual leader.

But some of her Hindu-inspired recordings by this composer, pianist, organist, harpist, keyboard player and singer have just been released commercially for the first time. A concert featuring some of that material is taking place tonight in Brooklyn, as part of the Red Bull Music Academy Festival.

Alice and John Coltrane were only together for four years before he died of liver cancer in 1967, but they shared a deep spiritual connection, says one of their sons, the saxophonist, composer and bandleader Ravi Coltrane.

"I think they had a very strong sense of this higher power, and a higher function for us all," he says. "It's hard to say who influenced the other more — clearly, my father didn't live long enough to travel to India and pursue all of his spiritual goals. Obviously, my mother did."

After John Coltrane's death, there wasn't an easy road ahead for a musician like her. His legacy was enormous. At the time, jazz was nearly completely dominated by male players. And Alice's own music was experimental, to say the least. Even so, she made a string of albums for major jazz labels in the 1960s and 70s.

But in those years, Alice Coltrane was already gravitating to another path. Eventually, she withdrew from her professional music career to pursue her spirituality. She founded an ashram near Los Angeles. She took on a Sanskrit name — Turiyasangitananda, which she translated as "the Transcendental Lord's highest song of Bliss." Her students called her "Swamini" — "teacher."

Ravi Coltrane says she was something else, too: "I called her mom," he says. "That seemed to work for me."

He points out that she was raising four young kids as a single mother while heading her spiritual community. But she still made music, despite having left her professional career.

"I would say first and foremost she played music in the house every day," Ravi Coltrane recalls. "And I'd come home from school and she'd be at the piano or the organ you know playing these quiet sort of hymns."

"Music was such a big part of her life," Ravi Coltrane continues, "and she found this way to combine it with her spiritual-slash-religious goals. She made this music, essentially, for her students, just to kind of document the songs that they had been using for worship and for part of their ceremonies. And she was at it all the time."

Now, a decade after her death, some of those recordings have been released on a collection called The Ecstatic Music of Alice Coltrane Turiyasangitananda, issued by the Luaka Bop label.

"You can really hear all of her influences — it's like she just put it in a bowl and stirred it up," says harpist Brandee Younger, who has made a specialty of Coltrane's music, and who now frequently collaborates with Ravi Coltrane in performances honoring Alice Coltrane's legacy.

In addition to the Sanskrit chanting in Coltrane's "ecstatic music," Younger hears the gospel from Coltrane's Detroit childhood, and some out-of-this-world synthesizer playing.

In order to understand Coltrane's music, you also have to think about the era she was living through, says Courtney Bryan, a pianist and assistant professor of music at Tulane University in New Orleans.

"During the '60s," Bryan observes, "the whole spirituality of black culture became more diverse, or at least more recognizably diverse. So I find it interesting too, how the spiritual can be political, because there's artists who very clearly were doing political music at that time, and it seemed very political to be able to focus on the other plane through music — but a different kind of political."

"I like how she doesn't follow rules, in terms of being able to record the music she wanted to record," Younger says, "without having label pressure — without having peer pressure — to do a certain thing according to what's going on at the time. There's no box to be clumped into."

Eventually, Alice Coltrane did go back into the studio, coaxed by Ravi, just a few years before her death in 2007. That material became 2004's Translinear Light, her first commercial recording in more than a quarter century.

Ravi Coltrane says his mother approached the recording studio almost as if she was in the ashram.

"When it was time, it was time; and when it wasn't time, it wasn't time," he says. "We had booked these very long sessions, but she'd come in and an hour later she'd say, 'OK, I think that's good for today.' And I'd say, 'Ma, we blocked the whole studio, we've got another eight hours here!' She's like, 'No, I think that we got it today, we'll come back tomorrow and do some more.'"

Ravi says that he and his family were reluctant to let the very personal ashram recordings be commercially released. And yet, it's important for music fans to hear the totality of her work — and have a greater understanding of her spirit.

"She was very, very, very unique," he says. "A very unique person, you know, and had a life like I would imagine very few people might have."