Accessibility links
How Did Toby Keith Get To Do A Concert In Saudi Arabia? : The Record The kingdom famously barred public music performances for more than 25 years. So what's changed? And why did the Saudis alight on an American country music star for one of the first approved shows? 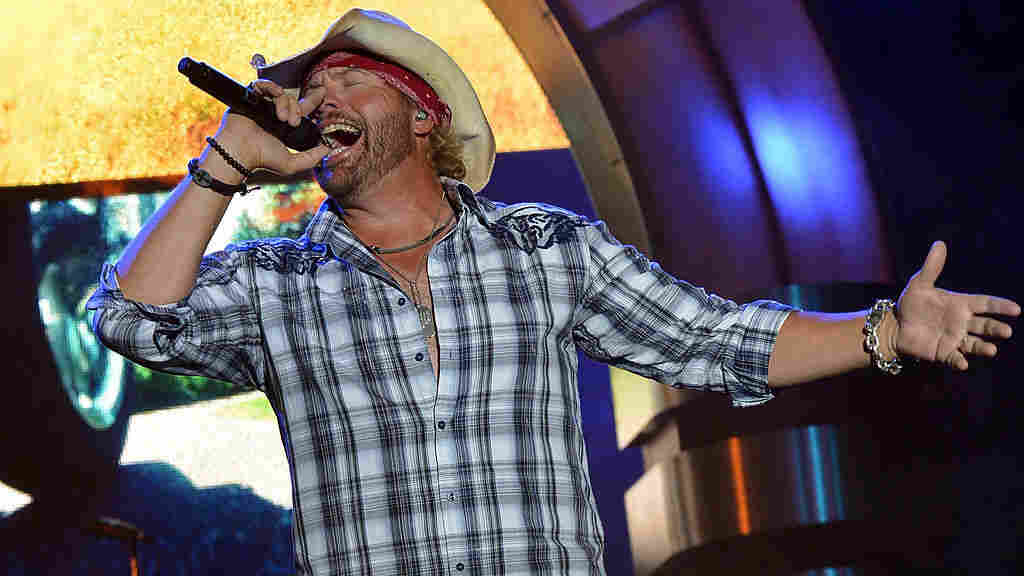 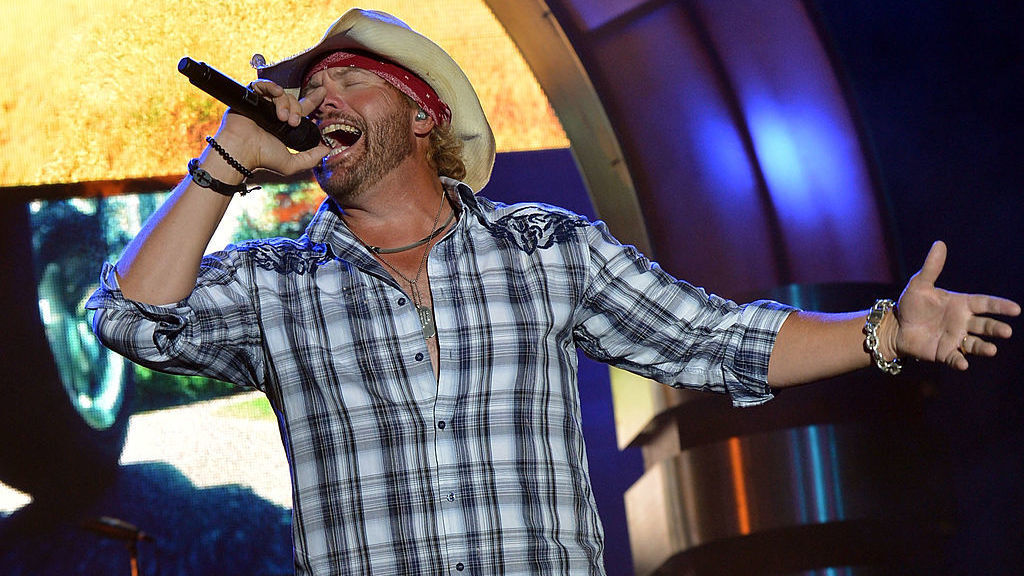 One of the more baffling cultural intersections to take place during President Trump's first overseas trip was a concert that took place Saturday night in Riyadh, Saudi Arabia. It featured American country music star Toby Keith, who performed for an all-male audience.

Keith's performance came shortly after the relaxation of a longstanding law in the Kingdom of Saudia Arabia (KSA). For over a quarter century, and up until just a few months ago, the government banned public music performances in Riyadh, the culturally hyper-conservative capital of the country.

The Saudi government adheres to — and, experts say, exports — a strict, Wahhabist interpretation of Islam; for many clerics and believers, music is haram, or forbidden. (Even within that, there are divergences of thought: some say that vocal music is proscribed, but instrumental music is acceptable.)

Even so, music had not entirely vanished from the KSA, despite the government's edicts. There have been private concerts and an active underground scene for years — with metal an especially popular genre.

However, times are changing in the country — and the shifting attitude is based at least in part on the country's economics. Last summer, the Saudi government announced its ambitious "Vision 2030" plan, which includes goals to diversify its economy and be less reliant on oil revenues. The government is also aware that many of its younger citizens and residents head outside of the kingdom, whether to other Gulf countries or farther afield, to see shows; the Saudi government currently estimates that its citizens spend $20 billion abroad. Creating entertainment options at home could also be a boost to job creation within the kingdom.

As part of that plan, the KSA government established a bureau called the General Entertainment Authority (GEA) that is "responsible for regulating the entertainment sector in the Kingdom, developing it, and elevating all its components and capabilities." That includes musical performances as well as other entertainment offerings. The GEA has already staged some events, like a Saudi version of Comic Con, which took place in February in the city of Jeddah and which drew a reported 20,000 attendees; a January concert by Saudi-born crooner Mohammed Abdo, who has been an Arab star for more than a decade abroad but was never allowed to perform publicly in his home country; and, last month, a concert by a Japanese orchestra that was notable not just for its mixed-gender audience, but for the women performing alongside men in the ensemble.

The GEA's upcoming show calendar includes the Harlem Globetrotters, comedy shows, and performances by the Blue Man Group, with each carefully designated with admittance for men only or for "families," meaning that women are permitted to attend, as long as they are accompanied by their male guardians.

In an April interview with Reuters, the chairman of the GEA, Ahmed al-Khatib, reportedly said that his goals include recreating the cultural scenes of cities like London and New York and that conservatives could "stay at home if they did not care for the events." In a later statement also given to Reuters, al-Khatib said that "authorities would provide other entertainment options for conservatives and that all participants in the events would be required to adhere to Islamic principles."

A Saudi spokesman told the Washington Post that the Toby Keith concert was organized by the GEA to mark the end of exam period for the kingdom's students. The concert was sponsored by the Dubai-based MBC Group, a regional satellite broadcasting company.

So why was Toby Keith among the GEA's first musical picks? For one thing, American brands and entertainers already have a significant fan base in KSA: There was a Harley-Davidson rally in Riyadh this past Friday night in honor of President Trump's visit, and the venue that hosted the Toby Keith show in the Saudi capital is also home to WWE shows.

Nevertheless, Keith's performance in Riyadh was leavened with some local talent. He sang and played alongside a popular Saudi singer and oud player named Rabeh Saqer — who, apparently, for many attendees was the real draw.

The Washington Post reported last week that the country singer would not be traveling to Saudi Arabia with the president, nor that the administration was even aware of Keith's concert in Riyadh. Nevertheless, Toby Keith is also one of the few American A-list entertainers who has been associated with the Trump presidency, having performed during Trump's inaugural festivities. (A press pool report stated that Trump and the Saudi ruler, King Salman, paused for a bit in their shared golf cart to take in a few moments of the concert, which was being shown on a nearby large television screen, before wheeling onwards to dinner.)