Accessibility links
Ariana Grande, Katy Perry, Miley Cyrus To Perform At One Manchester Benefit Concert : The Record Pop star Ariana Grande will return to Manchester this Sunday, June 4, as part of a concert called One Manchester, to be held at a famed cricket field southwest of the city. 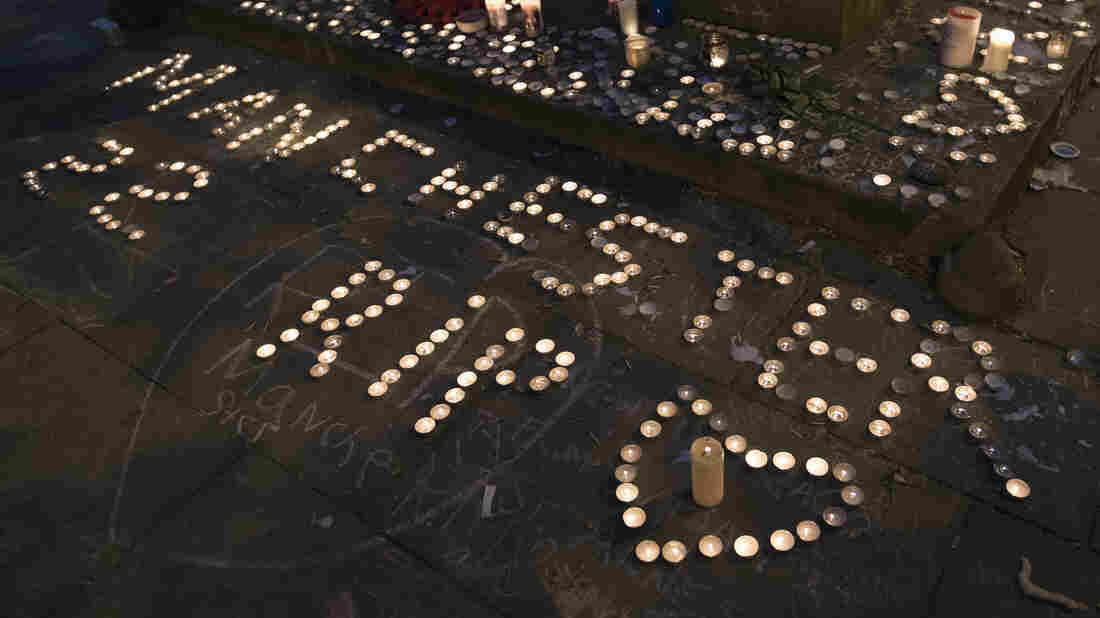 Memorial candles during a vigil on St Ann's Square in Manchester on May 29, 2017, one week after a bomb attack timed to the conclusion of a concert by Ariana Grande at the Manchester Arena. Grande and others will perform Sunday, June 4 to raise money for victims and their families. Jon Super/AFP/Getty Images hide caption 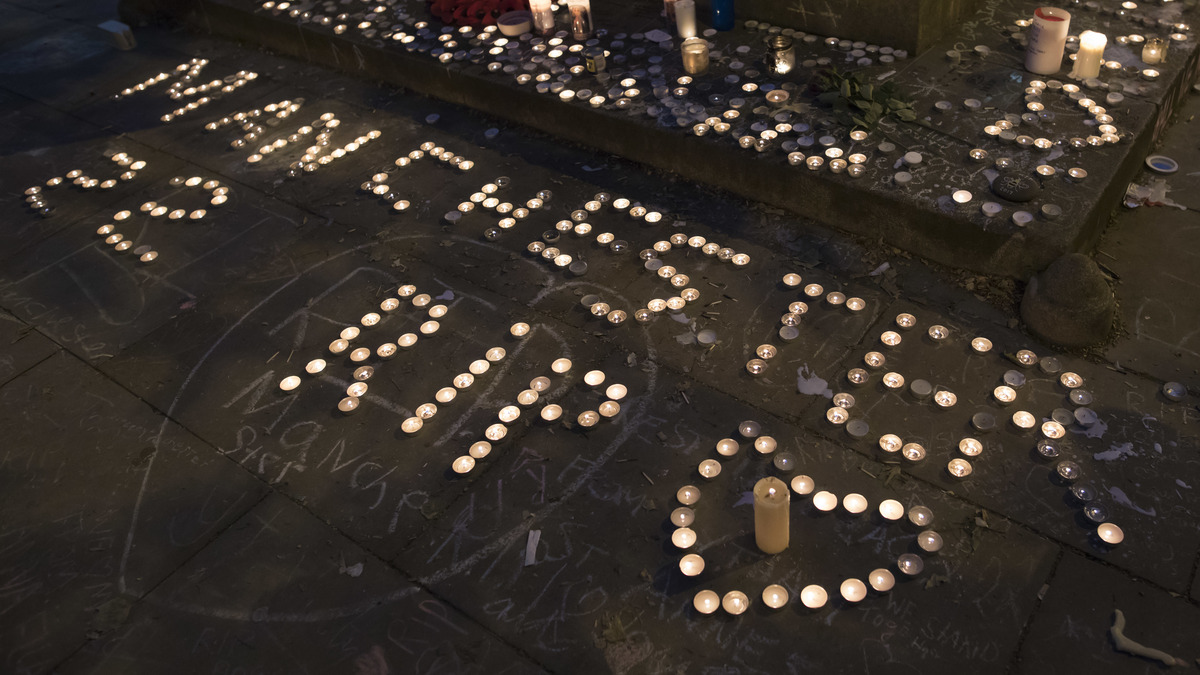 Memorial candles during a vigil on St Ann's Square in Manchester on May 29, 2017, one week after a bomb attack timed to the conclusion of a concert by Ariana Grande at the Manchester Arena. Grande and others will perform Sunday, June 4 to raise money for victims and their families.

Pop star Ariana Grande will return to Manchester this Sunday, June 4, as part of a concert, One Manchester, to be held at a famed cricket field southwest of the city. The concert is intended to honor and raise money for the victims and families of the May 22 bombing in the city. The attack, which occurred just outside of the Manchester Arena and was timed to coincide with the conclusion of a performance by Grande, killed 22 and injured dozens more.

Grande will be joined by Katy Perry, Coldplay, Justin Bieber, Miley Cyrus, Pharrell Williams, Usher, Take That, former One Direction member Niall Horan and others yet to be announced at the Emirates Old Trafford Cricket Ground, which can support an audience of 50,000.

Reached by telephone, One Manchester producer Live Nation, which also promoted Grande's Dangerous Woman tour, of which last week's Manchester Arena show was a part, directed NPR to an outside publicist when asked of specifics for Sunday's concert, who responded that organizers are not commenting on security measures at this time. Attendance, pricing and other performers will be announced "in due course."

Concerts in Manchester have had increased security since last week's suicide attack, carried out by British-born Salman Abedi. A performance by The Courteneers that took place at Old Trafford this past weekend was subject to increased security, with all entering the venue searched and no bags being allowed on the grounds. The One Manchester benefit also mentions a similar no-bag policy and likely have concertgoers undergo equally stringent security measures.

A joint statement posted by trio of Manchester venues — Albert Hall, The Deaf Institute and Gorilla, all owned by the Trof company, which also operates two bar/restaurants in the city — indicated that events at all three would go forward as planned and that their "management and security teams are in regular communication with the police and relevant authorities and are continuously reviewing and enhancing our safety procedures."

Fourteen people remained in custody in connection with an investigation into the bombing and 19 people, including six children, remained in critical condition as of Monday, The Guardian reported.

Fans who attended Grande's May 22 concert are being offered free tickets to the event if they register by tomorrow, May 31. General admission tickets go on sale the following day, and the show will be televised worldwide via the BBC and streamed digitally by an as-yet-unnamed digital partner that will "be announced soon."

A testimonial soccer match (a "for-fun" match that does not count towards teams' standings) scheduled to celebrate the career of Manchester United footballer Michael Carrick — also a charity event — was moved to accommodate the concert.

"We are proud to be part of what promises to be an emotional occasion and a showcase of music, enjoyment, memories and reflection, that we can hope can go some way to easing the pain and heartache that this great city has endured in the last week," David Hodgkiss, chairman of Lancashire County Cricket Club, told the Manchester Evening News. Hodgkiss continued, saying the field would "continue to work closely with the artists, promoters, Police, Trafford Council, Manchester City Council and all relevant authorities to ensure that the event is a fitting way to remember the 22 people who lost their lives, the hundreds who were injured, and the many other people who will never forget, and always be affected, by the awful events of Monday, 22 May, as well as continue to help promote the fundraising initiatives of the We Love Manchester Emergency Fund."