Accessibility links
In $43 Million Settlement, Spotify Forced To Confront A Persistent Problem : The Record The streaming service settled a class action lawsuit filed by songwriters who accused Spotify of using their work without a license. 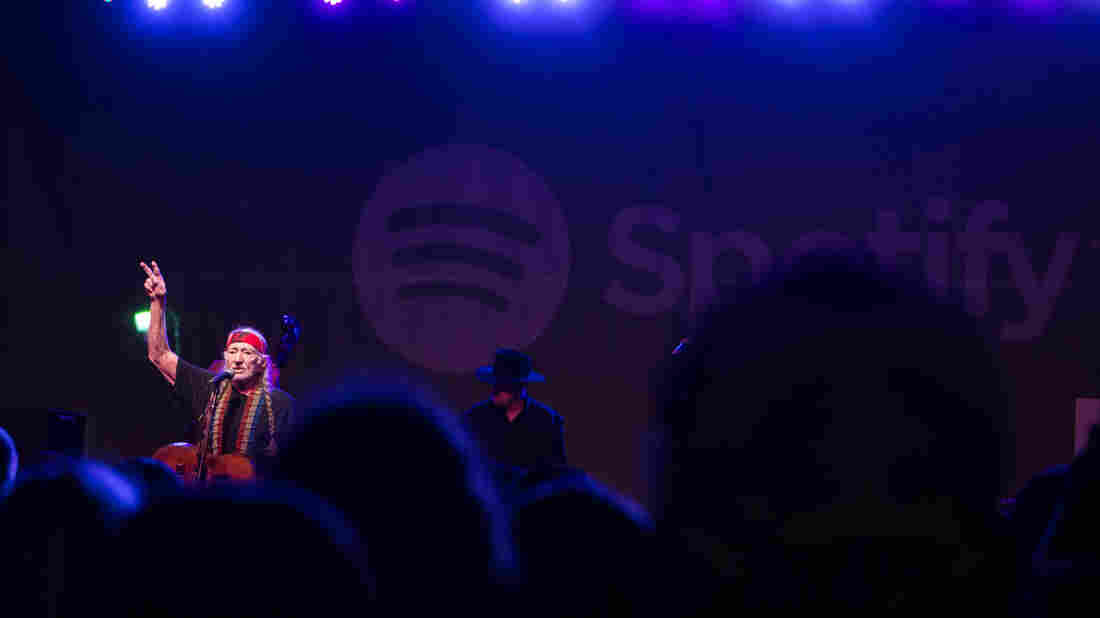 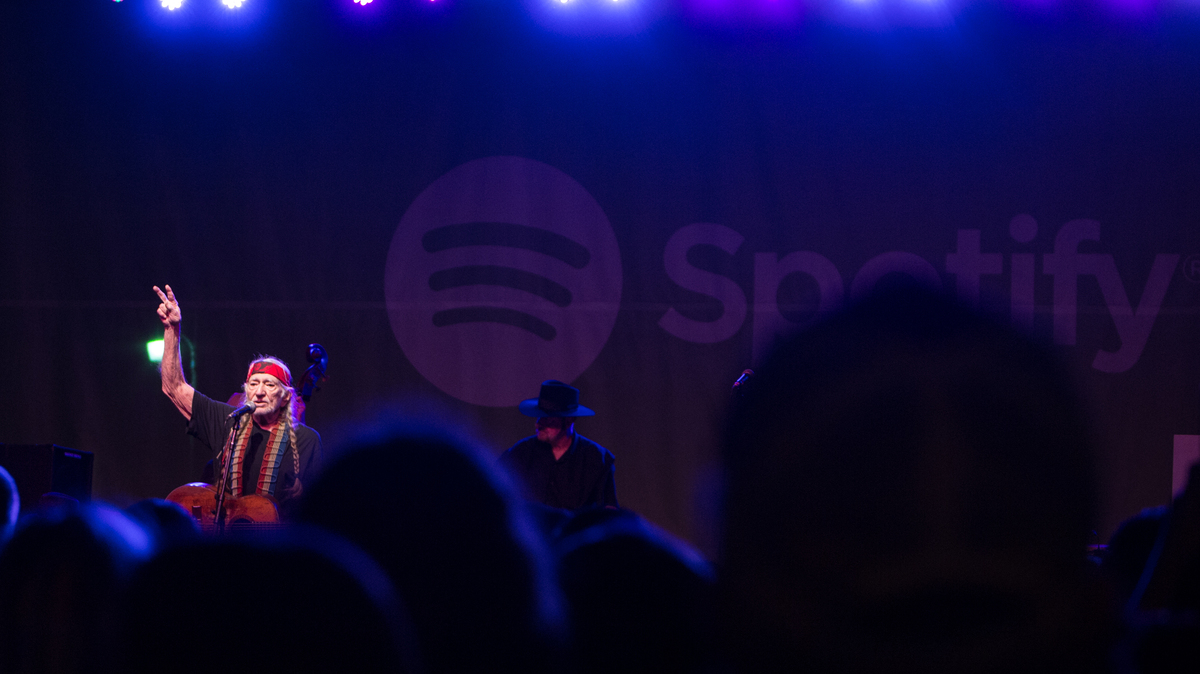 Willie Nelson performs at The Spotify House during SXSW on March 13, 2016.

Spotify has agreed to put $43.45 million on the table (and an additional $5 million for attorneys' fees) in order to settle a class action suit brought against it by songwriters who accused the company of not licensing or paying them for use of their music.

"This is the first time that songwriters, not one of the industry organizations, have successfully mounted a sort of corrective measure against the streaming services over this unlicensed use of their work," says David Lowery, a songwriter and artist advocate who brought the first of two lawsuits against Spotify before his was absorbed by a subsequent class action suit-- brought by three people, the musician Melissa Ferrick, the estate of famed bassist Jaco Pastorius and Gerencia 360 Publishing, which administers a small catalog of Latin music. "It's the first time we've had some sort of general, broad victory like this," Lowery tells NPR. "It's kind of historic."

Lowery's suit and the one filed by Ferrick, Pastorius and Gerencia were largely identical. Each accused Spotify of failing to properly licensing their work before making it available to stream to its customers. Spotify has always maintained it wants to pay for every penny of music it streams, but has repeatedly pointed to a lack of sufficient data on where to direct that money — the recordings of songs are generally paid out properly, while compositions have had consistent problems. (A similar suit was brought against Tidal last year, while YouTube and SoundCloud have both had their own head-on collisions with the problem.) Spotify refused to comment on the settlement or the lawsuits that sparked it.

Jeff Price, co-founder of Audiam, a company which helps labels and artists track uses of their work across digital platforms like Spotify and YouTube, has long maintained that the onus is on the services using the music to make sure they're properly licensed and paying up. "All on-demand services [like Spotify, or Apple Music] are required to get permission — a license — from songwriters. And many of the challenges that face Spotify also face these other services," Price tells NPR. "If you're going to create a company that uses other people's stuff to make money, you need to build an infrastructure to identify and get permission to use that stuff, and then make the appropriate payment. Fortunately in the United States we have laws to protect people from the use of their intellectual property."

Price says that services never built that song identification infrastructure in the first place. "The same challenges that did or didn't exist for Spotify do or don't exist for everybody else as well — let's say there was a magical database with every piece of information about every song in the world. Many of [the digital streaming services] couldn't even use that data, because they have no way to take it in and use it."

Price should know — he's a large reason this sizable settlement exists. Both suits trace back to late 2015 and a public spat between Spotify and Victory Records, a well-known, mid-sized Chicago metal and hardcore label. Assisted by Audiam, Victory found a large discrepancy between the payments it was receiving from Spotify for the recordings it controls and the money Spotify was sending to Another Victory, the label's sister publishing arm which deals with songwriters and compositions. Victory was getting money, Another Victory was not, to the tune of 53 million streams. (For numerical context, Drake's "One Dance," the most popular song of last year, was streamed 1.23 billion times — not to suggest that less popular songwriters don't deserve to be paid the same as everyone else.)

A little over a month later, following some tit for tat in the press between Victory and Spotify, the streaming service announced in a blog post its plans to to create an "administration system" to deal with the problem going forward. Another month later, Lowery and Marrick/Pastorius/Gerencia each filed their lawsuits. Lowery's suit even made an oblique reference to Spotify's blog post as supporting his case.

A year later, during which time Spotify settled another lawsuit with a more mainstream trade body around the same issue for an estimated $21-30 million, Spotify and those plaintiff-songwriters have come to an agreement that creates a substantial pool of money for others whose work may have gone unpaid and also doubles down on Spotify's earlier promise to create a way to fix the deeper, byzantine problem. The settlement calls for the formation of a committee that could prove substantive for those who nest in the industry weeds.

According to the settlement, the "purpose of this committee will be to discuss sharing of catalog data in order to facilitate mechanical licensing" and the "digitization of pre-1978 copyright records for free use by the public." Whether these organizations and companies — somewhat incongruously, all quite major players being cited in a suit brought by some very small-footprint, independent artists and business — can actually create any reasonable fix to a persistent problem with digital listening remains to be seen. It's been attempted before and has failed every time.

However pointed his years-long criticism of the industry has been, Lowery remains optimistic: "I'm kind of hopeful that this pushes the entire industry — songwriters, record labels, everybody — towards a big fix for all of this."