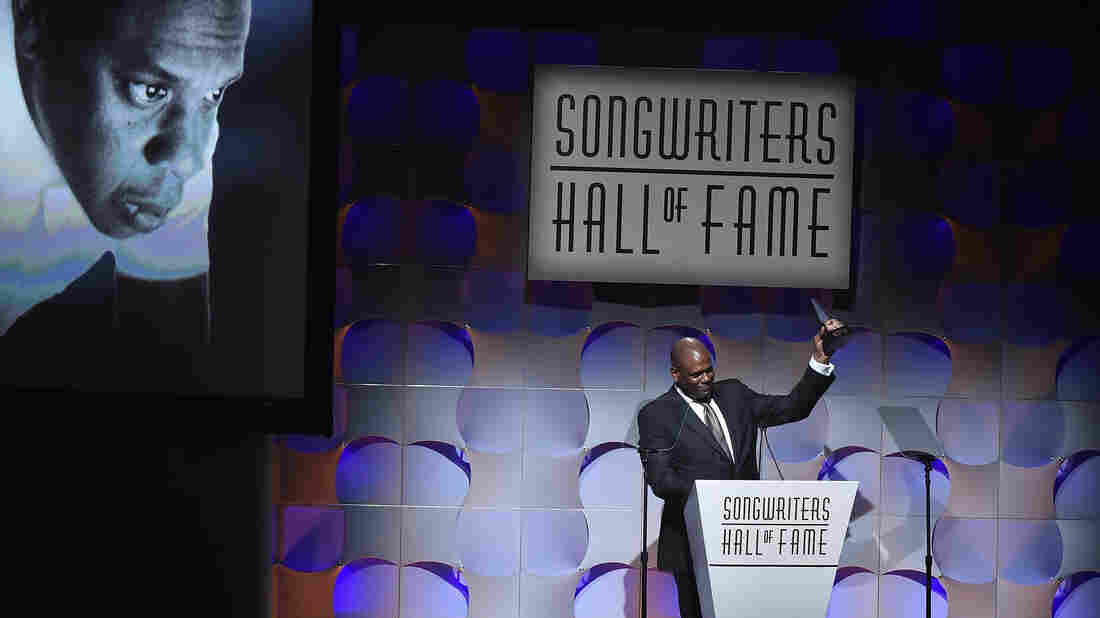 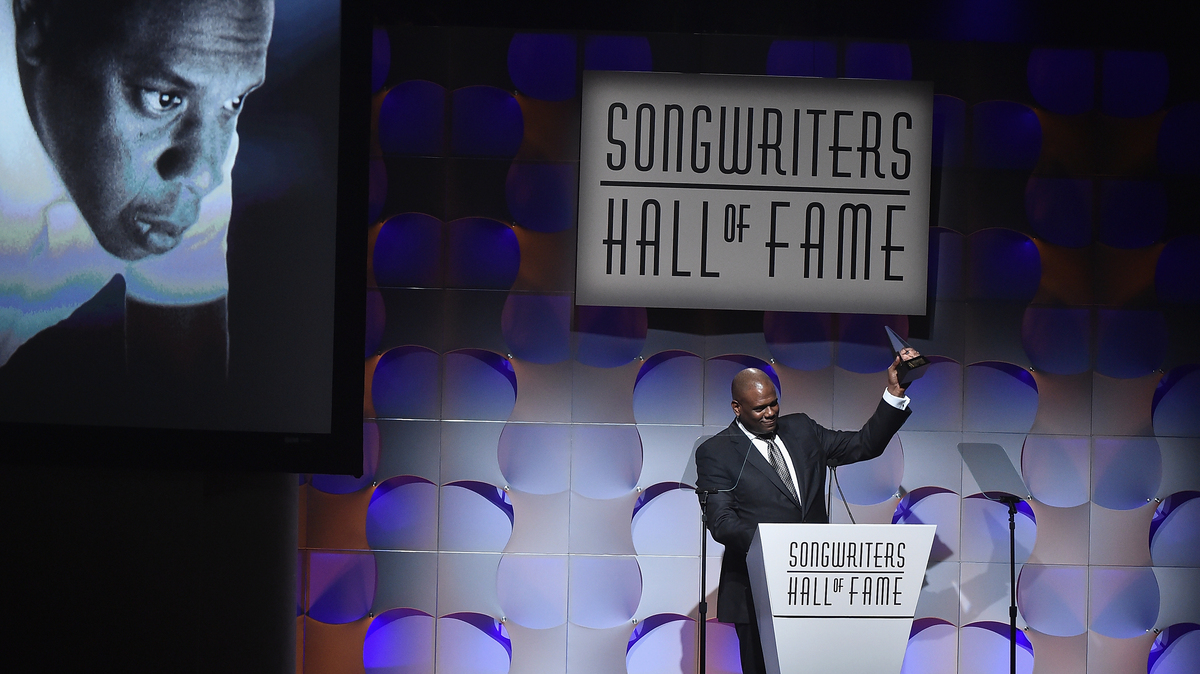 "I'm pretty sure I'm still the only President to listen to Jay Z's music in the Oval Office," former President Barack Obama said last night in a taped address to the assembled gathered at a ceremony in New York. "That may change at some point, but I'm pretty sure that's true now." And with that most epic of introductions, Jay Z, born Shawn Carter, became the first rapper inducted into the Songwriters Hall of Fame.

Like Obama, Jay Z himself was not in attendance at the ceremony — his wife (Beyoncé) is pregant with twins and rumored to be close to labor. (Obama's speech, in fact, was read like tea leaves for having possibly revealed the sex of the two newest Carters when saying Jay Z would soon "have him beat" in how many daughters each has.)

Accepting the award on his behalf was Jon Platt, the CEO of Warner/Chappell Music Publishing. He opened with an accurate joke: "If this was a hip-hop room, to get that introduction and people are expecting to see Jay, and they see Jon Platt walk out here?"

"The hip-hop community has a very long history of being told 'You're not songwriters,'" Platt continued. "'You're not quite there yet,' 'It's not your time yet.' Well, to all the songwriters and artists from our community and our generation, Jay would want you to know that this induction is a signal that your time has come and your time is now. He would tell up-and-coming hip-hop artists today that there can be no mistake or question that you are indeed songwriters, and your gift cannot ever be overlooked. And Jay would want you to know that as proud as he is to be the first, he's even more proud that he won't be the last."

After the ceremony, Jay Z took to Twitter to thank his artistic forebears and influences in a whirlwind of sporadic punctuation. As in Platt's speech, his tweetstorm (during which he included an aside we can all relate to — "I'm deleting this app in the morning. S*** is impossible to get right") made one thing clear — he may be the most famous rapper alive, but nobody does it themselves.