Accessibility links
Anita Pallenberg Was No Simple Muse : The Record In the wake of her death last week at the age of 73, Pallenberg was most-often referred to as a 'girlfriend' — she was, in fact the source of The Rolling Stones' next-stage fashion sense.

Anita Pallenberg Was No Simple Muse

Anita Pallenberg Was No Simple Muse 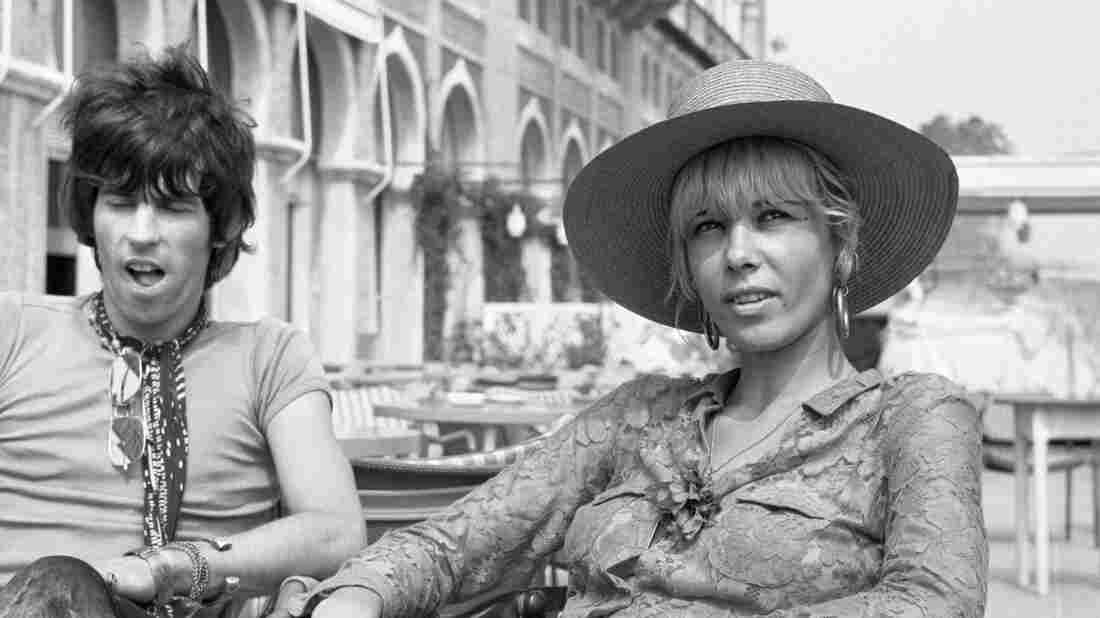 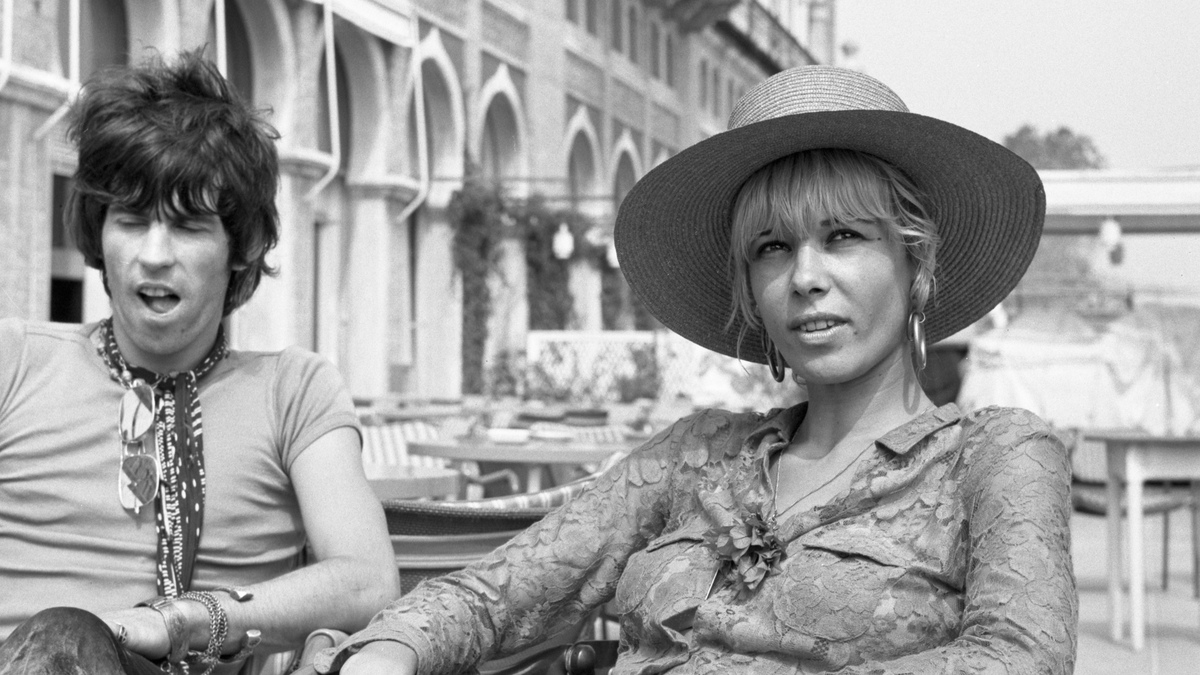 Anita Pallenberg, sitting outside the Excelsior Hotel in Venice alongside Keith Richards in 1967.

Arguably, no single rock musician has had a greater ripple effect on both men's and women's fashion than Keith Richards. Things that shouldn't have made sense — from Nudie suits and scarves as belts, to cheetah-prints and graphic striped trousers mixed with polka dots — always looked effortless on him. Unbeknownst to many at the time, it was Anita Pallenberg's closet from which Richard was pulling.

"As a kid I wanted to dress like Keith Richards, I wasn't at all interested in women's fashion, it was guys in bands I wanted to emulate," British designer Pamela Hogg tells NPR Music. "But it was a long time before I realized Anita was behind all these great looks, they couldn't help but be influenced by her amazing sense of style, it was contagious." She and Pallenberg would eventually connect in a coffee shop in Paris in the 1980's, and their friendship would result in Pallenberg walking Hogg's runway during London Fashion Week in 2016.

When Pallenberg, a German-Italian actress and model, died last week at 73 she was remembered foremost, if headlines are any guide, as The Rolling Stones' "muse and rock-star girlfriend of Keith Richards. She was, clearly, much more than that — an icon and creator in her own right, the baddest of the bad girls, an incendiary force who helped the Stones become the Stones. Pallenberg was the one who shook the shy, awkward schoolboys out of the band's system and helped extricate their inner outlaws. The truth is, it's hard to imagine what the Rolling Stones would have would have looked like had Pallenberg never made her way backstage at a show in 1965. 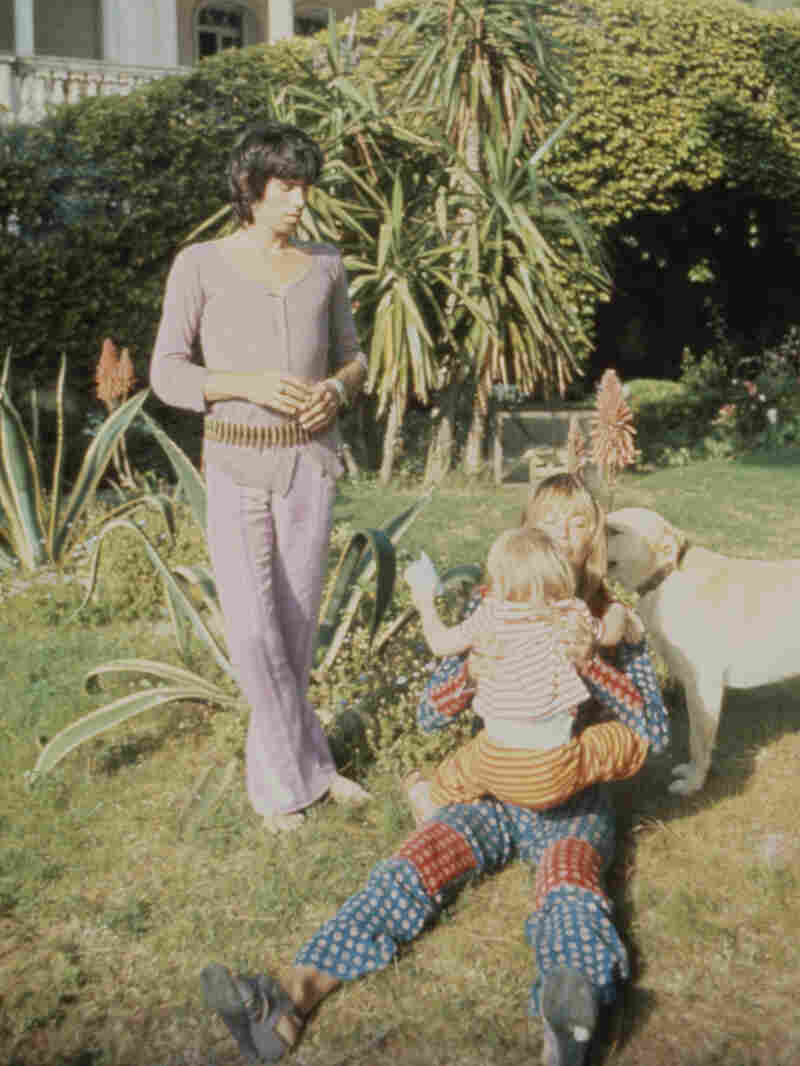 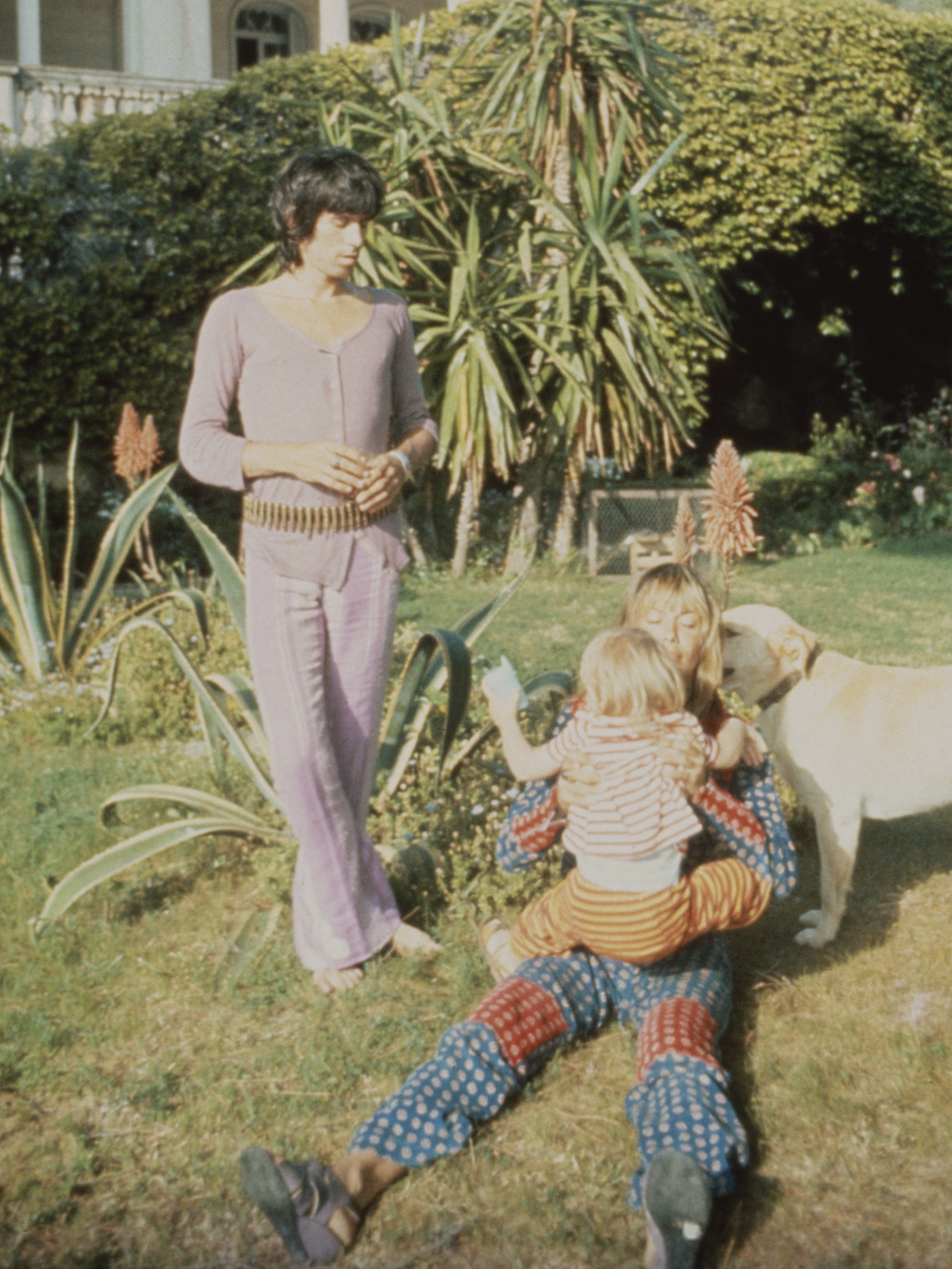 Keith Richards with Anita Pallenberg in 1970.

By the time she moved into an apartment with then-guitarist Brian Jones in 1966, The Rolling Stones had ditched its matching houndstooth coats for a mix of tailored blazers, skinny ties, slacks and polo shirts, in an attempt to out-fab the Fab Four. "The Beatles are all over the place, like a bag of f****** fleas, right? And you've got another good band. The thing is not to try and regurgitate the Beatles. So we're going to have to be the anti-Beatles," Richards wrote in his 2010 memoir, Life.

From feathered boas, furs, satins and velvets, Pallenberg's extravagant and imaginative style quickly became the band's own. "[Anita and Brian] were both dauntless shoppers and excessively vain. Hours and hours were spent putting on clothes and taking them off again. Heaps of scarves, hats, shirts and boots flew out of drawers and trunks. Unending trying on of outfits, primping and sashaying," Marianne Faithfull, a close friend of Pallenberg's, wrote in her 1994 autobiography, Faithfull. "I would sit mesmerized for hours, watching them preening in the mirror, trying on each other's clothes. All roles and gender would evaporate in these narcissistic performances where Anita would turn Brian into the Sun King, Francoise Hardy or the mirror image of herself."

The contrast of the Stones' raw, blues-inflected sound with the decadence of their appearance would transform the band into cultural icons, not just pop stars. And unlike artists who come up with new looks for different album cycles, once the Stones began following Pallenberg's lead, they continued cultivating that singular look for the decades to come. Within the band's style entity, individual members had nuances — shimmying Mick Jagger, for example, was the more flamboyant of the bunch, while Charlie Watts opted for a more tailored look.

Like Faithfull, who wrote that Pallenberg was "dazzling, beautiful, hypnotic and unsettling" and that "other women evaporated next to her," Hogg concedes that, more than the clothes themselves, it was Pallenberg's spirit that made her such a phenomenon. "Her personality made her style work, she was a free spirit with only her rules to follow or break. She had natural style, you can't buy that. You instantly knew you were in the company of a caliber woman."

This article previously misstated the publication year of Faithfull, Marianne Faithfull's autobiography, as being 2010. It was 1994.